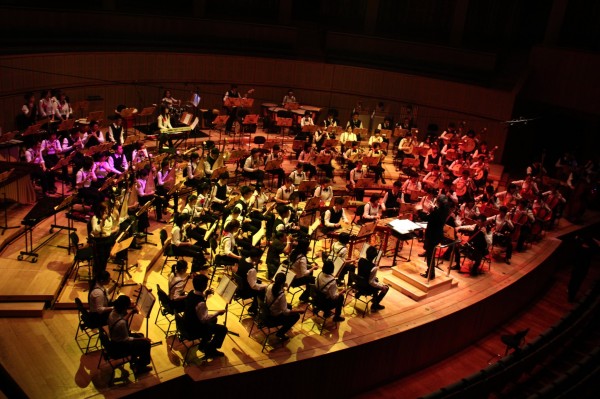 [EXCLUSIVE] Interview with NYPCO, the Chinese Orchestra that plays K-pop

By Adrian | May 28, 2012
FacebookTwitter
SubscribeGoogleWhatsappPinterestDiggRedditStumbleuponVkWeiboPocketTumblrMailMeneameOdnoklassniki

Founded in 1996, the Nanyang Polytechnic Chinese Orchestra (NYPCO) has grown from a humble ensemble of 45 members to its present day 155-strong group of enthusiastic students and alumni musicians.

For more than a decade, NYPCO has created their own distinct modern spin of traditional Chinese music, constantly pushing the musical frontiers against all odds with their own unique composition of western and modern pop pieces using classical Chinese instruments for the sound that is unheard of.

Under the baton of its resident conductor, Mr Mike Chiang , the NYPCO aspires to achieve even greater heights of excellence each year, having won many accolades since its first foray into music festivals and competitions five years ago. Known for his bold artistic vision and fresh dynamic interpretations of classical Chinese music, Mr Chiang collaborated and struck notes with the NYPCO members to introduce western music, Chinese pop, evergreen songs and even Japanese and Korean pop pieces into the repertoire.

In October 2010, the Orchestra’s performance clip of a specially-arranged K-pop Medley was uploaded on YouTube and amassed more than 28,000 views worldwide within a short space of time, making it the fourth most favorite music clip on YouTube for that month! Numerous international websites, including Korean sites and local media such as The New Paper, featured the success of this viral hit.

Thanks to the nurturing support endowed by the NYP management, the NYPCO has grown from strength to strength, giving the young performers new opportunities and inspiration to hone their musical talents and enrich their learning journey.

Mike Chiang is a young talented homegrown musician formerly with the Singapore Chinese Orchestra (SCO). He is also a member of The Huqin Quartet that was honored with the distinguished Singapore Youth Award (Team) in 2004 for their pioneering efforts and musical excellence. 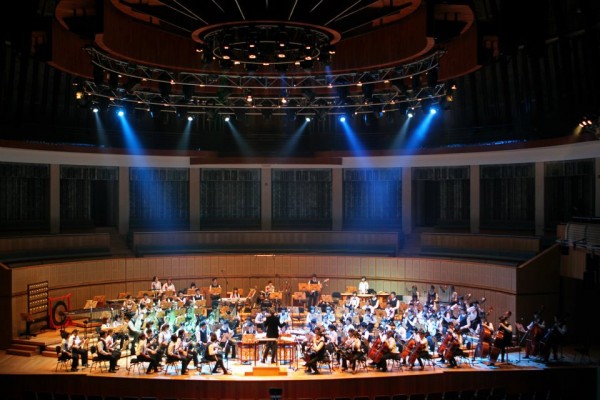 Last year, NYPCO presented its first ticketed K-pop Chinese Orchestra performance in Esplanade Concert Hall, on 27 Nov 2011. The concert was a success and marked a new beginning of raising the K-pop genre to a new level at a time when K-pop was being hailed as a global phenomenon. hellokpop was honored to be able to meet up with the man who holds the baton, Conductor Mike Chiang, for an interview about the NYPCO’s impressive efforts in presenting K-pop to the orchestral world and attracting K-pop fans’ attention around the globe.

Q: Tell us briefly about yourself and your musical journey

A: Music is for everybody. I took over NYPCO 8 years ago, and started to play pop songs in order to encourage teen members to join the  activities as I do not have sufficient members back then. Over these years, we have done mandarin pop, jpop and just recently kpop. Kpop is now the biggest thing, whole universe I can say, perhaps every corner of the world everyone is listening to, using chinese orchestra to reach out to more audience that has never been able to.

Q: Was that the reason why NYPCO participate in Yfest 2010 to showcase the first performance of K-pop music?

A: Yfest 2010 (Youth Festival) is held in conjunction with Esplande because of YOG (Youth Olympic Games). Initially the Kpop performance that happened last year was not  in the programme list, as theme of Yfest was Supah Heroes (of all cartoons, fictional superheroes eg. Superman, Spiderman) but it was instead an on-call. We have very tough training over the location to create the sound that doesn’t sound like Chinese Orchestra but yet it was from Chinese Orchestra. After the performance, we have good well-received responses, so we decide to play an additional piece that was prepared ahead for this project and that is the Kpop medley you have seen and heard. It is the first medley we play and to test the market. After we play and posted on YouTube, it (the response) was crazy. So we decide to plan a full ticketed concert on just K-pop songs in 2011, and we have a full house and the tickets are completely sold out.

Q: What was the theme ”K-attack” about? Is there any significant concept that it was represented for?

A: The students come out of the name, we discussed and decide this will be a good theme so as to ”attack” a wide range of Kpop songs to present to our audience. It will be a challenge for us to present a full chinese orchestra concert on Kpop music.

Q: There were many K-pop songs played and so how did you go about the song selection?

A: The song selection is tough especially when we have played songs that are merely just one month old and even just released weeks ago! Firstly, the arrangement is commissioned work, so we pay professional to do the arranging with a 5-figure budget in full support by Nanyang Polytechnic to create awareness and allow the students to expose to such large scale of performance. With the tough selection due to the wide varieties of styles (eg. rapping, repetitive notation), I want to select the most popular groups or rather everybody. Last medley, we have feedbacks on how come we do not add this or that, so we decide to challenge ourselves and be fair to our audience this time. My team actually sends me 300 over songs for selection. About 3 weeks later, we manage to scale down to 100 and then finally to 30 songs. In total, we played 16 full songs, 1 Kpop medley 2 and lastly Kpop medley 1 that was played and went viral online last year.

Q: During the concert, you actually did some impressive Korean raps. How did you manage to do it, how long did you take to learn, or are you actually proficient in Korean?

A: It was challenging, more than I have to play solo. I actually don’t know what I am speaking but we have one member who is good in Korean. So I ask her to teach me how to pronounce correctly, and

later I cut out the parts with raps (Dream High and I’ll Be Back), slow down the speed and played it on repeat whenever I get on my car. I have to learn verse by verse slowly and listen a lot of times.

A: Not now as we do not know how this will go. However we do have plans to come up with a DVD that feature all our past concerts and performances, and that include the non-Kpop as well.

Q: Lastly, is there plan for more K-pop concert in the coming years?

A: We will have an annual concert in Esplande because they have already wanted us to perform on a yearly basis, whether it will be a Kpop concert or others, I do not know of now. But if Kpop continues to be well-received, there is no reason for us not to do so. 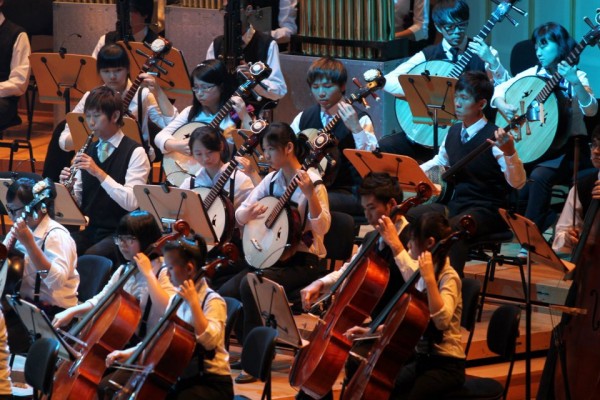 From NYPCO President and Alumni –

President – Kok Chuan – Hope everyone will continue to support NYPCO’s performances and we really appreciate.

Alumini – Huiyi – It was fun to join NYPCO because you have the exposure which you do not get elsewhere, and teacher is very nice, and always try to glitch deal and opportunities for us to take up and enrich ourselves. 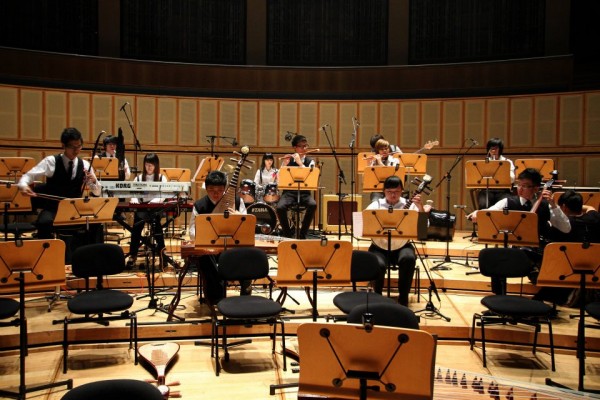 Toward the interview, Mr Mike has actually requested hellokpop readers to help in the song selection because he believes in engaging audience and the audience can play a part in the performance too.

So if you have any latest or Kpop hits in mind that you like to listen as song without words expressed by Chinese Orchestra, feel free to comment below so that we can take your suggestions of songs to NYPCO!

If you have not been able to catch the concert, check out the two performances’ videos below!

Stay tuned to hellokpop for updates on the next K-pop performance by NYPCO!