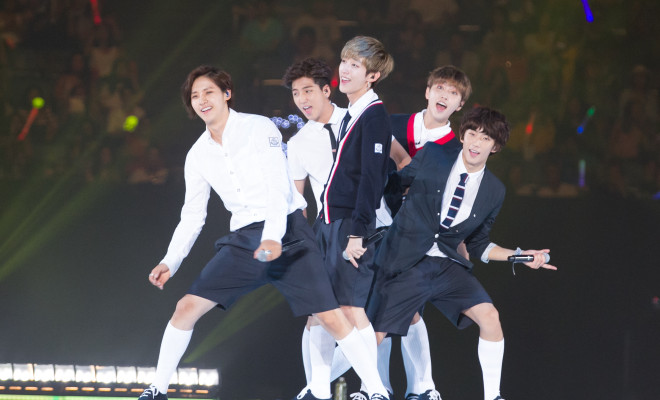 KCON, the United States’ largest convention centralized around all things Hallyu, drew over 42,000 fans to Los Angeles. The weekend of August 9th and 10th was a blur, full of meeting new friends, fangirling/fanboying, dancing to kpop, and seeing/learning new things. Many things about KCON2014 reminded me of studying abroad in South Korea, with different tents/panels blasting K-Pop songs and just seeing how excited the fans were, just to be in Los Angeles. KCON 2014 was such an awesome experience!

Broadcaster MNET, and CJ Entertainment, known worldwide as one of Korea’s largest production companies, produced this year’s star-studded (with over 130 special guests!), fan-centered event and raised the con to a new level. 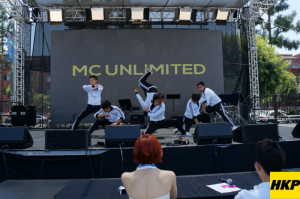 Checked in, checked the fun-filled schedule, and decided to check out the Outdoor Stage, to see some of the finalists of Superstar KCON battle it out for the first place prize of $5,000. Different groups, such as Xplore Taekwondo ( first place winner),  Martial Club Unlimited (martial arts tricking), and other, very talented groups were a part of the 10 finalists. The judges were the winners of MNET’s #1 dance survival program, Dancing 9, Lee Luda, and Kim Myung Gyu. It was also a special moment when Los Angeles Mayor, Eric Garcetti came to the stage and presented an award to KCON. 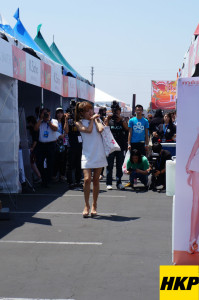 The KCON marketplace was simply a divine place for visitors, because there were so many different vendors present. Fans received a lot of samples from Korean brands like the Face Shop, ElishaCoy, and much more. There were also food trucks that were giving out delicious free samples. KCON Marketplace also had a 4DX booth, which is a movie theater that makes you feel as if you are in the movie also. At the 4DX booth, they showed a trailer of the upcoming Korean movie, The Admiral, a clip of Teenage Mutant Ninja Turtles, and the clip from G-Dragon‘s recent tour. Jaekyung of Rainbow and Yoo Inna were seen walking around the KCON Marketplace also, filming for their show, Get It Beauty. 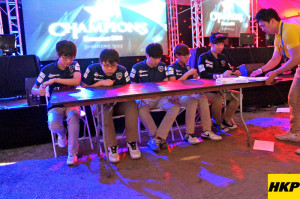 Day 1 was filled with many different panels, such as All About Hallyu Media, Korean Language 101, and Hallyu Culture Shock Q&A. All About Hallyu Media featured panelists, such as Adrienne Stanley (KpopStarz), Jeff Benjamin (Billboard), June Saladino (Hallyu Magazine), Kim Lee (24/7 Asian Media), and they discussed some of their favorite artist interviews, and how they choose what to cover. Korean Language 101 featured Crazy Korean Cooking, Dave Levene, Hee Young Ahn and Euny Hong as their panelists, and they taught their audience the basics of Korean. 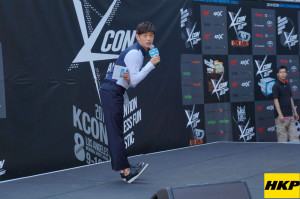 Eric Nam was the host of the Red Carpet, and he really knows how to emcee well.  He interacted well with the fans and press alike. The first guests of the Red Carpet were VIXX, it was their 2nd time performing at KCON. Next was IU, who was simply stunning in person, trying her hardest to speak English. Teen Top came after her, and they talked a bit about acting, and their plans for the future. The hosts of Get it Beauty, Yoo Inna and Jaekyung walked the red carpet after Teen Top, and appeared stylish. B1A4 also walked the Red Carpet, and they talked a bit about the upcoming US leg of their Road Trip World Tour. Some unexpected guests showed up, such as Kim Ji-Seok and Nam Gyuri.  Shortly afterwards the concert began. 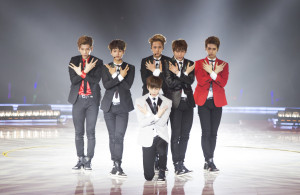 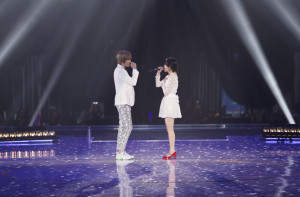 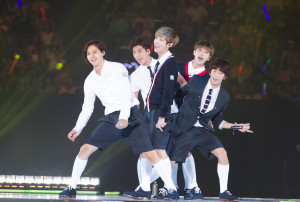 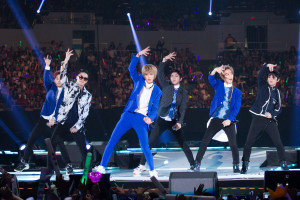 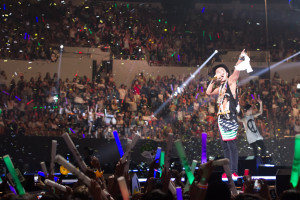 There were so many different panels to attend on Day 2, such as Why Do K-Dramas Do That?, featuring the recappers of Dramabeans.com, Girlfriday, Javabeans, and HeadsNo2, who answered questions about kdramas, and explained why Korean dramas are the way they are. 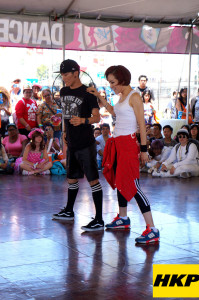 There was also a wonderful performance put on by the winners of MNET’s Dancing 9, who later hyped up the crowd with their dance during the pre-show for Day2 of KCON. 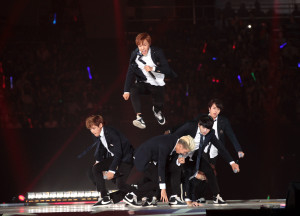 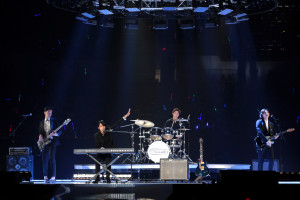 PHOTOS FROM THE EVENT 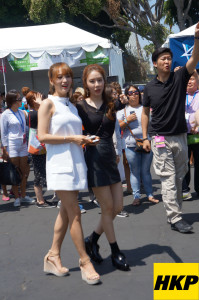 Yoo Inna and Kim Jaekyung at the KCON Marketplace 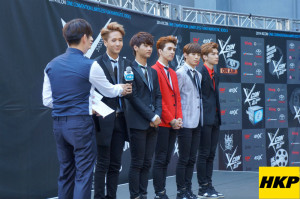 VIXX with Eric Nam on the Red Carpet 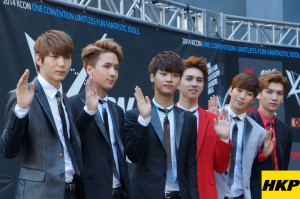 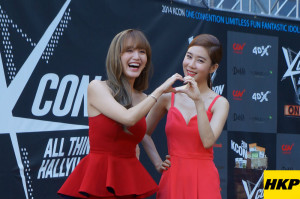 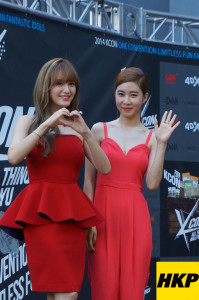 Get It Beauty Hosts at KCON Red Carpet Day1 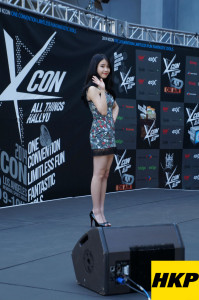 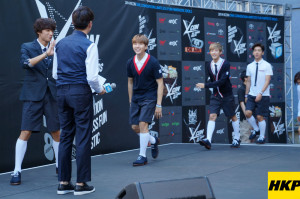 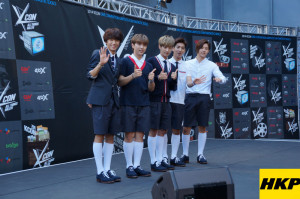 B1A4 at the Red Carpet 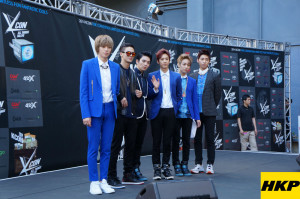 Teen Top at the Red Carpet on KCON Day1 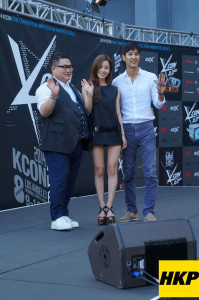 Jeong Yun Kee, Nam Gyuri, and Kim Ji-Seok at the Red Carpet on Day1 of KCON 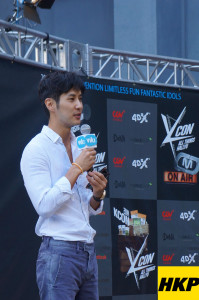 Actor Kim Ji-Seok at the Red Carpet on KCON Day1 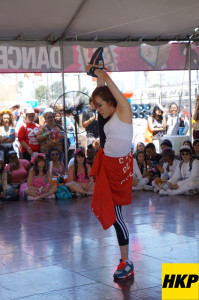 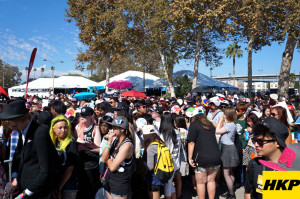 Fans waiting to get into the Red Carpet on Day2! 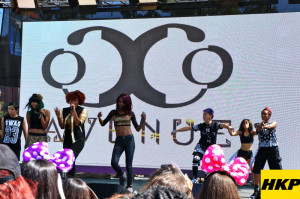 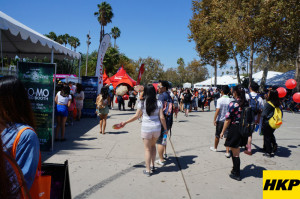 Hellokpop would like to thank MNET and CJ Entertainment for the opportunity.