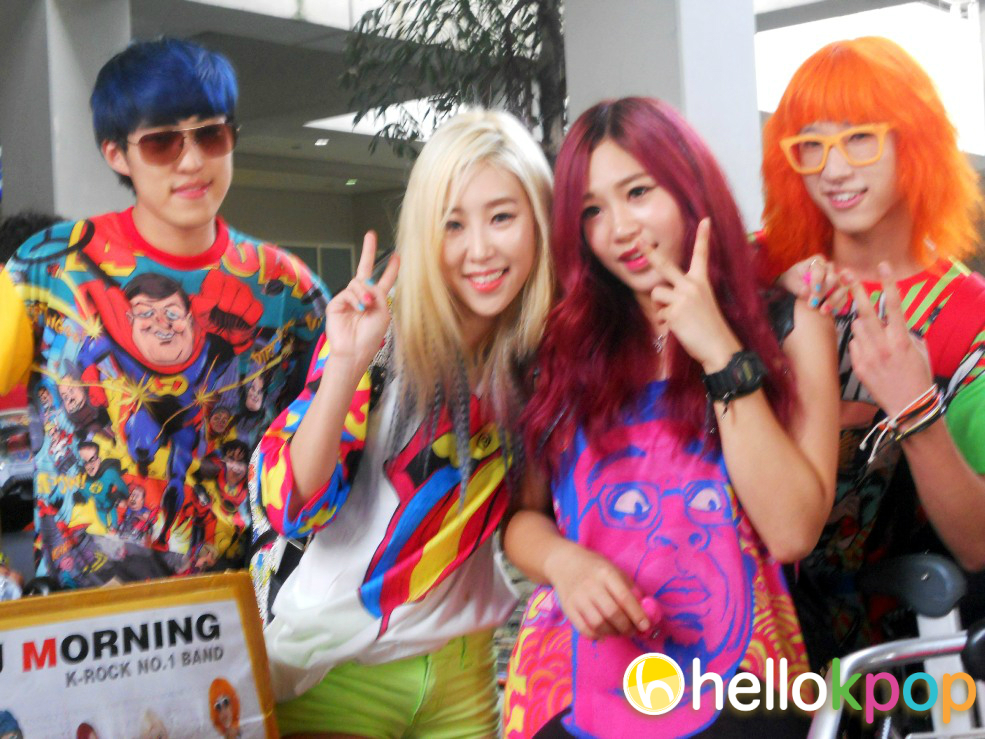 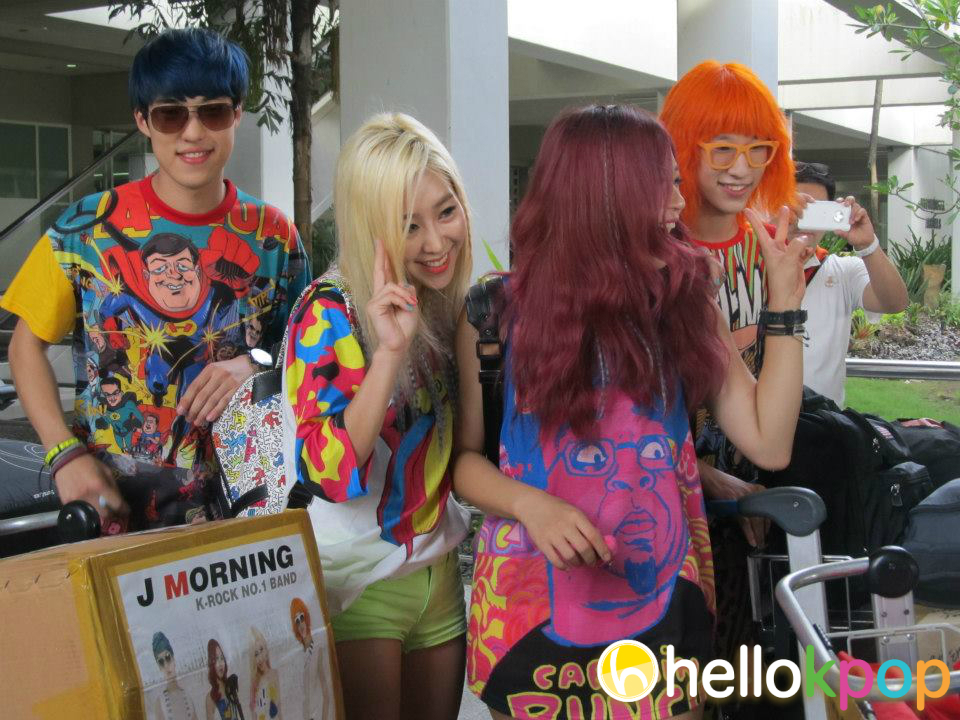 On September 26, about 4.30pm in the afternoon, Korean rock band J Morning arrived in the Philippines. The band under KMB Company, which consists of members; Mingyu, Taehoon, Ssol and Hyun, are in the country for their series of tours.

The band was overwhelmed as they were greeted by a lot of fans at the airport. The band’s sub-guitarist, Taehoon, commented, “It was my first time to come and I’m not familiar with it yet. I received a lot of encouragement with those who came to the airport earlier. Thank you so much!”. Lucky fans also got the chance to take pictures with them.

Be sure to support their upcoming promotional tours at the following dates and venues:

Check out their rock version of the phenomenal hit Gangnam Style by Psy below:

Stay tuned to hellokpop for more exclusive coverage on J Morning and see you there!

We need your support! If you have enjoyed our work, consider to support us with a one-time or recurring donation from as low as US$5 to keep our site going! Donate securely below via Stripe, Paypal, Apple Pay or Google Wallet.
FacebookTwitter
SubscribeGoogleWhatsappPinterestDiggRedditStumbleuponVkWeiboPocketTumblrMailMeneameOdnoklassniki
Related ItemsJ MorningKMB CompanyPhilippines
← Previous Story [Exclusive] KPOPGAGA Preview 1 features Kim So Jung and new group ‘Girlfriend’ in Singapore
Next Story → Jay Park lifts up Melbourne’s theatre roof