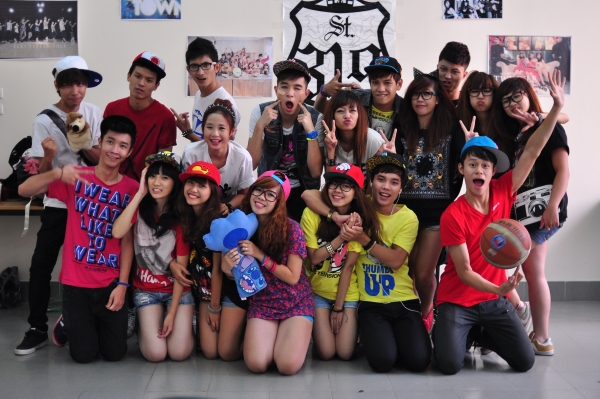 As the Korean wave continues to reach out to more countries, more non-Korean individuals or groups who have helped to promote Korean culture and K-pop in their own way or another, are gaining massive support and recognition by their own unique acts. Not just from Korea, but also from fans and followers. Some examples of prominent groups are: Eat Your Kimchi, DTMG and Nanyang Polytechnic Chinese Orchestra (NYPCO).

These days, an important art element for any K-pop performer to be successful is arguably, dance. This passion has  led to many individuals as well as the birth of new dance groups, to learn and cover their favorite idols’ dance choreography featured in the respective music videos. One of which that has successfully rode the trend well, is Saint 319 (or stylized as St.319).

St. 319 is a K-pop dance cover group from Hanoi, Vietnam and was founded in January 2011. Within a short time span of less than two years, it has already been garnering massive online attention for all their various K-pop dance cover music videos, spiced up with their own creation of stories. Their official YouTube account has over 75,000 subscribers and with over 18,000,000 total video views.

One obvious reason how this barely two-year-old energetic young dance group has managed to establish rapid and strong online presence, is due to their continuous winning achievements of several K-pop dance covers’ contests organized by the respective Korean agencies. In less than two years, they have altogether achieved the following:

To allow our readers to have a chance to know St.319 better, hellokpop has the great pleasure to meet and interview the founders (Mr) Aiden and (Ms) Zoie, and PR manager (Ms) Ngoc recently at Hanoi, Vietnam.

A: The group full name is “Saint319” and “St.319” for short. “Saint” means saints, gods, since our slogan is “We would only believe in a saint that knows how to dance.”  319 is a number that our group loves. In addition, the group’s name makes people curious, so it has done a good job in terms of creating a distinct identity.

Q2: How did the idea of forming a dance group come about?

A: Aiden and Zoie together founded St.319 in January 2011 with the ultimate reason that is to express their passion for dancing, especially dance in K-pop. Aiden is very fond of K-pop dance, so when he saw Zoie’s cover dance videos on YouTube, he immediately invited Zoie to create a dance group that will attract young teenagers not only because of the dance, but also of the unique style, fashion and performance.

Q3: Was it the initial intention for St.319 to cover K-pop dance and choreography?

A: Yes it was. The two founders of St.319 wanted to establish a group of young talented dancers with full of passion and determination. Through this way, St.319 also wants to stand for the image of dynamic, creative and enthusiastic Vietnamese young generation.

Q4: How long does it take for you to master the dance choreography? What are the difficulties encountered?

A: The members of St.319 are all good dancers, they learn a new dance very quickly and often meet no difficulty. For example, our latest cover video – “Loving U” (SISTAR) took only 1 week for practicing, 1 day for planning and preparing, 5 hours for shooting and 3 hours for editing!

The only problem faced is because all the members are still students and have to go to school. Therefore, we need to arrange a suitable practicing schedule so that we will have mutual time to practice together (which is a challenging difficult task due to the big number of members).

Q5: Considered an award-winning brand with the long lists of achievements, which is/are the proudest achievement/s St.319 so far? Why?

A: St.319 is very lucky to have won a lot of international K-pop dance cover contest. Among all the awards bagged, we are most proud of the first prize in “The Boys World Dance Cover Contest” – held by Girl’s Generation (SNSD) and SM Entertainment. That was the first time we won the biggest prize in a dance cover contest, so everyone was so surprised and happy. It was also a great motivation for us to keep practicing everyday.

Q6: In the recent years, Korean talent agencies have started to scout for cross-border talents to form and develop new groups. Will St.319 be looking forward to such opportunity?

A: We look forward to those opportunities because they will be a chance for us to express and evaluate ourselves. However, we still want to keep the brand “St.319” and maintain our group in the future, because this is our own efforts, built with our true passion.

Q7: How would you describe the Korean wave in Vietnam, and Hanoi?

A: Hallyu (Korean “wave”) is growing very strongly, not only in Asia but also all over the world. One of the main reasons is that K-pop songs and dances are very eye-catching and inspiring. In Vietnam, there are many young people interested in “dance-cover culture”, and St.319 is fostering an enriching platform for them to join the outdoor activities in order to have a balanced life.

Q8: In the near future, what can your audience expect from St.319? In the long-term, what will be the ultimate objective?

A: In the near future, the group will continue to work at “full capacity”, to continuously release new dance cover video clips with excellent quality. Besides this, St.319 will also participate in some campaigns for youngsters in Vietnam, to promote the group and spread the awareness more for the brand “St.319”. Hope you will always support St.319!

Q9: Any message to our international readers and supporters out there?

A: St.319 is very fortunate to be known by many people and also have a lot of fans. We hope that hellokpop’s readers will continue to like us and support us. St.319 loves all of you!

If you have not, check out some of their most recent K-pop dance covers below:

Check out the gallery of photos that features St.319. 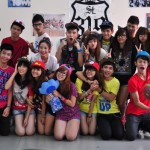 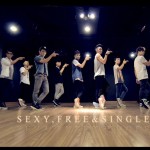 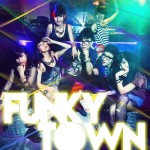 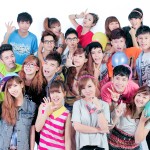 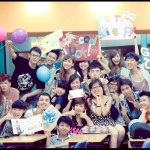 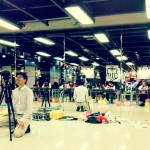 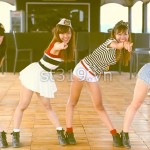 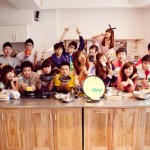 To bring themselves closer to their fans and supporters, St.319 has recently launched their own bilingual (English or Vietnamese) website ( www.st319.vn ) that feature their own unique contents for both their local and global fans.

To get the latest updates from St. 319, follow them:

As St.319’s media partner, we at hellokpop would like to express our thanks for the exclusive story and hope our readers will love and support them as well, for the passionate efforts in promoting the Korean wave to the world.

We need your support! If you have enjoyed our work, consider to support us with a one-time or recurring donation from as low as US$5 to keep our site going! Donate securely below via Stripe, Paypal, Apple Pay or Google Wallet.
FacebookTwitter
SubscribeGoogleWhatsappPinterestDiggRedditStumbleuponVkWeiboPocketTumblrMailMeneameOdnoklassniki
Related ItemsdanceHallyuHanoiJYPK-popSMSt.319St319VietnamYG
← Previous Story [Exclusive] CNBLUE holds successful concert in London
Next Story → [Exclusive] KPOPGAGA Preview 1 features Kim So Jung and new group ‘Girlfriend’ in Singapore