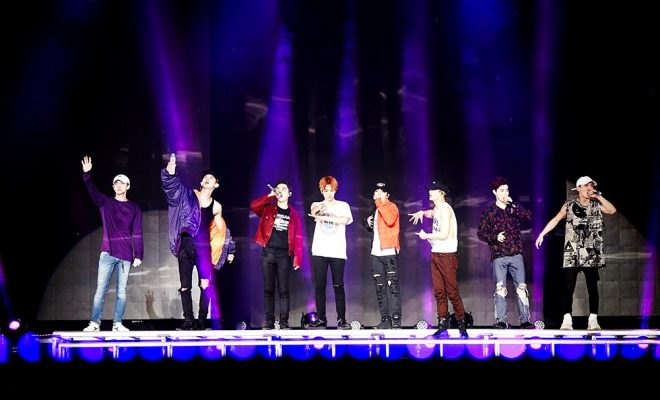 EXO’s Explosive #EXOrDIUMinMalaysia Ends With A Bang And Some Drizzle

“Don’t forget tonight. We will be back soon” – Suho

EXO returned to Kuala Lumpur, Malaysia after a year for its 3rd concert tour ‘EXO Planet #3 The EXOrDIUM‘ on March 18. There was a heavy downpour prior to the concert just like the group’s concert last year in Malaysia. However, the rain did not dampen the spirits of the boys and EXO-Ls, as this year’s concert still ended with a bang despite a drizzle at the end of the show.

Full of energy, the eight members opened the night with a remix of MAMA. The atmosphere escalated with another two of their title tracks, Monster and Wolf.

After the three consecutive performances, the members finally took a break to greet and talk to the fans. The members individually said hi to Malaysian EXO-Ls.

Rapper Chanyeol kicked off the greeting with, “Long time no see!! Really missed you guys! This is our first EXO’rDIUM outdoor concert.” Of course, as this is not their first time in Malaysia, Chen knew how to make the fans scream by incorporating a bit of sweet talk and the local language. “I’m sweating here not because it is hot. It is because of you guys (EXO-Ls). Aku cinta padamu!” (I love you in Malay language.)

The leader of the group Suho also showed how it is done right by saying in English: “Do you miss us? We also miss you, Malaysia! Atmosphere here is so hot tonight.”

To read what the members said, check out our Twitter @hellokpop for yesterday’s live updates!

The boys continued the show with 4 straight song performances: White Noise, Thunder+Play Boy and Artificial Love. The members went backstage to change into prince-like white outfits for their more mellow songs, including Unfair, an acoustic medley of My Lady, My Turn to Cry, Moonlight, Call Me Baby and Love Love, What If…, Tender Love, Love Me Right, One and Only and Stronger. Notably, Chanyeol was the guitarist of the performance!

Beautiful acoustic version of Call Me Baby by EXO and EXO-Ls! #EXOrDIUMinMalaysia pic.twitter.com/YIxCxYHaTe 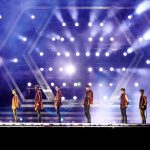 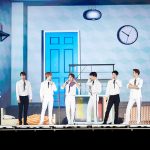 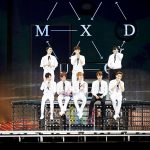 The stage immediately turned colorful and cute when the members returned on-stage with a set of cute elf costumes for Heaven, before quickly stripping it off for a chic, gentleman look to sing Girl x Friend and 365.

Despite Lay not being able to attend this year’s concert, his presence was still strong during the night. When he appeared in the VCR, it drew a loud scream from the fans. Chanyeol, Sehun, Xiumin and Baekhyun also turned the venue into a hip-hop scene with an unreleased track with strong beats titled Together(같이해), followed with Full Moon and Drop That, EXO Keep On Dancing (a performance where they just dance), Lucky and Run. 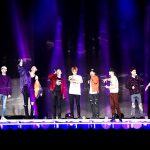 The boys put a full stop on the concert with three encore tracks, Growl, Lucky One and Angel. Prior to Angel, the members bid goodbye to the fans, where Chanyeol also said: “I had a good time. Did you all? It is a good time; it is raining.”

Quoting leader Suho, “Don’t forget tonight. We will be back soon. Will you​ wait for us? We will wait for you, Malaysia!”

Thanks to Star Planet for the media invite.