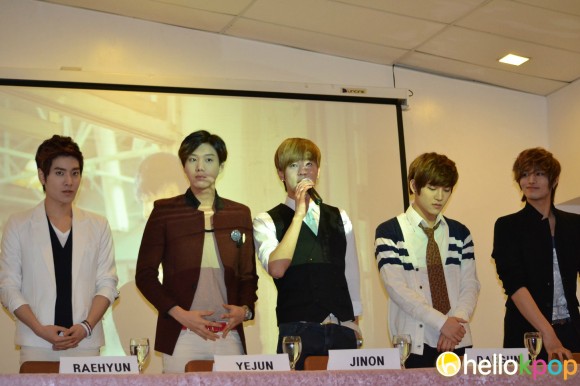 F.CUZ’s press conference in the Philippines 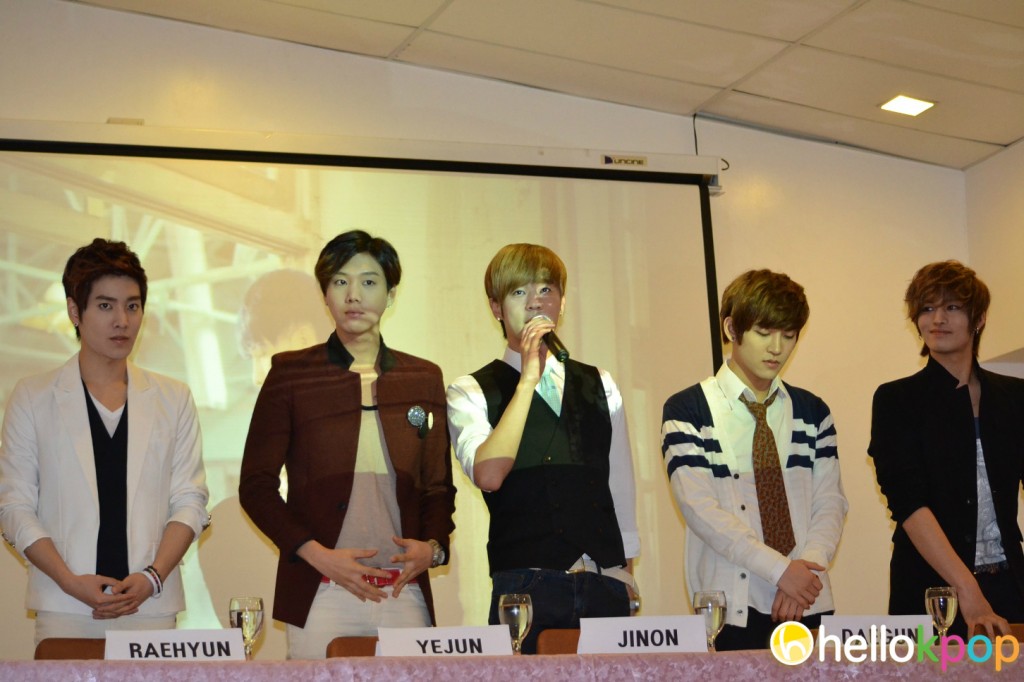 On December 28, Raehyun, Yejun, Jinon, Daegun and Kan presented themselves in front of the press to talk about their band, music and more. Since it’s their first time in the country, Jinon shared that he loves the refreshing weather and the food, especially dried mangoes. He also showed appreciation for the Filipino fans who danced with them and cheered for them so much that they couldn’t hear the music at their recent performance.

Kan, who is always labelled as JYJ’s Kim Jaejoong‘s look-alike, said that there are no disadvantages labelled as such. However, he stated that “sometimes the fans of Jaejoong-sunbaenim are not content about it”.

When asked on what they would be if they weren’t idols, Kan, Jinon and Raehyun said that they would probably be good actors, Yejun as a father and Daegun as a chef. On the topic of ideal girl, the press people were shocked when Jinon revealed that she is in the same room. Everyone broke out in laughter when he pointed to a standee of Girls’ Generation’s Yoona. On the other hand, Kan likes a girl with a pretty smile, a cute one for Daegun, a kind and obedient for Yejun and a mature and tall girl for Raehyun.

With K-Pop being popular worldwide, Yejun expressed his desire to promote in Brazil, Chile or France someday. F.CUZ also expressed their admiration and gratitude to their seniors in Kpop like Shinhwa, BIGBANG, JYJ, Super Junior and Lee Seung Gi. Jinon left an encouragement to the crowd by saying, “with passion and practice, you can do anything.”

After the success of their album For Century Ultimate Zest, it is said that a new album is in the works for 2013 and F.CUZ promised to visit the Philippines as soon as possible. 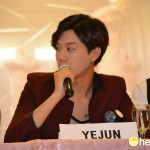 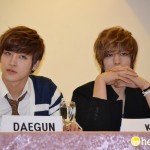 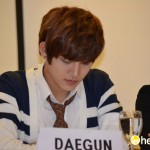 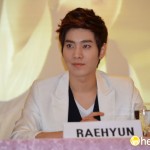 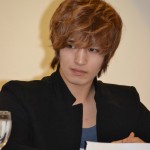 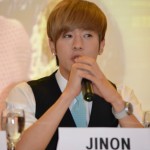 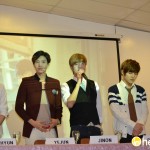