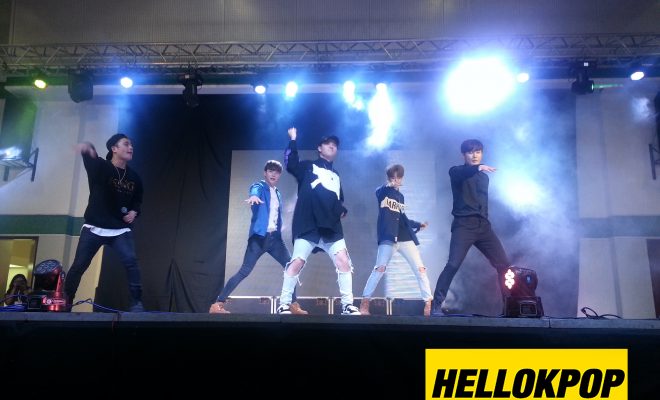 The 8th Philippine KPOP Convention is a Success!

This is the annual flagship event of PKCI, and the grandest and most attended Kpop gathering in the Philippines. 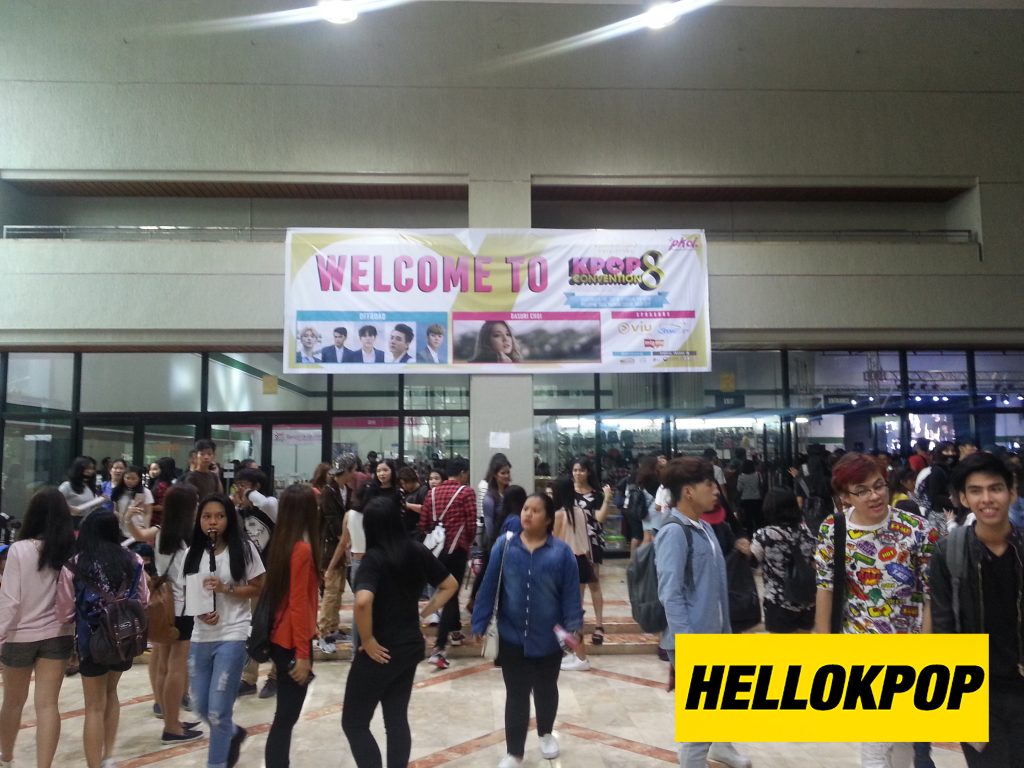 On its 8th year, OFFROAD, composed of Harang, Rio, Kino, Habin, and Daewon, came back to Manila and graced the event with their ultimate fan service charms. 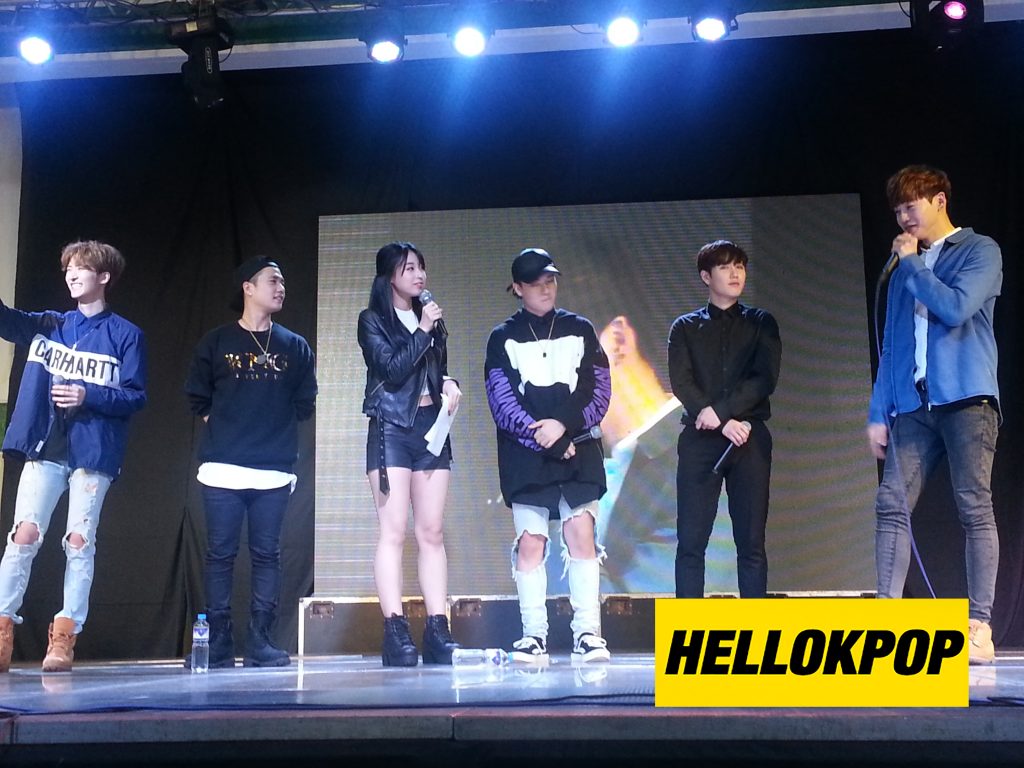 After their month-long promotions in the Philippines in October 2016, the OFFROAD boys fulfilled their promise to come back for their Filipino fans, with a special guest appearance at the KPOPCON8 event.

The group opened up their much awaited stage performance with their catchy debut single Bebop. This immediately thrilled the crowd. 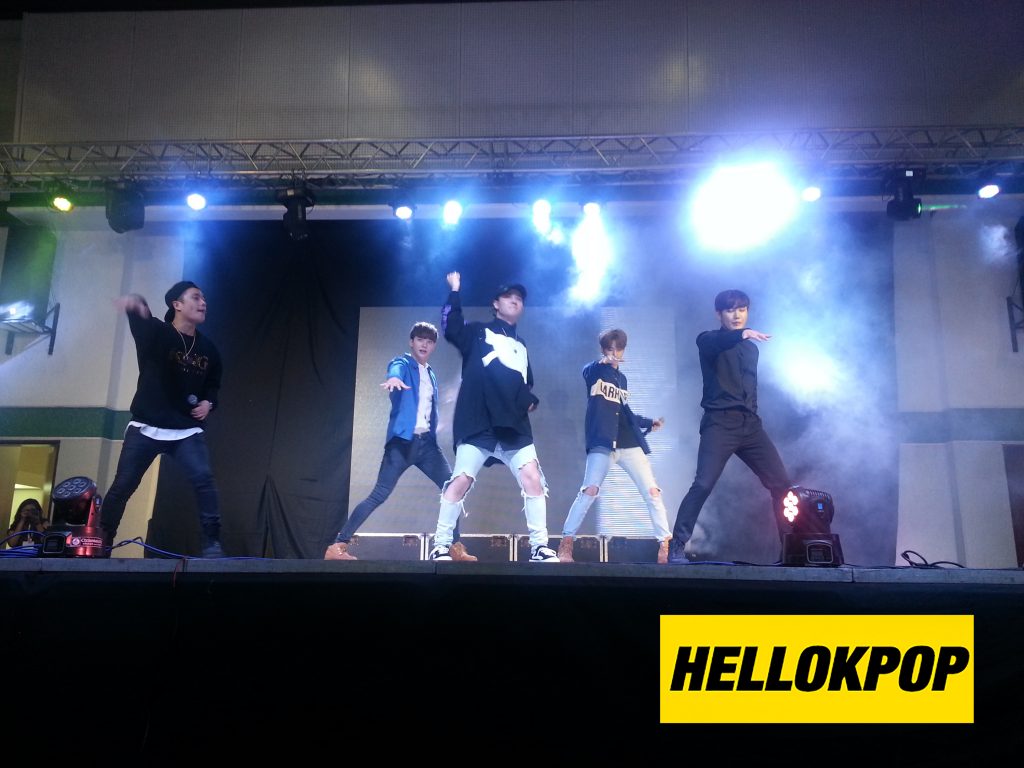 The members then greeted the Filipino audience, and had a mini interview segment by the Korean celebrity host Shine Kuk.

They were asked, “What do you think about your Filipino fans?”

Daewon gave an answer that garnered one of the loudest cheers. He said “Maganda (Beautiful), passionate.”

Another exciting question popped to the boys was, “Where would you take a girl on a date?”

Kino had a very romantic yet funny response, “I would take her to Boracay and drink Coke (cola).”

OFFROAD owned the stage as they serenaded the fans with their charismatic vocals.  Their cover version of TVXQ‘s Love in the Ice captured the audience most. 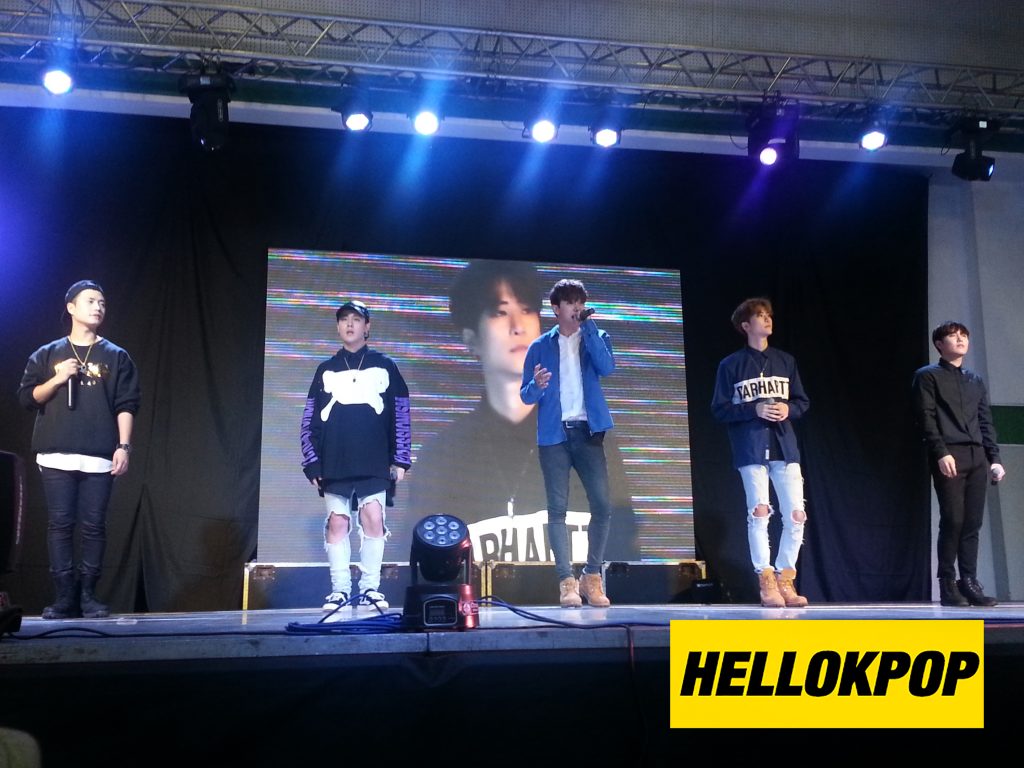 OFFROAD’s trademark kilig fan service came in next as they played games with selected lucky fans. One of the games that made all others envious was – “Guess Your Partner’s Body Part”.

Each of the lucky fans was paired with a member, and then blindfolded. They would guess who their OFFROAD partners were by touching one body part of each boy.

Indeed, it was a game full of skinship, as the fans were given a chance to touch the waist, arms, and knees among others of the equally excited boys. 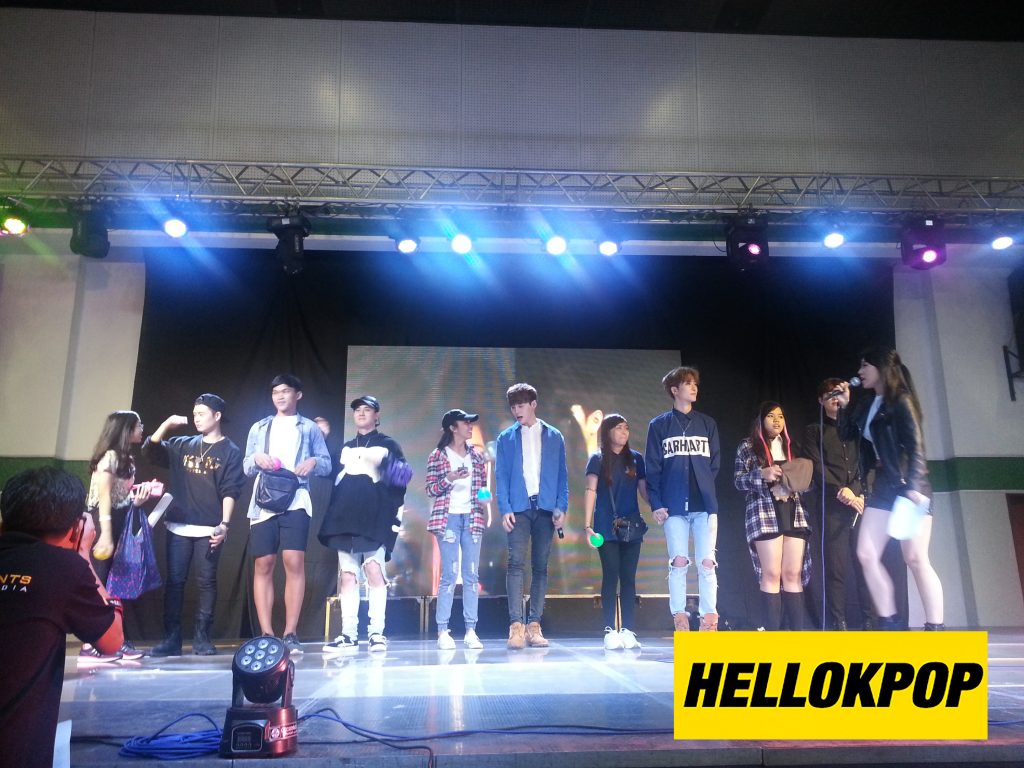 The lovely dancing diva Dasuri Choi once again charmed Filipino Kpop fans with her cute yet powerful dance covers.  She came as one of the judges of the stage contests, and did special performances on stage like her version of Black Pink’s Boombayah 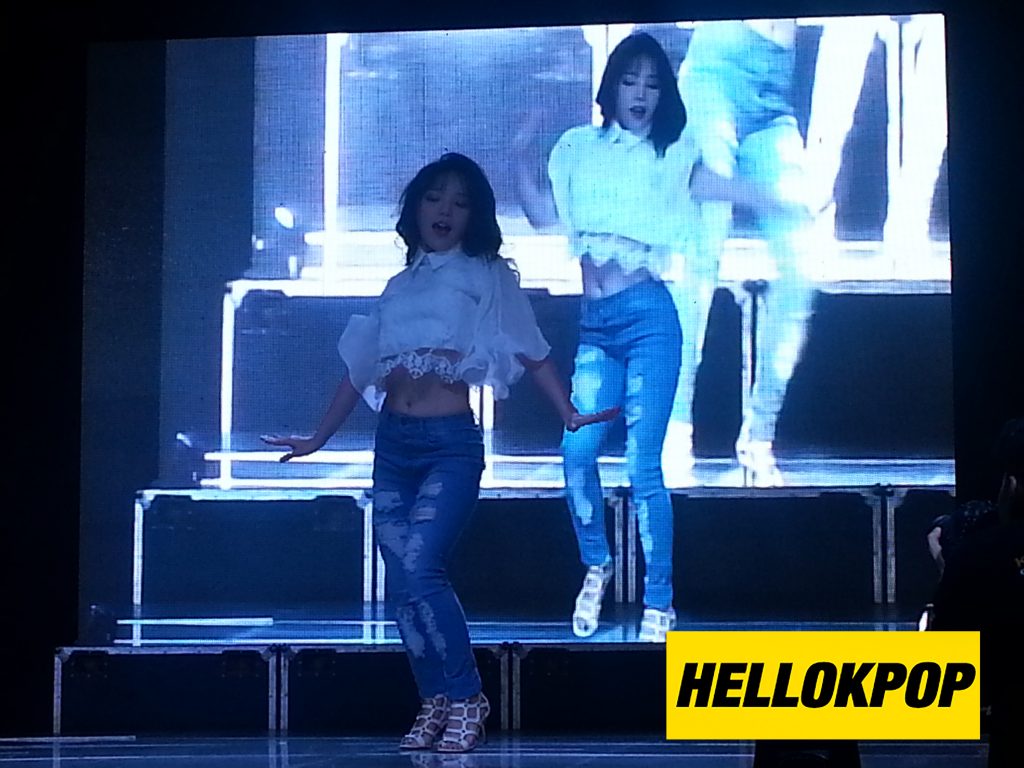 One of the favorite segments of the annual event was the Kpop Idol Lookalike contest.

Leveling up on its 8th year, the four winners from hundreds of contenders proved to be real Doppelgangers of the Kpop celebrities who they have chosen.

The four proud winners were: Lewi Vidad as Rain, Euniess Dacara as Krystal of f(x), Christian Bugaoan as Heechul of Super Junior, and Haruka Shiratani as Park Bom of 2NE1. 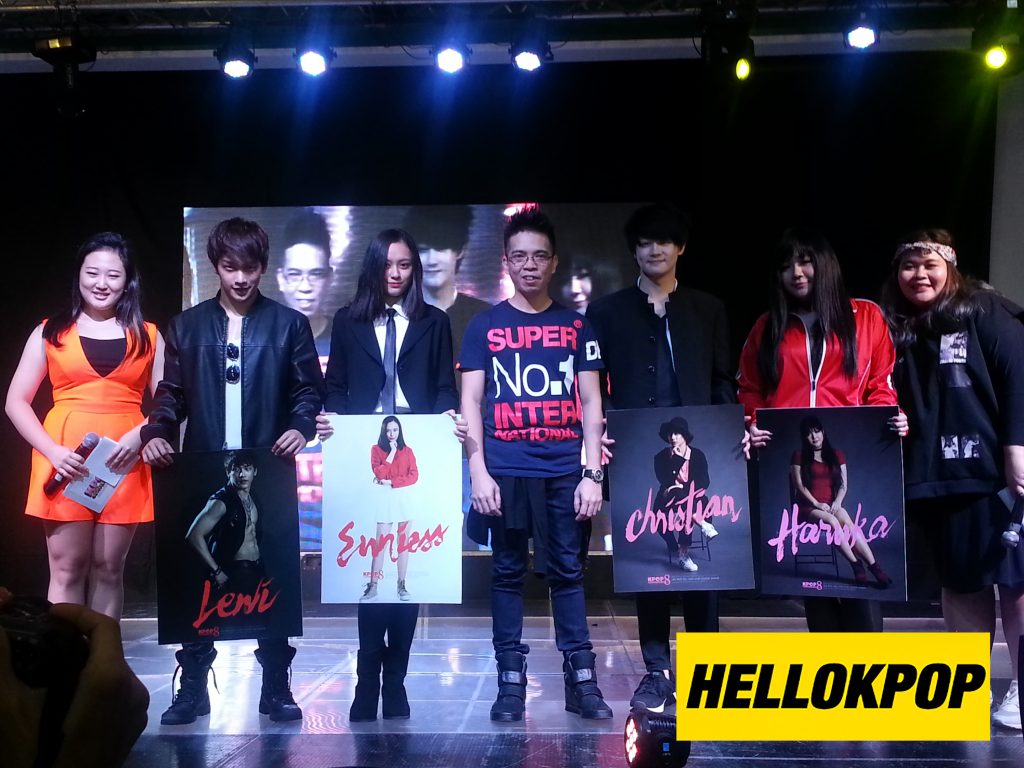 This segment also received some of the loudest cheers because of the crowd favorite, Rain lookalike Lewi Vidad.

Dubbed as “Rain PH” (Rain of the Philippines), he really looked like the Korean star. He also surprised the audiences when he took off his jacket and shirt, baring his jaw-dropping abs. 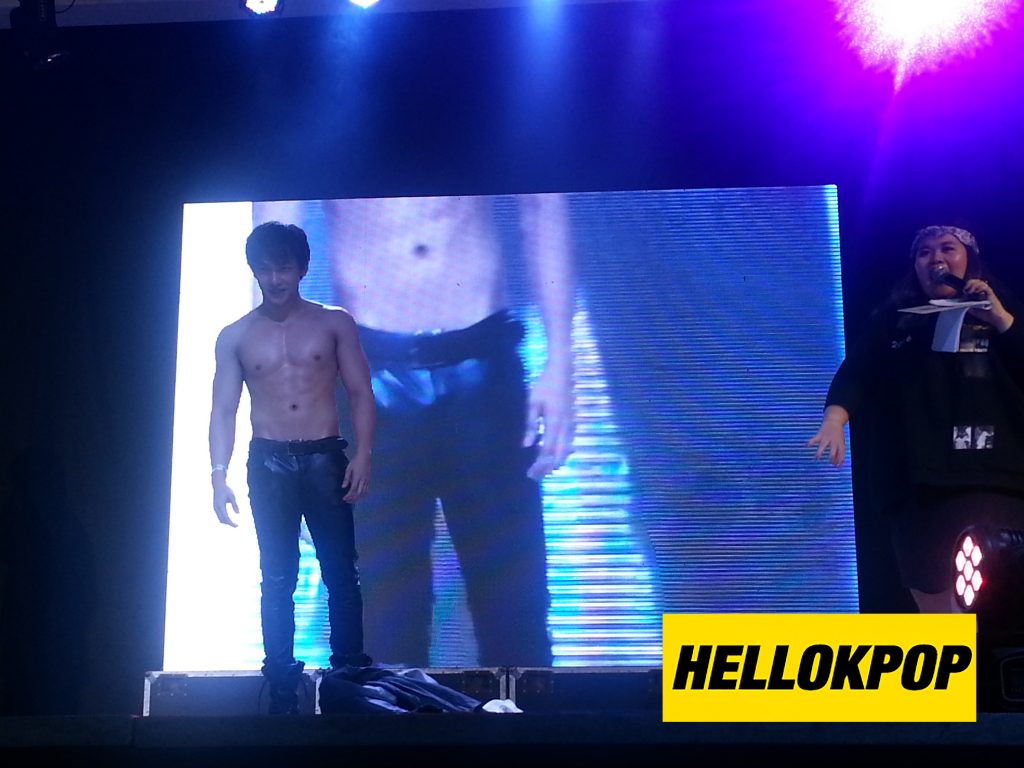 A unique local performance group Narra was introduced at the event. Narra is the first musical ensemble under SHOWBT PHILIPPINES CORP. The group is composed of Filipino performers, who are currently trained on singing and dancing like the way K-pop stars are.

Narra showed a glimpse of what they will be performing at SHOWBT Night 2016: Leaping High concert, which also featured OFFROAD.

SHOWBT Philippines Corp. is an event and entertainment company franchise of SHOWBT KOREA, which aims to produce Korean events and concerts, as well as train Filipino talents in the Korean way.

Aside from the eye-candy Kpop stage numbers, this yearly event would not be complete without the Kpop merchandise and fan club activity booths.

The Philippine Kpop Awards, one of the most anticipated announcements on stage, named BTS and TWICE as the Best Male and Female Artist (Group) respectively.

Viu Philippines, one of the major sponsors of KPOPCON8, added flavor to the event by giving out a free trip to Jeju Island to one lucky attendee, as well as life-sized standees of Hallyu stars Song Joong Ki and Lee Min Ho via booth and stage activities.

Viu Philippines is an entertainment site where fans can watch Korean dramas and variety shows for free, as well as other Asian dramas, via its website viu.com or Viu app. It was recently launched in the Philippines.

During the Viu Philippines stage segment, it hinted some surprises to look forward in the new year. Stay tuned on its Facebook Page for the latest updates. 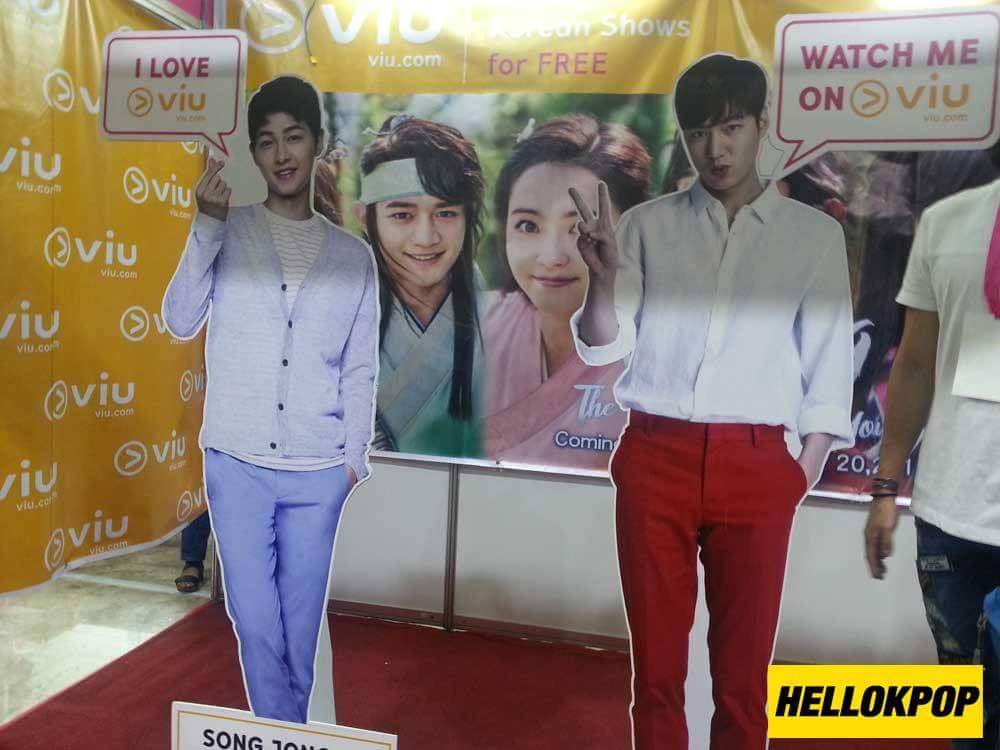