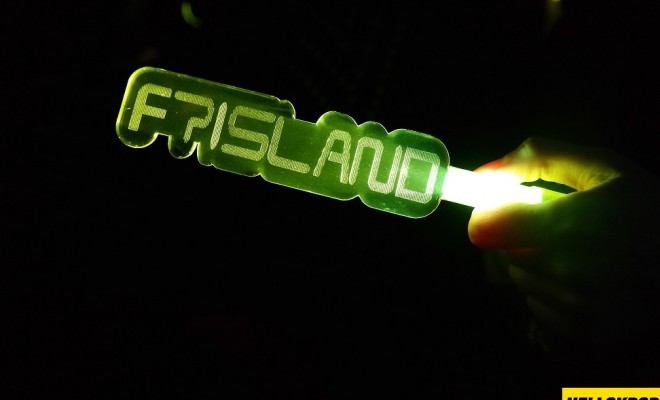 FTISLAND fulfilled the dreams of many of their European Primadonnas when they finally decided to include Europe in their 2015 FTHX Tour. The ‘Live in Paris’ leg featured two venues, the 1300 seater La Cigale and the smaller, more intimate La Maroquinerie on the 16 and the 17 January respectively, brought to fans by Nous Productions. Both shows sold out very quickly.

Although most of the fans were French, there were quite a lot of people coming from other countries such as Germany, UK, Hungary, Czech Republic and others. The most dedicated ones braved the cold winter weather to camp out at the venues as early as possible (some arrived at 5 am!) just to catch the best places. 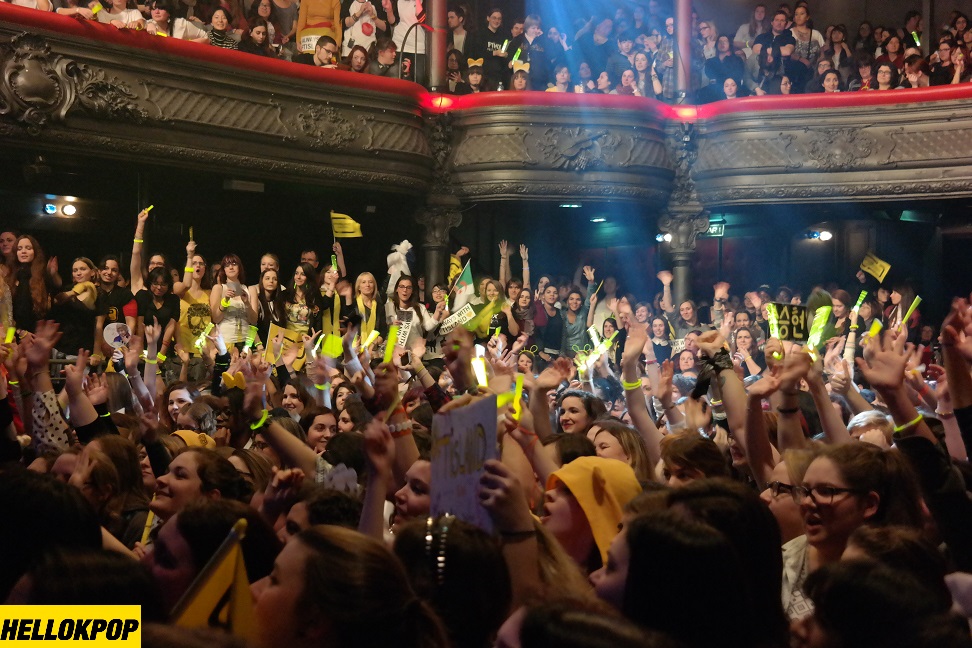 We would also like to comment on the organization of the French fanclub, who did everything they could to handle the fans in the best possible ways. They distributed free lightsticks, placards and small yellow hearts, as well as printed lyrics and coordinated the fan reactions to certain songs. They were also very helpful and tried their best to navigate foreigners.

FTISLAND started the concert on time, and with a bang. While the others were dressed casually, fashionista Honggi was wearing a red coat and a hat for the first few songs. 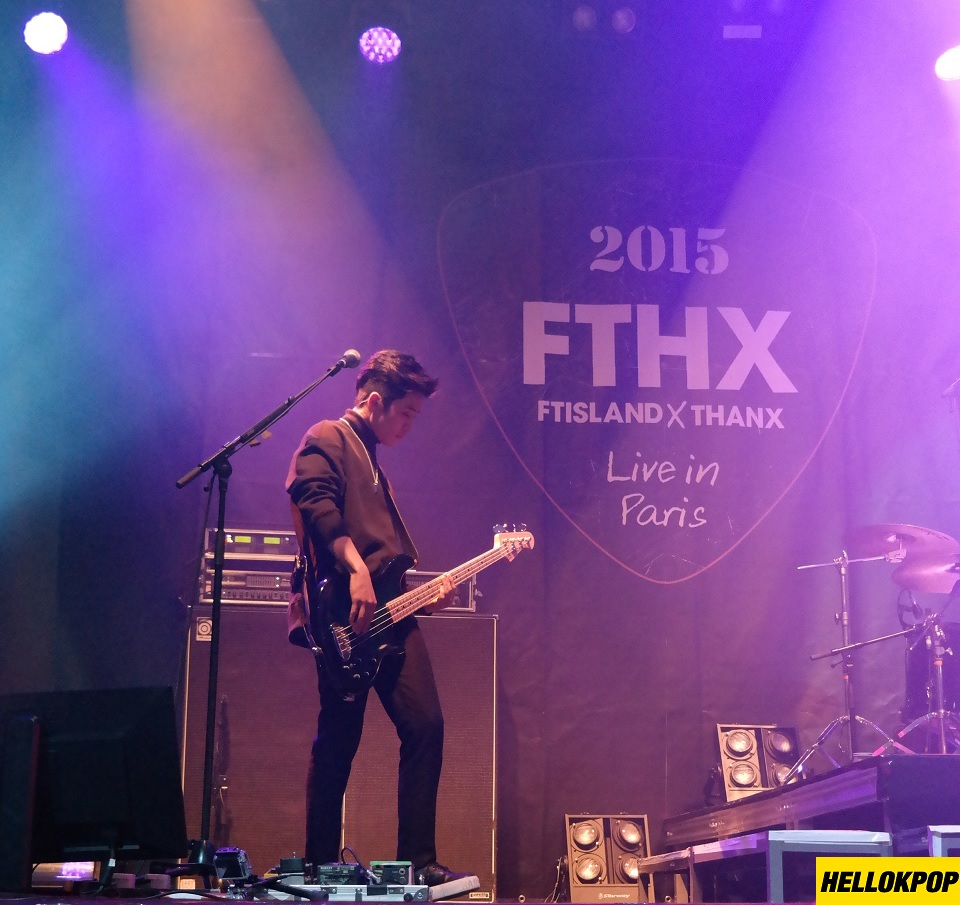 Jaejin concentrating on his bass guitar 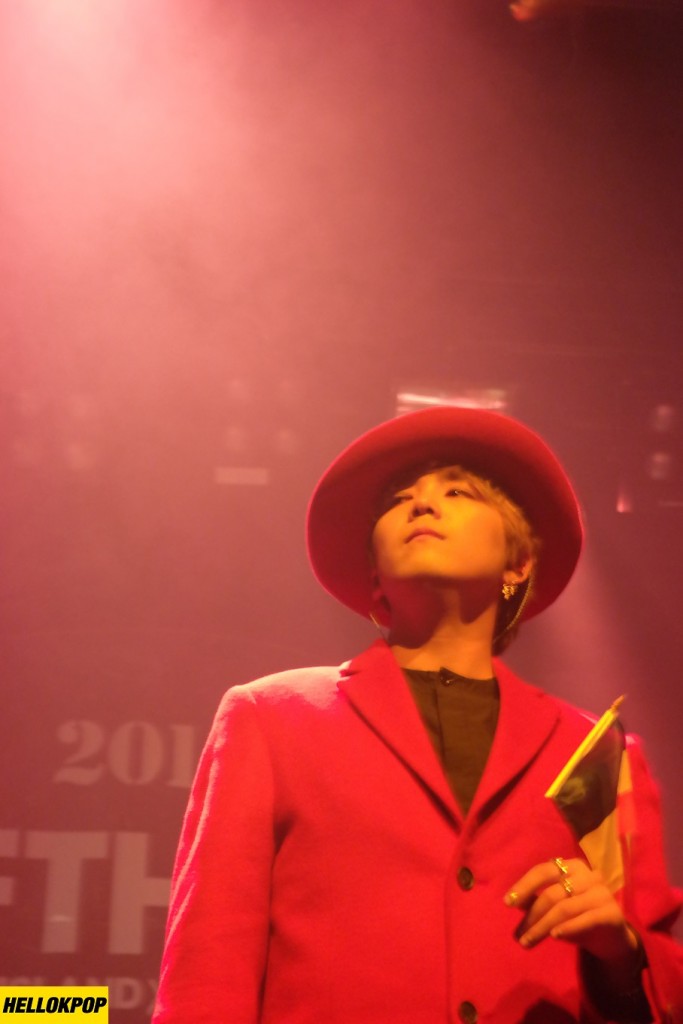 True to himself: Fashionista Honggi

They literally rocked the stage, pumping energy into the audience, whom they did not disappoint. Everyone knew all the songs, and sang their lungs out, surprising the band. During the ment, Honggi admitted that they were taken aback. During Severly, the members were visibly shocked (in a good way), when the fans literally sang most of the song alone. They prepared a special setlist for Europe and performed only a couple of slower songs – most of the show comprised of fast paced rock pieces. Honggi also sang some a-cappella, backed by the fans, who immediately chimed in.

The other members talked significantly less, while lead singer Honggi took the main MC position and from time to time, he tried his best to communicate in English, but – to the amusement of the fans – most of the time failed miserably and the interpreter had to be called. He mentioned that they were very nervous before the concert, as they did not know what to expect on their first European show, and promised to come back in the near future.

The main complaint of the fans was probably the placement of Minhwan’s drum kit: he was not elevated enough and mostly could not be seen from the main part of the venue, only from the balcony seats. Therefore, the crowd started chanting his name extremely loud, and he got loud cheers during the acoustic part as well, when he could come forward to join his members. 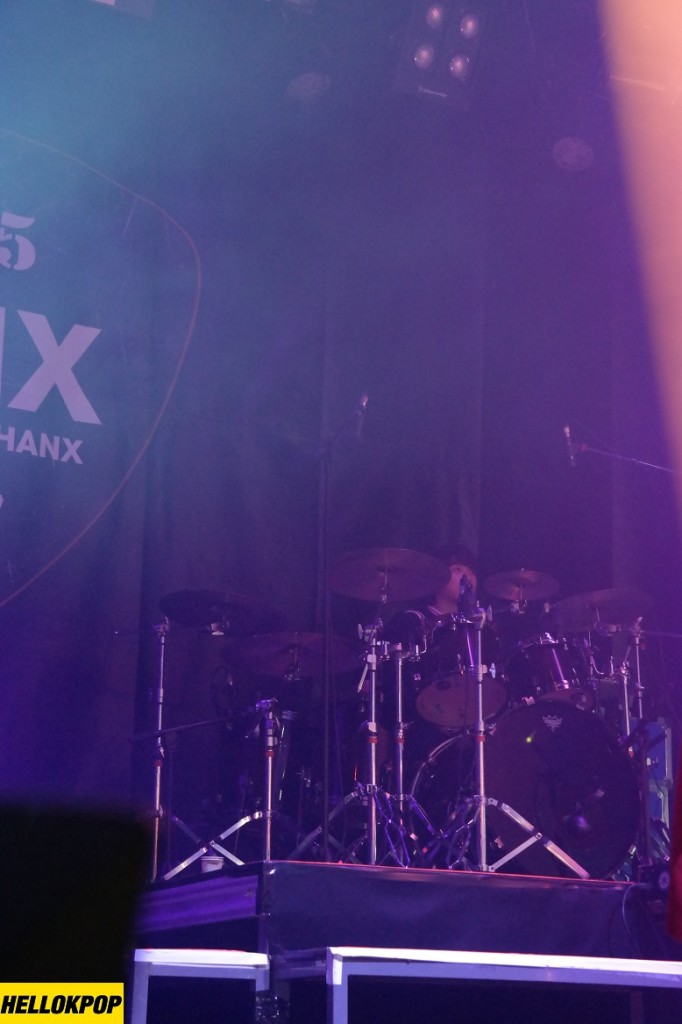 Minhwan could hardly be seen behind his drum kit 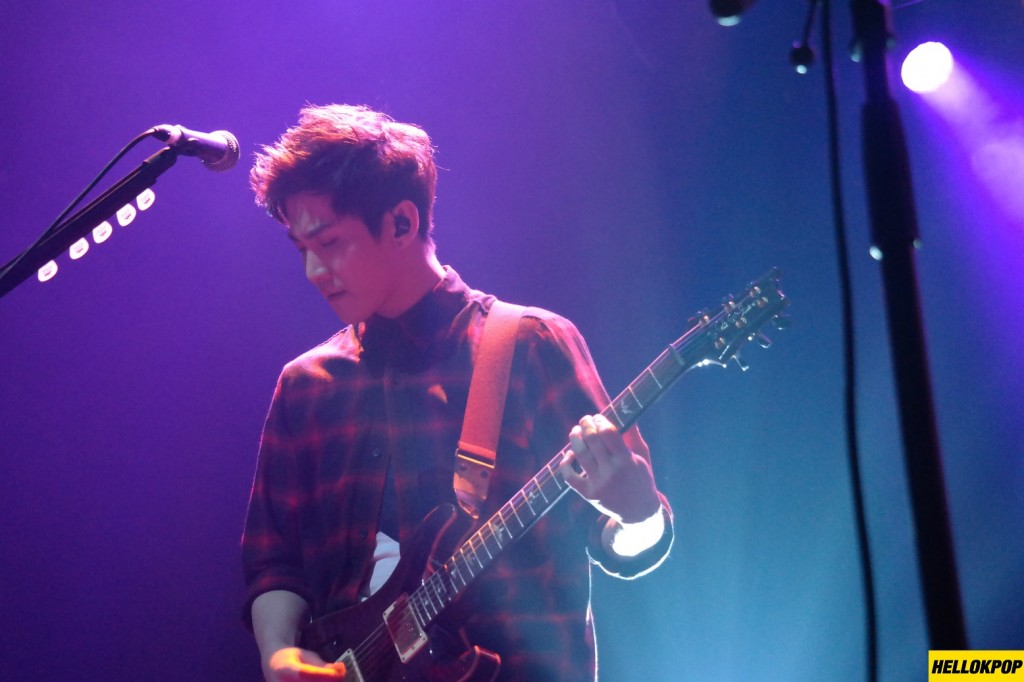 Seunghyun sometimes joked with the fans in the first rows 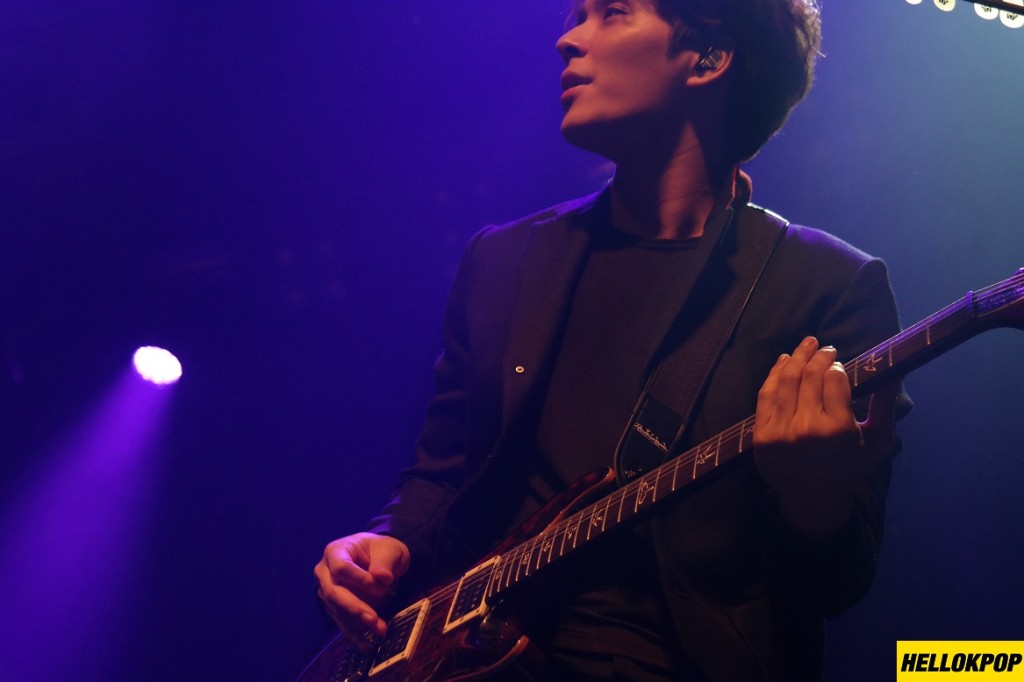 The second venue allowed for a more intimate interaction with FTISLAND, as only about 260 people could fit in. The members were visibly more relaxed and joked a lot more. This show was only 45 minutes long, but the fans incredibly enjoyed it. The members came close, touched hands, accepted gifts and Honggi even took some fans’ cameras to take a selfie for them. They also played songs, of course, rocking the sound and Honggi told the audience that the last song, Shinin’ on had a special meaning for FTISLAND, and asked the fans to sing it together. 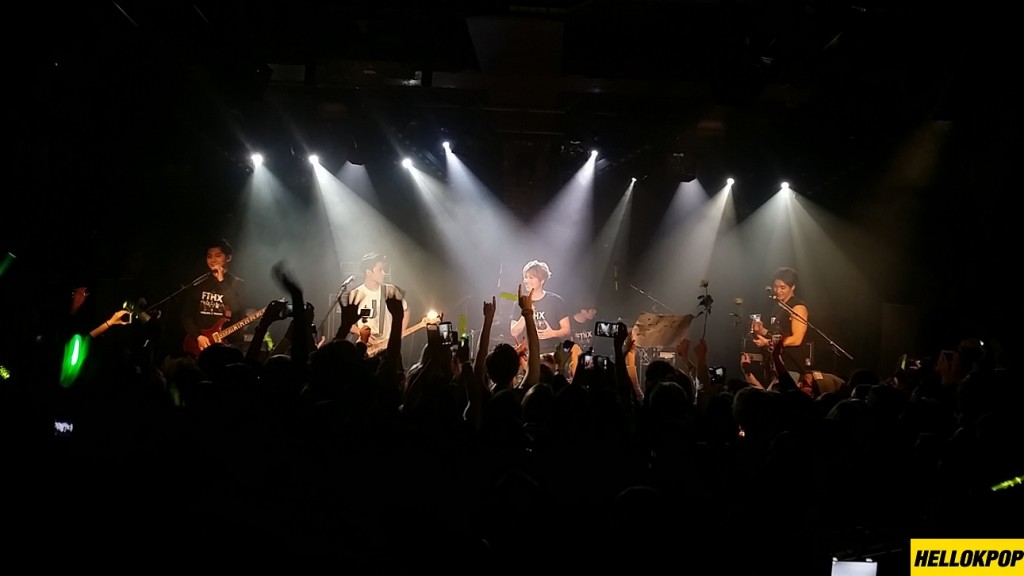 I can honestly say, that FTISLAND made a huge impression on their fans. They were incredibly cute, they enjoyed playing for the audience, and Honggi again proved that he is an immensely capable MC, pulling fans into conversation, engaging them, joking with them and directing their attention. Some may complain that the other members hardly said a few words apart from greetings and thank yous, but this is not – yet – a comfortable environment for FTISLAND. They all speak Korean and Japanese, but their English is limited, and interpretation cannot take too long in a concert. European Primadonnas were surely satisfied with both shows, enjoying to the fullest, and even singing their hearts out after the event ended, chanting songs after songs, while leaving the venue.

K-pop concerts are rare in Europe, and thus fans were extremely happy that they could see their idols up close. Honggi also remarked during the ment that they were aware of their overseas fans being able to see them on videos only, so they wanted to show a different, closer side of themselves. Hopefully, inspired by this great experience in Paris, FNC Entertainment will add more European venues for FTISLAND in the future.

We would like to thank Nous Productions for the photo pass possibility.

More photos of the concert: 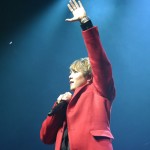 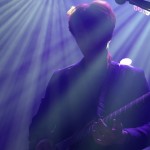 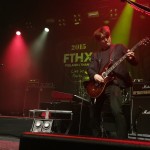 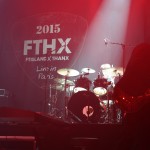 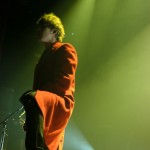 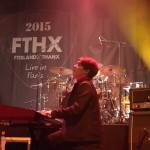 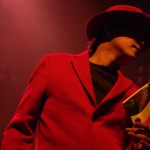 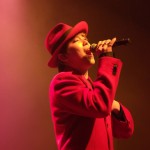 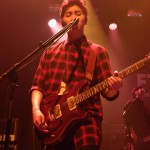 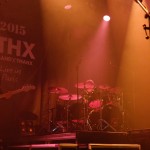 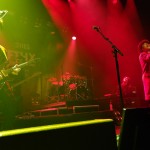 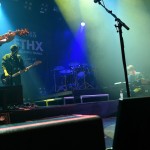 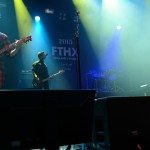 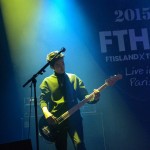 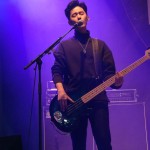 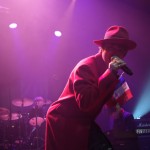 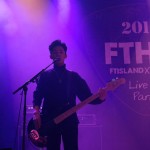 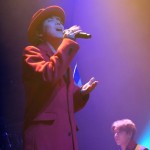 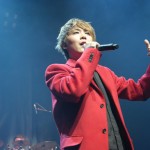