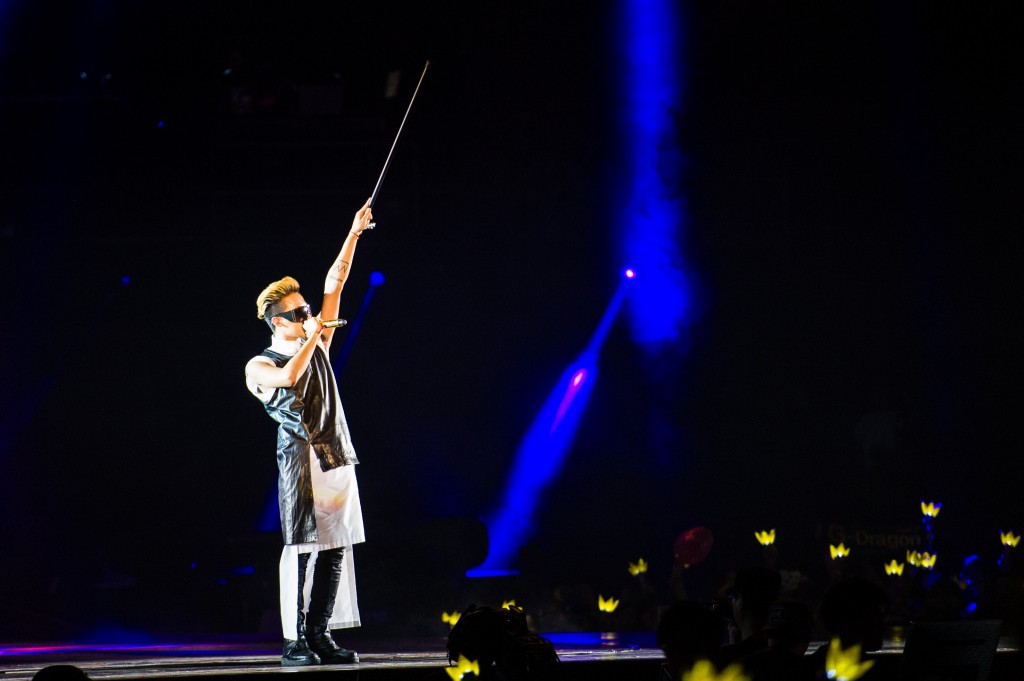 Leader of phenomenal K-Pop group Big Bang, G-Dragon, has been banging the world by storm with his solo concert One of a Kind Tour and has finally reached his second last stop, Malaysia! The tour is inclusive of 26 concerts in 13 cities across 8 countries and he will be wrapping up his tour in Singapore on 28 and 29 June.

On 22 June, G-Dragon held his first-ever solo concert in Stadium Nasional Bukit Jalil co-organized by Running Into The Sun and Woohoo! Experience. In addition to that, Malaysia concert is the only outdoor show of the tour giving the lucky Malaysian VIPs a treat to have an exhilarating and unique out-of-the-door experience with G-Dragon’s high-energy performances and mind-blowing sets. Big Bang boys are well-known for their live performance and G-Dragon’s concert will not be an exception. For Malaysia’s concert, G-Dragon brought a crew of 110 Korean staff, with an additional of 200 hired local staff, and the concert production itself is valued at RM4.5 million. 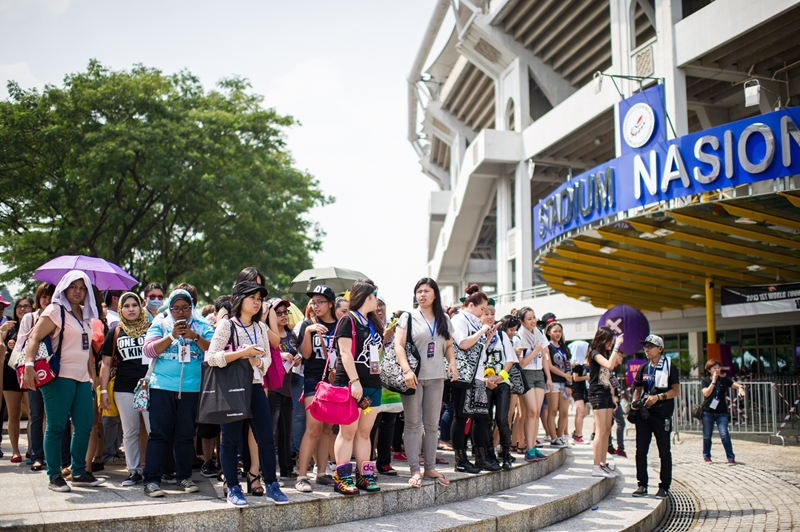 G-Dragon raised the curtain for his concert by making a grand entrance into the venue in a futuristic glass sports car and wearing a bright red leather long racer-like jacket living up to his One Of A Kind theme while singing to MichiGo, followed by his title track hits Heartbreaker and One of a Kind. His entrance and opening performance turned on the atmosphere of the stadium. Crowds immediately went ‘Cray-on’ and the stadium was turned into a luminous sea of yellow lights emitted from the fanclub official Big Bang crown lightsticks. 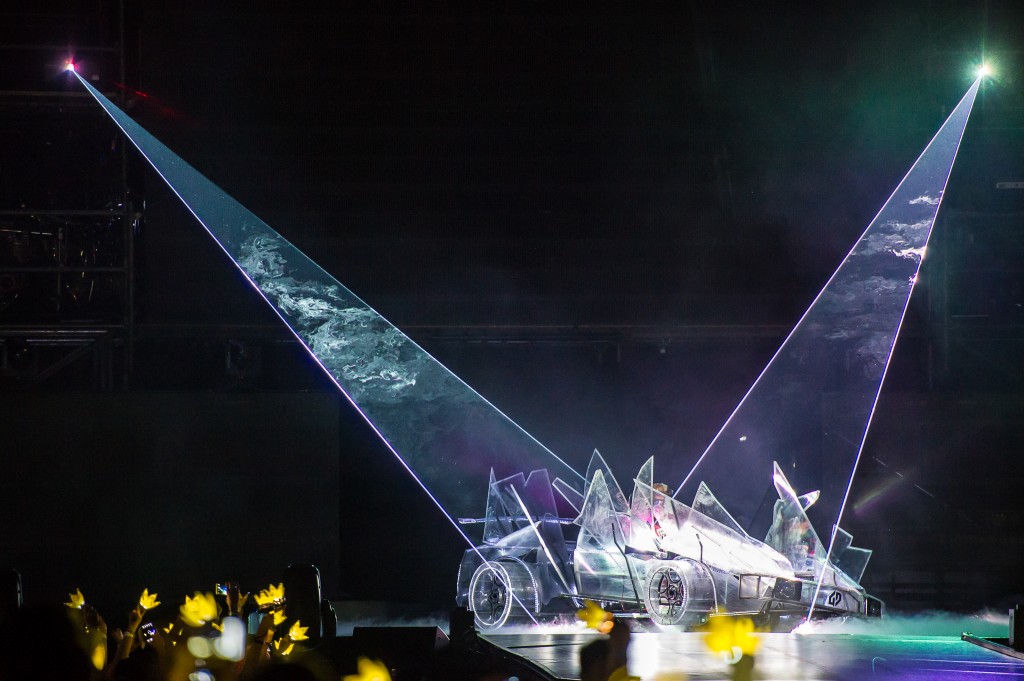 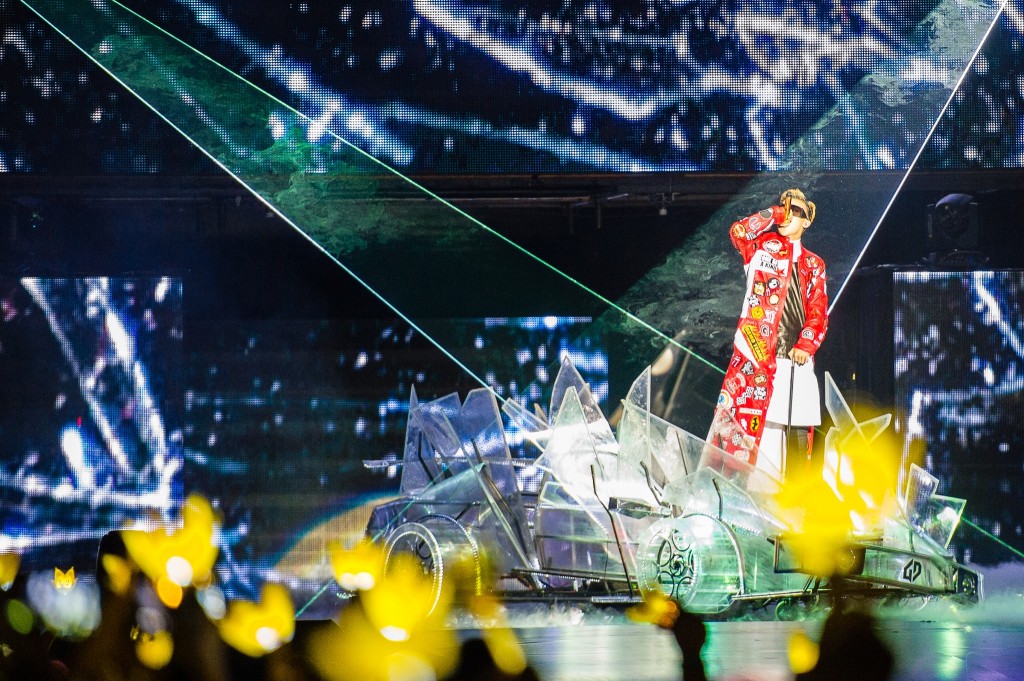 He then continued to sing his bonus track from the latest album Light it Up, featuring a hologram of Epik High’s Tablo, and The Leaders featuring a hologram of CL too. Following, G-Dragon slowed down the concert’s pace by performing Butterfly, with an amazing stage setup of large butterfly portraying a Alice-in-the-wonderland fantasy autumn garden concept. The show went on with tracks from both his Heartbreaker and One of a Kind album, namely Missing You, That XX, Without You, Today and A Boy. 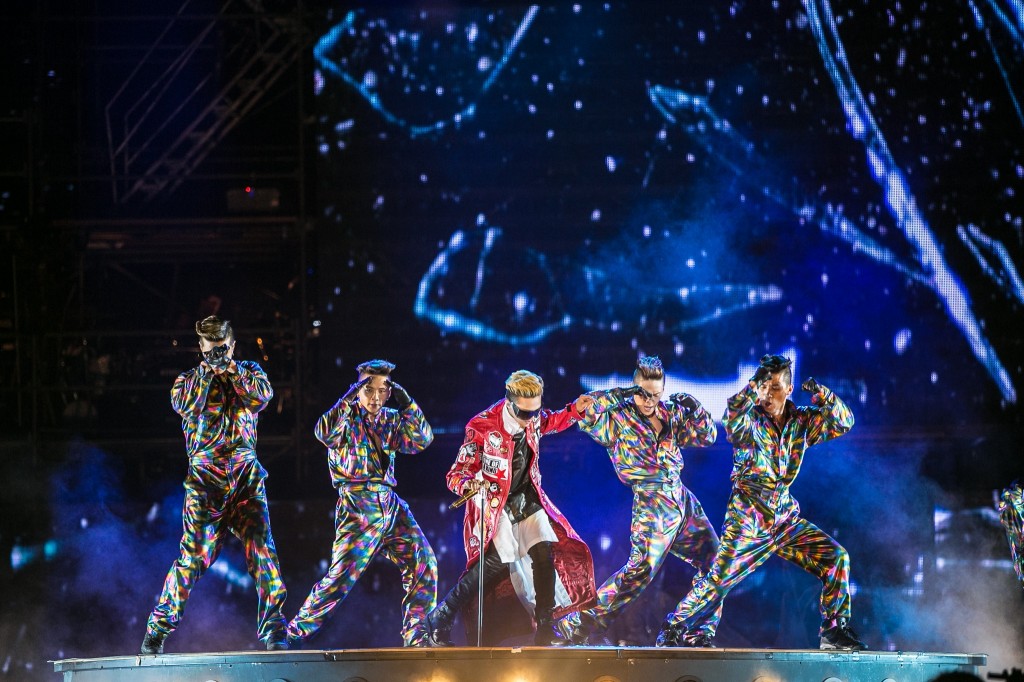 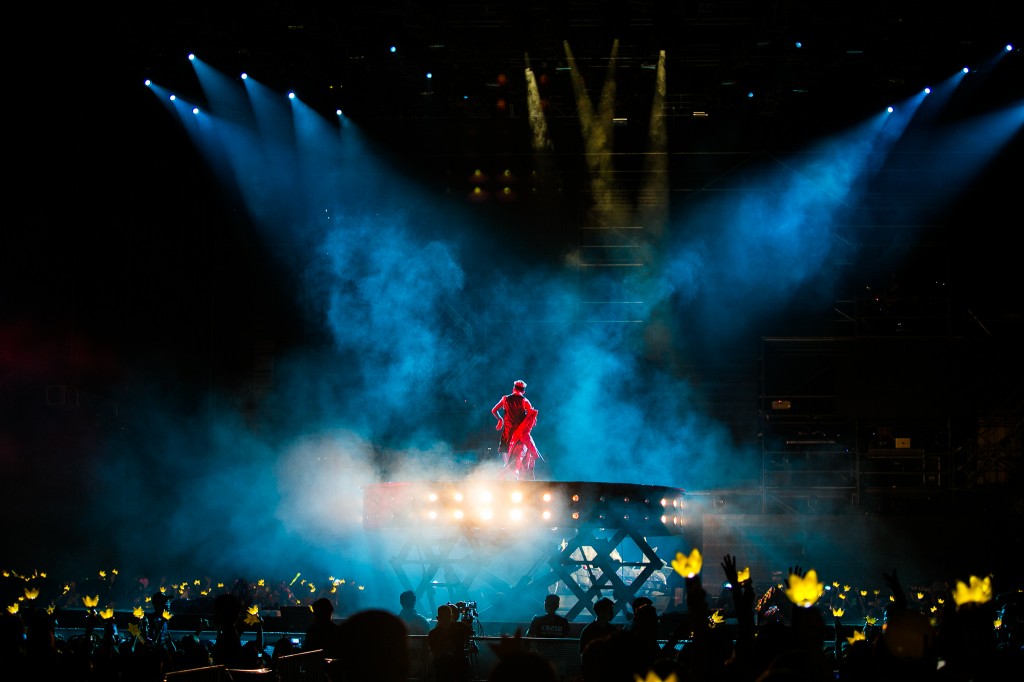 For the performance of Today, a special DJ stage surrounded with spikes was elevated and the man himself was spinning the tracks. After performing A Boy, G-Dragon hinted to fans saying “Next stage it’s going to be crazy! Someone’s behind me, we gonna make you scream tonight” and invited his “homie” on stage! The guest of the day as announced by the man himself on Twitter is nonetheless his fellow group member and also childhood best friend, Taeyang. Taeyang showed his support as a guest performer and performed his famous solo tracks namely Where U At and Breakdown. He warned the fans that he’s here to “make you hotter than this weather” and indeed, the crowd went wild during his performances. 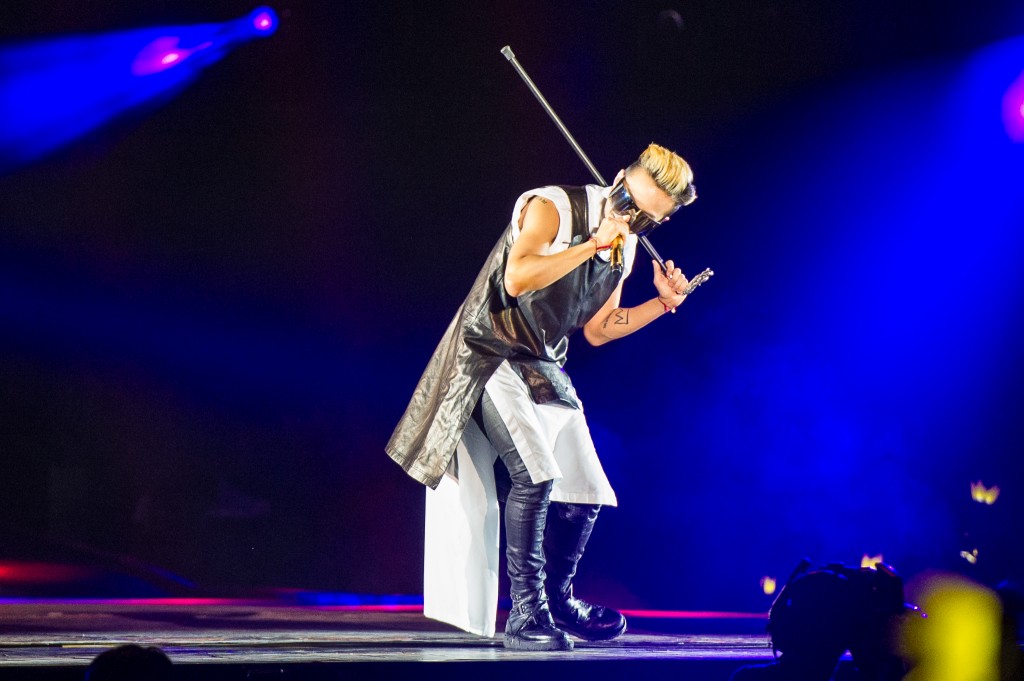 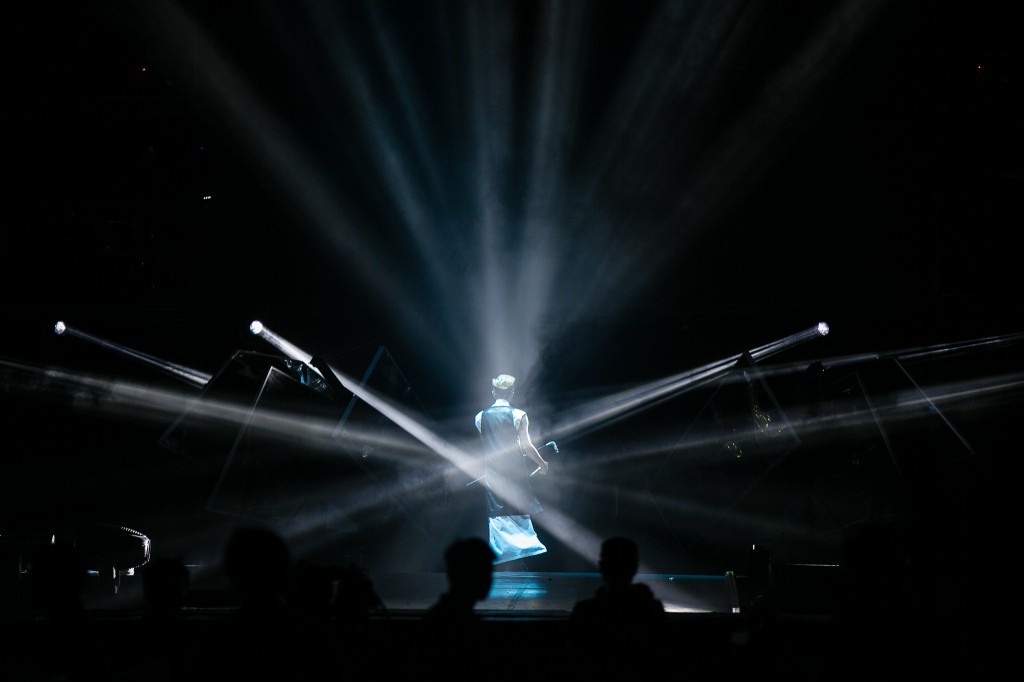 Fans in the mosh pit were also in for a treat as G-Dragon constantly approached towards the crowd, teasing the fans. After his performance of remix version of Crayon and Fantastic Baby, the audience was left chanting his name specifically “G-Dragon Saranghae (I love you)”, thirsty for even more of his entertaining moments. When the audience cheered louder, enthusiastic G-Dragon  returned  to the stage on a Segway with Breathe, Bad Boy featuring Taeyang, bringing the crowd crazier and louder than ever by asking them to sing “Good Girl” whenever the boys sings “Bad Boy”! 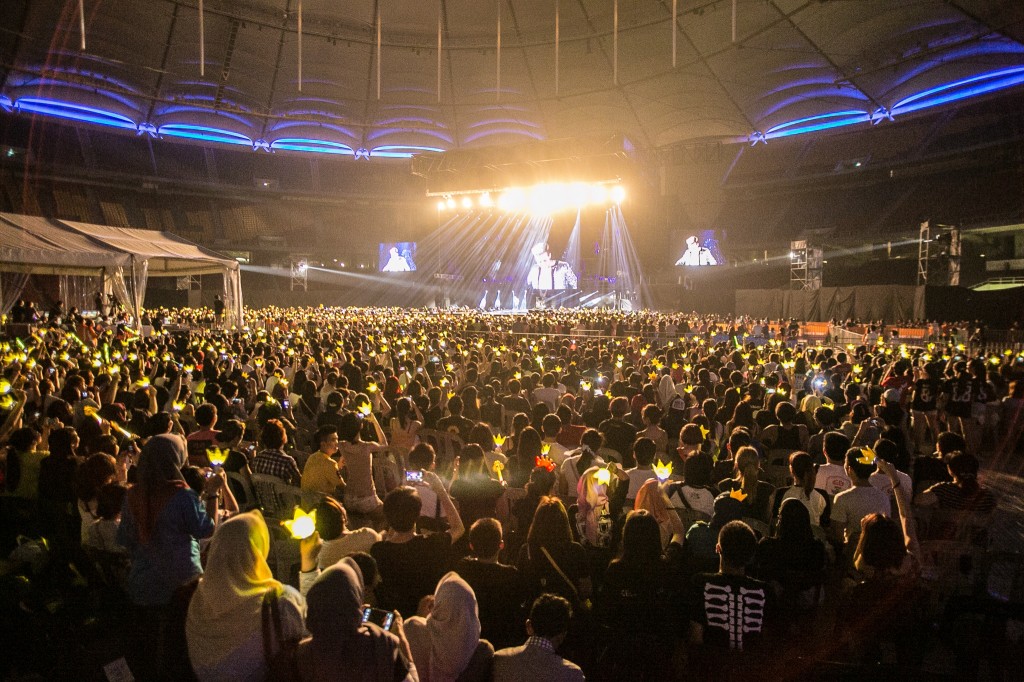 The nearly two-hour concert was definitely adrenaline filled with awesome stage setup from lightings that comes from 6 countries – Malaysia, Singapore, South Korea, Korea, China, Japan and Australia. Throughout the show, the creatively use of props,  elevated stage, confetti showers and fireworks made the concert enjoyable. In total, G-Dragon performed 20 over songs, including Obsession, A Boy, This Love and One Year Station. The multi-talented fashionista showed off his ability to rap, sing, DJ, and dance, which has swoon the hearts of the audience. The ecstatic crowd never stopped waving their fandom pride; the crown light stick, nor stop chanting or cheering.

It was truly a memorable and thrilling night for all VIPs. Truly One Of A Kind. 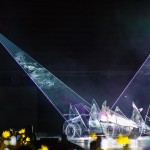 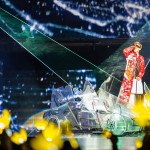 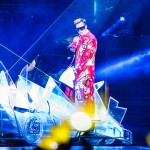 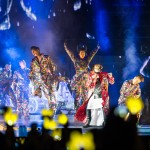 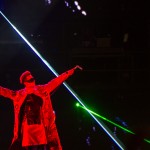 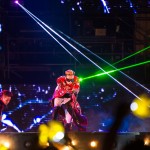 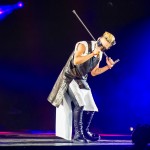 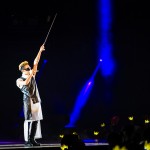 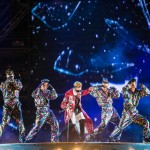 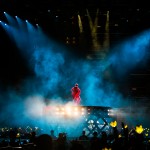 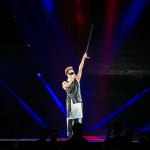 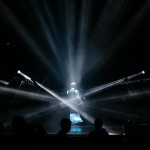 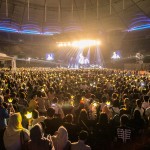 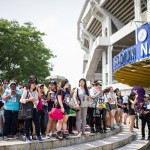 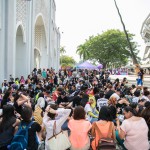 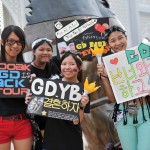 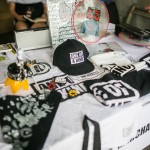 Special thanks to Running Into The Sun for the media invite!

Photos credit: Running Into The Sun

FacebookTwitter
SubscribeGoogleWhatsappPinterestDiggRedditStumbleuponVkWeiboPocketTumblrMailMeneameOdnoklassniki
Related ItemsBIG BANGCLG-dragonmalaysiaOne Of A KindRITSRunning Into The SunTabloTaeyangYG Entertainment
← Previous Story KCON returns this summer to Southern California!
Next Story → 2PM and Big Bang win at ‘MTV VMAJ 2013’ in Japan