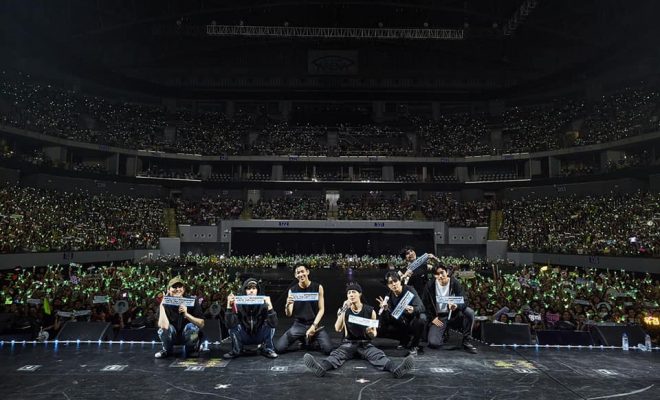 Three long years of waiting has definitely paid off for Filipino Ahgases as their favorite K-Pop band GOT7 recently gifted them with the best concert-party experience in Manila!

South Korean boy group GOT7 has finally graced the Philippine stage for their highly-awaited Keep Spinning concert at the MOA Arena on October 26. 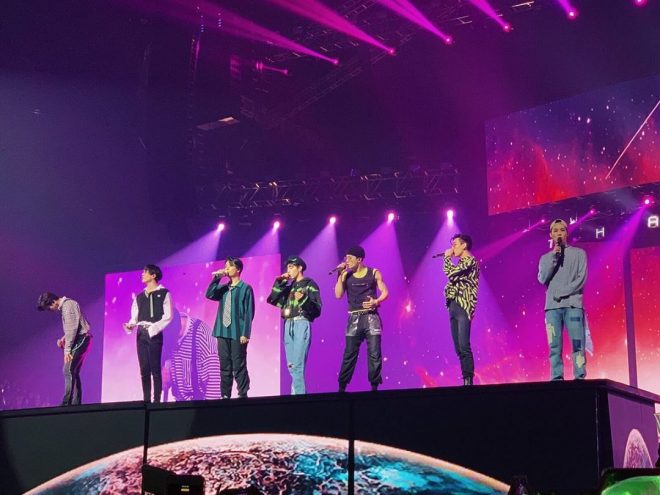 Bursting with fans’ thunderous screams all throughout the three-hour party, JB, Mark, Jackson, Jinyoung, Youngjae, Bambam, and Yugyeom captivated the passionate crowd with their variety of charms – from their A-level visuals, impressive vocals, amazing grooves, adorable wits, and sweet interactions to fans! 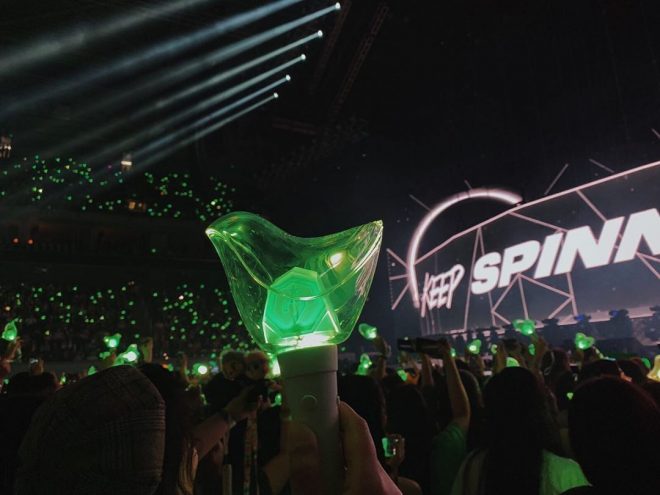 READ: GOT7 Music Milestones That Are Just Right To Prep You Up For “GOT7 Keep Spinning In Manila”

Welcomed by a beautiful sea of green, the handsome and multi-talented idols entered the center stage with their chic and sleek black ensembles. Commanding the audience’s attention early on, the boys kicked off the show with thrilling performances of “Eclipse”, “Out”, and “Never Ever”.

Cue our screams!! #GOT7 is finally up on stage to meet their precious PH Ahgases!#GOT7KeepSpinningInMNL is presented by @PULPLiveWorld pic.twitter.com/jHJia7ZiWd

After quickly giving their warm greetings to their long-awaiting Filipino Ahgases, the K-Pop septet continued the set as they took fans to a beautiful “Skyway”. They followed it up with special solo and unit stages that truly delighted everyone. 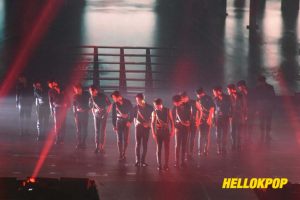 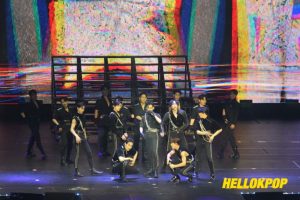 First up was the group’s beloved leader JB who give fans a joyful “Ride”. Youngjae then belted his heart out with “Gravity” while AmeriThaiKong unit composed of rappers Mark, Bambam, and Jackson spit fiery verses through “GOT Has Returned” and “Mañana”. Lastly, Jinyoung and Yugyeom who named their team as “No JB” showed off their dancing skills through “Stop, Stop it”.

Amazed by the crowd’s overflowing energy, the boys went on to share how much Ahgases mean to them. “If you are not here, I’m not here”, Youngjae sweetly said in English. Agreeing to what his fellow member’s feeling, Bambam then adorably added: “If you are here, I’m here too right?”

Moreover, the band’s oldest hyung gave a sweet reminder to everyone by saying, “Don’t worry about the problems because there will always be better days. We lost our light and we need to find it. Our light is Ahgases.”

Hoping to treat fans with a memorable concert, GOT7 continued the show by gifting fans with more remarkable stages. The boys were able to delight fans by performing some of their most-loved tracks. From their latest songs “1°”, “Sign”, and “I Am Me”, to hyping up the crowd with their record-breaking hits “Come On”, “Just Right”, “Paradise”, and “Look” while donning their stylish street outfits. 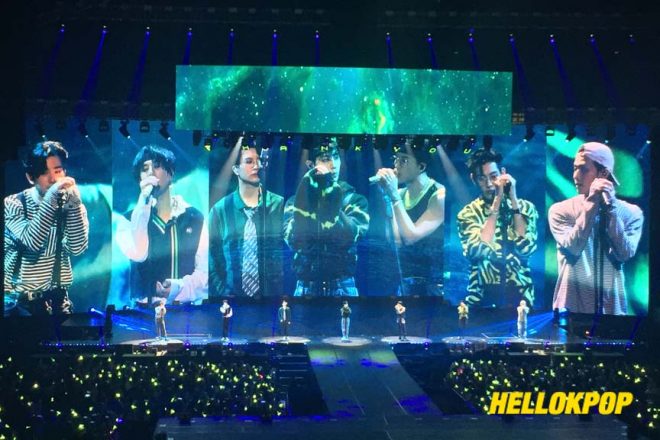 This is literally their message to you, PH Ahgases – thank you (and the night isn't even close to being over yet!!) ?#GOT7KeepSpinningInMNL is presented by @PULPLiveWorld pic.twitter.com/k7jPuqHE3M

Soon after, the group revealed that they have two things to share with fans – bad and good ones. Particularly, Mark shared the bad news first by saying, “The show is coming to an end.” Gaining a lot of “awws” from fans, Jackson then quickly followed it up by sweetly assuring fans with the good news: “But GOT7’s shows (concerts) never ends.”

Seriously not wanting the show to stop, the Filipino Ahgases screamed their hearts out with “Walang Uuwi”. Looking confused with the local words, the boys then tried to copy it. And not to our surprise, the great “Mr. Double B” Bambam succeeded to pronounce it well. 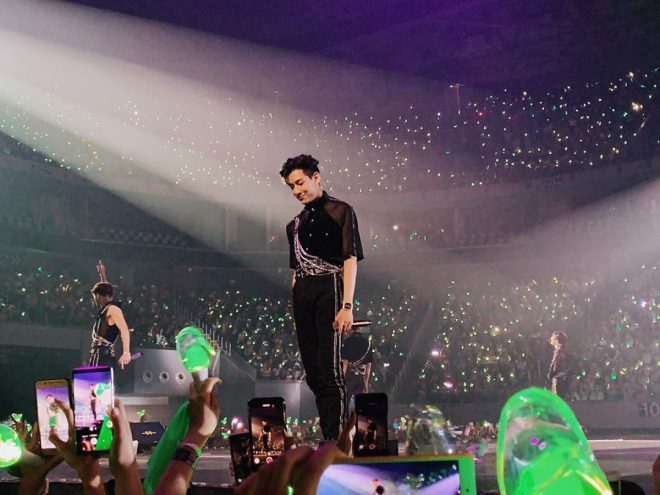 Upon knowing its meaning, which is “no one’s going home” in English, Mark added: “We have a new home. It’s here.” Moreover, the boys humorously declared that their next song will be titled “Walang Uuwi.”

Just when everyone thought that the energy has reached its maximum level in the MOA Arena, the idol group came back to the stage to sing their sweet “Lullaby” to fans.

Aside from captivating the crowd with a stunning performance of their 2018 hit track, the K-Pop stars likewise showed amazing power through a “Hard Carry” number.

Gracing the stage with their black casual attires, GOT7 started off their encore stage with a soulful “Miracle” number. 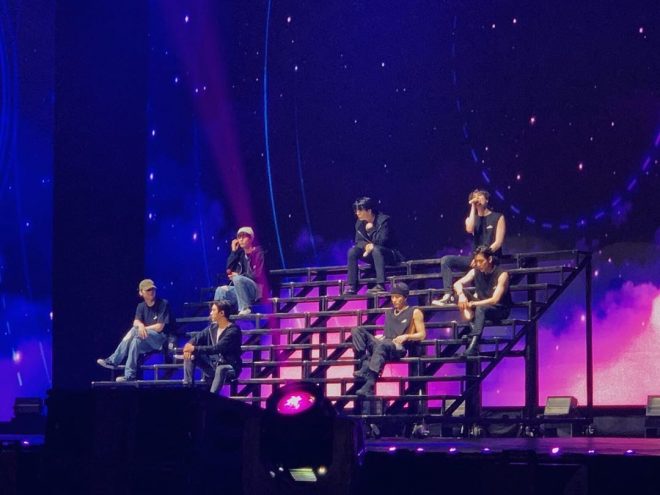 Immediately after the song ended, the lights went off and a special video started to play.

The video narrated the story of numerous Filipino Ahgases who patiently waited for their favorite idol group to return to the Philippines. It was back in 2016 since the boys last visited the country through their GOT7 Flight Log: Turbulence in Manila.

In addition, the clip showed that a lot of things had actually happened during the fans’ waiting game. Specifically, nine albums, two units, two concert tours have already been made during the last three years.

Moreover, the fans thanked the boys for coming back by saying, “You made us the happiest Ahgases in the planet”.

READ: 7 Soft GOT7 Songs That Will Leave Your Heart In A Love Loop

Looking surprised and touched at the same time, the boys then expressed how they felt after watching the heartwarming video.

“Sorry for making you wait for too long. You don’t have to fly to other countries to see us anymore. We go here especially for you,” Bambam began.

Sharing how the video made him feel, he then revealed that he is actually very much happy to hear that Manila got sold out.  “I got a lot of fun. I enjoyed my time. You are like Thailand. You are like a family. Thank you so much!” 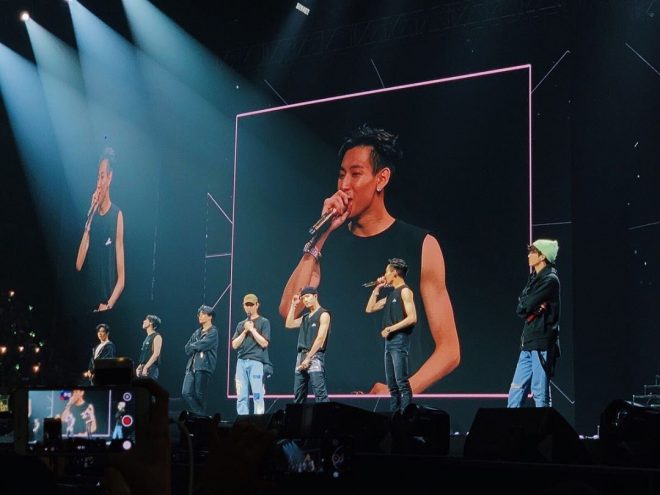 Meanwhile, Mark, the group’s loving hyung got emotional with the fans’ gift.  “We are not sure if it would take another three years, two years, or one year, but we promise to come back sooner. I love you!” he said.

As for Jackson, he likewise expressed how much he wanted to return to the Philippines again by saying, “We don’t know when we’ll be back but one thing’s for sure. We will tell JYP that we need to come back here, promise.”

Wanting to express himself fully, JB has given his message in Korean. “Sorry that we weren’t able to come back sooner. We’ll prepare hard to return as better artists,” GOT7’s charismatic leader said.

Aside from showing their grateful hearts to fans, Youngjae, Jinyoung, and Yugyeom also sent their gratitude to their team members, staff, management, and promoters. Moreover, the boys even applauded the crowd for their undying patience, love, and support. 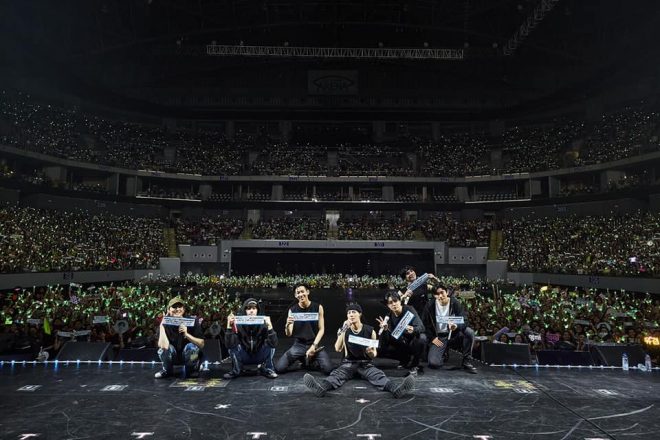 As the night went deeper, a bittersweet feeling has started to knock everyone out in the venue.  Aiming to give a memorable show to fans, the idols naturally created great synergy with the crowd as they partied together through exciting tracks including “Fly”, “Go Higher”, “Shopping Mall”, “Girls Girls Girls”, and “Before The Full Moon Rises”. 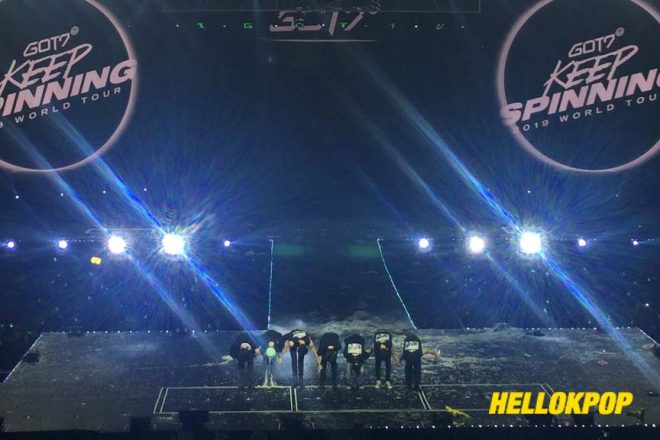 Meanwhile, fans received an unexpected special bonus present as Jackson capped off the night by coolly taking his shirt off while exiting the stage.

Though it took almost three years for GOT7 to return in the Philippines, the Filipino Ahgases surely experienced an unforgettable concert-party proving that the boys are truly worth the long wait. 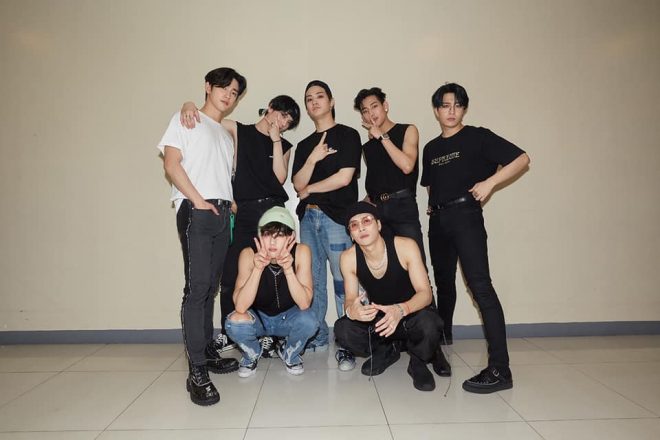 GOT7 Keep Spinning 2019 World Tour in Manila is presented by JYP Entertainment and Pulp Live World.