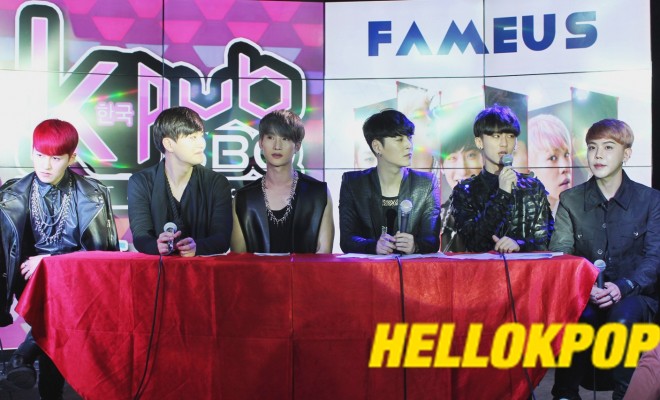 The buzz about K-Pop will never stop with emerging rookies ready to unleash their full potential after years of hard work and training. In the Philippines, even rookies have a significant share of fans that can multiply in a matter of weeks, or even days.

Rookie group FameUS arrived in the Philippines on February 9 with fans welcoming them personally in the airport. Two days later, they were formally introduced to the Filipino public in a press conference held at a Korean restaurant in Quezon City.

Doah describes his first impression of the members.

FameUS is a 6-member team managed by KN Media. The group’s name comes from the words F1RST (letter F), “AME” which means “mind, soul and spirit”, and “US” to form the new name FameUS which also reads as “famous”.

The two members Junghoon and leader Hansaem, were originally from a co-ed group called F1RST and was later joined by Doah in 2011. The three members were then called out to debut in an all-male group together with Hanyoung, Daeyoung and Kudo. 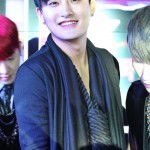 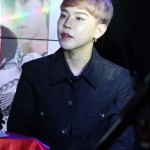 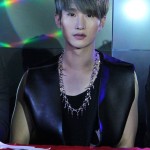 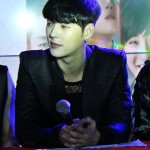 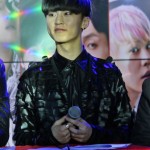 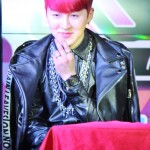 They made their official debut with their song Crazy in September 2014 and have then released another digital single The Only Stupid One toward the end of the year. They are currently filming a new music video in the Philippines along with their 2-week lineup of activities meeting their fans and mini-concerts.

In the press conference, Junghoon mentioned that what sets their Filipino fans (official name: BL1SS) apart from their Korean fans is their display of active and strong affection for them recalling an instance when he was asked, “Oppa, kiss juseyo.” (“Oppa, please kiss me.“)

The group also talked about how excited they are for their new song. With its music video being filmed here in the Philippines, they hinted that this new song will show the fans a more vibrant and cheerful side of the group.

They are also looking forward to increase the love and support from the Filipino fans since they will be seeing more of the Philippines in the music video and will remember the intimate moments and events they have spent together.

In a candid setting, the group answered several questions most fans would like to know about these boys. We tried our best to make you feel closer to them in our own guerrilla interview conducted right after the press conference.

It is the last week of their stay here in the Philippines and they still have a lot more in store for those fans who don’t get tired of seeing their energy. They are set to have a mini-concert on February 19, which is also Korea’s Lunar New Year celebration and have scheduled to meet with cancer patients before flying back to Korea.

We would like to thank both Mr. June Young Jung for granting our request for this interview and Mr. Jasper for his aid in translation during the conduct of the interview.