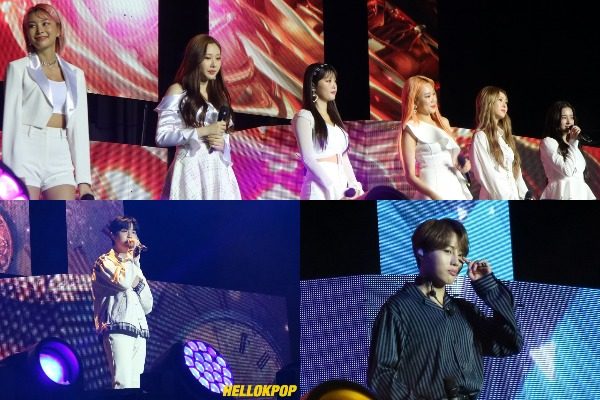 Good Friends in Manila was a night full of good music and a celebration of friendship. The event was held on October 5 at the Araneta Coliseum. Former WANNA ONE members Ha Sung Woon, and Kim Jae Hwan, together with girl group Momoland, serenaded their fans with their hits. 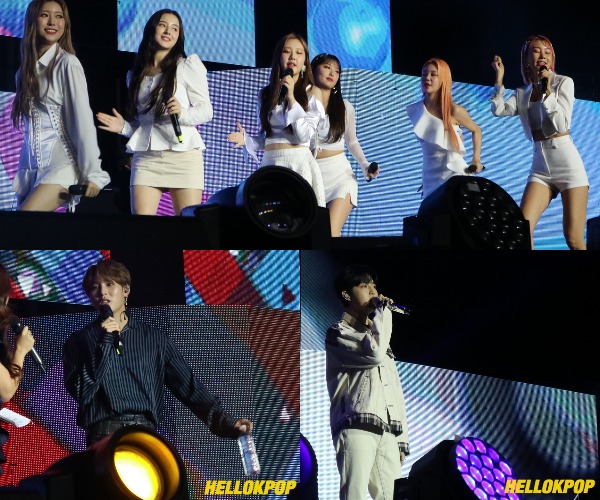 The event also served as an avenue to help less fortunate children as the ladies of Momoland donated their performance fees for the concert.

WANNA ONE Mini-reunion (of sorts)

The former vocalists of WANNA ONE, Ha Sung Woon and Kim Jae Hwan, reunited in the event, though they did not perform together.

Ha Sung Woon showcased his sweet vocals and slick dance moves with his performances. He opened up the concert with the song “Bird”, the title track from his first solo EP My Moment. He followed it up with “Tell Me I Love You”, another song from the mini-album. Sung Woon then performed his single “Riding” (feat. Gaeko). 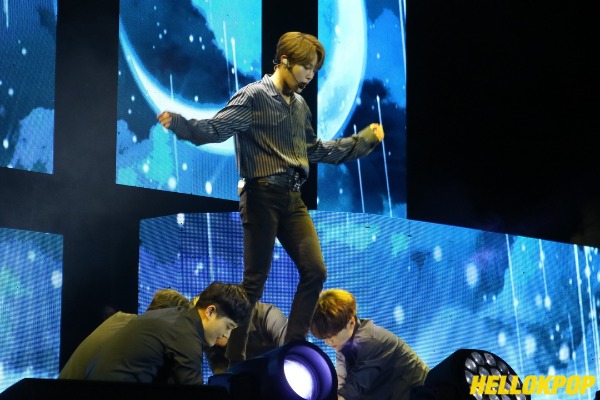 Ha Sung Woon revealed during his talk portion that he was just in Cebu with other idol friends. And if he has chance to make another visit, he would like to see Tagaytay. According to the singer, he heard Tagaytay is a beautiful place. The host also asked him about his definition of a friend. 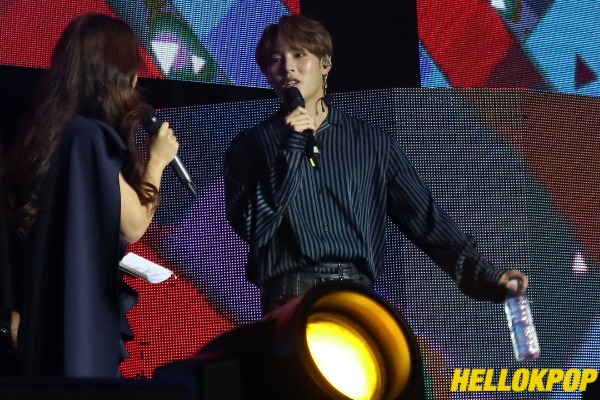 Sung Woon said that friends are someone who find and share happiness to the people around them. He continued that, as the title of the concert, “Good Friends in Manila”, he hoped that fans were having a good time with their friends.

Ha Sung Woon continued his set with songs “Bluemaze”, “Blue” and “What Are You Doing Today?!” 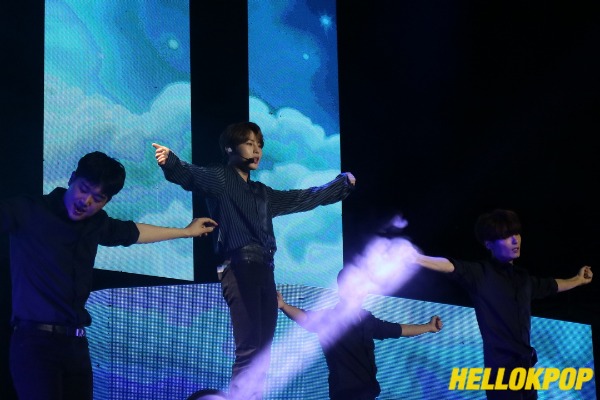 Next up on stage was the main vocalist of the project group, Kim Jae Hwan. Known for his powerful vocals, he just amazed fans with his improved dance moves. He did not disappoint as he wowed the crowd with his opening number.

Jae Hwan sang “Begin Again”, the lead single from his solo debut mini-album Another. The singer then performed “Blow Me” and his rendition of “Sorry Not Sorry”. 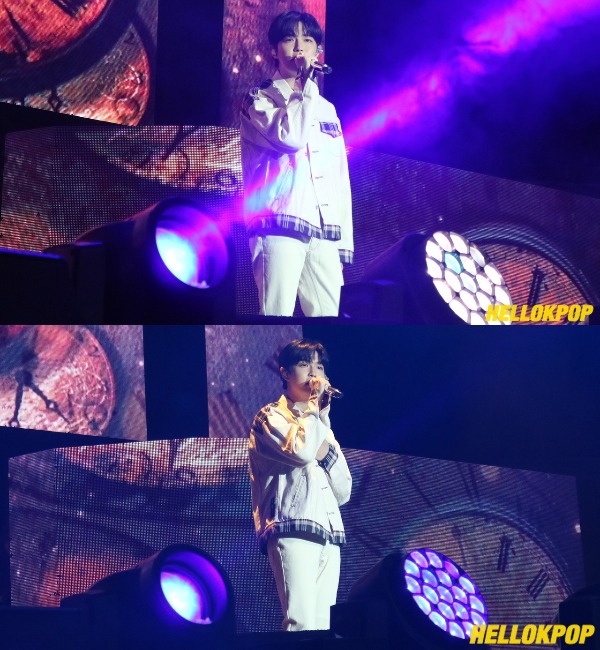 In his ment, he said that he has another good memories with fans to cherish and he hoped that they will keep supporting him in all his endeavors. Host Sandra Jung asked if he has plans to pursue acting. The former WANNA ONE’s “main everything”, smiled shyly and admitted his current main focus is his music.

Jae Hwan also performed “Black Sky”, an original soundtrack from the TV drama Chief of Staff. For his final song, Kim sang and danced to “Designer” which he dedicated to fans and said the lyrics conveyed what he felt. He wished that he was able to “design” perfect performances and that it made the crowd happy. He thanked the fans and mentioned not to forget the memories created that night. 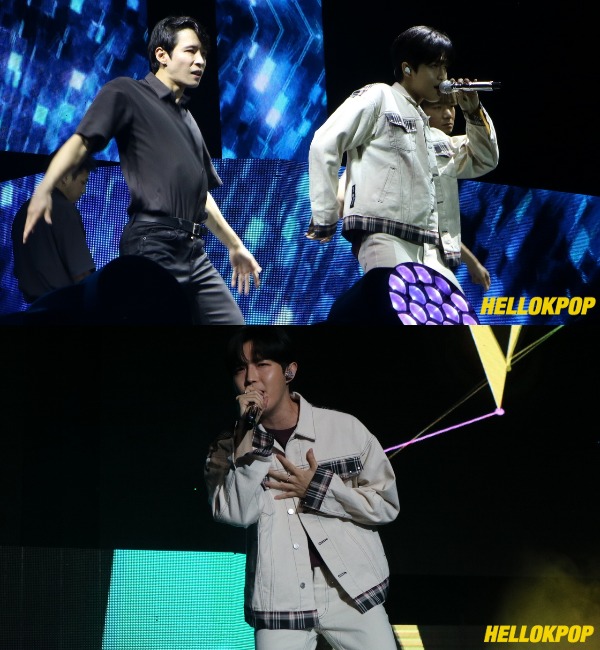 Both Ha Sung Woon and Kim Jae Hwan expressed their gratitude to the audience. They said they had been given the warmest welcome, just like the reception they received when they were part of WANNA ONE. 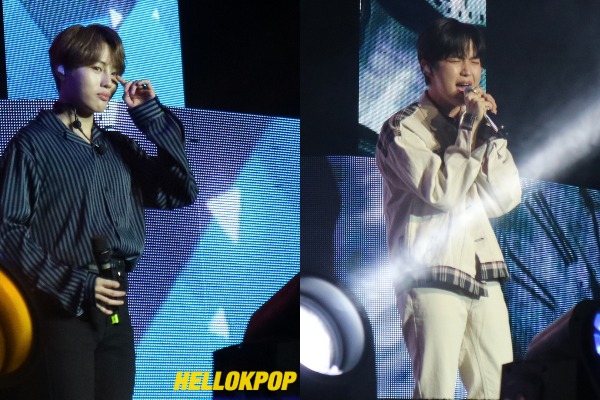 The ladies, six of them, as Yeonwoo, Taeha, Daisy were unable to attend due to health and personal reasons, still gave out great performances. They sang quite a number of songs beginning with “Welcome to Momoland”.

The girl group hyped up the audience with an EDM version of “Uh Gi Yeo Cha”. They slowed things down and showcased their sweet voices with the slow song “Falling U”. 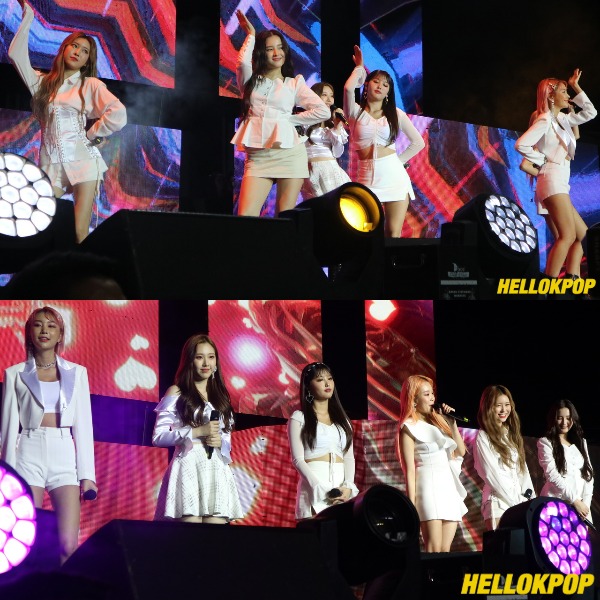 Momoland said that they love coming back to the Philippines and meet with their Filipino Merries because of the never-ending support. The ladies added that whenever they perform in the Philippines, they always feel the love from fans.

The girls performed a series of songs, including “Holiday”, “Wonderful Love (EDM ver.)” and “I’m So Hot”. The group’s only breather was a short ment where they thanked the fans once again.

The girl group brought the house down with “Baam” and “Bboom Bboom”. They capped off the night with a local song – Yeng Constantino’s “Salamat” which translates to “Thank You”. 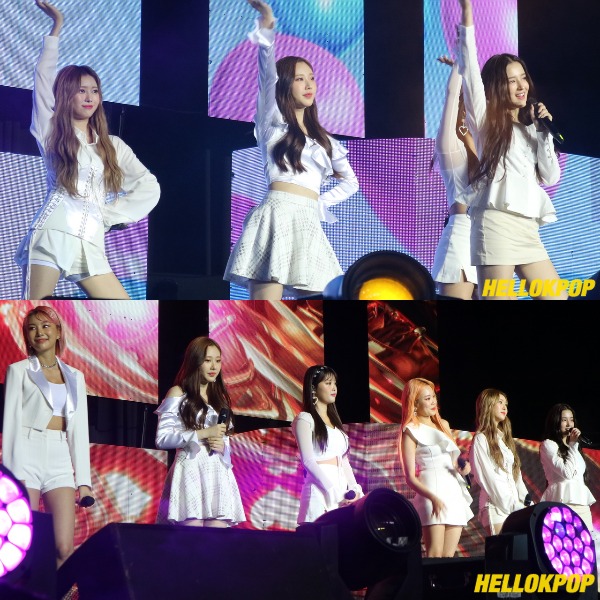 Good Friends In Manila ­– Concert for a worthy cause

“Good Friends in Manila” was concert not only to celebrate and strengthen the relationship of K-Pop artists and fans. It was also a means to extend a helping hand. Momoland in particular, as announced in the event, has donated their earnings to benefit the children from Antipolo City. 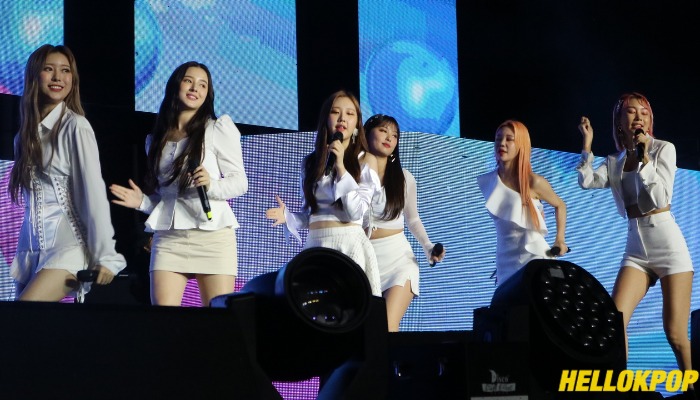 Through their earnings, Momoland would use it to buy clothing and various items in Korea. Kids from two districts (San Jose and Calawis) in Antipolo City will be the recipients of the gifts . According to the group’s agency, MLD Entertainment, the donation is the group’s way of giving back the love and support they always receive from their Filipino fans.

Hellokpop would like to thank DNM Entertainment for the invitations.