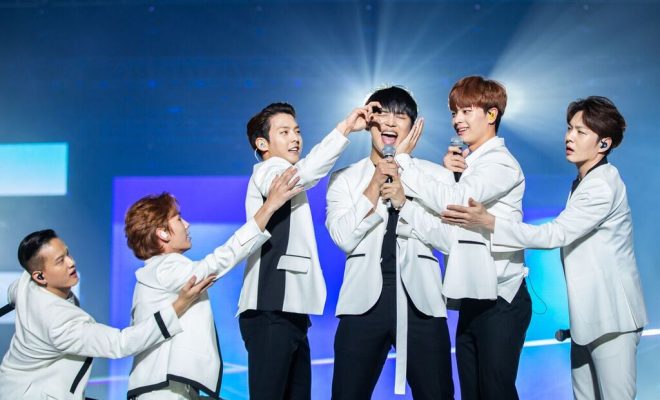 When HallyuPopFest 2018 said it’s going to be the biggest K-Pop event in Singapore (and probably, the region), it was not joking.

And the three-day festivities at the Singapore Indoor Stadium held on September 7 to 9 were solid testaments of the grandeur that was HallyuPopFest 2018.

See Also: 9 Memorable Stops In “HallyuPopFest 2018” Day 2 That Made Us Scream For More!

The third and final day of the festival fired up Singapore with everything a K-Pop concert should be, starting with a pumped up afternoon showcase, up-close personal red carpet, and capping the day with blazing performances at the evening concert.

In case you missed it, we got you covered! In the last part of the series, we share why HallyuPopFest 2018 Day 3 was a definite (and certified) daebak.

Read on and relive that day when Eric Nam, Dream Catcher, MYTEEN, UNB, Heize, NCT 127, BTOB, and Taeyeon took over the Singapore Indoor Stadium with stunning performances and memorable interactions in our rundown of HallyuPopFest 2018 Day 3! 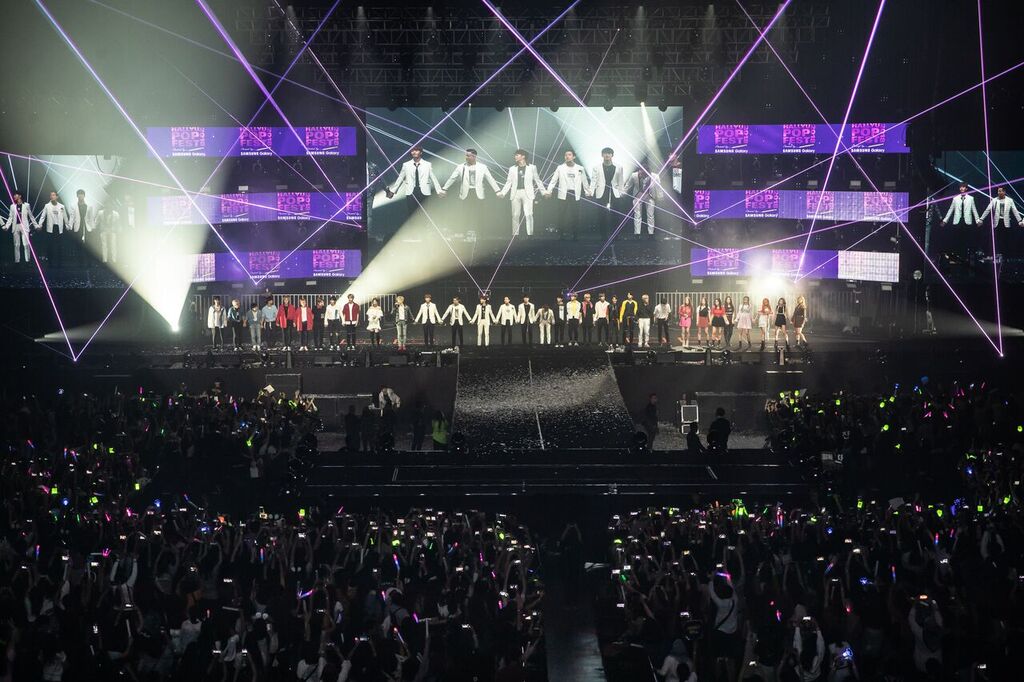 #1: Eric Nam wowing us with his live performances

Since Day 1, Eric Nam has been winning us over with his wit and humor as a host. Since Day 1 too, he had been making our jaws drop with his remarkable stage presence and on-point vocals. 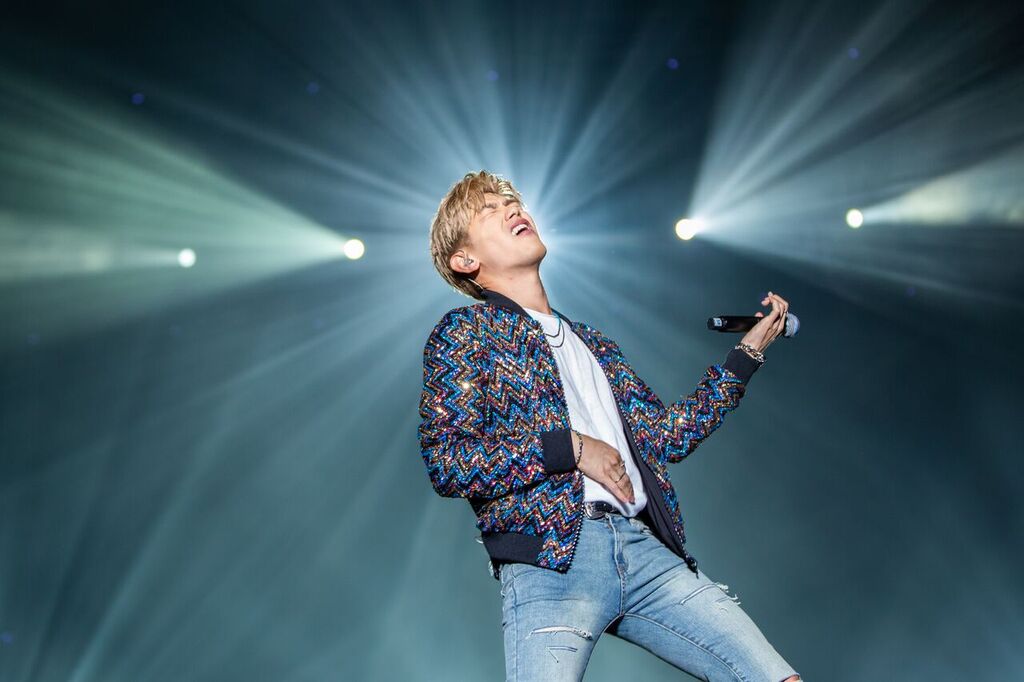 The singer-host continued to impressed onsite fans with live performances of his tracks, “Potion”, “Cave Me In”, “Honestly”, and “Into You”.

He got the whole stadium fired up, singing and dancing alone that we began wishing more of singer Eric Nam. 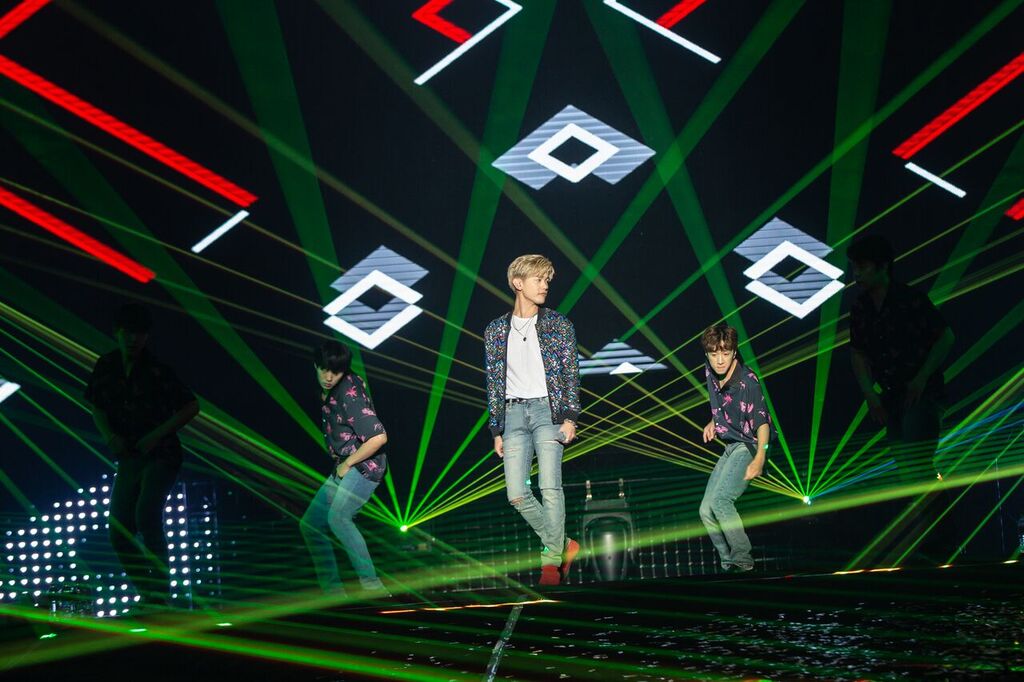 #2: Dream Catcher bringing us back to 2007 with Girls’ Generation’s “Into the New World”

The members of Dream Catcher gave a mesmerizing tribute to their seniors Girls’ Generation, with a rendition of the latter’s debut song, “Into the New World”, released in 2007. 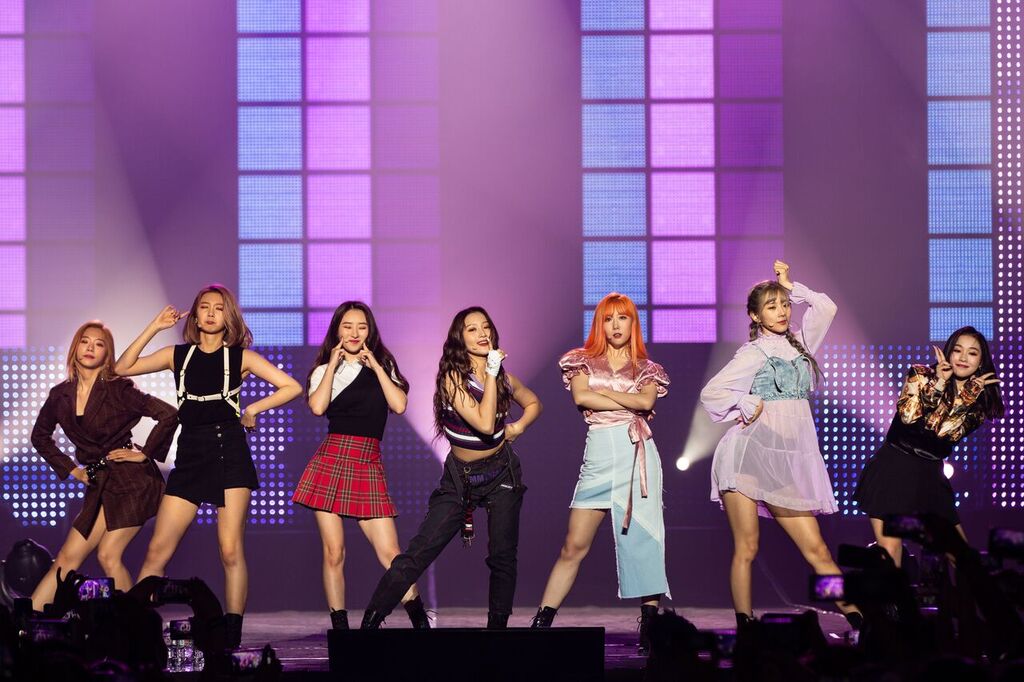 More than “Into the New World”, Dream Catcher got us wanting more as the girl group gave 101 percent performances of its songs, “You And I”, “Which A Star”, “Chase Me”, and “Sleep Walking”.

When we thought it’s over? The girl group also performed covers of “Lucky Strike” and “There’s Nothing Holding Me Back”. 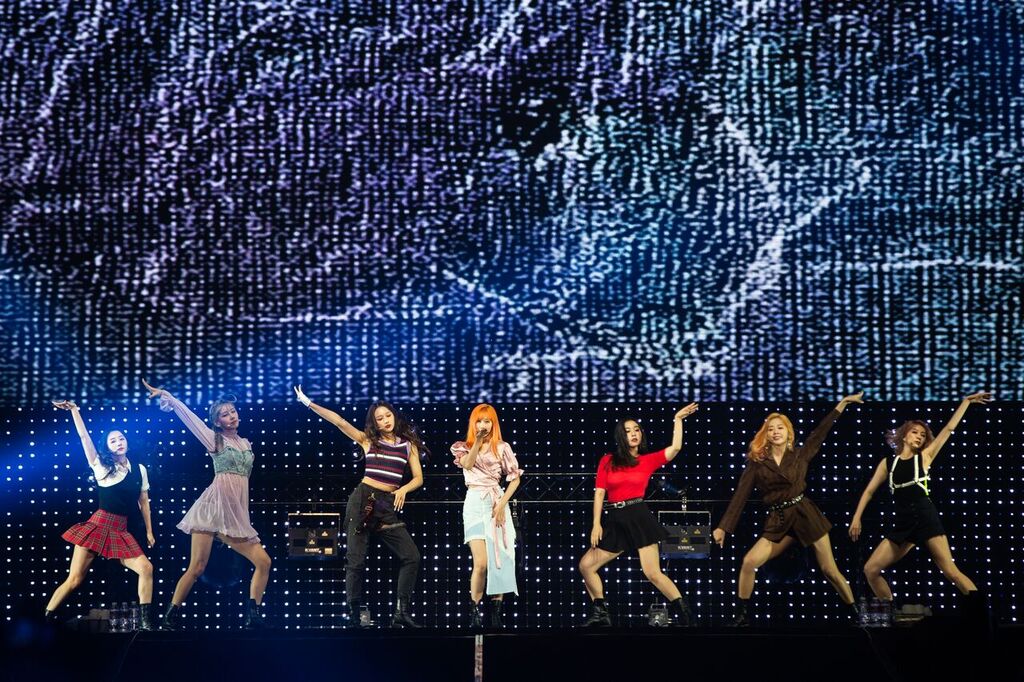 #3: MYTEEN heating up the afternoon showcase with “She Bad”

Baby, it’s true. MYTEEN is oozing with talents that we are no longer surprised when Taevin, Chunjin, Eunsu, Kookheon, Junseop, Yuvin, and Hanseul delivered nothing short of the best performance with their latest song, “She Bad”, from their second extended play, F:UZZLE, released on July 10, 2018. 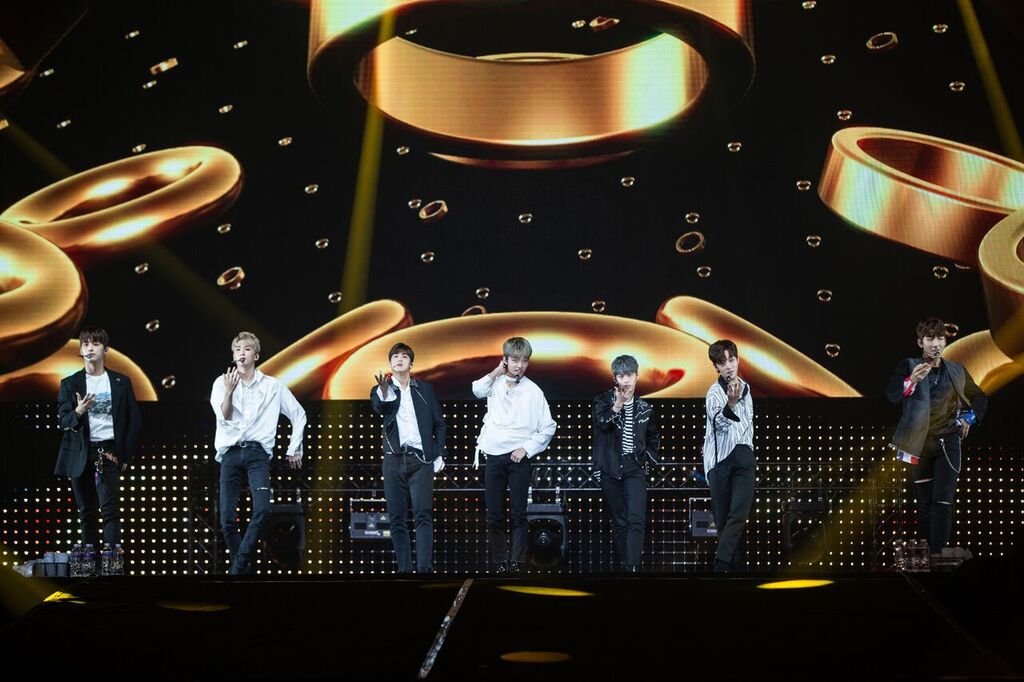 Aside from “She Bad”, the boy group also treated fans with live performances of “Martian”, “Amazing”, “You-reka”, “Day by Day”, and “Beautiful Goodbye”. 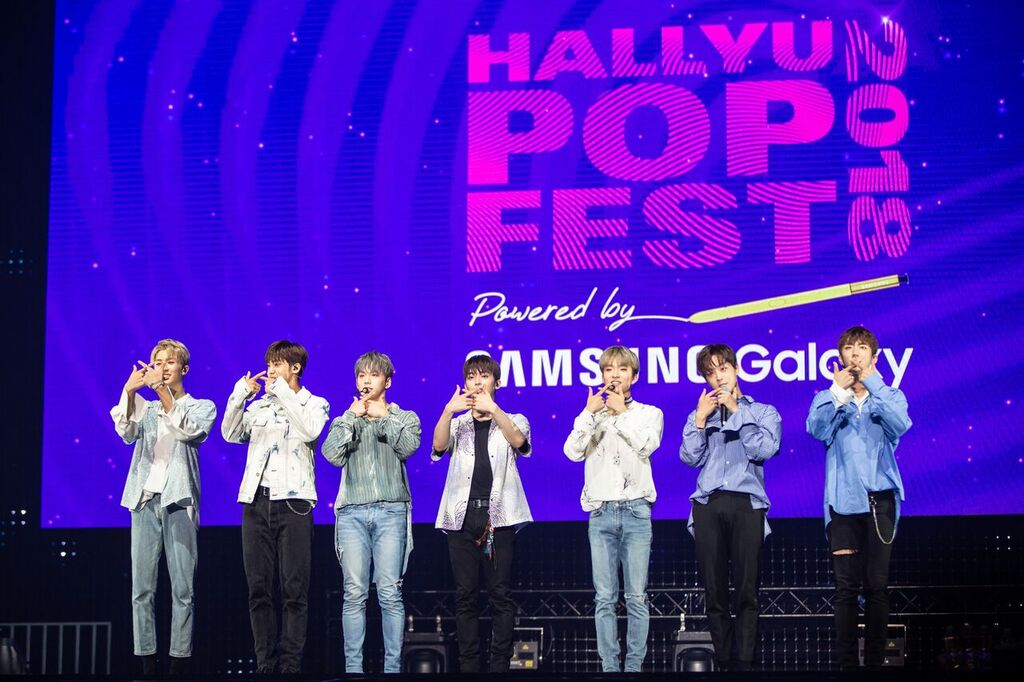 UNB was a definition of perfect performers as Jun, Euijin, Hojung, Feeldog, Marco, Daewon, Kijung, Hansol, and Chan pumped up the stadium with their signature awe-inspiring dance performances – partnered with jaw-dropping vocals. 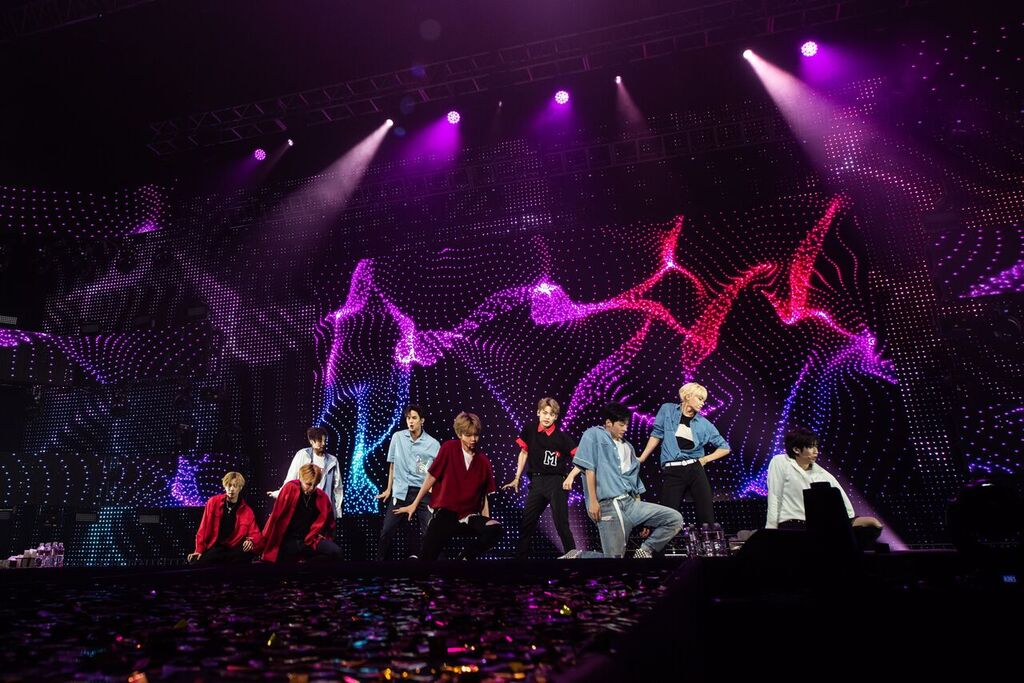 The boy group, who marked its first ever performance in Singapore, did not disappoint with their stages. The members brought fans back to their The Unit days with a mashup of Alessia Clara and Zedd’s “Stay” and VIXX’s “Chained Up”.

They continued heating up the energetic crowd with their debut track “Feeling”. With excitement going in the air, the members did not slow down as they followed up with “Ride With Me”. 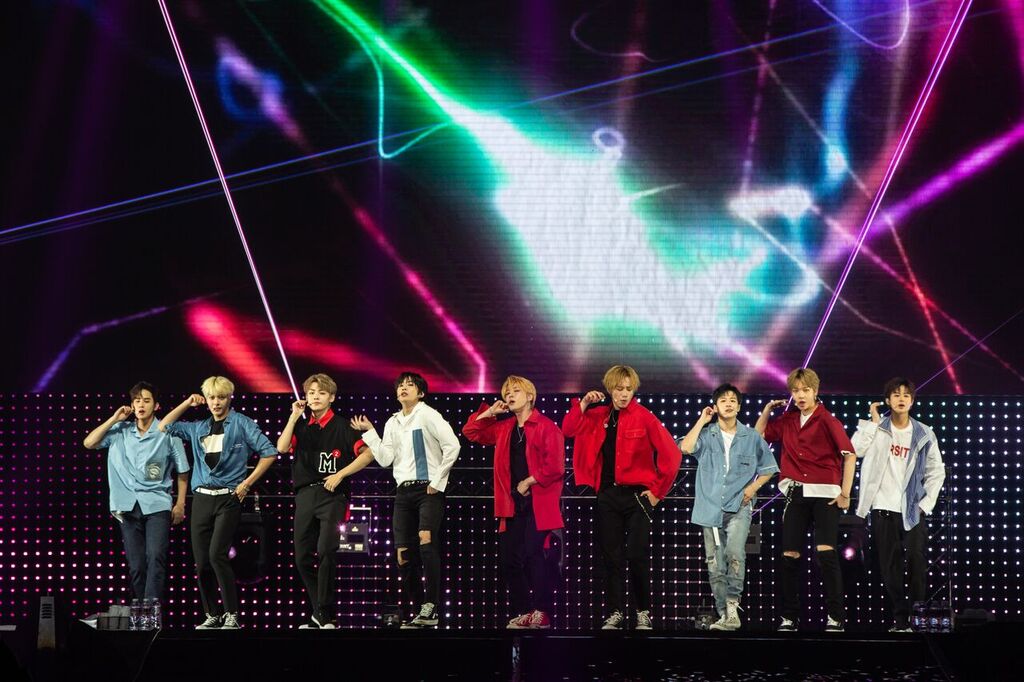 The vocals of UNB members beautifully resonated at the Singapore Indoor Stadium with their song, “Only One”, also one of their debut tracks.

The boy group then got the crowd singing along to “Rebooting” before performing their The Unit finale songs, “Pull Me” and “Dancing with the Devil”. The boy group did not let the energy die down until the very end with “Black Heart”. 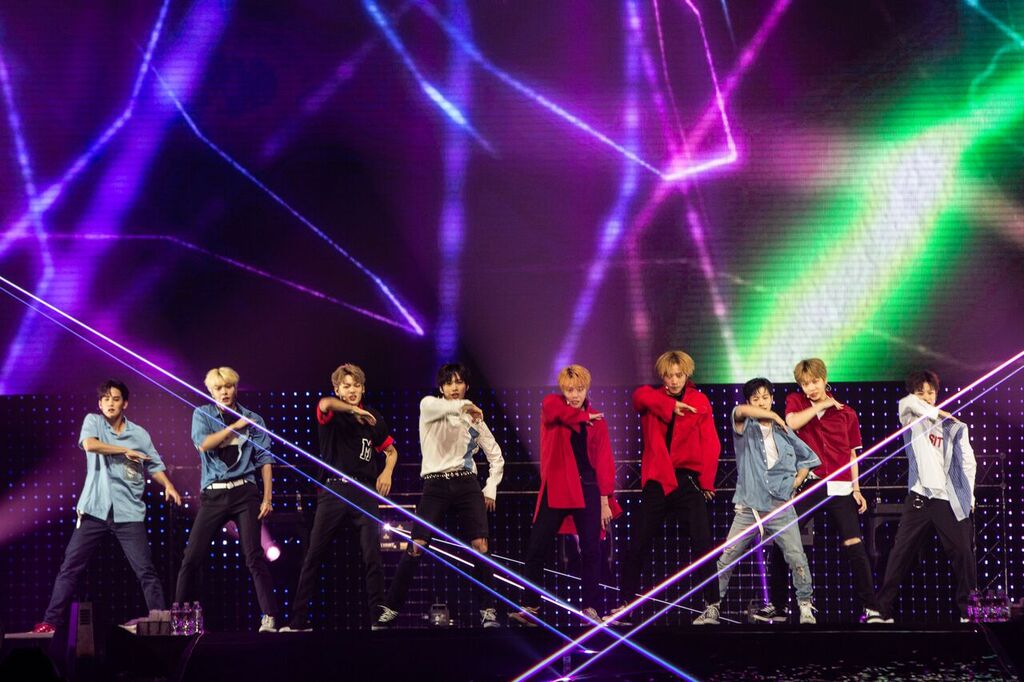 #5: Heize collaboration with the audience

HallyuPopFest 2018 Day 3 was made more worth reliving, thanks to the soothing vocals of Heize who gave fans memorable performances of her chart-topping songs, “jenga”, “You Clouds, Rain”, “And July”, and “Don’t Know You”. 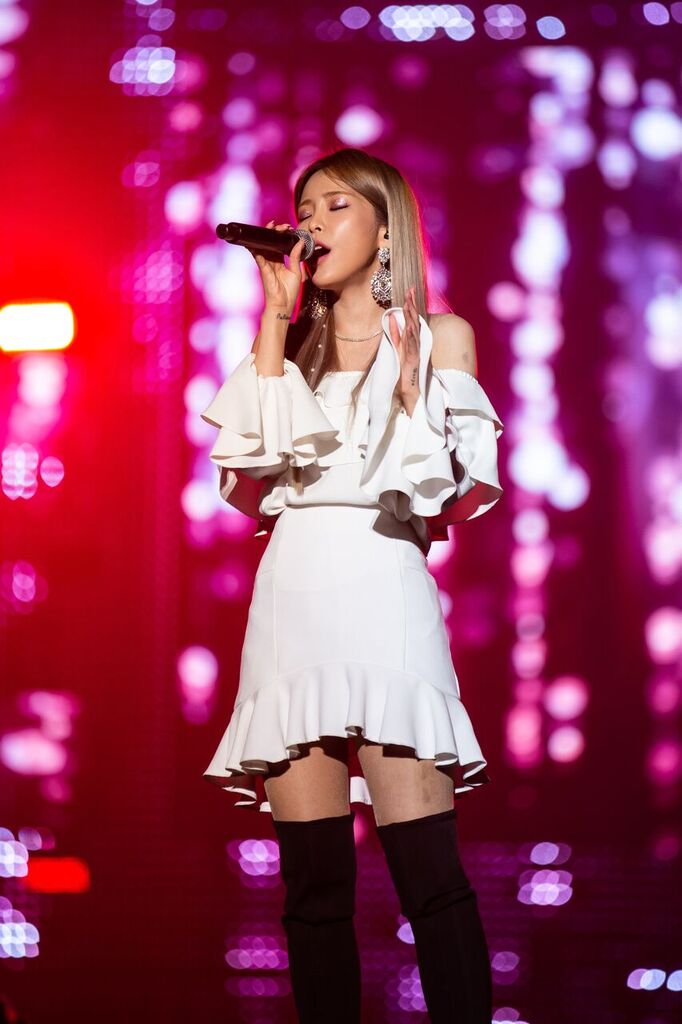 And the singer’s performance was made more captivating as she collaborated with the audience, who gamely lighted up the arena with their flashlights for a breathtaking stage of “Star”. 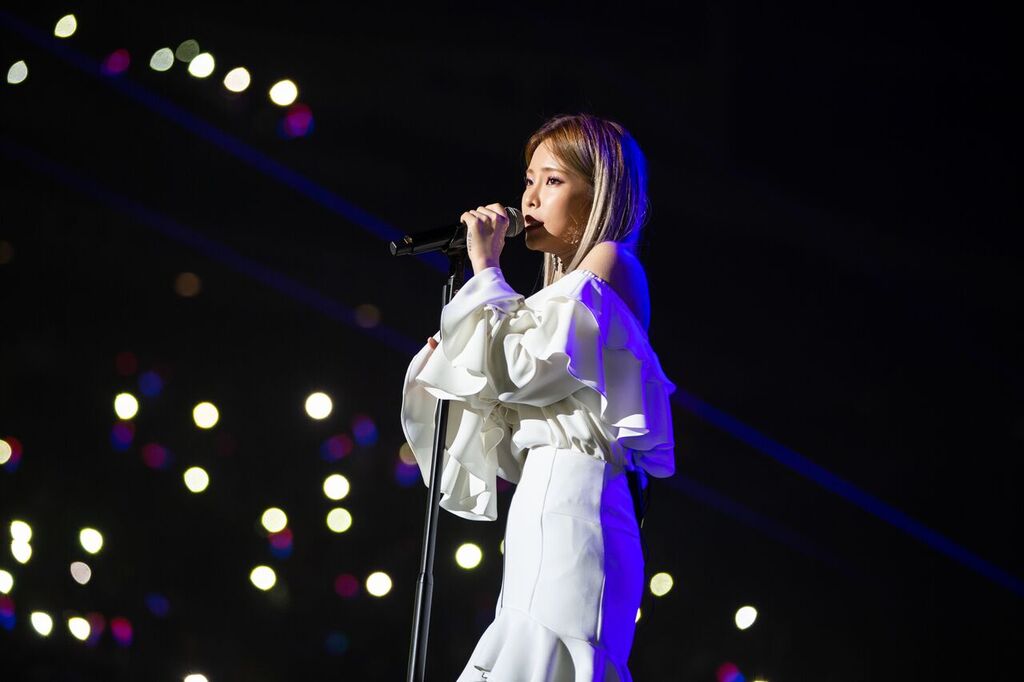 One of the most anticipated acts of the night, NCT 127 went over and above to treat fans with applause-worthy performances of their greatest hits. 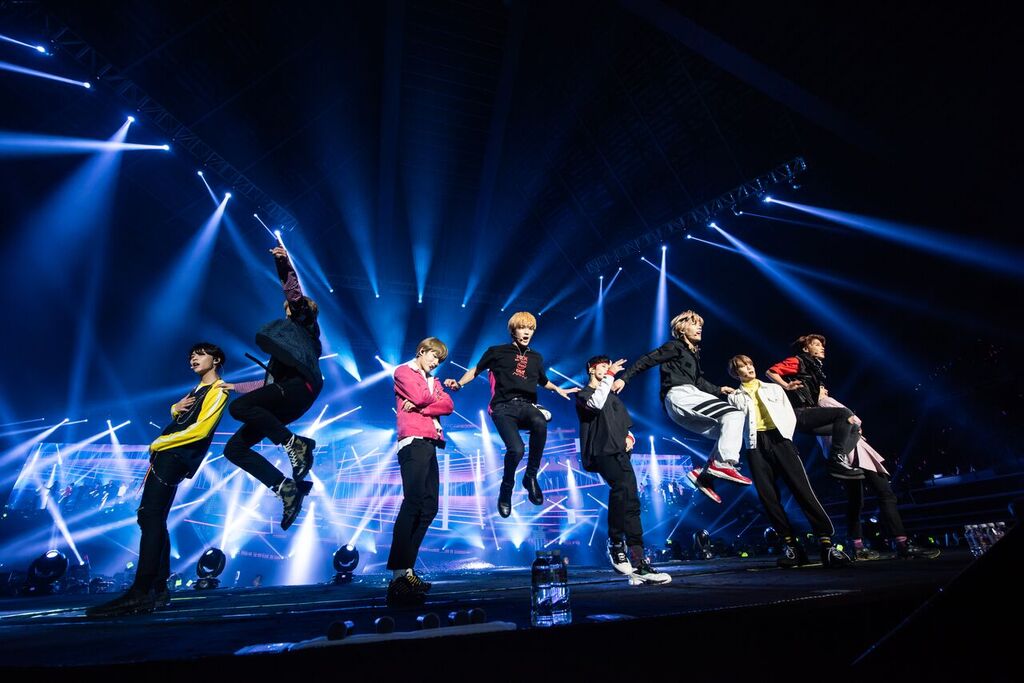 Taeyong, Johnny, Yuta, Mark, Haechan, Taeil, Doyoung, Jaehyun, and WinWin got the crowd pumped up as they opened their set with debut track, “Fire Truck”.

They then got “closer” to fans with a performance of “0 Mile” from their third extended play, Cherry Bomb. 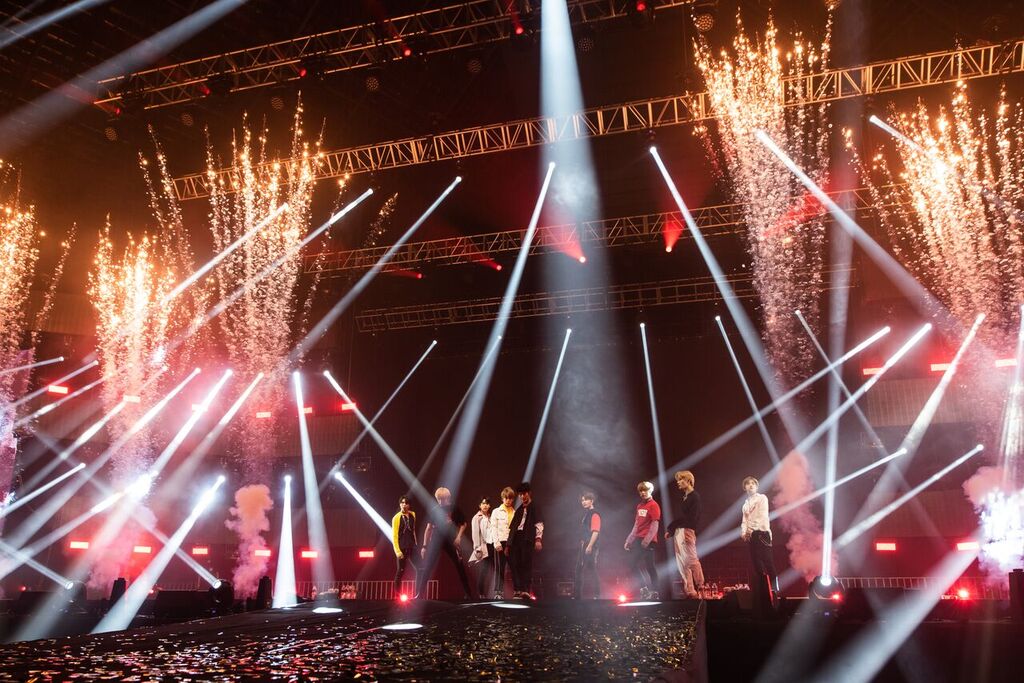 NCT 127 did let the opportunity pass to showcase their latest track, “Touch”. The boy group continued to show its limitless capabilities with “Limitless” before ending the set with “Cherry Bomb”. 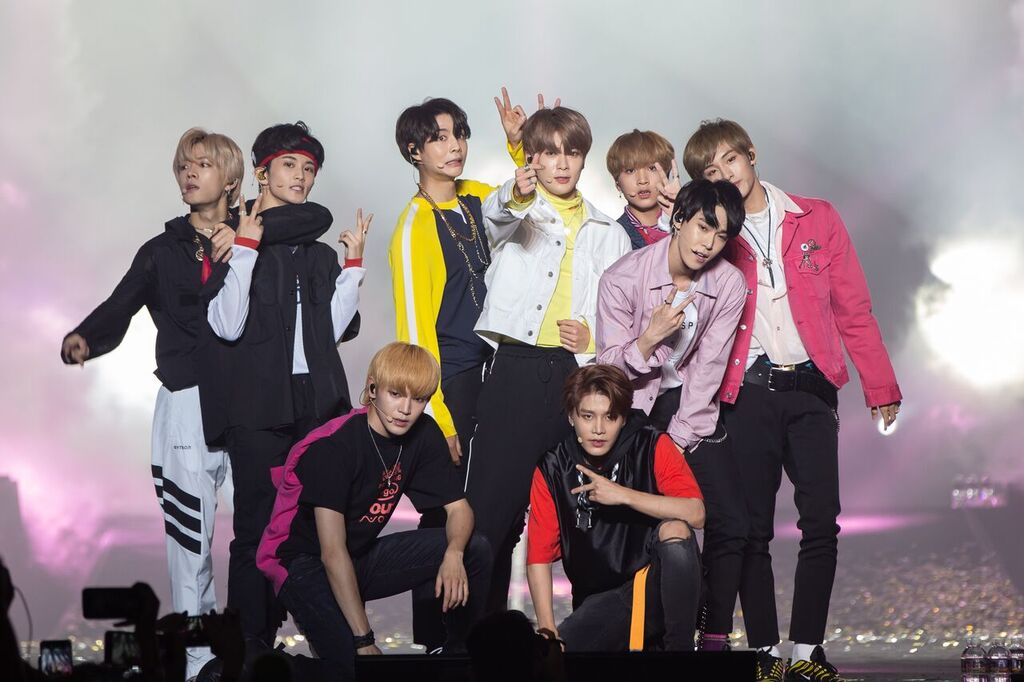 Angels seemed to have descended when BTOB members, clad in white, belted their hit song, “Missing You”. The vocals and the raps, perfectly harmonized, had left the crowd falling in love with the boy group more. 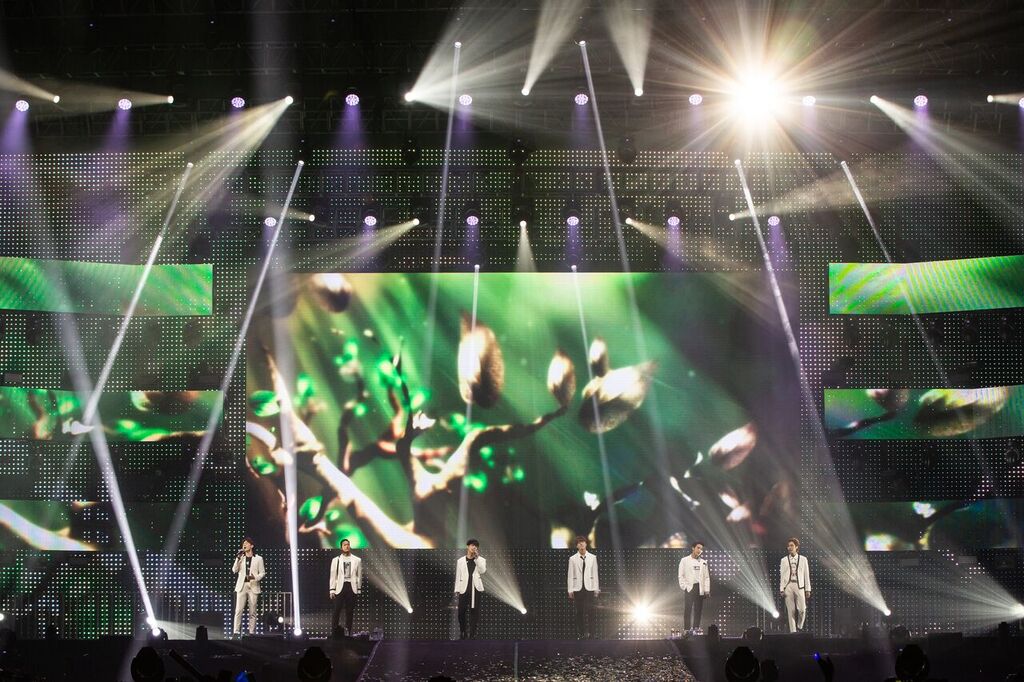 After their “Missing You” stage, BTOB brightened up the stadium with “All Wolves Except Me”. The boy group followed up with another emotionally captivating ballad, “Someday”. 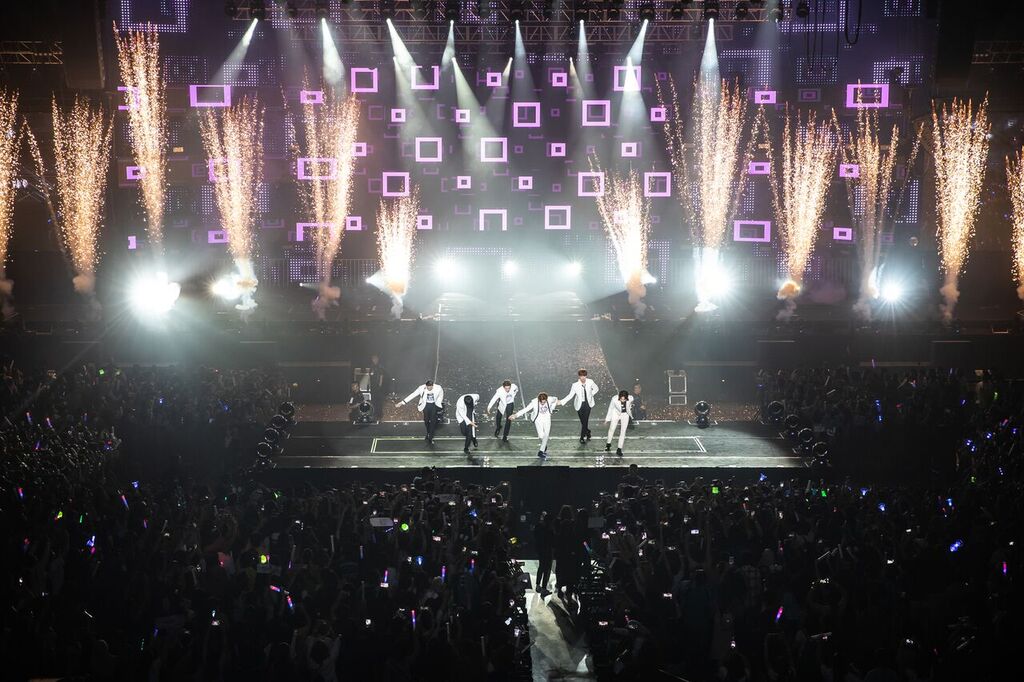 The boys continued to shower the audience with perfect harmonization and teamwork of “Movie”, “Blowin’ Up”, “The Feeling”, and “Only One For Me”.

#8: Taeyeon soothing us with her sweet vocals

Taeyeon’s sweet vocals dominated the stadium as she kicked off her set with “I”. The crowd definitely felt more than fine as the leader and vocalist of Girls’ Generation sang “Feel So Fine”. 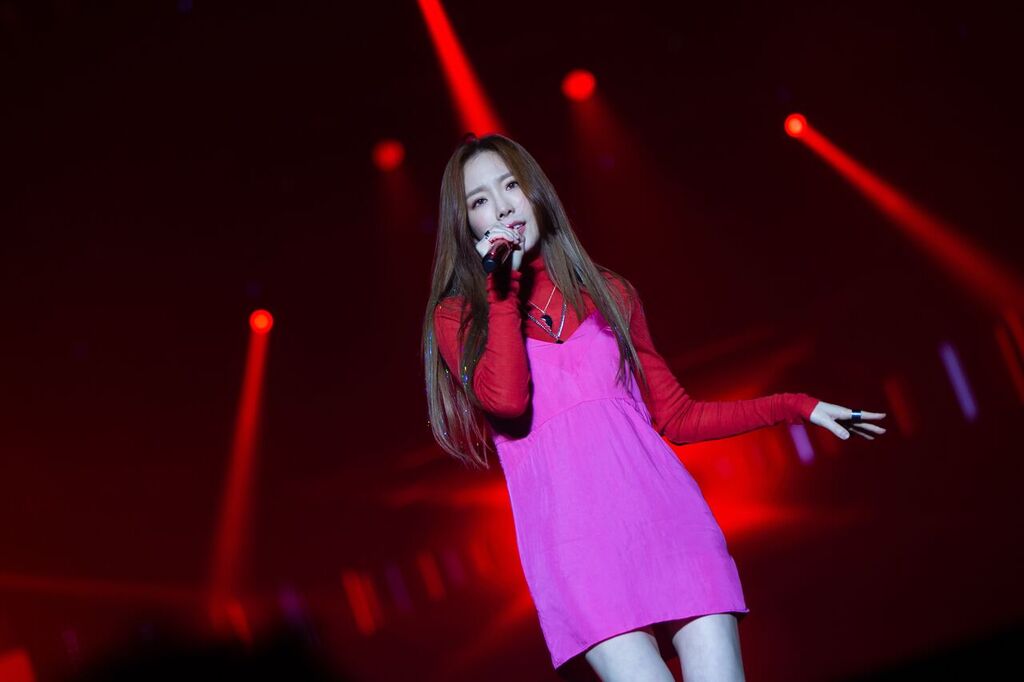 She then performed her chart-topping track, “Rain”, which was released in 2016. Emotions poured up at the Singapore Indoor Stadium as the crowd sang along to Taeyeon’s “Fine”.

Capping of the night and the HallyuPopFest 2018 festivities, Taeyeon wowed with “Something New” before heading to the main stage and be joined by other artists. 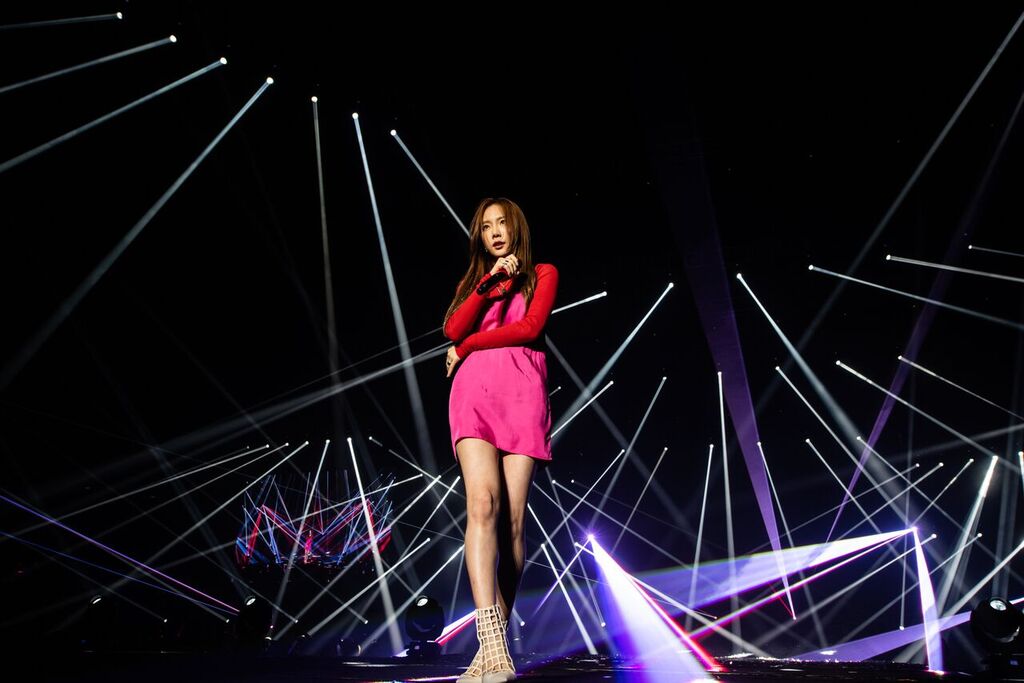 The three days and nights of festivities are now over. But HallyuPopFest 2018 definitely lingers as a milestone in history as one of the biggest K-Pop events ever that brought together more than 100 singers from 21 K-Pop acts.

From the afternoon showcase, red carpet, artist engagements, exclusive meet-and-greet, and evening concerts, the festival was definitely true to its promise of offering a star-studded lineup, jam-packed activities, and once-in-a-lifetime memories to look back on until the next HallyuPopFest — definitely DAEBAK!

We are now on the third and final day of festivities here at #HallyuPopFest 2018 ? Dance cover groups are performing for the waiting at the red carpet now.

Special thanks to H.A.H. Entertainment for the invitation to HallyuPopFest 2018 in Singapore

She is fond of The King’s Avatar, Kang Daniel, EXO, IU and Red Velvet.