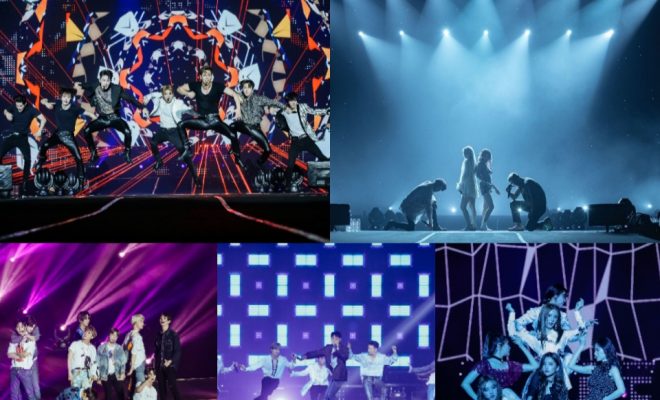 (G)I-DLE, KARD, PENTAGON, MONSTA X and Super Junior put up an intensified performance at the last day of HallyuPopFest 2019.

Deafening screams and colorful flashing lights filled the National Stadium on the HallyuPopFest 2019 Finale on May 26. 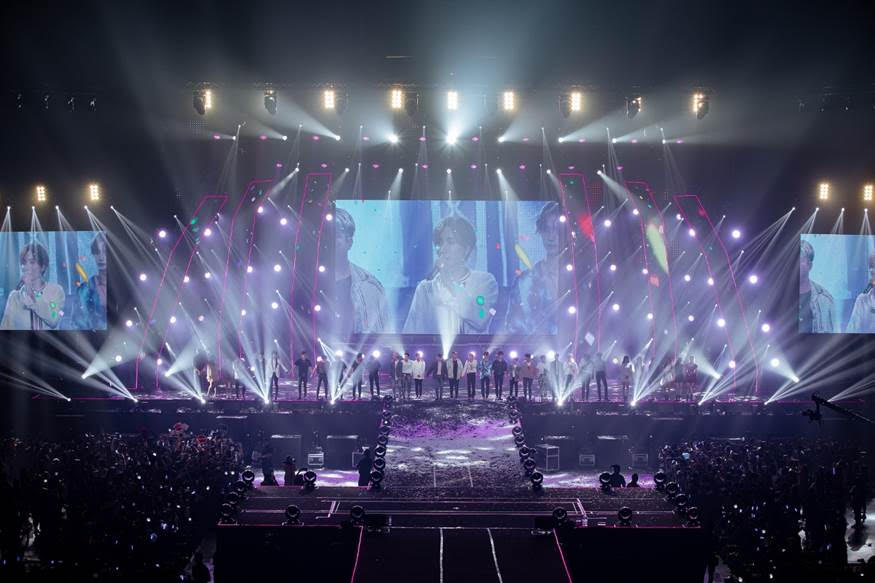 The two-day event ended up with 180 minutes of non-stop fiery stages from five powerful K-Pop groups. Treating every K-pop fans a one of kind experience they could ever imagine, a hefty amount of adrenaline rush was shared by the crowd and their favorite idols alike.

(G)I-DLE, K.A.R.D., Pentagon, Monsta X and Super Junior took Singapore Hallyu enthusiasts in the most thrilling extravaganza. Today, we take you back to the most exciting things that happened at HallyuPopFest Day 2.

Read: HallyuPopFest 2019 Artist Profiles: The Complete List Of K-Pop Stars That Will Take Over Singapore Stage

The Smooth Grooves of (G)I-DLE Senyoritas

Miyeon, Minnie, Soojin, Soyeon, Yuqi, and Shuhua kicked off with a smooth yet spicy latina dance grooves with “Senyorita”. The girls followed it up with entralling sounds with fan-favorites — “Maze”, “Blow Your Mind”, “Hann” and “Latata”.

Four times the fun with KARD

J.seph, BM, Somin and Jiwoo dropped bombs of energy and made the arena even hotter with their explosive performances. Through their strong stage presence, KARD brought the whole crowd in party mood with “Oh NaNa”, “Don’t Recall”, “You in Me”, “Ride on the Wind”, “Hola Hola”. The mixed gender group capped off their stage with hit song “Bomb, Bomb”.

The group were impressed with how the crowd have fun together as a whole. When they said that they will make the night hotter, KARD did not fall short of their promise and even exceeded everyone’s expectation.

The nine handsome boys of Pentagon brought a refreshing vibe coupled with their casual attire on stage. They cooled off the atmosphere with “Sha La La” and “Runaway”. The group get closer to the crowd at the center stage as they serenaded to touching song “Violet”.  The boys continued to amaze the crowd with “Critical Beauty” and “Naughty Boy”. Ultimately, Pentagon made the stage a bright playground with their final song “Shine”. 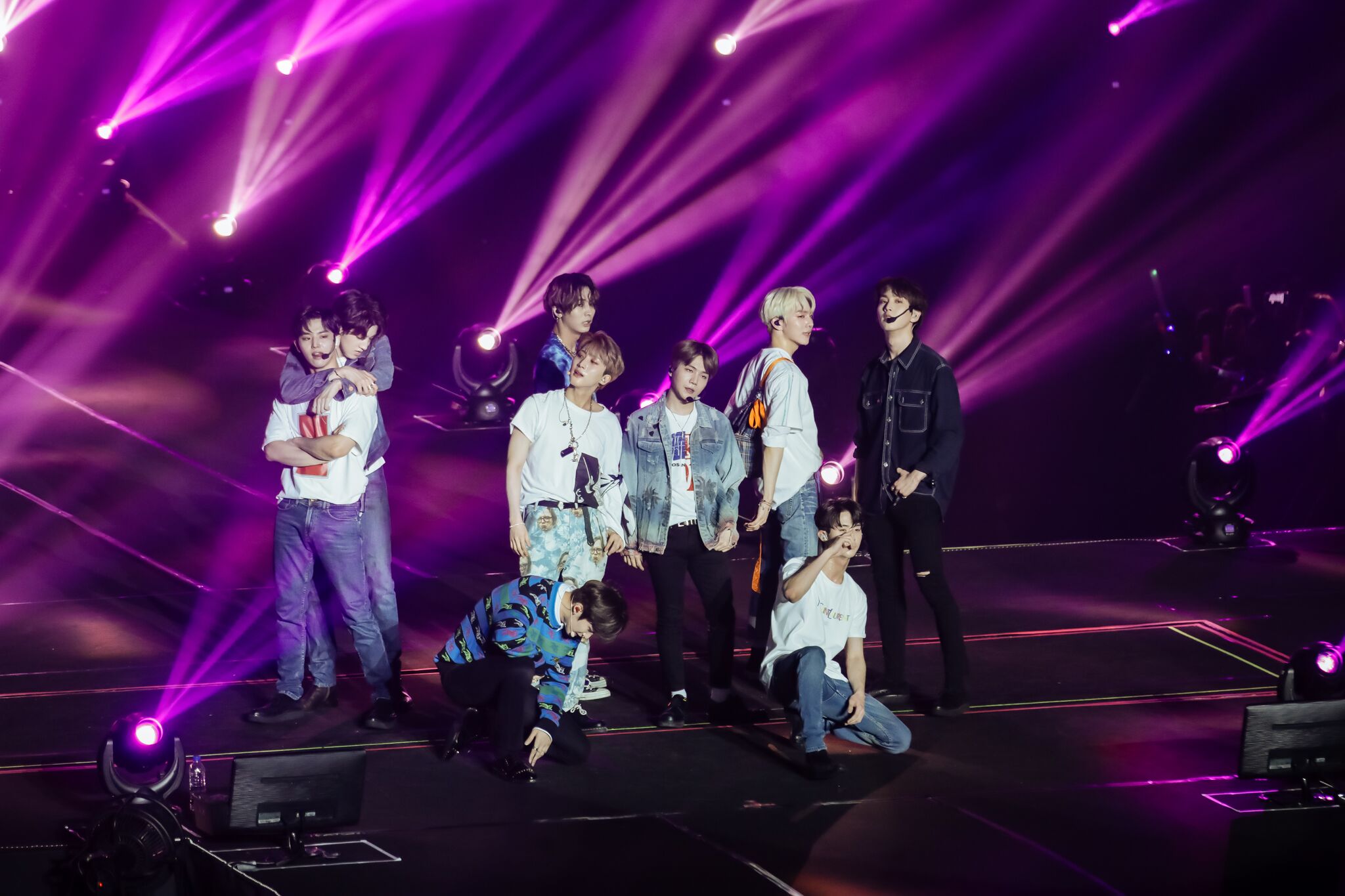 Pentagon vividly remembers how their first performance in Singapore and mentioned they have good memories in the Lion city but their HallyuPopFest performance is their best memory ever.

Everyone who missed the finale stage of HallyuPopFest 2019 will be jealous as Monsta X sent the venue to a whirlwind of spectacular performances infront of a frenzied crowd.

Shownu, Wonho, Minhyuk, Kihyun, Hyungwon, Joohoney, and I.M. blowed away their fans’ imagination with their monstrous dance choreography and vocals. Monsta X treated Singapore Monbebes with track after track of heightened stage numbers with “Jealousy”, “Play It Cool”, “Party Time” and “From Zero”.

To top it off, Monsta X amplified the already electrified audience when Wonho took off his coat and showed off his white chocolate abs as they performed “Dramarama” and “Alligator”.

A Superb Night With Super Junior

The moment their names flashed on screen, the crowd couldn’t control themselves and screams could have broken everyone’s eardrums. Soon after, the concert hall turned into a blue ocean. Who else are they expecting, it’s no other than the K-Pop royalty – Super Junior.

It’s like a trip down the memory lane Super Junior performed their hit tracks “Sorry, Sorry” and “Bonamana” to make everyone on dancing mood.

Super Junior members can’t help but to tell Singapore ELFs how they miss them. Additionally, they make everyone laugh with their funny antics. Eunhyuk tells the crowd that he is always nervous when he comes to Singapore because Chili Crab and Pepper Crab are waiting for him. He casually tells the audience that he came a day before the performance but he already ate four Pepper Crab and Chili Crabs that made his hands smell like crabs.

Meanwhile, Super Junior Leeteuk praised how clean and beautiful Singapore is, and if he has the opportunity, he will stay longer. Speaking of which, he divulge that Eunhyuk will stay for two more days and teased the fans to be a tour guide of Eunhyuk and wait in front of the hotel.

The group continued on their next performance, Dong Hae encourage everyone to turn on their handphone flashes as they serenade them with “Once More Chance”. After which, Yesung melt the heart of the attendees as he performed, “It Has To Be You”. Next, it’s Ryeowook’s turn and intoxicated the crowd with his ballad song, “Drunk In The Morning”.

Moreover, Dong Hae and Eun Hyuk, better known as the D&E hyped up the crowd with “Bout You”. 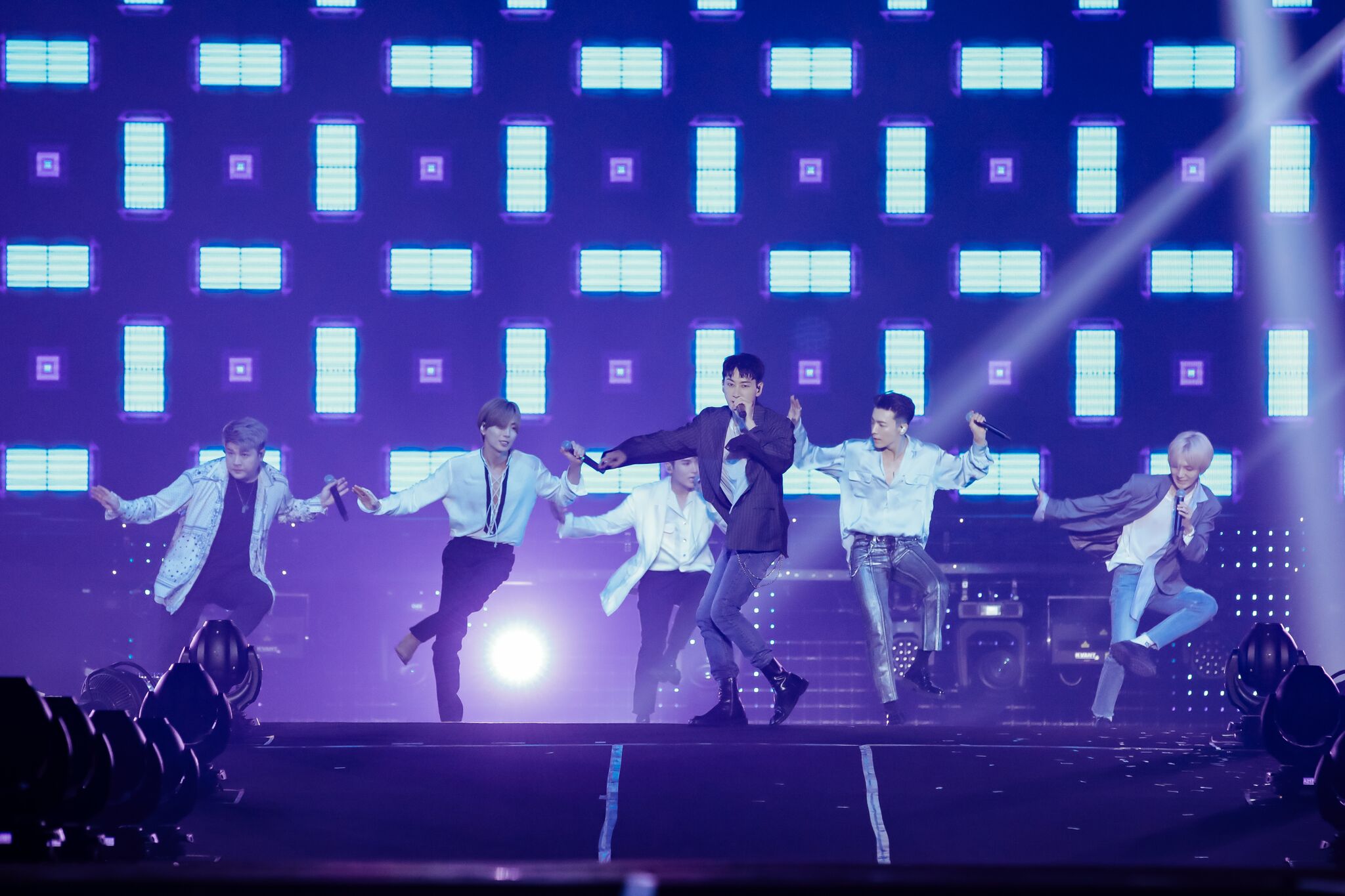 Before they end the night, Leeteuk hinted that they are preparing for a comeback before the end of the year.

It was a night to remember for Singapore K-Pop fans. From the festive mood of Hallyu Town and Red Carpet, the crowning moments presented at the Evening Concert of HallyuPopFest 2019 are truly spectacular.

Hellokpop extends gratitude to HallyuPopFest for the media invite to the 2nd day of the event.