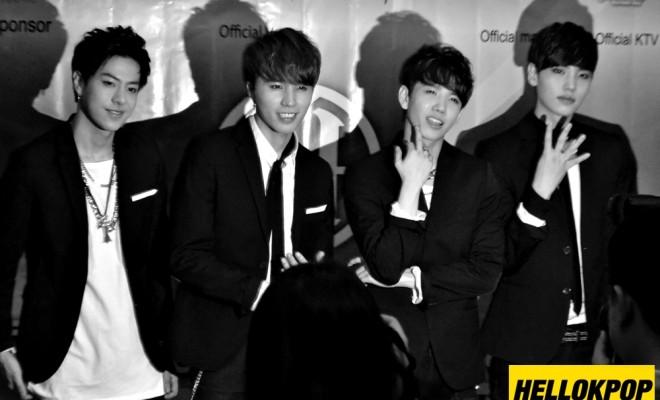 One of the current hottest rookies, HIGH4 was in Malaysia for its first showcase promotional tour!

The members made a strong debut with the chart-topping Not Spring, Love, or Cherry Blossoms, featuring IU back in April last year. Just merely a year later, they returned with a 2nd mini album Baby Boy which received huge attention from the fans. They collaborated with talented solo artist Lim Kim, for A Little Close.

Within a year, they brought their music to the Japanese market, with their first mini album HI HIGH, including a debut showcase on the island. They also dropped a 2nd mini album, HI SUMMER, and had successfully wrapped up their 50-days schedule in Japan.

The boys arrived to Malaysia to meet fans at promotional showcases at three different venues. Prior to HIGH4’s first showcase, the band took time from its packed schedule to appear before the media to answer some questions.

Q: Among the members, who in your opinion is the most handsome? (Chosen by the members by finger-pointing)
Sunggu: Youngjun, he is the visual of the group, and he has good features and I think he deserves it (the nomination by the members).

Q: Can you tell us how this group was formed? How were you guys brought together?
Alex: I always wanted to become a singer since middle school, but I didn’t have an opportunity so once I graduated from high school, I came over to Korea. I did an audition, and was accepted into our current company NAP. The boss took an interest in me. He liked me and said he wanted me to be part of the team he was making at that time.

Sunggu: Among all the members, I was a trainee for the longest period of time. I was waiting for the other members of the group to be finalized.

Myunghan: I joined a Kpop star audition program in Korea. Then I was finally accepted into this company.

YoungJun: I wanted to be an actor and was interested in acting. I went for an audition held by our company and was brought into the group.

Q: If you were allowed to have a girlfriend, what will your dream girl be like?
Alex: I like girls with nice personalities. As long as we have a connection, and if she is really nice, has a sense of humor and is funny, then I’m fine with that.

Sunggu: A girl with a pretty smile!

Myunghan: My ideal girl is one who has a clean and innocent image.

Youngjun: I would like a girl who only looks at and only loves me.

Q: High4 filmed with IU and Kim Yerin (Lim Kim) before. How do you guys feel about them? Are they like your ideal girls?
Myunghan: While filming with our seniors IU and Lim Kim, they showed and taught us a lot. And so, we want to be able to move forward as High4 with what they have imparted to us, and become recognized for our talents.

Alex: Sunggu is actually a very close friend of IU, so he sees her as a sister. We did not have the opportunity to actually talk to her as she has a very busy schedule and we have our own schedules. As we only got to see her during the filming for the music video itself, we did not have much time to interact. However, she is a really nice person.

Q: What was your life like before High4? Would you still pursue this life as High4 if you had the chance to be born again?
Alex: Before I became a part of high4, there were so many things I wanted to do. I studied art for 10 years, I played tennis and I thought of becoming a pro tennis player. I also learned computer programming. In the end, I decided that I wanted to do what made me happy and can have fun doing– music. And so, I came to high4. If I was born again, maybe I would like to have a more private life. I’m curious about that.

Sunggu: I trained for 8 years and concentrated on debuting as a singer.

Myunghan: In my case, before becoming a trainee, I was simply a student who loved to fool around. I was very playful in high school. I joined the singing club in high school, and came to love singing and that was when I came to dream about becoming a singer.

Youngjun: Before debuting as a singer, I was just an ordinary student. If I was born again, I would like to lead a more carefree life. 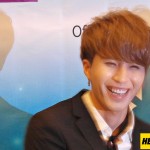 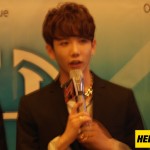 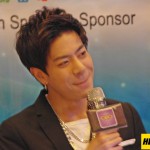 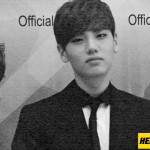 39
SHARES
FacebookTwitter
SubscribeGoogleWhatsappPinterestDiggRedditStumbleuponVkWeiboPocketTumblrMailMeneameOdnoklassniki
Related ItemsAlexHigh4high5IULim KimmalaysiaMyunghanSungguYoungjun
← Previous Story Asha And FameUS Capture Filipino Fans With Their Aegyo
Next Story → Type:b, The Latest Korean Duo That You Should “Hip-hop” To