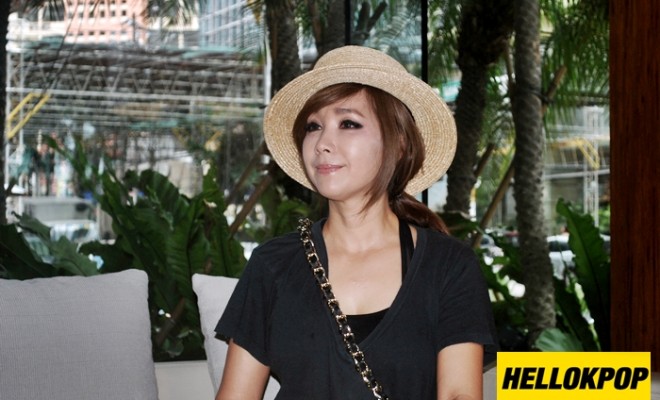 One of the few things that we really admire from Korean entertainers is their superb well-toned bodies. An almost perfect S-line and chocolate abs seem almost impossible for fans to have for themselves.

However, the views and misconceptions that we may have about fitness are now better clarified by South Korea’s fitness icon, Jung Da Yeon. We were given a rare opportunity to have a closeup interview with the famous “momjjang” before she officially met the Filipinos in the free event called Workout Party with Jung Da Yeon, which was held at Market! Market! Activity Center on Saturday, April 11. Through this exclusive interview, readers will be able to outline for more realistic fitness goals. 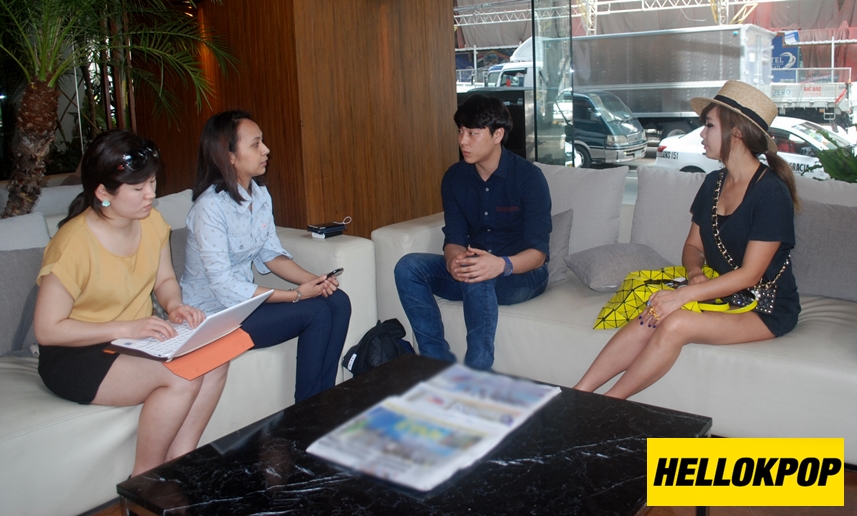 With Ms. Jung Da Yeon and members of KPHOON Media

We sat down with her and asked her some of the most common questions about fitness and weight loss. We highly appreciate her answers for making fit and healthy more reasonable and achievable.

Balance Is key, Too Much Is Stressful

As one of the most common questions in fitness, we asked her what she thinks of weight loss and her advice for those wanting to lose some pounds.

I think the only advice that I could give is do not push yourself too much, just do as much as you can and do it everyday. If you set the time and do too much exercise, your body will get stressed.

She also emphasized that people who only focus on losing weight without making exercise part of the daily routine will only make the body stressed.

There are also instances when people aim to lose weight perfectly by changing their diet plans, give up on the program and thereafter go back to eating the way they did before.

Don’t ever think that you can do it perfectly. It’s okay for you to give only 60~70 % of your best. As for me, I don’t actually maintain 100％ of the diet plan. I eat whatever I want twice in a week.

I Eat Several Times A Day

So what makes her diet plan of  giving only 60-70% of your best successful? 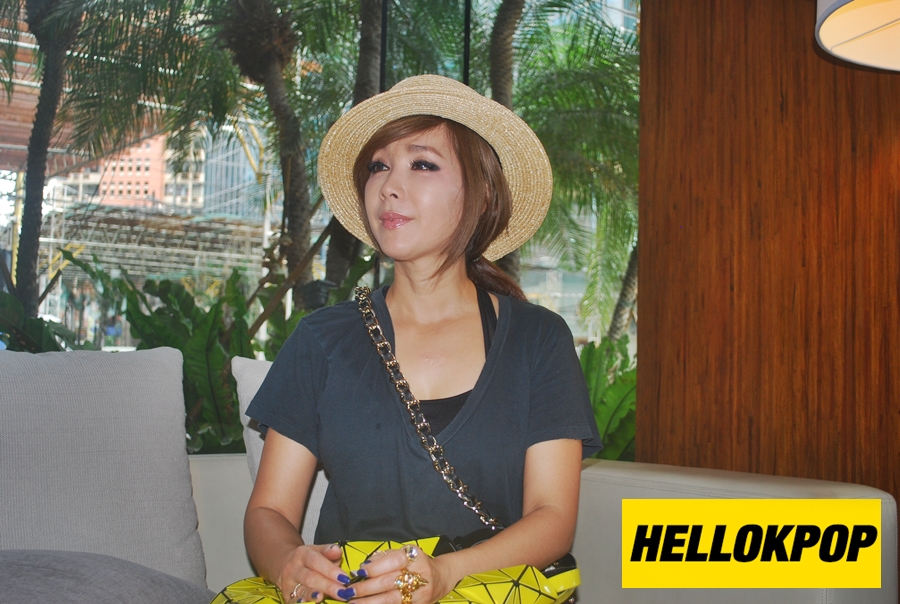 She confessed that she doesn’t eat thrice a day like what people usually do. Sometimes she eats as much as 6 times daily, but keeps the balance of the nutrients intake.

I eat whenever I’m hungry but not too much. I eat 6 times in a day but I keep the balance of my food in general food nutrition (carbohydrate, protein, fats, mineral). For my nutrition plan, I make protein percentage higher than the carbohydrate percentage.

Figurerobics to keep you going

The problem with people on a diet is that they get stressed and lose motivation to keep it up, that is why she created the fitness program called Figurerobics.

I make the figurerobics because I would like to inspire people who are on a diet. Most of people get easily bored and tired at the beginning of working out. And I know it because I also experienced that feeling. For me working out should be fun and that’s the reason why I made  figurerobics.

What Makes Figurerobics Different From Other Exercises

Figurerobics, like other exercises such as aerobics and zumba, involves music and beat to keep your movements flowing smoothly and coordinated on time, but figurerobics is focused on weight training for most Asian body types.

The Philippines is the first country in Southeast Asia where she is bringing her brand of fitness, figurerobics.

This fitness program has already gained popularity in China and Japan. She has also released a Nintendo Wii game in Japan called Mom-chan Diet Wii: Figure-robics. 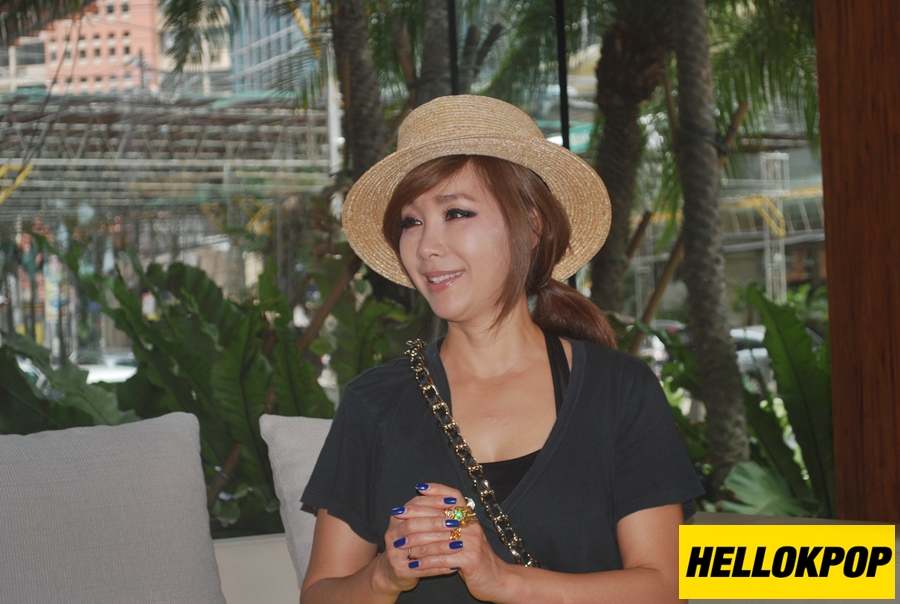 Jung Da Yeon gets excited when asked about the Philippines

The Philippines is a special country to me because I have already visited here with my husband for our honeymoon. Now that I am here again in the Philippines to open an event with you, I can’t wait to see you [tomorrow].

More photos from the interview: 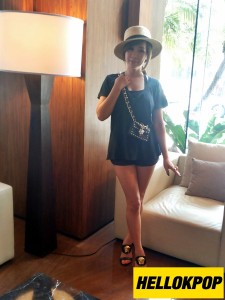 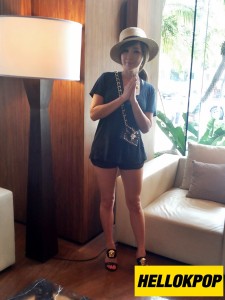 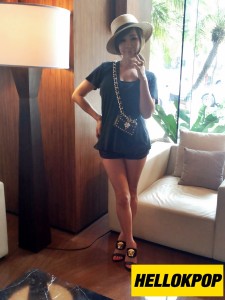 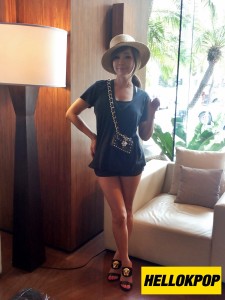 Jung Da Yeon is fondly known as Momjjang in Korea, which means mom with a striking figure. She is a household name in the Korean fitness landscape and has already released several workout videos and diet books.

We would like to thank Ms. Gigi Melodias of Fangirlasia and Ms Kim Ji-Young of KPHOON Media for the interview opportunity.