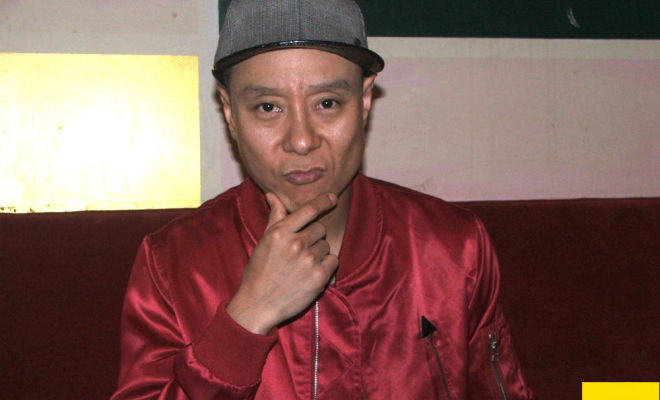 Inside the Music: Drunken Tiger’s DJ SHINE on HipHop in Kpop

Drunken Tiger, considered to be one of the most influential groups in the modern Kpop and KHipHop movement, has been revered and respected for well over fifteen years for not only their unconventional and almost provocative outlook on the Korean music industry, but also their take on the genres themselves. While many newer fans to the movement are quite familiar with the group’s current makeup, headlined by the iconic face of the group Tiger JK and joined by Yoon Mirae and Bizzy, true connoisseurs of Korean music and “old schoolers” in the fandom remember what–and who–really started it all. 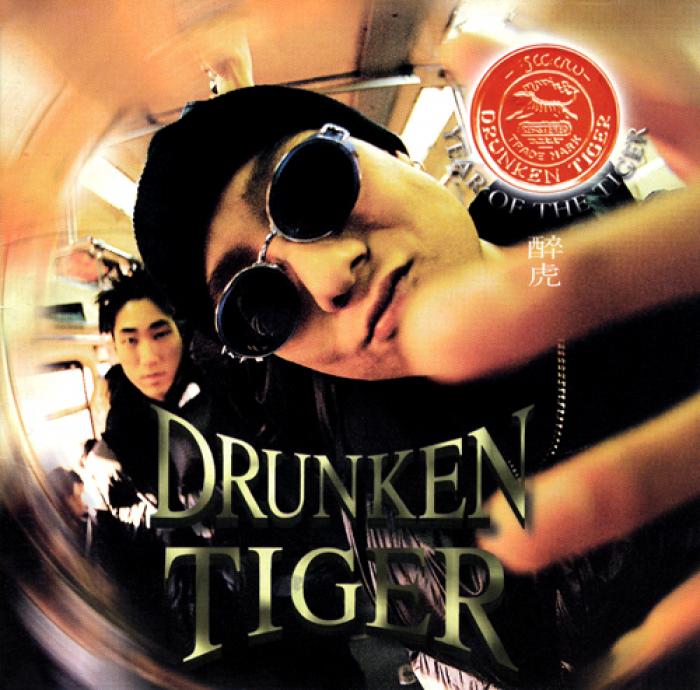 When Drunken Tiger first debuted in 1999 with Year of the Tiger, original members JK and DJ SHINE quickly made a name for themselves in the industry with their self-composed lyrics and their anti-establishment ideals. Ahead of their time, the group stepped outside of the box of what was socially acceptable within the music industry and touched on several subjects deemed quite taboo for that day and age. Their controversial view of the music industry, its current genre direction (swaying more to the Pop side of the industry rather than propagating more musical variety), and their choice of in-your-face, straight-up lyrics branded the group (in many eyes) as rebels.

Recently, while on assignment in Washington, DC, we met up with DJ SHINE in the capital’s suburb of Annandale, Virginia, to talk shop. Nestled in a small 노래방 (noraebang room) draped in a sea of red and secluded from the in-progress bumping after-party for the 37th Annual Korean Festival starring DJ SHINE and Rick “Lyricks” Lee, we sat down to a nice chat with the Korean legend to get his take on Hip-Hop in Kpop and to catch up on what he’s been up to and where he’s headed. 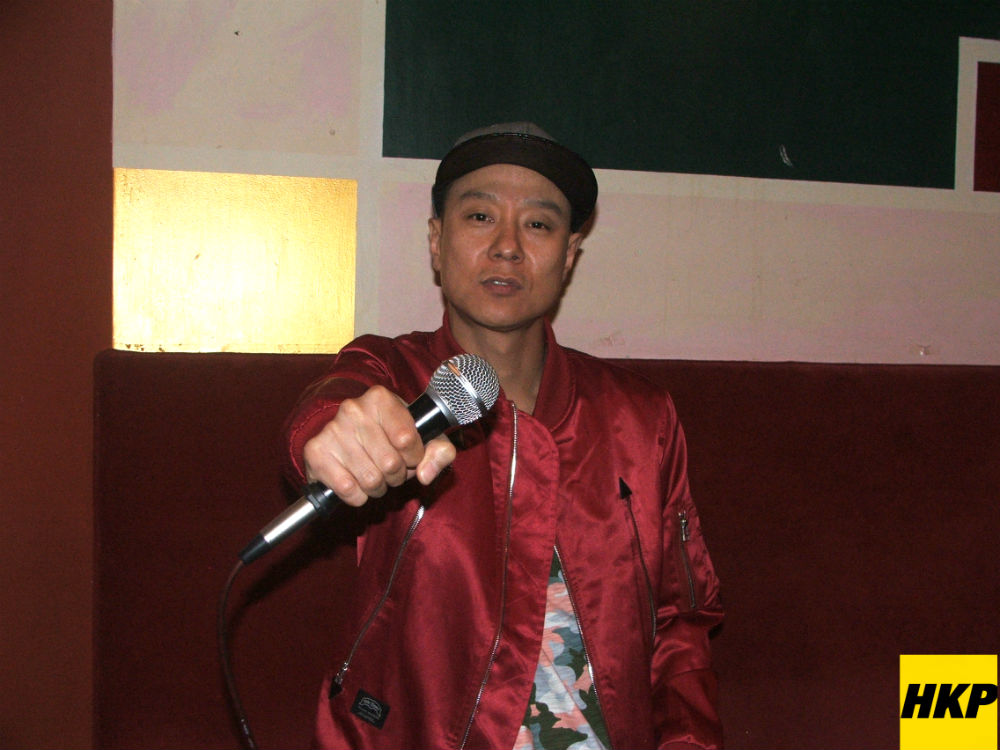 HKP: To our dismay, there really hasn’t been a lot coming across the newswire about you in a very long time. Could you start off by telling the fans what you have been up to in the last few years?

DJS: “Well, I left Drunken Tiger after the fifth album, and I was just quiet for a while. I eventually got signed to a label in 2006 as an executive producer and artist with Kim Jo Han (Kim George Han) from Solid. He also got signed with me at the same label, and basically I was finished with my album, ready to release, but George started his promotions first. It didn’t go too well with our company, and there was this whole mess that was involved. So, they basically kept delaying my project. That lasted a month, and then a couple of months. Then it went to a couple of years. So, they gave me an opportunity to get out my contract by collaborating with Warner Music Korea on the Korean version of FLO-RIDA’s Right Round.

“Initially I told them I didn’t want to do it because of personal reasons, but in the end I was just very sick of all the politics that were involved. I lost a lot of passion for the music. So, I accepted what they asked me to do on one condition. I would do anything and everything that they wanted for this project, but they couldn’t ask me for any advice, or ask me what I want to write about–just don’t ask me anything. I told them: ‘You guys tell me what you want, what kind of clothes you want me to wear, what kind of style you want, and I’ll just follow that, and you’ll get me out of my contract.’ So, they agreed to do that, and I got stuck again for another couple of months after that. So, it was a big mess, I just lost a lot of passion, and I was kind of just out of the music scene for a while.”

HKP: What have you been up to lately?

DJS: “I’ve always been a DJ my whole life. So, I’ve been busing DJing, once in a while, here and there. This has been going on for a little while, and I’m just, kind of getting back in the mix now. It feels good to be back, and to be getting all this support and love.”

HKP: What do you think of the current global popularity of Kpop?

DJS: “Kpop, it obviously has its Korean wave culture that’s going on right now. When anything that, I guess, promotes Korean culture in a good way, you know, I have my agreements with their style of cultural attitudes. For me it’s always something that’s evolving. I’ve been in music for a long time. Jpop was the “in thing,” back then, and now it kind of seems like Kpop has evolved to the next level of Asian music. It’s going to keep evolving. I don’t know if Kpop is going to keep on being the top of that, the edge of that kind of style, but I do know that there is always going to be competing in music. There are a lot of great artists out there that are involved in this industry. I have, obviously, a lot of 선배 (seonbaes) and 후배 (hoobaes) in the industry, and it’s refreshing to see it become a global phenomenon.”

HKP: As Kpop has continued to evolve over the last decade, we have seen a rise in groups debuting with one or more designated rappers. What do you think of the current trends in Kpop when it comes to group dynamics and music, and how do you feel about the growing integration of HipHop in current day Kpop?

DJS: “HipHop, in general, is a culture, and rapping is a part of that. So, if it works for them–that seems like it does work for them. So, that’s why it seems like there are so many rappers in those Kpop groups. The way I see it is some are good and some are bad. The ones that are good, I respect them. The ones that are bad, maybe they’ll work a little harder to get better. You know what I mean. Just in general Kpop–it’s in a field of its own. You’re always going to have people that like it, people who dislike it, who don’t think it about, or who think about it too much. It’s part of the music culture. If it works for these Kpop artists, I don’t see anything wrong with it. In my opinion, if it’s dope, it’s dope. If it’s not, it’s not. That’s just how it is.” 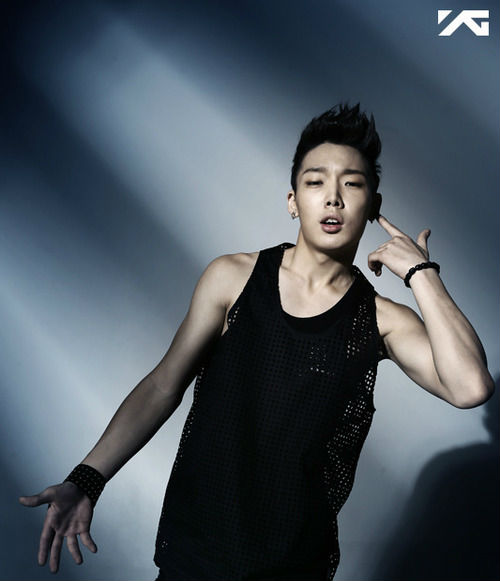 HKP: Are there any current HipHop artist or rappers, either in mainstream or underground, that you like currently?

DJS: “Bobby (Kim Jiwon of upcoming debut group iKON) from the YG label. I had an opportunity to see him on TV and I thought that he was very, very, talented. I just found out that I had a couple of guys who knew him from this area and found out he’s a local. They spoke very high of him, and I really thought that he was somebody that could really lift up the industry again. As for underground, there are just too many of them to list.” 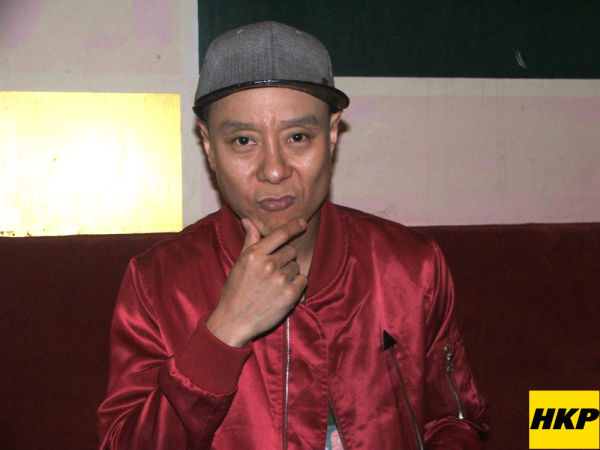 HKP: Many have dubbed you a legend in the Kpop business. How does it feel to have such a distinction?

DJS: “It’s strange, because even when I was performing heavily with Drunken Tiger they would bring that up. And I’m not trying to be humble about this; I just don’t believe I’m a legend. I’m just an average person, just like everybody else. I was just fortunate enough to be one of the first HipHop artists to enlighten the fans. When you get to do stuff before others do, people kind of take that accomplishment out of proportion. I’m just a regular guy, and we all breathe the same air. But I’m always flattered by it. I’ve always appreciated that people have such support and love for me. It really doesn’t cross my mind.”

HKP: What up next for DJ SHINE?

DJS: “I’ve come to realize that music is in my veins. I have some of my unreleased stuff that I’ve been preparing to release with some new content. So, I’m just working on that right now. It looks like we’re trying to shoot for a January/February release.”