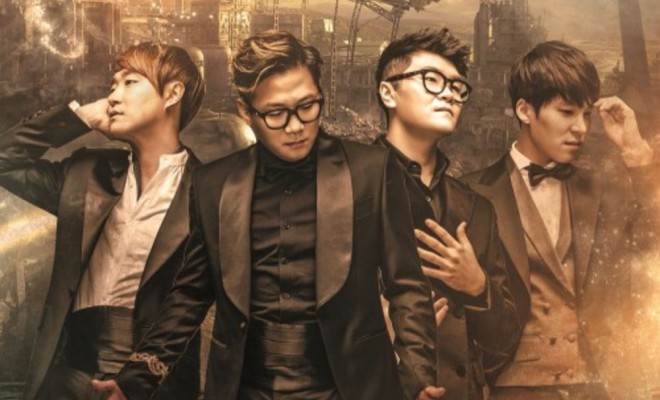 Known for their soulful voices and emotional lyrics, the Korean duos VIBE and 4Men are no strangers to any fan of the K-pop world. From heartbreaking and moving OST contributions and worthwhile live performances, to beautiful renditions of the most iconic K-ballads and entertaining appearances on variety programs, the men of VIBE and 4Men have become synonymous with not only Korean Soul music, but also with the ever-reaching, ever-expanding Hallyu wave.

With the recent announcement of their upcoming US tour, dubbed the VIBE and 4Men Valentine’s Day Special, we at hellokpop sat down with Korean ballad and K-soul aficionados VIBE and 4Men to get their thoughts on their first ever joint US tour, a little insight on who they really are,  and a greater explanation of the less-widely known K-Soul movement. 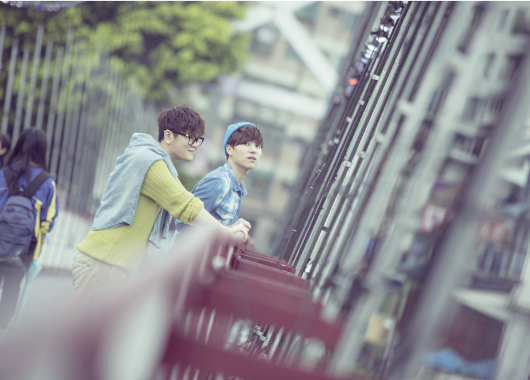 “For those who may not be familiar with you, how would you best describe your music and outlook on the industry?”

VIBE/4Men: “Hello, we are Korean R&B artists Vibe and 4Men. Unique to us two groups is the fact that we are both male duos. Vibe’s Yoon Min-soo appeared on Korean reality program “Dad! Where Are We Going?” with his son and garnered public popularity. Both groups’ artists are singer-songwriters, and while it’s been over 10 years since debut, we still have great passion and desires for music.”

“What is your music and what industry are you seeking in the future?”

VIBE/4Men: “We would like to take the K-Soul music that we strive for and develop it into our own brand; not just by ourselves, but alongside other artists at our company. Please do not miss the chance for you to get to know us better, because we will explain ourselves in detail to you from now on.” 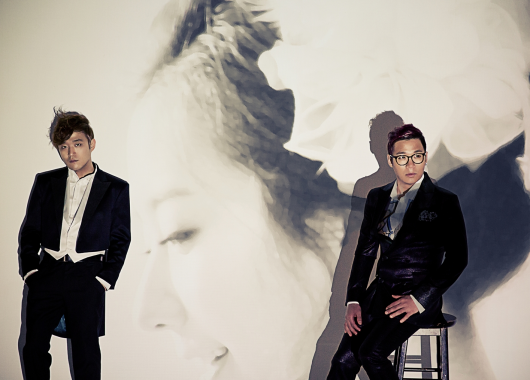 “How does it feel to be embarking on a world tour together?”

VIBE: “It is our first world tour since we have made our debut and we are very pleased to have this kind of opportunity and it will be a new experience for us.”

“What can fans expect during the tour?”

4MEN: “Some fans may know us, but we think there are still many people who do not know us well. So we want to take the songs that represent us and K-pop’s positive aspects and take them up a notch, to spread this K-Soul that we pursue and strive for. Korean ballads are really nice to listen to and the music has been greatly upgraded, too.”

“What are you looking forward to the most?”

4MEN: “The world market’s reaction to K-soul, you could say. We also wanted to experience for ourselves each country’s musical atmosphere and the kinds of music they are oriented towards, so we’re very excited and looking forward to it.”

VIBE: “It’s no fun if we tell in advance, right? It’s a secret! But we are planning a very special event befitting the title of Valentine’s concert, so look forward to that. You can have a good time even if you come alone.”

After discussing the tour, we wanted to get a little more insight on the K-Soul movement for the fans: what it’s about, how the two groups view Korean soul, and what their vision for the future is, and discussed the group’s thoughts on Korean Soul.

“What is the K-Soul Movement?”

VIBE: “It appears to be too much to call it a movement. Korean music has grown a lot under the influence of foreign music such as country music, folk songs, and rock music.I think K- pop and K-soul are both reinterpreted to our own styles, even under the influence of foreign music.The music that our great predecessors, including late Kim Hyun-sik, Kim Kwang-suk, and Yoo Jae-ha, had done before must have established the background of our own soul music, that is, K-soul. When you listen to it, you may feel the cry of the African Americans which is similar to the sorrow of traditional Korean feelings. But the difference from the soul of the African Americans lies in the fact that Korean soul is more focused on vocal than music itself. Without any special technique, K-soul is the music that oozes with feelings out of the deepest  heart. Every music contains its truth, but K-soul strongly expresses its truth with a voice full of the value of truth. I, as a musician, really want to let the people around the world know the genre of K-soul which has been inherited from our great predecessors.”

“What do you want fans to know about K-Soul?”

VIBE/4MEN: “As you know, soul music originated from the West. When VIBE and 4 MEN started music, we tried to combine Soul and R&B with Korean music without causing any resistance to the public and we reinterpreted the soul music of R&B sentiment to name it K-Soul using the K for Korea. It is true that the world market has a better understanding and awareness about K-pop and Korean idol singers, but most Korean ballad singers involved in K-Soul are not well known to the world market. Like this, we started this movement to let the world know K-Soul and very talented Korean ballad singers better. Moreover, we want our fans to know that Korean singers also understand R&B and soul music well and Korean traditional ballad music and K-Soul of R&B sentiment have been popular in Korea before the start of the K-pop heat.”

“What are the benefits of K-Soul over the well-known, more popular, K-pop movement?”

4MEN: “It must be new, but you can understand its meaning easily from the word ‘K-soul’. Korean soul music. And we think we need new contents and movement, which may be called New Korean Wave, as the Korean Wave market has been popular in the world. And we are very confident that K-Soul can lead the movement to settle as a new world brand. Because no one hates music. It must be natural to get spotlight if the artists are talented and the music is good.” 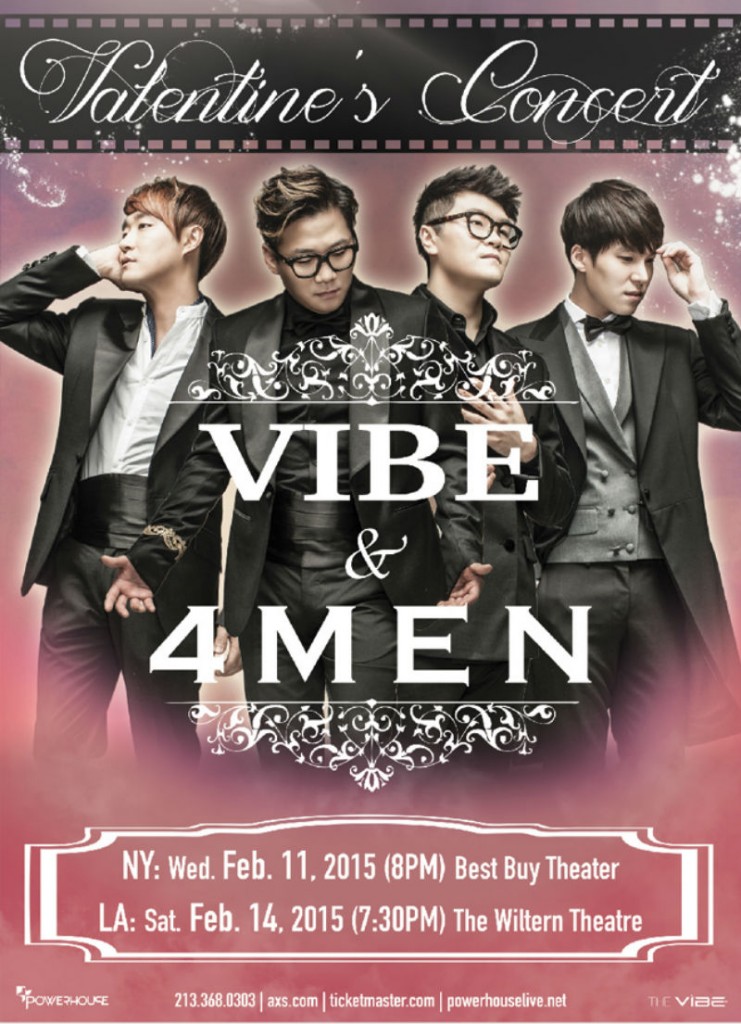 We at hellokpop would like to thank Kino33 Entertainment and The Vibe Entertainment for the unique opportunity to interview Yoon Min-Soo and Ryu Jae-Hyun of VIBE and Kim Won Joo and Shin Yong Jae of 4Men and to learn more about K-Soul. We wish both groups the best of luck on their joint US Tour and look forward to their endeavors in the future.