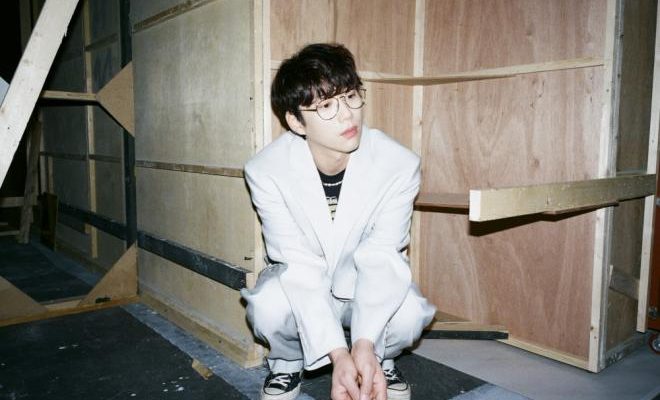 Straddling the line between mainstream and indie, 10cm has carved out an irreplaceable place in Korean pop music over the last decade. Now configured as a one-man band of Kwon Jeong-yeol, today the name is associated with relatable emotion, sharp observational wit – the kind leading to essential indie-pop albums like 2.0 and mega-hits like “What the Spring” alike – and an inimitable voice.

After a busy period including OST releases, collaborative work, and an online concert, 10cm returned last week with “Tight”, his first single in over a year; we had the chance to ask 10cm some questions about the cheerful, buoyant track.

HKP: The new single, “Tight”, seems to be this sweet track about wanting to approach somebody in a hurry. How did you come up with it?
10cm: When I first received the track, I got a refreshing and fluttery vibe, yet also a sense of nervousness in some ways. So I thought of that emotion when you want to see someone you like so badly that you can’t stand it, and that’s how the title of “Tight” and these lyrics came out.

HKP: Unlike your other songs, for which you’ve handled the writing and composition, this one has numerous other artists on the credits including Noday, Lee Ah-il, Park Moonchi, and Dalchong. What led you to embark on the new collaboration?
10cm: I didn’t collaborate with a specific purpose, but the composers gifted this track to me and I liked it so much. So that’s how the collaboration happened.

HKP: 10cm’s lyrics always have a unique setting or perspective, and this time I enjoyed the imagery of the narrator who’s actually, physically running somewhere. Obstacles like buildings and barricades appearing in there, too. How do you come up with detailed ideas like these?
10cm: I usually write while picturing a realistic scene, but this time I worked while thinking of an animation-like scene rather than a real-life one.

HKP: As noted in the album description, “Tight” has more active and aggressive lyrics than before. But listening to the bridge, there’s also a glimpse of shyness and carefulness in the narrator. Curious to know if this was an intentional change in expression.
10cm: The track felt like it had a different atmosphere, so it was a change that came naturally.

HKP: The sound of “Tight” is again acoustic, at the basic level. But it’s also got a fair amount of electronic sources mixed in, like the drums and various effects. Could we also consider this as you trying something new this time around?
10cm: It was a product of seeking out sounds that fit the song’s atmosphere. And though 10cm’s music has mostly been acoustic, I haven’t necessarily restricted it to a particular genre or sound, so I don’t think of it as trying something new.

HKP: As bright and groovy the song’s atmosphere is, the vocals also feel very freeform. What was your mindset when recording?
10cm: There were many spots when the melody progression changes suddenly, so I tried to sing each section with the right feel. I actually tried to sing a bit more calmly than usual in some sections.

HKP: You’ve been releasing numerous demo clips since the beginning of the year, while preparing for your 5th album. Was “Tight” already in the works back then?
10cm: Though I didn’t release it as a demo, it was around the same time as those.

HKP: Since you’re back with a new song after a long while, I’m also curious to know the next steps! Can we also look forward to 5.0 soon?
10cm: I’m working hard to release another song this winter, so please look forward to it lots and lots.

On October 10, 10cm will hold an online concert, titled Hotel Room 1010. The concert will be streamed live at 8:30pm KST via Kakao TV, and is open to international streaming; tickets are currently available for purchase via Melon Ticket.

Read more on our coverage of 10cm’s work: