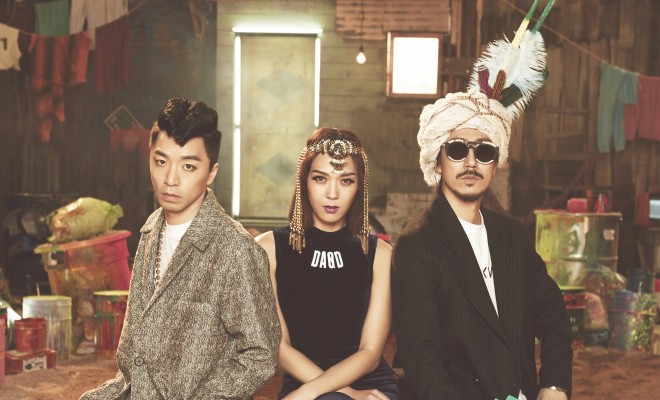 In March 2015, MFBTY released their debut album called Wondaland. In this article, hellokpop.com explores the group’s beginnings, the album’s making, and then talks to MFBTY about their work as a group, some of their collaborators, and what might possibly be in store for MFBTY in the future.

Last month, MFBTY, a “new” group consisting of members Bizzy, Tiger JK and Yoonmirae, from a “new” company called Feel Ghood Music, dropped its first full album, Wondaland. For K-Pop fans who weren’t watching, Wondaland appeared to have come out of nowhere—sort of like lightning on a sunny afternoon. For MFBTY fans all over the world who were paying attention, though, the event was extraordinary. Why? Because they knew that what Tiger JK kept saying in interviews during the group’s promotional rounds was true, that the idea of MFBTY, the group, started as a joke.

Social media is supposed to be—well—social. The problem is that many use social media instead as a routine promotional tool for pawning their movies, music, widgets—whatever—onto hapless buyers. Tiger JK, however, is one of the few artists in the world who appears to take social media to heart and regularly uses it for fun, fan communication, and as a generator of ideas. And he’s very good at it (sometimes to the dismay of his management, perhaps).

Although the idea of these three veteran artists making music together as one group had likely been fermenting in their minds for a long, long time, MFBTY fans knew that it was on Twitter, amidst lots of laughter and encouragement, that the idea of MFBTY finally grew into a real possibility. 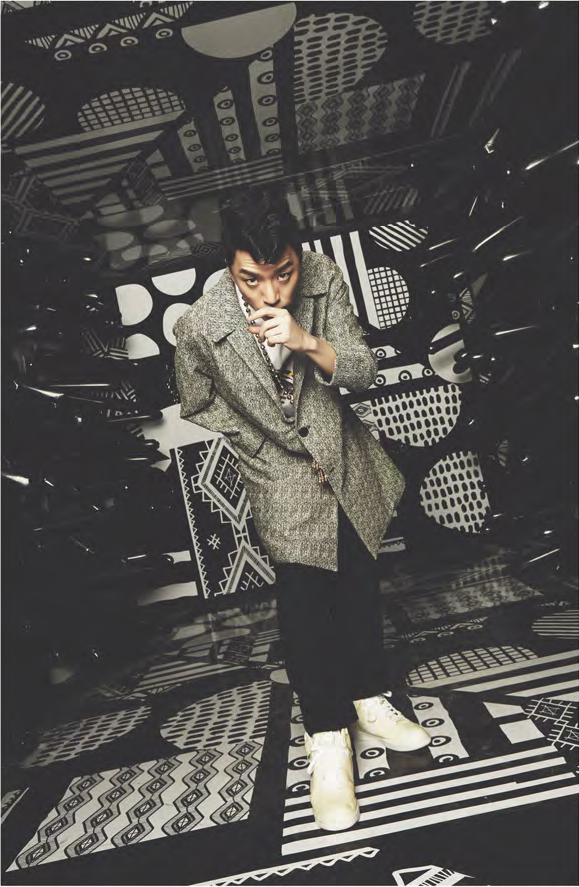 Even the name, MFBTY, was part of the online fun as various meanings of the acronym were bantered about, meanings such as “My Fans (are) Better Than Yours,” “Mother F**king Bizzy, Tiger, Yoonmirae” (for hardcore followers), and “My (or Miss) Fat BooTY.” Of course, the group eventually settled on the least offensive and original option and went with “My Fans (are) Better Than Yours.”

JK and Yoonmirae have always been open about their trials and tribulations as pioneers of the Korean hip-hop/rap scene, but in the years before MFBTY’s debut, life took a thunderously dark detour. In 2013, Tiger JK, Yoonmirae, and Bizzy found themselves walking away from Jungle Entertainment, a label that Tiger JK himself had founded. The reason for this departure was never explained, although tweets from @DrunkenTigerJK hinted that the split might not have been so amicable. Then, in early 2014, the death of Tiger JK’s father and mentor, Suh Byung Hoo, after a long battle with lung cancer, dealt the family another bitter blow. It was during this bleak period that the idea of MFBTY was born.

Fans were excited about the possibility of a collaborative project between these three amazing artists, when MFBTY was first brought up, but not many of them actually believed the idea would ever truly come to fruition. Then, in January 2013, MFBTY’s first single, “Sweet Dream” was released and the group became a reality. Bizzy, Tiger JK and Yoonmirae fans were ecstatic. Now all they had to do was wait impatiently for more. What that more would be, or how it would take shape, they had no idea.

Until now, with Wondaland.

Billboard columnist/reviewer Jeff Benjamin called Wondaland “one of the most universal Korean rap releases in recent mind…” TenAsia called it a “reinterpretation of K-Pop” and “an album that keeps you guessing.” Kultscene called the album “an eclectic, otherworldly experience for listeners.” These summations are all accurate.

From the very first track, as a soft voice welcomes you to a world called Wondaland, it’s clear that you are being invited into a magical place, a world full of something different. And it is different–remarkably so. Although Tiger JK, Yoonmirae and Bizzy are well-established hip hop artists and rappers, Wondaland is a project that stubbornly defies such labeling. In interviews, the group calls Wondaland “K-pop,” but technically, I’m not sure it really fits there either. So, where does it fit, exactly? Well…nowhere—and yet everywhere. That’s right. Regardless of what you’re into musically, this highly artistic, cross-genre album is bound to have at least one song that you are going to want to listen to on repeat.

Feel like rocking? Kick back and mellow out with “Love and Peace.” Sometimes wish you had more seriously considered that guy in that club that night? Listening to “Halftime” may remind you of why you didn’t. Feel like a pillow fight? Turn up that volume and “Bang Diggy Bang Bang” all day.  Something weighing heavily on your mind? Just “Let it Go.” With 12 original tracks and several remixes of a few old favorites, you’ve got a lot to choose from. 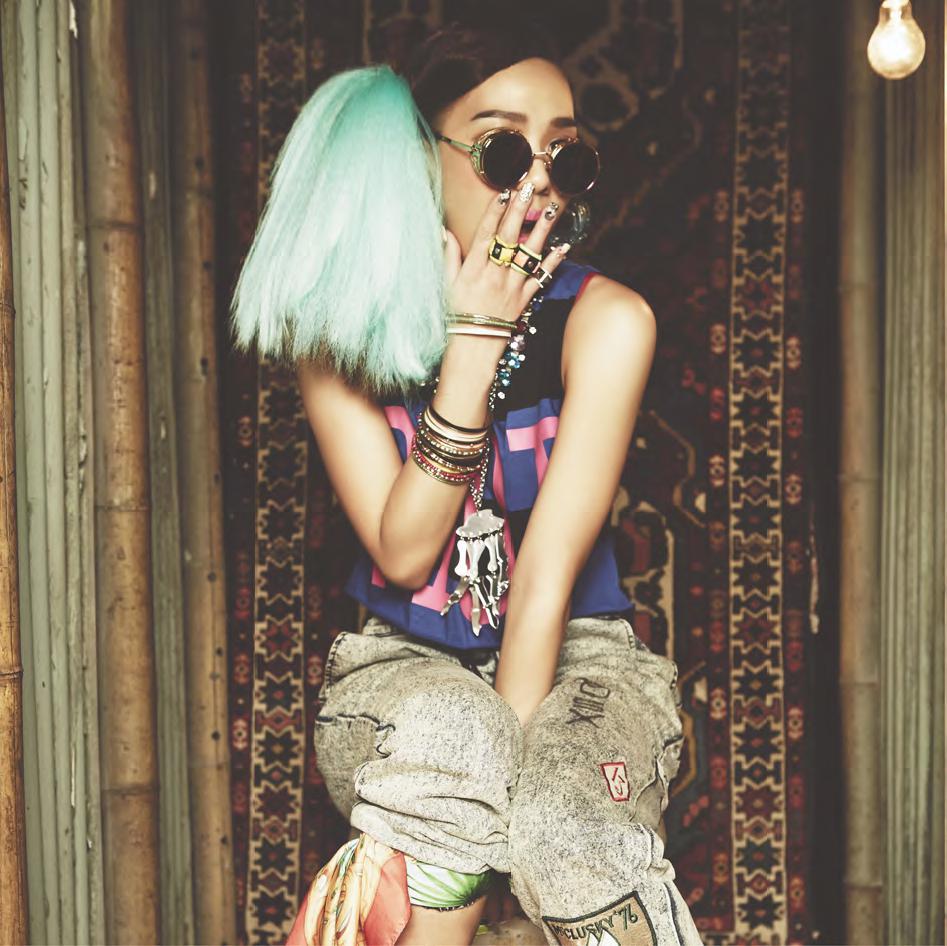 The bottom line is Wondaland is an amazingly symbiotic album filled with carefully constructed abandon that speaks to listeners in a way that only music from artists that sincerely care can—with honesty and heart. So, it was no surprise to me when the album grabbed 17 of the top 20 spots on Daum.net’s music charts only hours after its release, and then rapidly climbed to #8 on Billboard’s World Album Chart. No surprise at all.

So, what’s the moral of this story? Well, let’s see. How about never, ever underestimate the power of a joke. Yeah. That sounds about right.

The full length “Wondaland” album is now available at YesAsia.com and on iTunes. All proceeds from the sale of the album will be donated to charity.

While preparing for this article, hellokpop.com was granted the opportunity to ask MFBTY a few questions about the group, Wondaland, and some of its collaborators. We hope you enjoy their candid responses below.

HKP: The songs on Wonderland have unique and interesting titles. In particular, what were your inspirations for the titles “Bucku Bucku/Shy Shy” and Bang Diggy Bang Bang?

Tasha: JK comes up with most of the titles. Sometimes, we’ll narrow them down and take a vote, but for the most part, I’ll leave it to him, because he always comes up with the best ones.

JK: I’m into sounds. I like playing off of different languages that sound alike and actually mean something. It’s got like a triple entendre. It’s up to you to figure them out.

HKP: Can you tell us a bit about some of the collaborators featured on Wondaland, and how they came to work with you on the album? (Yoo Hee-yeol, EE, Rap Monster, Dino-J, Dok2, Sonnet Sun,Yong Jun-hyung, Jeon In-kwon and last, but not least, Jordan.)

Tasha: Dok2 is my lil’ brother. I’ve known him since he was 12. I’m just so proud of him. He was already rapping back then. Known EE for a long time too, especially. She was ahead of her time even way back.

JK: RapMon is the dude I used to get mad retweets from on Twitter. LOL. On the real, he’s a real punk (joking). I think he should just join MFBTY, and the rest of BTS should adopt me. Dino J is my cousin. He’s from the underground scene. He’s at home trying to make it on his own. I found him one day in the streets. Now, he locked up in my studio forever.

HKP: You three seem to work well together, but surely there are sometimes challenges. What is the most challenging thing you each face as part of the “group” MFBTY, versus being solo artists?

Tasha: Well, now that I have a lil’ youngun, I would say the hardest part is getting the three of us in the studio at the same time.

Bizzy: Deciding what to eat!!! 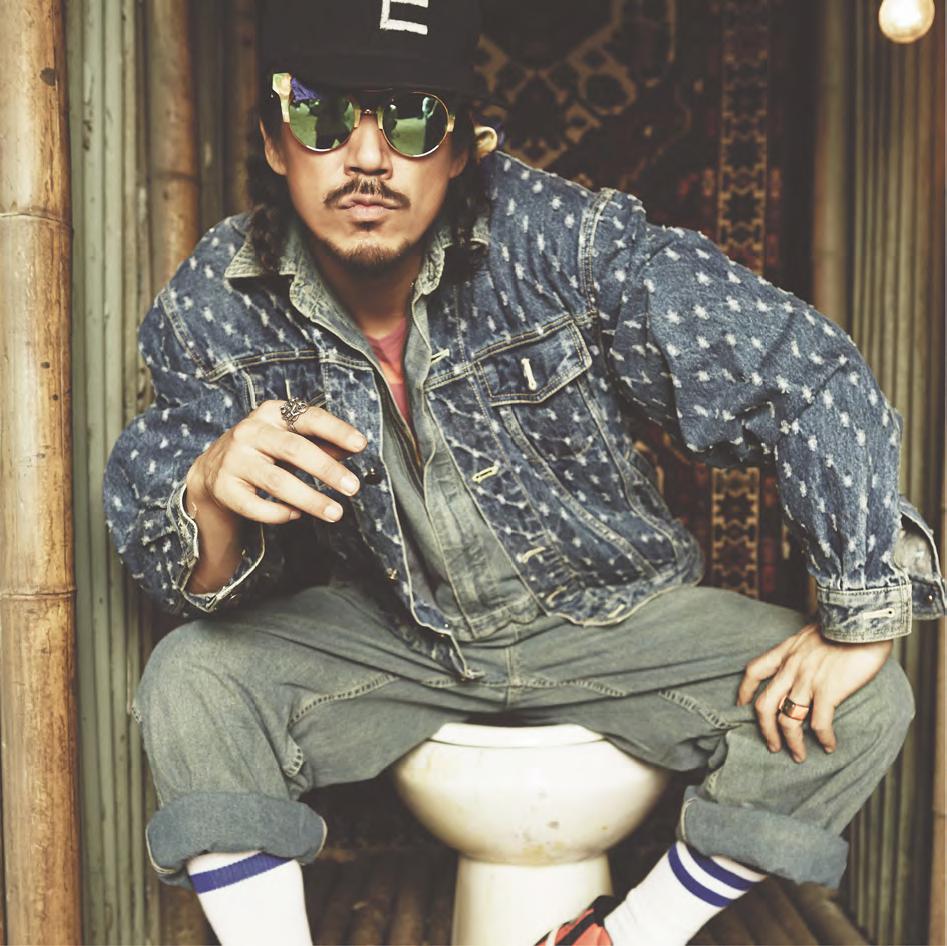 HKP: In South Korea, Wondaland might be a somewhat bold album, considering its sometimes explicit lyrics and mature themes. How is the album being received there with regards to the explicit nature of some of its songs?

Tasha: I honestly have no idea. I don’t read reviews or check sales. I know I should, because it can help me better understand my fans, but I just don’t want to take the risk of it becoming my main focus–meaning record sales. Don’t get me wrong. It’s important, but I do music first and foremost for myself.

So, anything I know about the album is news I get from my family members or my company. I know some songs are banned from radio due to explicit lyrics ha ha…but I haven’t heard any complaints from anyone that has bought or listened to the album (so far). Then again, I’ve also heard that the album is doing better internationally than it is here in Korea.

JK: It’s the most positive and fun album. You can dance to it, make babies to it, and most of all sleep to it. I’m sure my people are enjoying this album on the low.

HKP: “Hollywho” is an intriguing song. The song lyrics suggest all sorts of topics, including digs at “Hallyhu,” “Hollywood,” and even today’s world politics. What exactly was your inspiration for this song?

Tasha: Its actually a remix to a song “Pay Day” off my solo album, so my verse was about that feeling you get when you know it’s your pay day ^^.

HKP: Bizzy, you are a powerful performer, so it’s sometimes surprising that you have so little to say during interviews. Are you really as shy as you appear to be in public appearances?

HKP: Jordan, I love your song, “방귀 Dance”, on Wondaland! Can we expect another hit song from you someday soon? ♥

JK: He’s already made another song. He’s into dubstep. I think he learned it playing Minecraft. 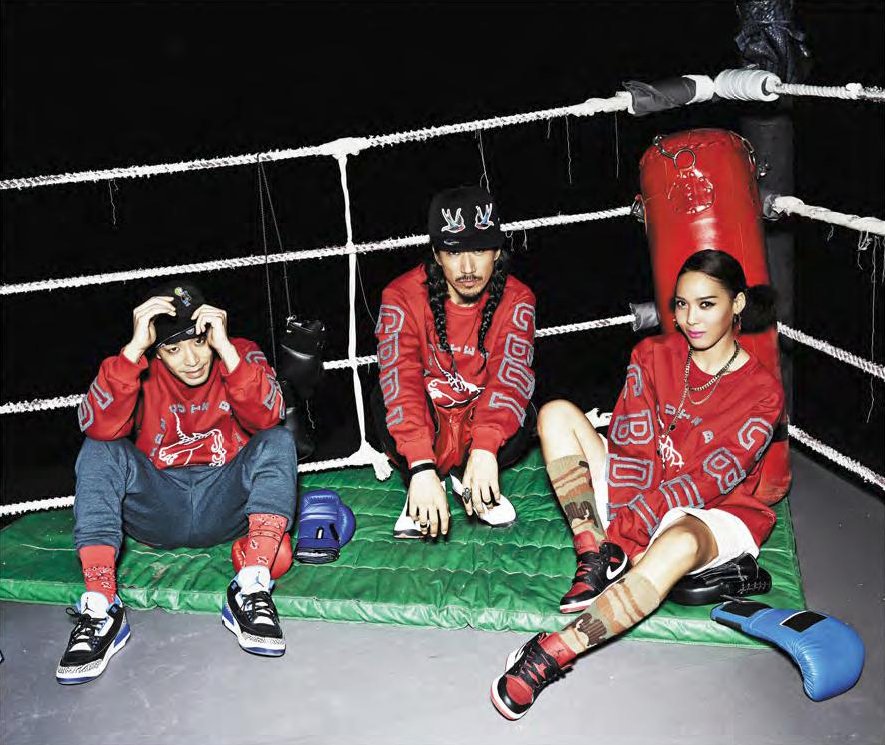 HKP: MFBTY’s work is much different from your solo projects. What new theme(s) or genres might you be thinking about trying or incorporating into MFBTY in the future?

Tasha: Anything is possible…but just because you like a certain genre, or are willing to try one, doesn’t mean it’s going to be a good fit. We’ve been fortunate enough to have such talented smart people around us to honestly tell us ^^.

JK: MFBTY will evolve as the season changes. I want MFBTY to be an outlet for us to express ourselves in the most liberating way possible. The next sequel might be just a movie. You never know.

Below are the two music video releases from MFBTY’s Wondaland.  Please enjoy.