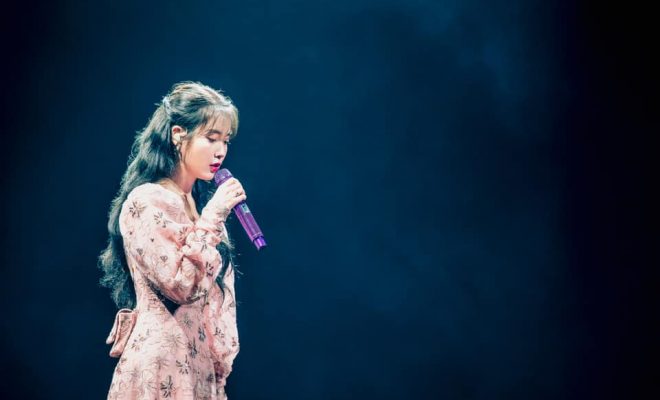 IU showered hope to Singaenas with a promise to meet each other next year – and the years after. 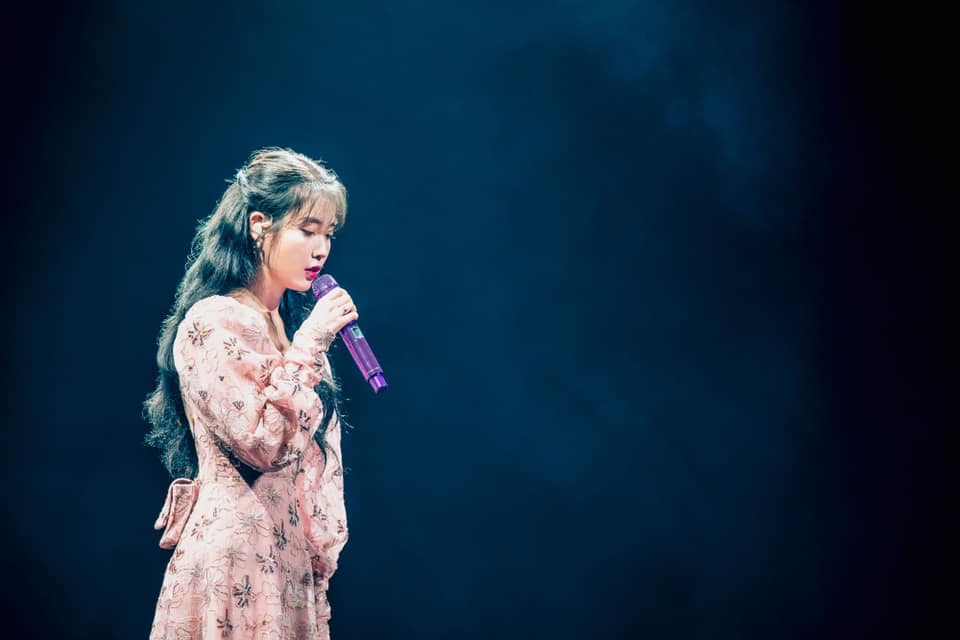 Presenting a two-day event, IU decorated the first show with a colorful performance and inspiring life lessons. Filled to the rafters, the Star Theatre was once again witnessed the rave of her loyal supporters waiting for her scintillating stage. 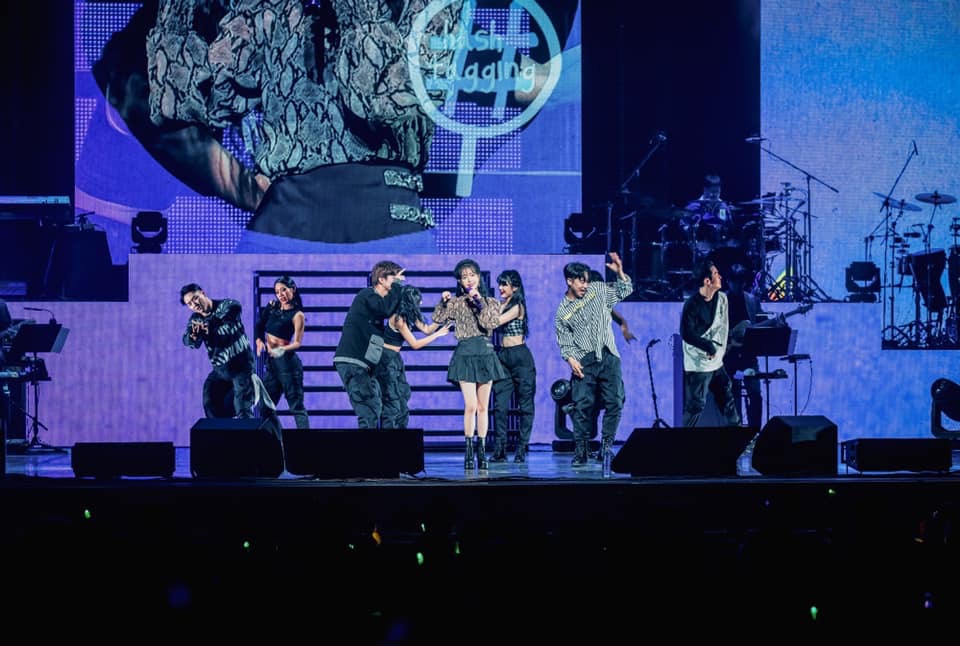 Doting her fans with an almost four-hour show, IU never lost her energy connecting to her audience. Today, we will take you to IU’s amazing music in the first day of her two-day concert.

A Calm And Relaxing Stage

Looking like a doll, IU was exquisite personified on stage wearing a stunning floral dress.

With a live band on the background, IU greeted her fans with “Unlucky” creating a calm mood in the theater.

We are here at The Star Theatre, Singapore ?

The beautiful #IU just made her entrance and overwhelmed us with her beautiful voice singing "Unlucky".#IULovePoeminSG is presented by kakaoM and promoted by @ime_sg pic.twitter.com/o0e3dDPfBo

Momentarily, IU shifted in another cozy stage with “Palette”.  As if it was a theater play, IU completed the song with stage props of a desk, table lamp, and her angelic voice.

#IU just burst a "Palette" full of beautiful music colors and the crowd happily sang along with her.??#IULovePoeminSG is presented by kakaoM and promoted by @ime_sg pic.twitter.com/83gIeK8XeI

For a moment, IU candidly spoke to her supporters as she gave a warm message –  “I just want you to feel more love and get love through this concert”.

Moving on, fans quietly listened to her saccharine voice with “Autumn Morning”. After that, the audience sang along with her backing her up with cute yells of “yay” in “Friday”. 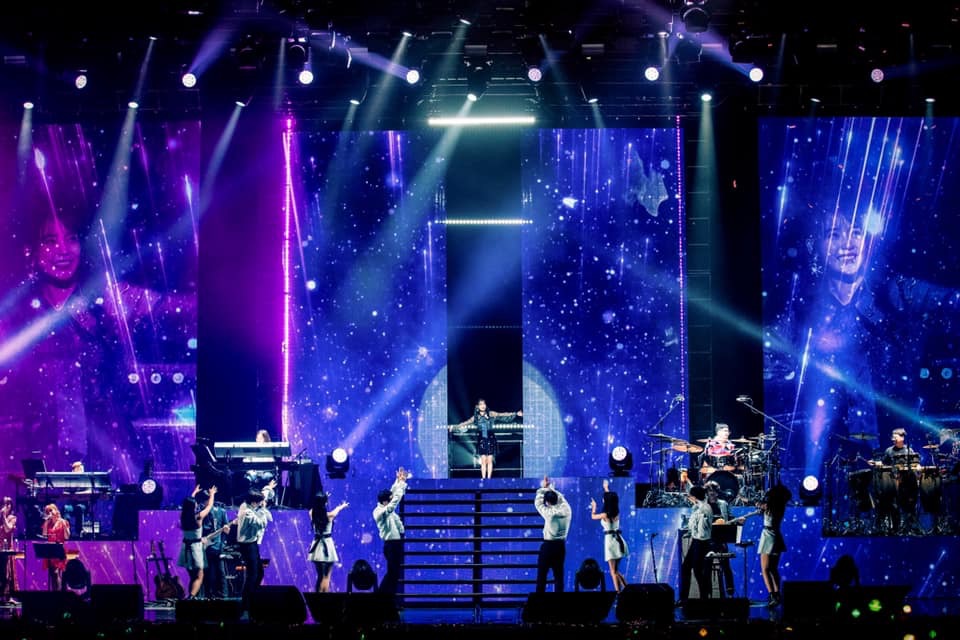 Before she continued with her next song – “Secret Garden”, IU shared another inspiring message taken from the lyrics of the song. The singer quoted, “Forget about what happened yesterday. Everyone makes a mistake. Nobody’s perfect.”

READ: A List Of IU’s Cute And Clueless Moments That Uaenas Will Always Love

Jamming The Night Away

Despite being a solo artist, IU maintained her stardom all throughout. Thanks to her versatility, she can reach out to the audience from different ages.

After her short break, IU came back on stage with a leveled up performance bringing a jazzy vibe for the rest of the night.

Turning the energy higher, #IU continues her lively stage with "Jam Jam"#IULovePoeminSG is presented by kakaoM and promoted by @ime_sg pic.twitter.com/KDTV4rdHtx

Jamming the night away, IU performed “Visitor”, “23” and the crowd’s favorite “BBIBBI”.

Following the vibe, IU belted her high notes with the first song she composed when she was 17 – “Hold My Hand”.

#IU is such a sweet storyteller while singing "Hold My Hand". Belting out her high notes proved how her music gift is really awe-inspiring.#IULovePoeminSG is presented by kakaoM and promoted by @ime_sg pic.twitter.com/CjdSFnmHT2

The energy keeps on getting higher especially when IU performed another crowd favorite, “Last Night Story”. It turned the night into a musical extravaganza. The audience knew the song perfectly well, leaving IU in amazement.

Moreover, fan chants filled the theater and a sea of lighted roses surprised IU as she performed her latest track “Blueming”.

Following her heartwarming track “Meaning Of You”, IU turned back the table to surprise her fans. With a little preparation, IU gifted the crowd with a medley of Hotel Del Luna‘s OST.

After which, IU paraded her other mellow songs “Lullabye” and “Through The Night”

Almost four hours of the show seem long to others but for Uenas, it still was not enough. IU knew how to tease her fans shifting from mellow songs to energetic tracks like “Sogyeokdong and “Red Shoes”. Inevitably, it fueled the fans’ energy hoping the night won’t end.

Closing the night, IU left the fans with an enchanting mode through “Above The Time” and “You And I”. 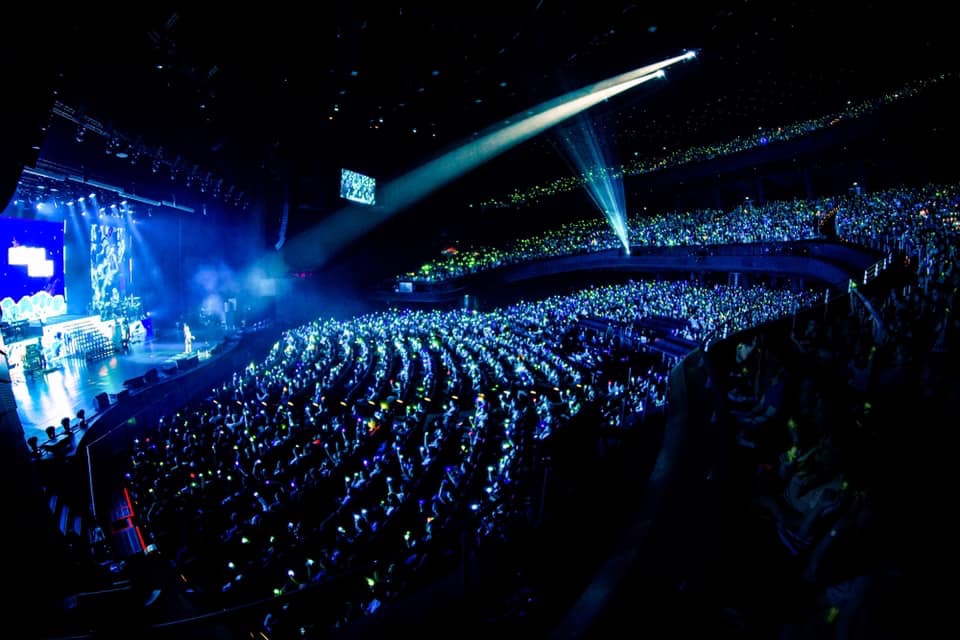 Not wanting to let her go, the crowd chanted her name asking for an encore. With their blasting call, IU came back on stage giving in to her fans request performing two more songs, “Good Day” and the concert’s title, “Love Poem”.

"You have to be healthy. You have to live really well. I’ll see you guys next year."#IU's genuine appreciation for her fans was felt her latest song "Above the Time".#IULovePoeminSG is presented by kakaoM and promoted by @ime_sg pic.twitter.com/VIo86PMZVi

It may seem to be difficult for IU to perform knowing the recent sad news regarding her lost friends but she showed her bright and sunny side all throughout the night. Sharing her piece of advice, she left the crowd with a hopeful message – a promise to meet each Singuenas each year.