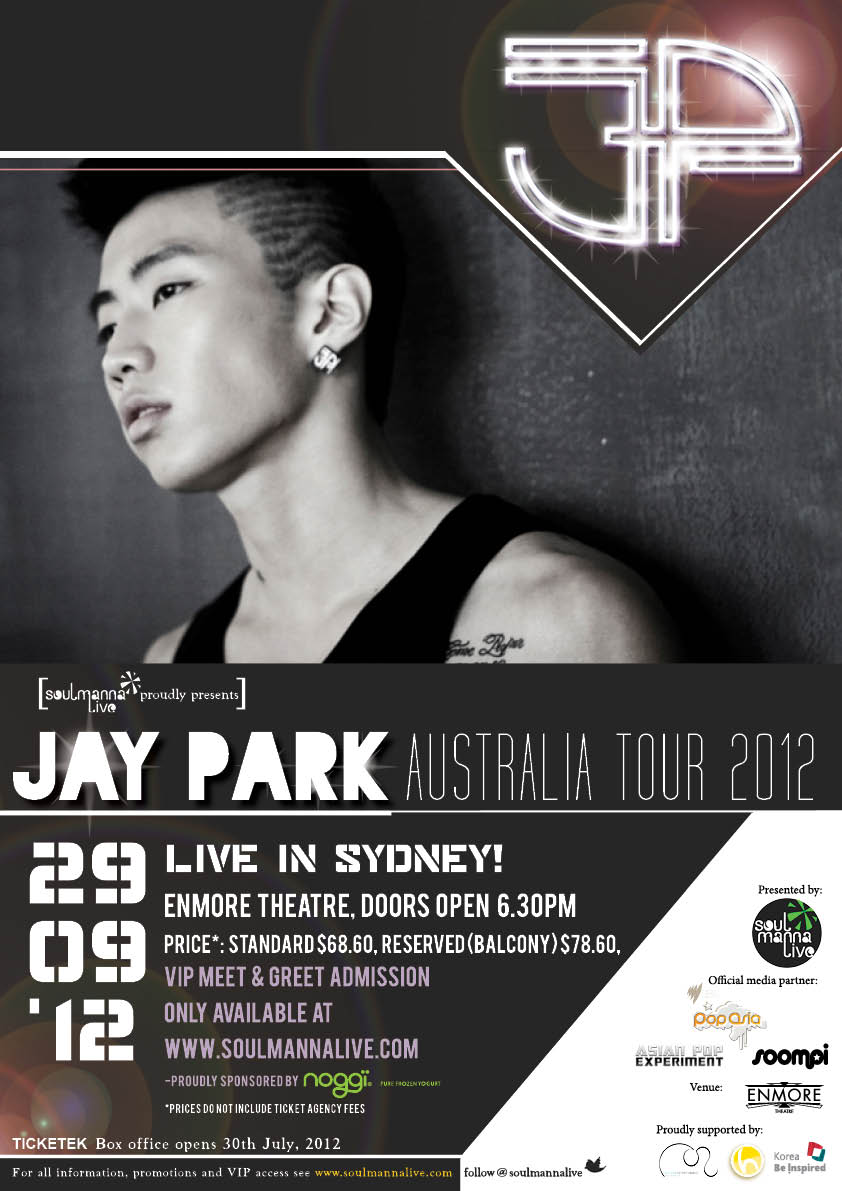 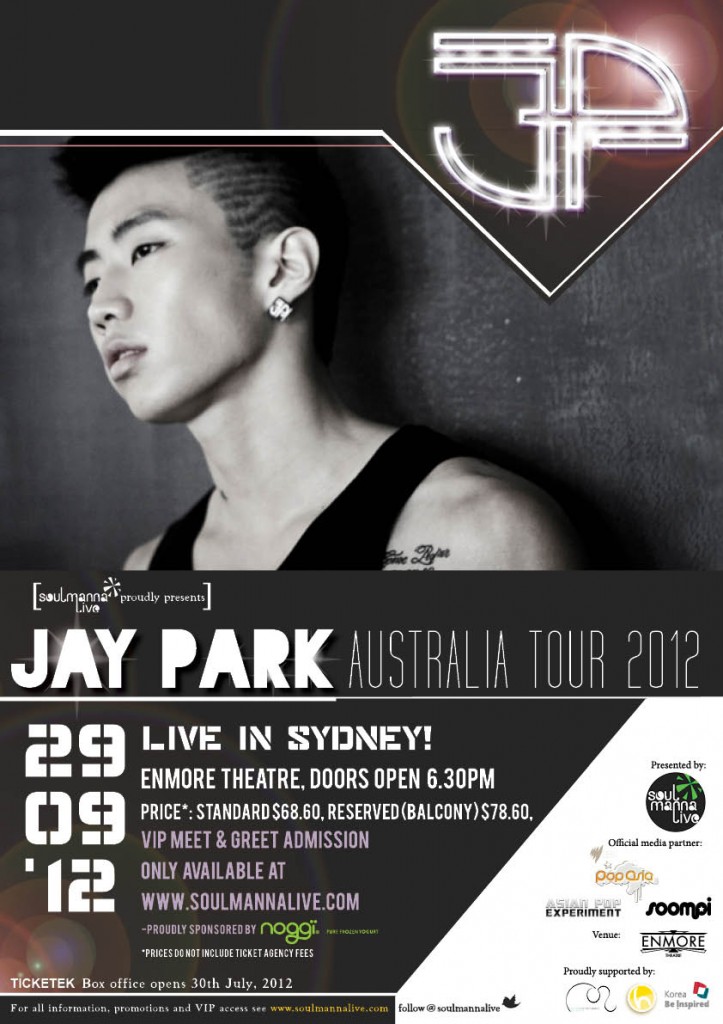 This September, multi-talented K-pop superstar Jay Park will be embarking on his first Australian Tour in Melbourne and Sydney. Jay will performing for the very first time down under and feature his first full-length album, New Breed.

Earlier this year, the singer-song writer proved his soaring popularity by making headlines across the Asian Pacific with his recently completed US tour VERIZON APAHM. His first solo concert in Seoul also sold out within a record of 10 minutes. Jay’s first full-length Korean album, which was released in February, also debuted at number 4 on the Billboard World Album and reached #16 on Billboard Heatseekers Album Charts. This self-produced, written and recorded debut album shows Jay’s true talent as an artist and exceeds the expectations of the normal pop music style.

In collaboration with one of U.S’s top producers, Rob Knox (Justin Timberlake, Timbaland, T.I), hip-hop group Dynamic Duo and many others, New Breed brings one of the freshest experiences of R&B, Hip Hop and Dance sounds. Jay’s debut album also managed to place number 1 on the Hanteo Weekly chart with his title track, Know Your Name, and sold more than 80, 000 copies upon its release. With its exceptional popularity, the album has now been signed for distribution in Japan by record giants Universal Music.

With currently over 78,000 YouTube subscribers to his channel, over 206,000 likes on Facebook and over 420,000 Twitter followers, Jay’s fan base, best known as ‘Jay Walkerz’, is steadily growing by the day, all over the world. So don’t miss out when he performs live in the flesh in his first Australian showcase!

Presented by KPOP AUSTRALIA in association with Soulmanna Live