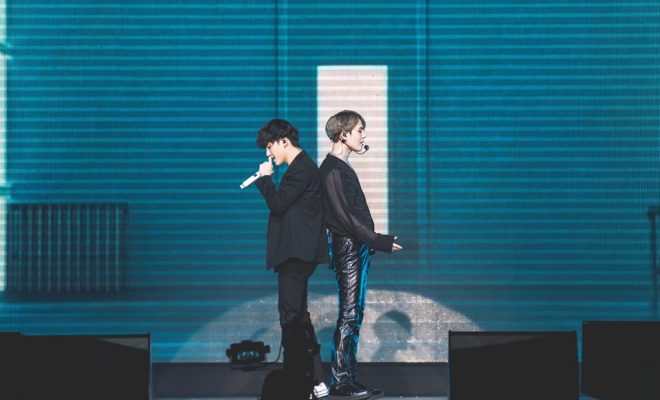 JYP’s power du0 – JB and Yugyeom did not fail to meet their fans expectation at the final stop of their Asia tour FOCUS> Premiere Showcase.

Held at [email protected] on May 4, Jus2 powered two hours of explosive performance for their raving fans. 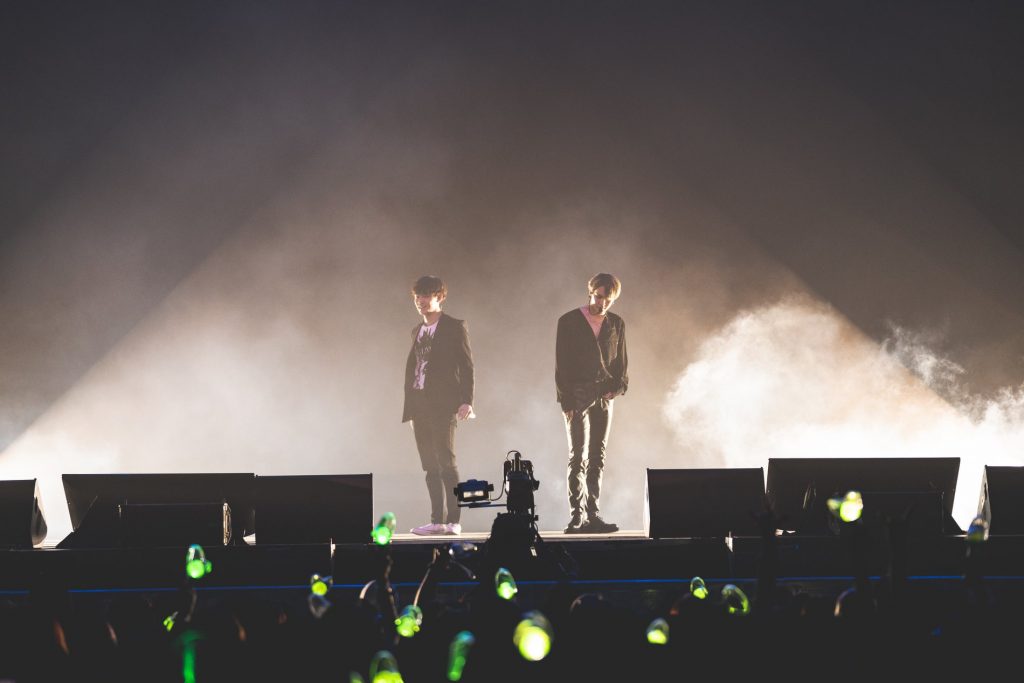 As soon as the hall dimmed, every single Ahgases focused on the stage waiting for JB and Yugyeom to come out. Meeting their anticipation, Jus2 skewered exciting numbers one after another.

Intoxicating their audience with a sexy start through tracks “Long Black” and ” Drunk On You”, Jus2 made it impossible for fans to take their eyes off of them on their opening salvo.

Soon after, fellow GOT7 member, Mark Tuan joined them on stage and graced the night as the show’s host. The attendees got to more of Jus2’s Yugyeom and JB as they gamely answered trivia questions about them. 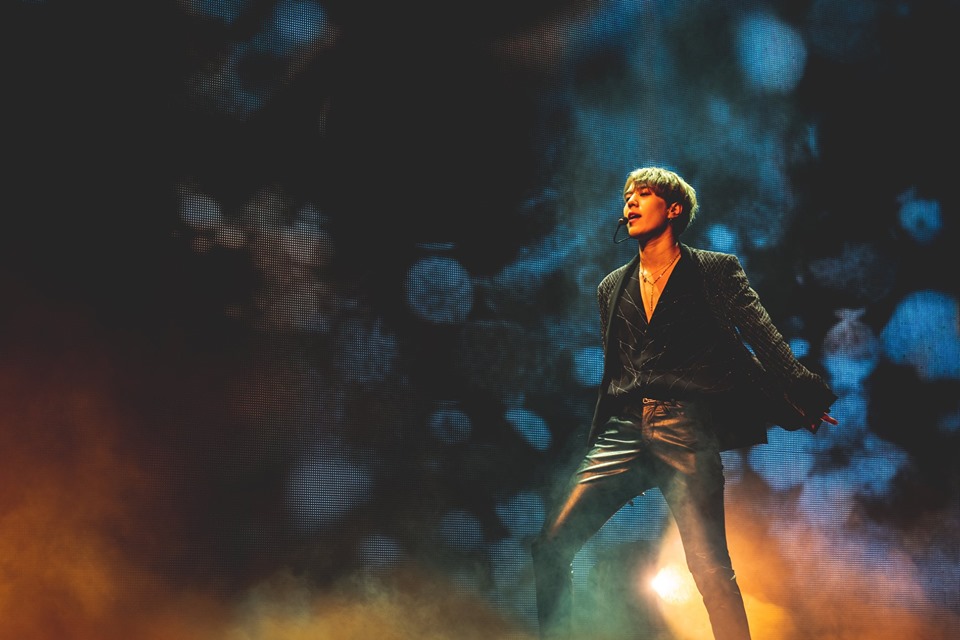 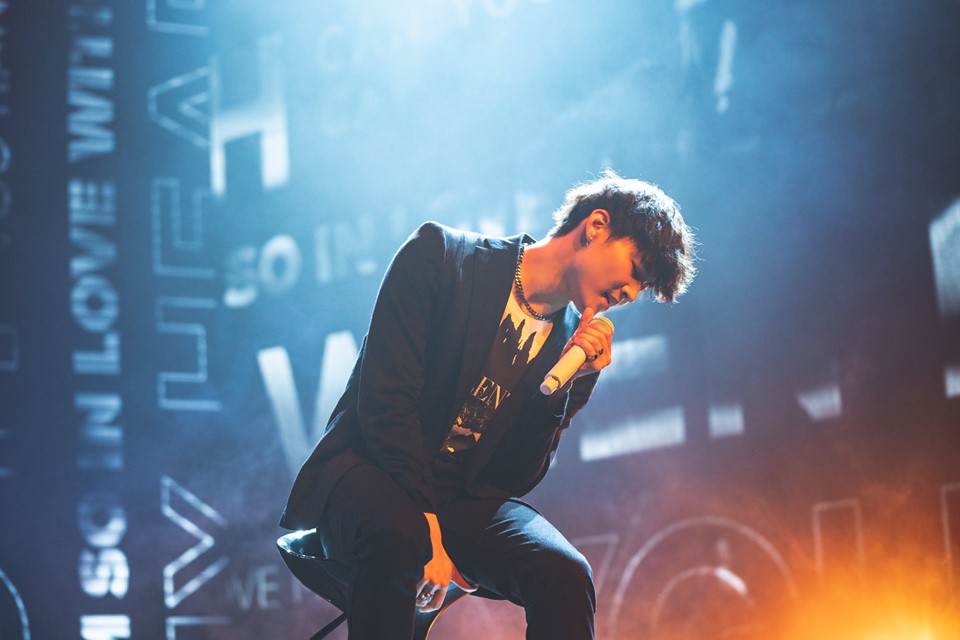 An Intimate Night With Jus2

One of the thrilling part of the show is the game portion where JB and Yugyeom candidly answered questions about each other.

The moment they greeted their awaiting fans, the boys shared how they love the Singapore’s weather and the chili crab that they served them for dinner.

As this is the last leg of their tour, Jus2 put on an extra effort for their opening act. Mark, who was in the backstage, approved their performance and remarked that their manly charisma overflowed.

Jus2 also talked about their album Focus, and how its theme is about human senses. They mentioned that they went on a strict diet to look sharp and they even got a little bit of tan.

With their “Focus” game portion, fans get to know new things about their idols. JB’s favorite word is “comfy” while Yugyeom shared his sleeping habit.

Furthermore, three lucky girls reached cloud 9  as they experienced eye contact with their idols in the staring contest.

Moreover, Jus2 members prepared their individual stages after serenading the crowd with “Touch”. JB allured the attendees as he performed “Sunrise”. Meanwhile, Yugyeom captivated the fans with “From Now”, which was coupled with a swoon-worthy dance choreography.

The duo continued to seduce the audience with song “Senses” which was followed by the live stage of their recent’ album’s title single “Focus”. Moving to a box-like stage plus the duo’s enthusing song and dance numbers, it created a visual that won’t make the crowd lose its focus on JB and Yugyeom.

Read : What Ahgases Can Expect From The Finale Stop Of Jus2 In Singapore “Focus Premiere Showcase Tour” 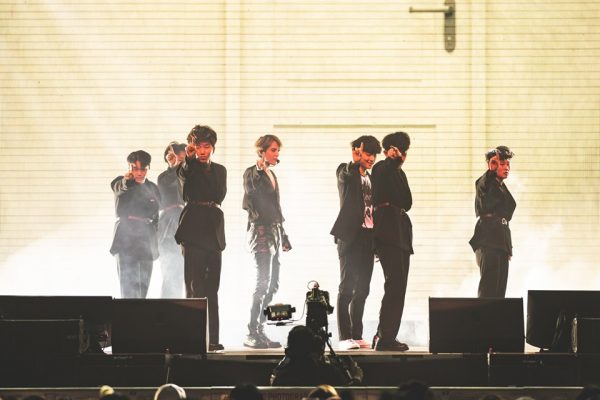 After a short break, Jus2 came back to the stage with more stimulating beats. In their performance of “Love Talk”, the crowd can’t help but jump off of their seats with high energy. With Mark joining them on their next set, they turned the night into a party as they bring their performance up a notch with “Higher”. The trio enjoyed their time on stage splashing water with each other and they ended the set with a group photo.

Just when the fans thought the show ended, JB and Yugyeom surprisingly went back to the stage and gifted them with another performance of “Focus”. Truly marking a memorable moment for Ahgases who will sleep happy because of them.

Furthermore, GOT7 members made an unexpected appearance on the venue’s screen. Supportive of their brothers, the K-Pop group greeted their fans and hinted of their upcoming comeback.

It was a night twice special and meaningful! Jus2 engaged with their supportive followers through amazing music genuinely delivered. 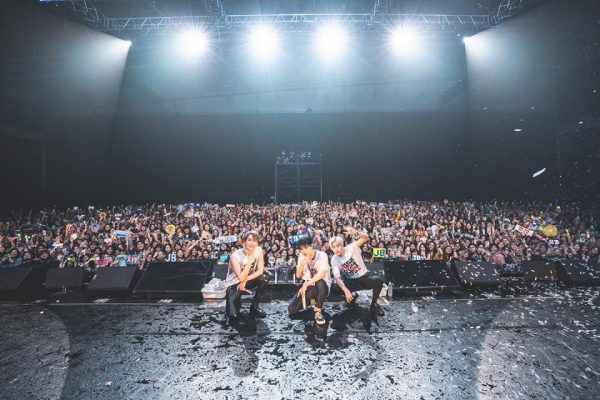 Jus2 <FOCUS> Premiere Showcase in Singapore is brought to fans by One Production, Live Nation and JYP Entertainment.

*All photos from One Production

FacebookTwitter
SubscribeGoogleWhatsappPinterestDiggRedditStumbleuponVkWeiboPocketTumblrMailMeneameOdnoklassniki
Related ItemsGOT7JBJus2Jus2 Focus Premiere ShowcaseJus2 Focus Premiere Showcase in SingaporeJus2 in SingaporeJus2 JB and YugyeomYugyeom
← Previous Story BTS Kicks Off New World Tour Together With 60,000 ARMYs At Rose Bowl Stadium
Next Story → GOT7 Prepares To Go Around The World With Announcement Of Dates And Stops For “Keep Spinning 2019 World Tour”