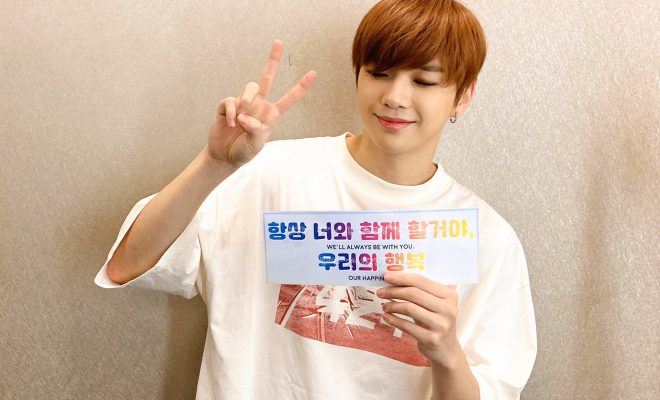 After over a year of waiting, South Korean idol Kang Daniel has finally returned to grace the Philippine stage with his undeniably captivating charms. 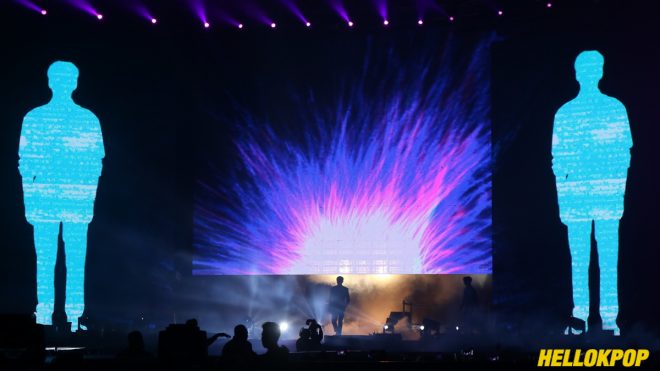 Titled Kang Daniel Fan Meeting: Color on Me in Manila 2019, the handsome and talented artist has recently visited his loving Filipino DANITYs at the MOA Arena on October 19.

We’re here at the MOA Arena to see #KangDaniel live for his first-ever solo #ColorOnMe2019 fan meeting in Manila! ❤️

Stay tuned for our live updates! ?

Welcomed by thunderous cheers from fans, the rising soloist entered the center stage with his classy greyish suit. He kicked off the show with his short but sweet introductory track “Through The Night” off his record-breaking debut album Color On Me. 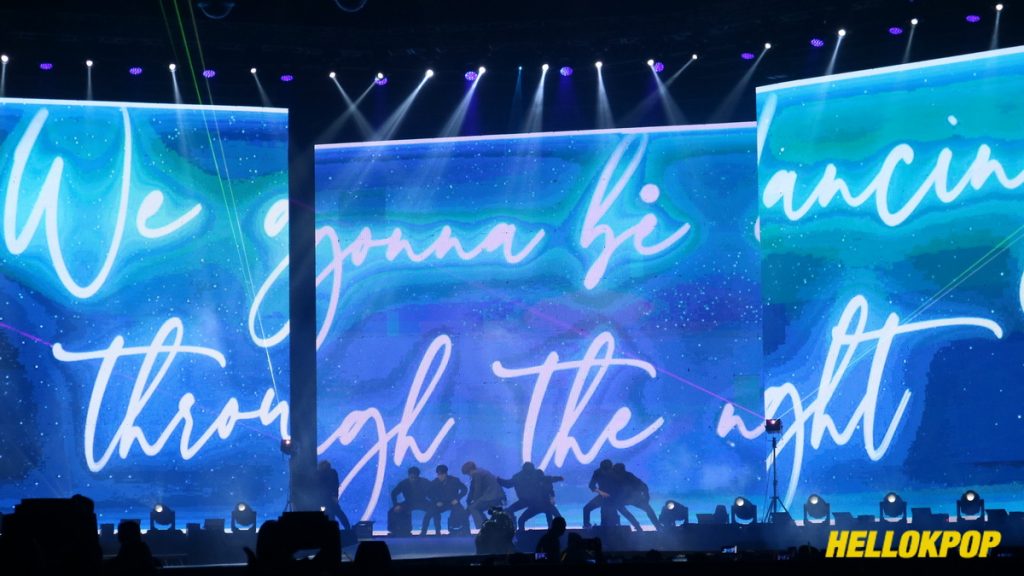 The former Wanna One center then followed it up with a soulful performance, as he serenaded the crowd with “Color On Me”.

Soon after, Kang Daniel gave his warm greetings to his beloved fans in the venue. He even delighted everyone as he adorably said the Filipino words “Kumusta ka?” which means “How are you” in English.

“I’m very happy to be back here in Manila. Thank you for waiting for me,” he said. 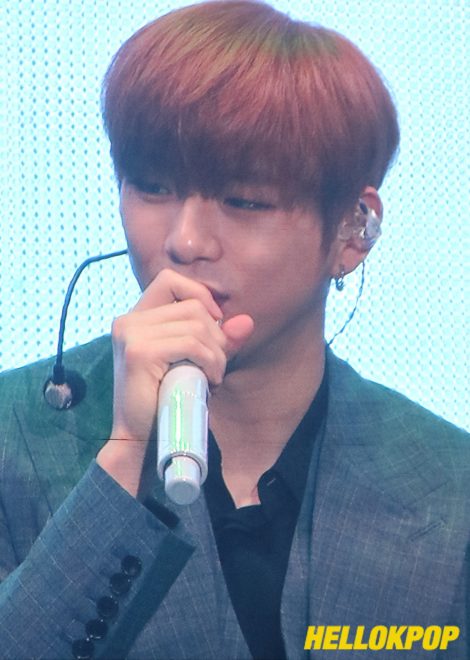 Asked on the previous stop of his first solo fan meeting in Bangkok, the idol shared that the fans there were really great. “They are very welcoming and energetic. They sang along with my songs.”

Reminded by his past visits in the Philippines during his stint in Wanna One, he then added, “But as far as I remember, Filipino fans are great as well. Their energy is amazing.”

After treating fans with a captivating starter, Kang Daniel has sportingly participated in several fun-filled games.

First up was the “TMI” or “Too Much Information” segment. When asked about the sound of his alarm, the crowd went wild while he continues to just smile to the question.

Answering it with hoarse sounds, he then shared that he actually gets up after the alarm rings on its fifth or sixth time. Additionally, in the same segment, he picked a lucky fan to receive a signed album. 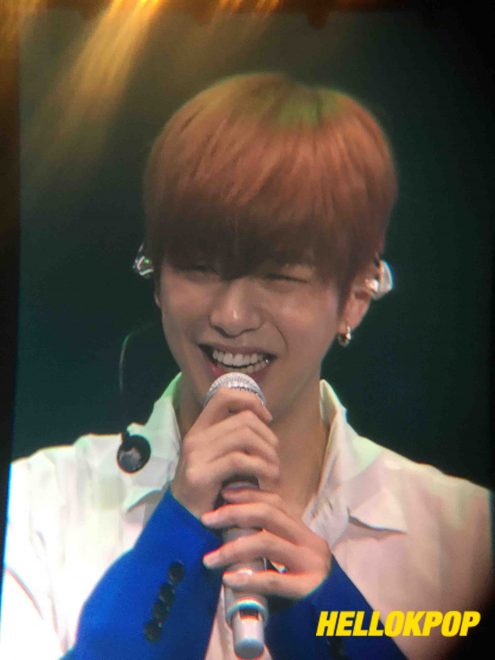 Kang Daniel likewise showed his competitiveness through the second game called “Relay Mini Olympic”. Needing to accomplish a series of missions, the singer, unfortunately, failed on his first try. Though, the fans are very much delighted as he gifted them with a special “Rolex dance” as a penalty.

Adorably requesting to try again, he then proved his competence in the game as he succeeded on his second try.

Moreover, the soloist even prepared a gift corner to his beloved DANITYs through the game of darts. The first shot led him to take a boyfriend pose, while his second attempt landed on the penalty part where he has to push up five times.

Lastly, the third shot hit the “slow dance”.  Showing off his undeniably sexy grooves, the idol gamely dances in the center stage. Quickly after the music stopped, he cutely ran back to his seat.

Hyping up the already excited audience, Kang Daniel then started off another set of enthralling stages. Still sporting his elegant dark-colored outfit, he charmed the fans with a fascinating number of “Horizon”.

While getting ready for the next performance, an adorable behind-the-scene video is played for the waiting fans. With passionate cheers from everyone in the venue, he gorgeously came back on stage with his stylish blue ensemble.

Reaching closer to fans, the soloist took the extended stage to perform his solo debut title track “What Are You Up To?”

READ: Kang Daniel Dances In The Rain For “What Are You Up To?” Special Video

Soon after treating fans with an enchanting stage, he walked back to the main stage while a special fan video project started playing.

Featuring his journey as an idol since joining Produce 101 Season 2, promoting under Wanna One, and now as a solo artist, the Filipino fans were able to send a sweet message through the heartwarming video.

“He is our miracle. We will be there all the time, we love you, we trust you, and we will wait for you,” the Filipino DANITYs said.

Looking astonished and touched at the same time, Kang Daniel has placed his right hand on his chest and continuously said “Wow”.

“I do not know how to explain the emotions that I have right now. I am not really sure if I actually deserve all the love that I’m getting.  I’m so touched. Thank you very much,” Daniel gave his heartfelt gratitude. 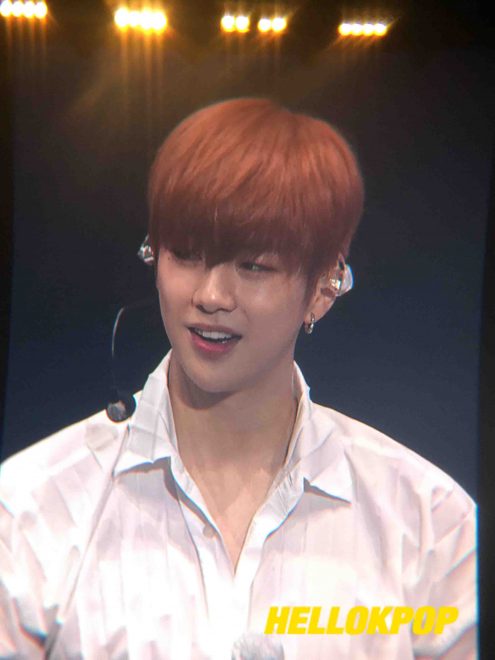 Narrating how moving the video is for him, he then continued to show his gratitude to everyone by saying, “It was so moving. I want to tell you but it is so filled in my heart. To be honest, I made you guys wait. I feel that I have not given back enough all the love. I promise to visit you more often. I’ll become better and reach you guys in my own way.”

In addition, the idol even sent his good wishes to Filipinos in Davao who recently got hit by the earthquake. He likewise said that he is hoping that his concert would have been some sort of comfort to fans who are affected.

Donning denim pants partnered with a chic-ragged white shirt, Kang Daniel then went back on the stage with a special cover of Justin Bieber’s hit song “Sorry”. 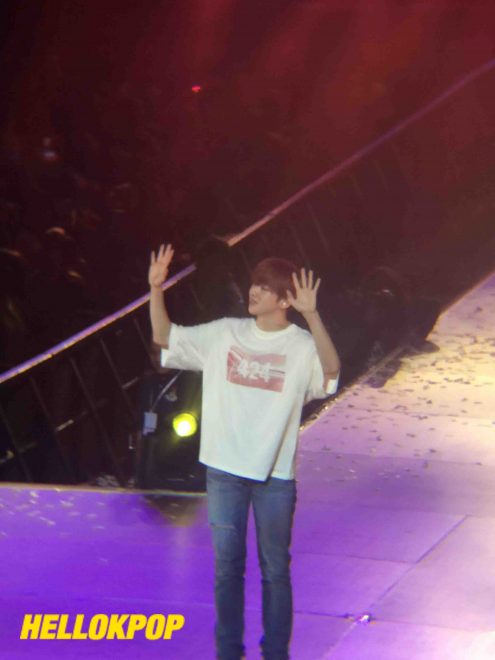 Afterward, the idol capped off the night as he wowed his loving fans with a heartfelt performance of “I Hope”. Wishing to be with his fans for a long time, he sweetly sang the lyrics of the song: “Stay with me. You are the one I need so you just take my hand. I hope you smile.”

Just when we thought that the night was over, a special video suddenly started playing. Featuring Kang Daniel’s beloved cat named Ori, the two cutely ended the show with their lovable chemistry.

[Oh!녤]
KANG DANIEL FANMEETING : COLOR ON ME IN MANILA

Kang Daniel Fan Meeting: Color on Me in Manila 2019 is presented by KONNECT Entertainment, UnUsUaL Entertainment, All Access Production, Mall of Asia Arena and SM Tickets.

Hellokpop extends gratitude to All Access Production for the media invites.