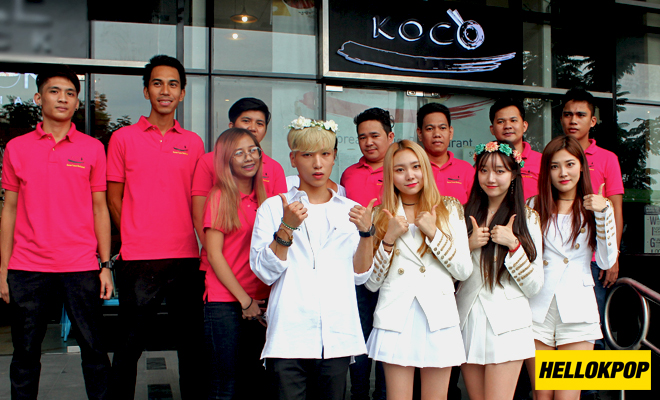 A ‘Special KOCO Day’ With A.De And Joo Won Tak In The Philippines

Here’s our exclusive with A.De and Joo Won Tak when they were in the Philippines in July.

Last July, HelloKpop got the chance to take a sneak peek of the newest Korean fusion restaurant in the Philippines, KOCO Restaurant, located in the busy city of Pasig, which is set to celebrate its special KOCO Day on August 15!

On the same day of the soft opening of the restaurant, familiar faces from Produce 101 Season 1 and 2 graced the event. A.De members MiSo, SuYeon, and HaeYoung, together with Joo Won Tak,  who are both signed under 2ABLE Entertainment company, were present and held a mini fan meeting activity with their fans. 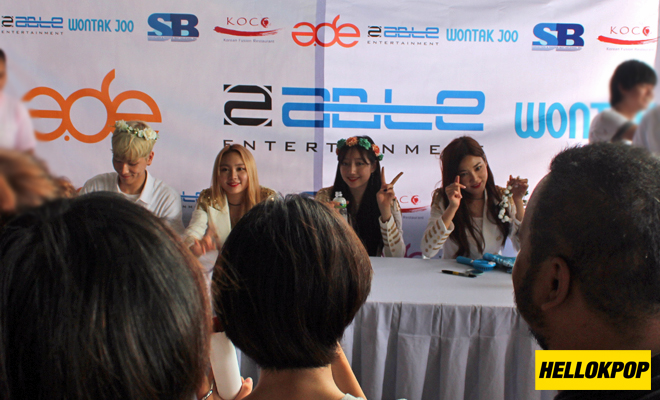 HelloKpop sat with the group for a short interview after the event. They were still in surprise to see so many fans coming to see them despite the schedule which falls on a Friday afternoon – a tricky schedule for fans due to school and work. 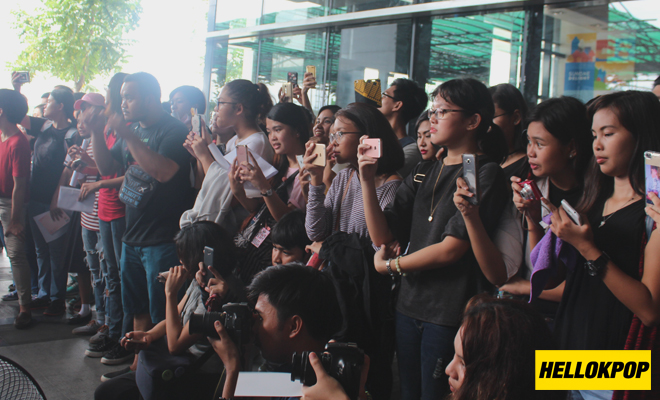 Fans of A.De and Joo Won Tak who were lucky to attend the event despite of the schedule.

The first immediate question was for the three bubbly girls of A.De on their plans after their digital single, “Strawberry”.

The three members told HelloKpop that they are still working on their new single, and hopefully be able to come back soon with an album for the fans.

The concept is still not final but it has something to do with their name “A.De”, like adding sweetness to a drink as in lemonade or a sweetened fruit beverage. 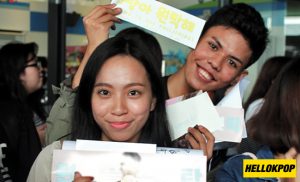 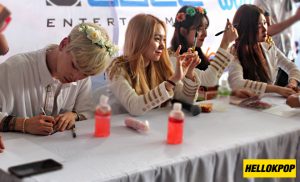 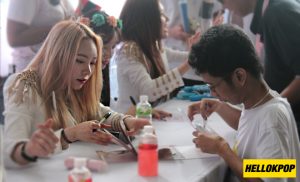 When Won Tak was asked how he feels to be part of the reality show Produce 101, it might be least expected for any sincere and honest answer.

He said he was very happy and proud to be part of a show that became very popular not only to fans in Korea but also outside of the country. He admitted that he got depressed when he was eliminated early from the show though.

But when he saw the love and support from fans, he became so happy and his spirit was uplifted. He sees his fans as his motivation and strength to work and train harder so that he can come back on stage and show a better Won Tak to them.

On their Filipino fans and future plans

A.De members and Won Tak didn’t expect to see so many fans rooting for them from the Philippines, and they were explicitly delighted to see them in person in the fan meeting. They said they used to only talk to them on Twitter and SNS but now they had the chance to meet them in person.

A further question on any possible acting plans revealed that the four artists are undergoing artist training, which includes acting courses. However, they would want to focus on their career as an artist first. But if acting opportunities arise, they are also willing to take on the roles and do their best for the fans.

A.De’s return to the Philippines

The youngest member of the girl group, MiSo, said she has even made a promise with the fans to come back to the Philippines, and the group is looking forward to have a bigger event for their fans in the country soon.

And the good news is all the girls from A.De will be returning to the country on August 15 for the grand opening ceremony of KOCO Restaurant – a Korean fusion restaurant located at Robinsons Tera Tower, Bridgetowne, in Pasig City.

Fans, who are going on Tuesday, will be lucky to experience dining in a Korean fusion restaurant, and be served by the Korean artists because the members of A.De will become one-day restaurant staff of KOCO!

Check out A.De and Joo Won Tak’s message to the Filipino fans below:

We would like to thank Shin Yearim of KOCOPhilippines for the invitation and granting us interview opportunities with A.De and Joo Won Tak during the soft opening of KOCO Restaurant in Robinsons Tera Tower, Bridgetowne, Pasig City.