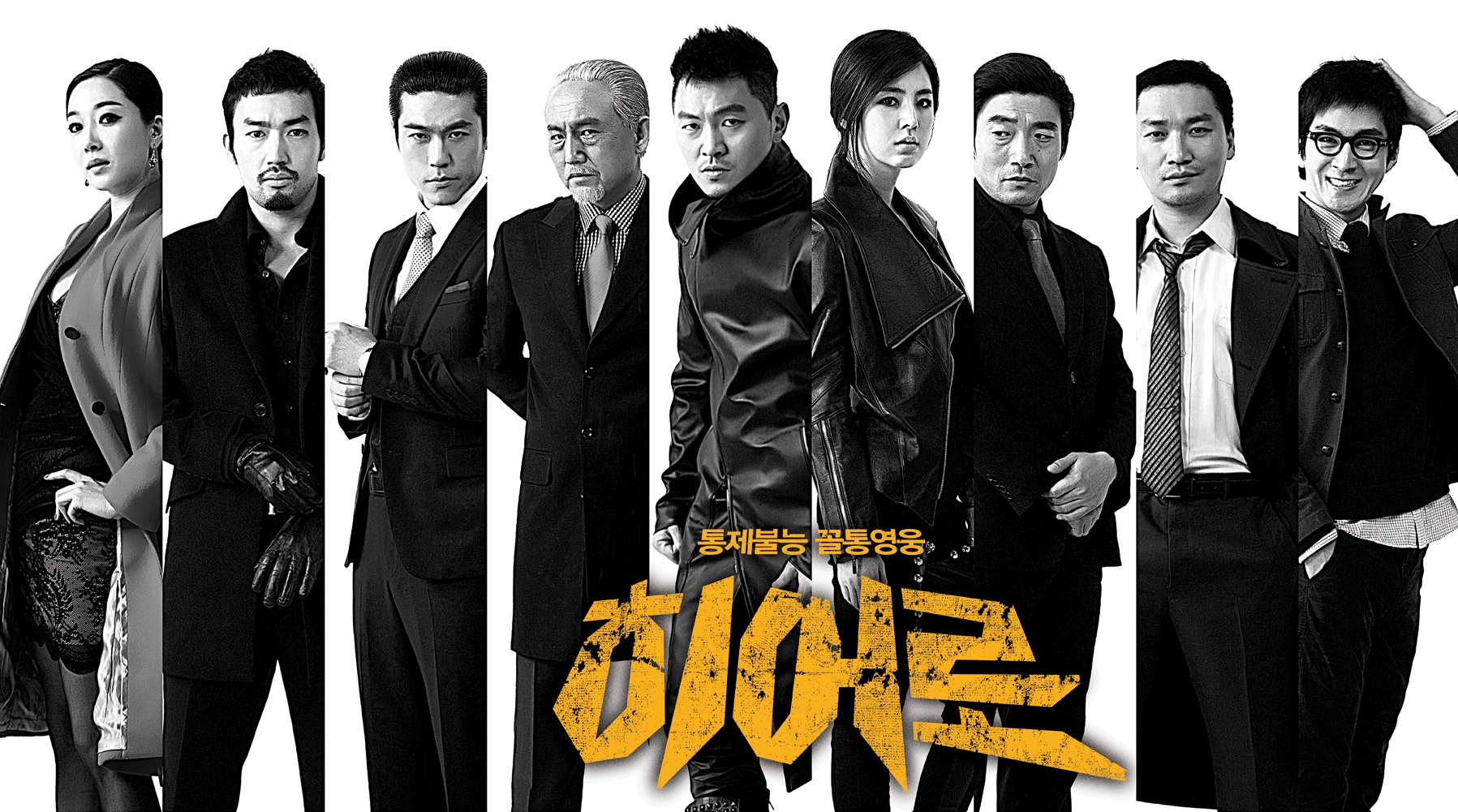 Korean action drama ‘HERO’ to debut through Celestial Movies in Singapore this September! 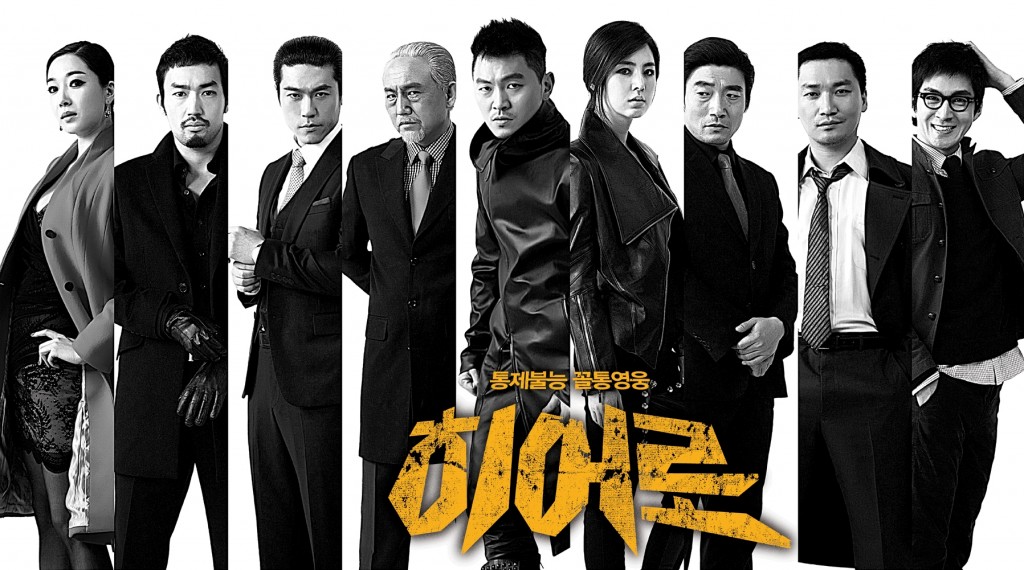 This September, Celestial Movies, the biggest 24-hour Chinese movie service in Asia and beyond, will bring you its first and exclusive broadcast of the big-budget Korean action drama HERO!

A select group of media, including hellokpop, was invited to attend a private screening of the drama at The Screening Room, Singapore. Upon arrival, media representatives were treated to a sumptuous spread of food, and were repeatedly invited to take photos with two models against a backdrop of a HERO poster with props in tow. Photos were printed out in mere minutes, and the friendly atmosphere made the whole event thoroughly enjoyable. 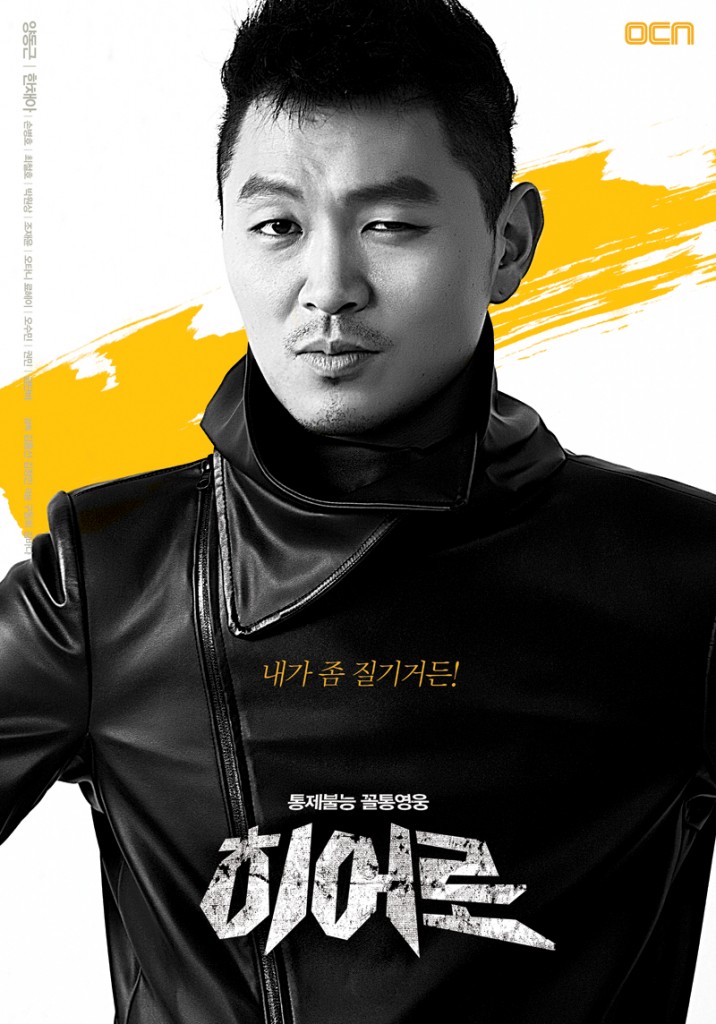 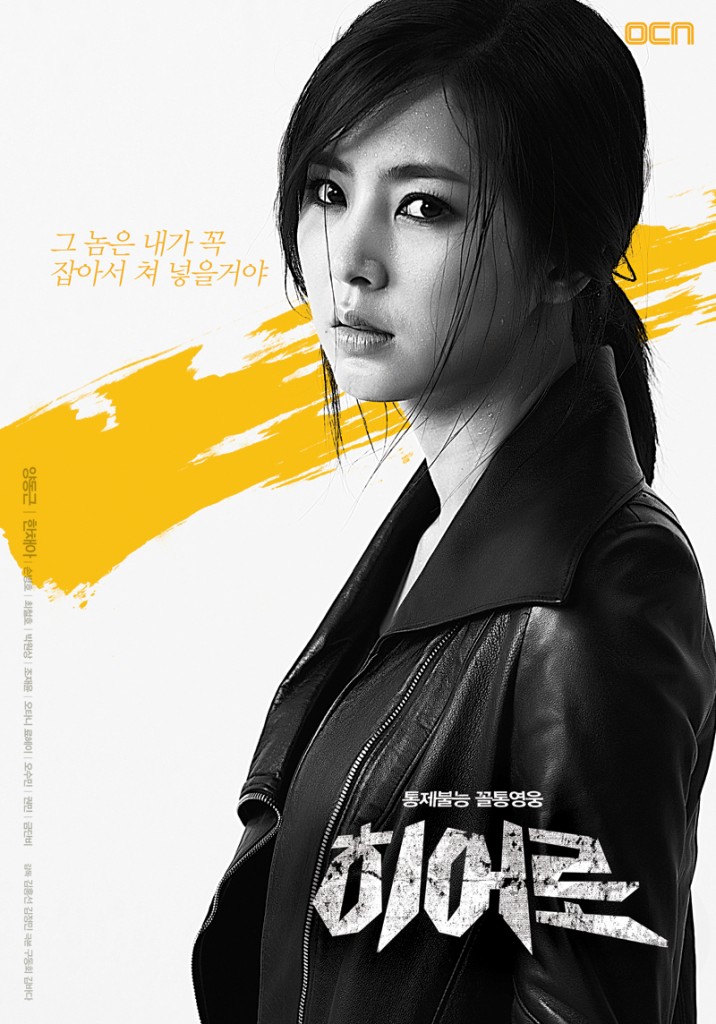 HERO unabashedly uses the conventions established in the world of fantasy and science fiction, but instead of falling short of the expectations heaped upon productions that come after major successes in the same genre, this new drama series has proven its literal weight in gold. Costing a staggering $1 million USD to produce the first two episodes alone, the ten-episode HERO garnered the highest number of viewers for its time slot among all the cable channels when it premiered in Korea, in March 2012. 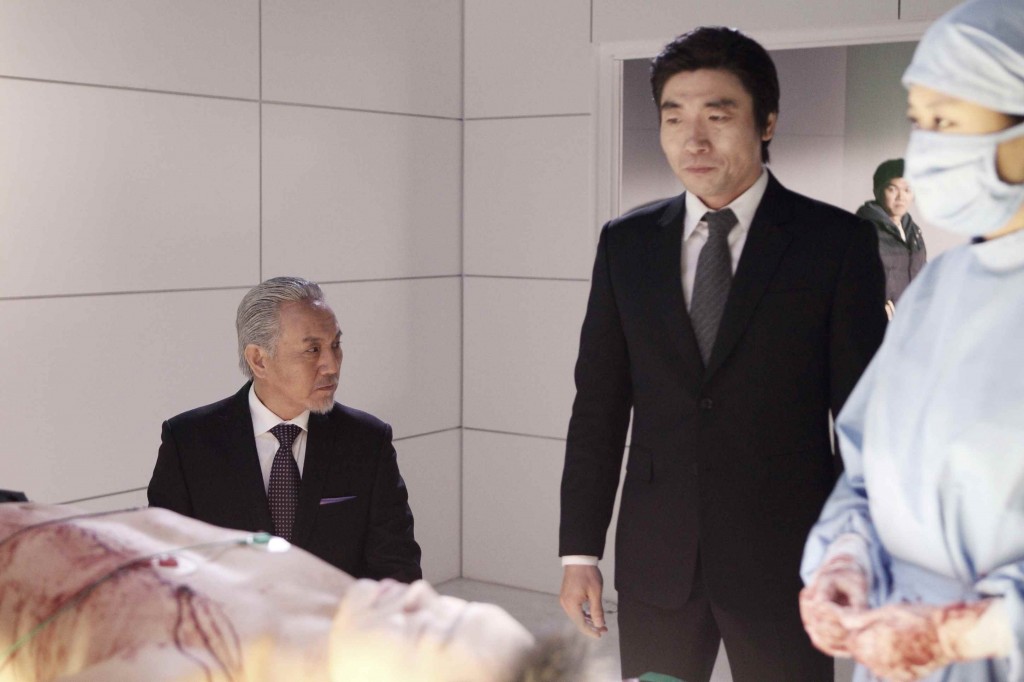 (Above Image: Heuk Chul was pronounced dead after getting shot)

Protagonist Heuk Chul (Yang Dong Keun), like many prototypical superheroes, appears first as a masochistic young male who has no sense of social responsibility and who is the black sheep of a family that belongs to the higher echelons of society.  After being hit by a bullet, Heuk Chul is saved from the jaws of death through a new medical invention, the side effects of which result in the attainment of superhuman abilities and a new-found conscience. Although a bit predictable, HERO still causes viewers to examine the theme of superhuman strength and its responsibility more closely when Heuk Chul finds himself confronting evil not as monsters which materialize out of nowhere to threaten humankind’s existence, but instead in the form of his father and brother. 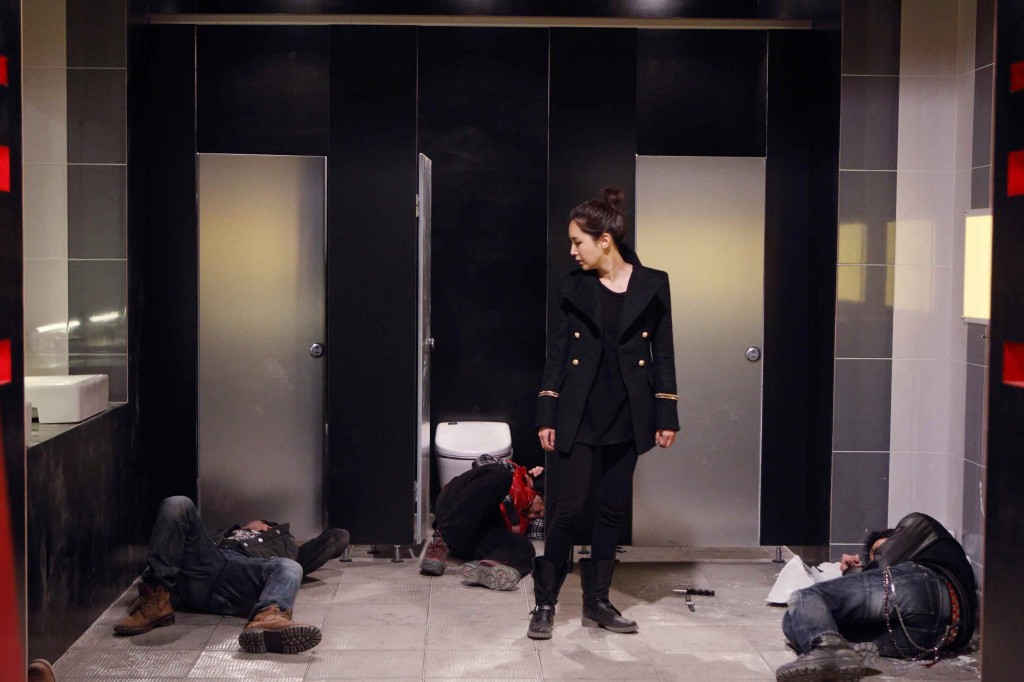 (Above Image: Yoon Ih-Ohn who saved Heuk Chul from 3 gangsters in the male toilet)

Familial ties complicated by politics, corruption imminent in the ruling body and individual responsibility to purge out these evils, and social and moral degradation in direct contradiction to the advancements in technology are the main threads weaved together in HERO. However, HERO does not cook up a storm that is all serious or all too depressing. Instead, an exploration of a dystopia through occasional black humor and slapstick comedy lightens the mood at appropriate moments, which allows viewers to laugh despite the dire circumstances portrayed throughout the drama. It is indeed the injection of these laughter-inducing acts that make this drama enjoyable despite the gravity of the issues with which it is ultimately concerned. 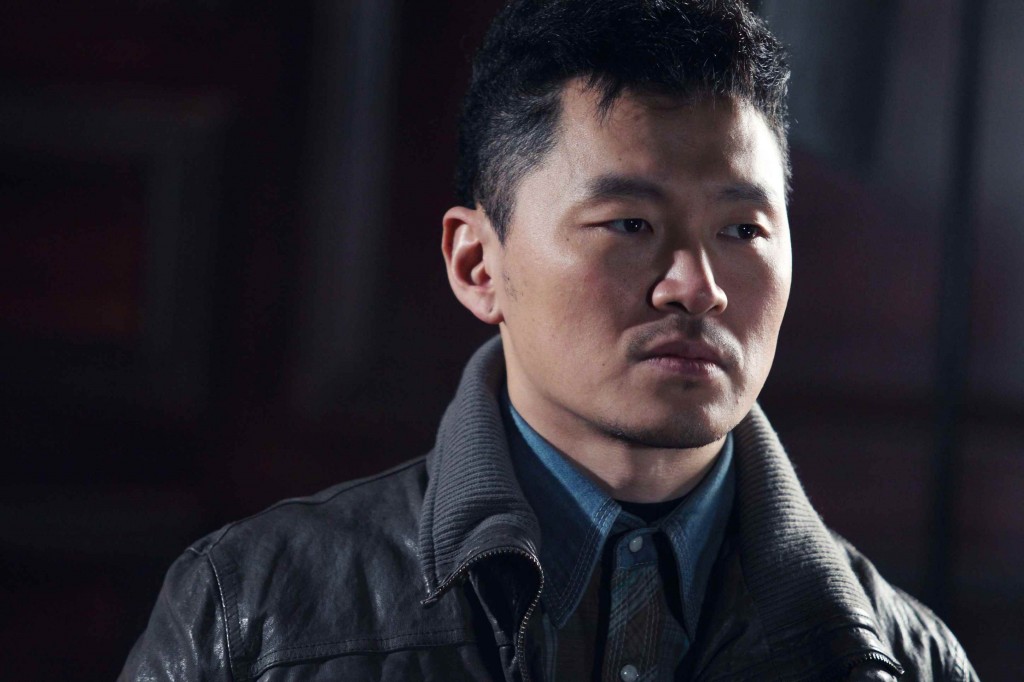 (Above Image: Heuk Chul felt something unusual with his body after being revived)

HERO is refreshing because it uses the recognizable conventions in superhero plots to revisit timeless issues pertinent to humanity:  the limited body and the potential of willpower, the never-ending struggle between good and evil, and the innate ability in every individual to be an ordinary hero. 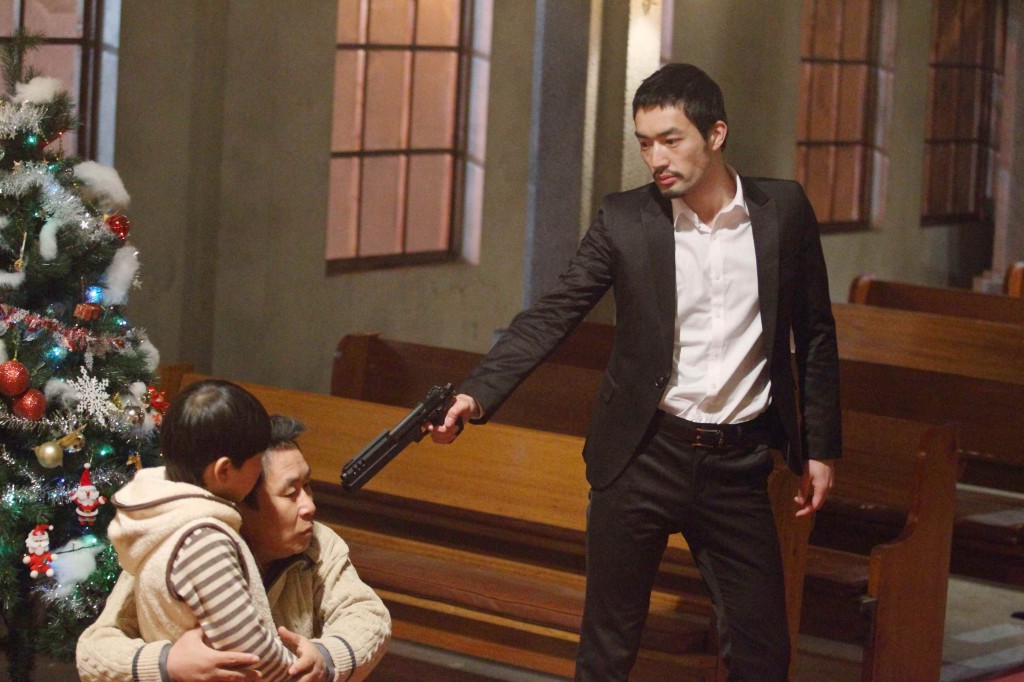 (Above Image: Ryohei Otani as Lee Jae In pointing a gun at the priest, demanding an item)

Premiering exclusively on Celestial Movies on the 3rd of September and airing at 8pm every weekday (Mon-Fri), with an encore telecast at 10:45pm on SingTel mio TV channel 52 and Starhub Cable TV channel 868, HERO will top your list of the latest must-watch-dramas. Starhub subscribers who prefer watching marathon shows can also rejoice, as there will be two exclusive HERO marathons on the 9th and 16th of September, featuring episodes 1 through 5 and 6 through 10 respectively. However, only the HERO marathon on the 9th of September will be free for Starhub subscribers. Celestial Movies will also be made free for viewing from the 8th to the 10th of September. 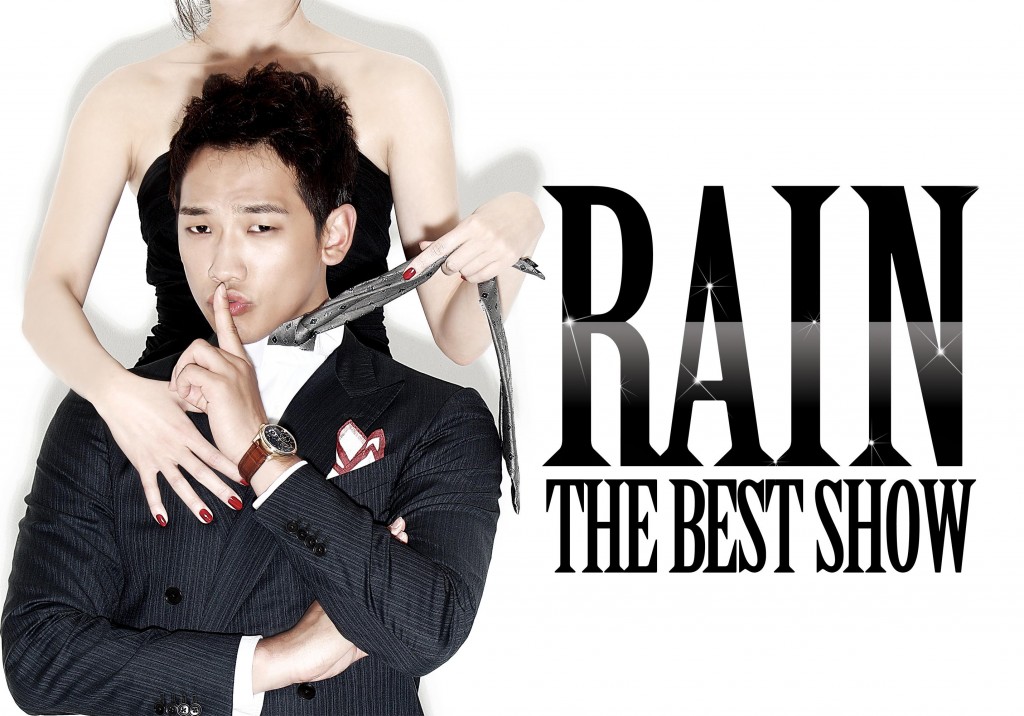 Besides the exclusive screening of HERO, ‘Rain: The Best Show‘ will also be making its television premiere on Celestial Movies at the end of September. Fans and viewers will have the opportunity to enter a drawing to win copies of the limited Rain: The Best Show photobooks, which were exclusively produced to be given away only in Singapore! Each photobook contains a last page that is different from all the rest, thus making every book unique!  More updates on the Rain: The Best Show photobooks will be posted soon.  So, please keep an eye out for that news!

hellokpop would like to send a special thank you to SPRG and Celestial Tiger Entertainment for inviting us to cover this exclusive private screening event.  Please visit Celestial Movies’s website and Facebook for more information on both of these shows!