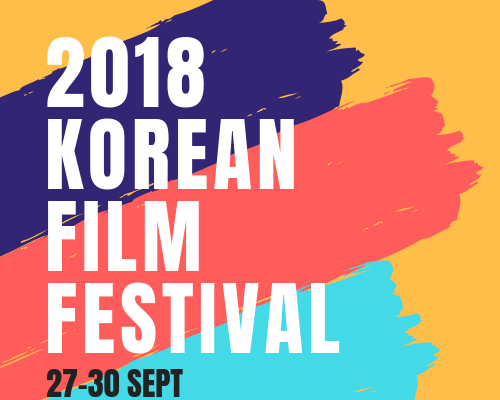 Composed of an amazing lineup of five iconic films, this year’s Korean Film Festival in Malaysia is keen to light up the Golden Screen Cinemas -Mid Valley by the end of September.

After a successful run last year, the Korean Film Festival, arranged by the Embassy of the Republic of Korea, will be bringing the diverse flavours of Korean cinema to Malaysian audiences from September 27-30 at the Golden Screen Cinemas-Mid Valley, Malaysia.

It will be the first time that the screenings will be held in Malaysia’s first LED cinema screen to showcase and promote Korea’s creative content via the cutting edge technology of the Samsung Onyx Cinema LED screen. It goals to provide the best cinematic experience to the festival’s patrons. 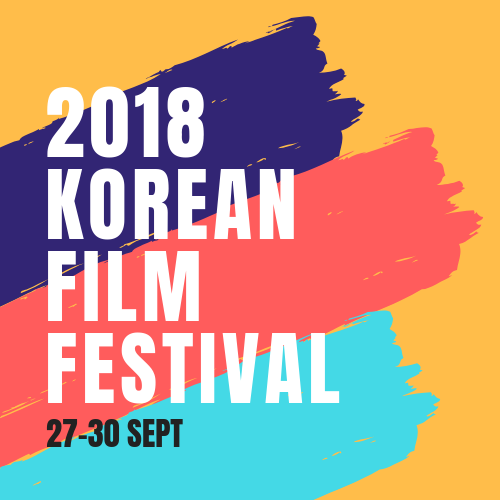 To celebrate 2018’s momentous events, like the successful staging of the PyeongChang Winter Olympics and the debut of the joint North and South Korean women’s ice hockey team, a very relevant and well-curated roster will aim to excite each and every person who will attend the Korean Film Festival.

The stellar list includes Run-Off, which depicts the formation of the South Korean women’s national ice hockey team and Dong Ju – The Portrait of a Poet, which gives a glimpse into the Korean independence movement by charting the life of poet Yun Dong Ju during the Japanese occupation. 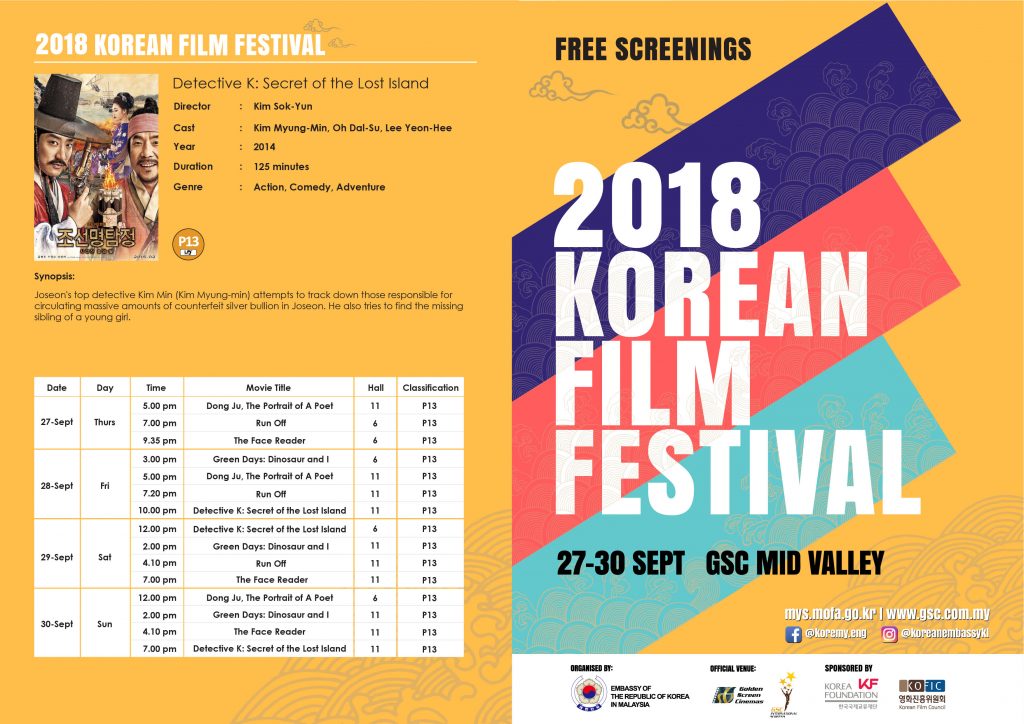 Shedding a spotlight into Korean animation, the lineup also includes Green Days: Dinosaur and I, which was nominated at the 2011 Annecy International Film Festival, one of the four international animated film festivals. The movie illustrates a coming-of-age story about a Korean high school girl in the 1970s. Delving into Korea’s amazing history, the list also includes Detective K: Secret of the Lost Island, a Korean action-comedy film that brings the audience on a fun adventure to crack down the counterfeit silver bullion in the Joseon era. 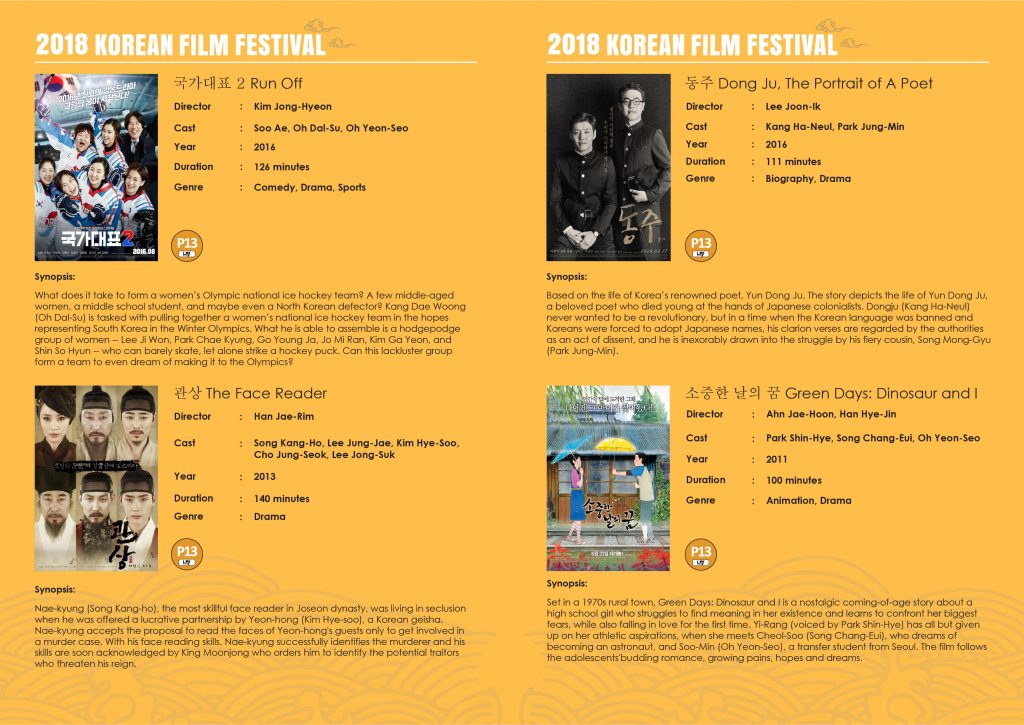 Lastly, portraying the introduction of the ancient art of physiognomy through a stellar line up featuring Lee Jung Jae, Kim Hye Soo, Song Kang Ho, Lee Jong Suk and Cho Jung Seok, The Face Reader will be screened for everyone to enjoy.

All film screenings are free and open to public from September 27 to September 30 in the Golden Screen Cinemas-Mid Valley. To redeem the free tickets, present a printout or a screenshot on mobile device of this article and get TWO complimentary tickets from the ticketing counters of the GSC Mid Valley. Redemption starts from September 20 onwards and will be on a first-come-first-serve basis while tickets last.

You can see full movie details as well as the film schedule of the festival on Facebook or on the official website of Golden Screen Cinemas. Look out for more K-Film updates on our Twitter!