Lee Kwang Soo reveals whom he thinks is the strongest in Running Man: Kim Jong Kook 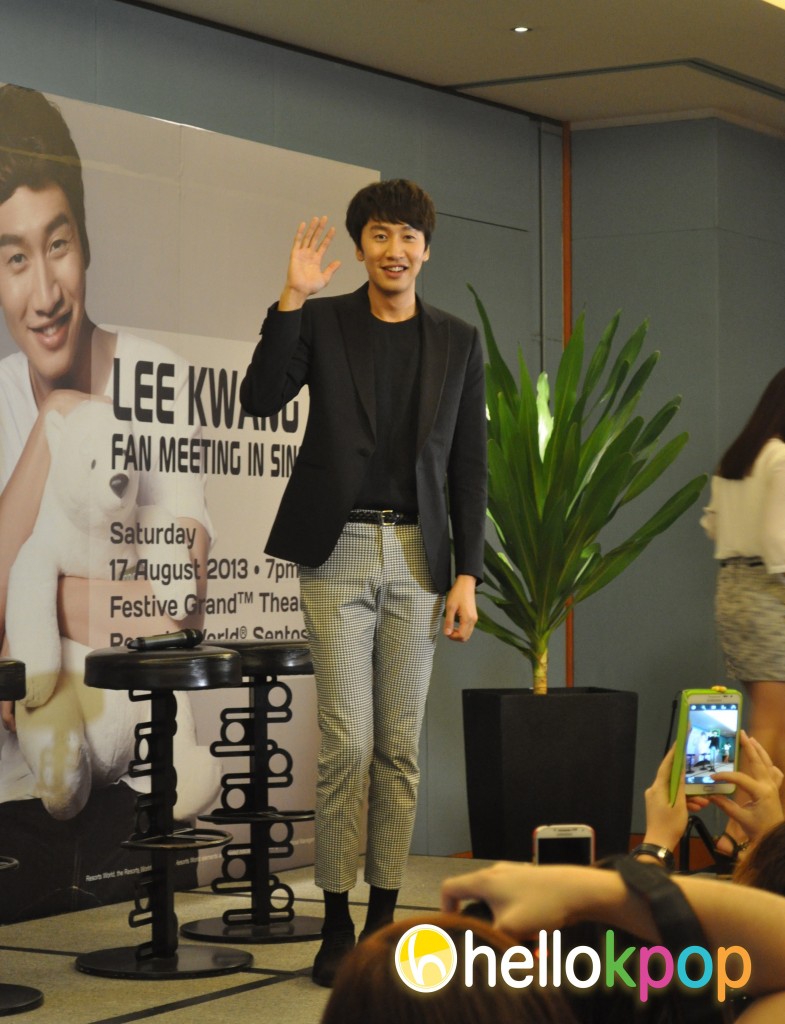 Lee Kwang Soo, also known to Running Man fans as the Betrayal Giraffe, touched down in Singapore last evening in preparation to meet his fans in Singapore for his very first fan meeting. He mentioned he had tried much delicious food and took a look around the Resort World Sentosa, which is also home to famed theme park, Universal Studios Singapore.

Looking good and tall in a black blazer and checkered pants, the multi-talented artiste was asked what he did to reach his height when he was young. He shared that he loved milk and basketball. Despite how other Running Man members may laugh at him for his looks in the show, he sported good skin during the press conference, which he modestly attributed to the use of makeup.

He is currently filming an upcoming drama, Goddess of Fire, and mentioned that he was unsure if he would be able to join for the Running Man appearance in Malaysia during this September as he will be busy for filming in the next few months till October 2013.

The modest star shared that he would like to try out different roles and a variety of characters if possible. He would always try to have fun during filming at every episode possible. He admitted that he is very shy with people and more serious off-screen, but he thanks all his Running Man members for being bubbly and active, and that allowed him to be a bit more outward.

He commented on getting more viewership ratings for Running Man since it became such an international hit show and on how the members try not to let the ratings affect them but rather to do the best job expected out of each of them and have fun.

One of his greatest pride is when he was the solo winner in the episode ‘Kingdom of Animals’, where he was one of the last survivors who pitted against Kim Jong Kook.

When asked to rank his Running Man cast members in the position from the weakest to the strongest, he ranked it like this and stressed that it was his very own thoughts – Ji Suk Jin, being the weakest, then HaHa, Gary, Yoo Jae Suk, Song Ji Hyo, he himself would be the second and Kim Jong Kook would be the first.

The shy 28-year-old smiled and answered, “Jong Kook is very sensitive to such articles and he would be glad if he knew I mentioned him the strongest among all the members.”

To end off the press conference, Lee performed a little of his signature robotic dance, which left the press and fans in laughter.

For more coverage on his fan meeting held on 17 August, stay with us as we bring you more of Lee Kwang Soo’s very first solo act in Singapore! 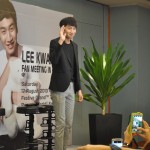 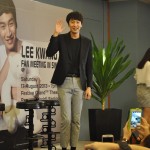 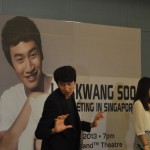 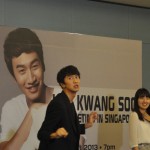 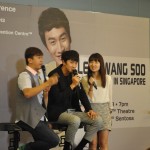 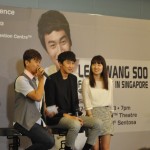 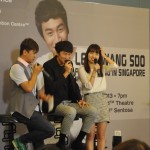 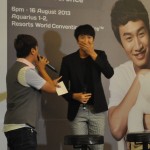 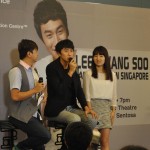 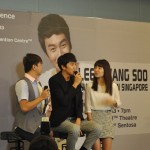 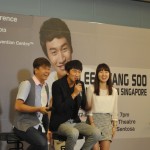