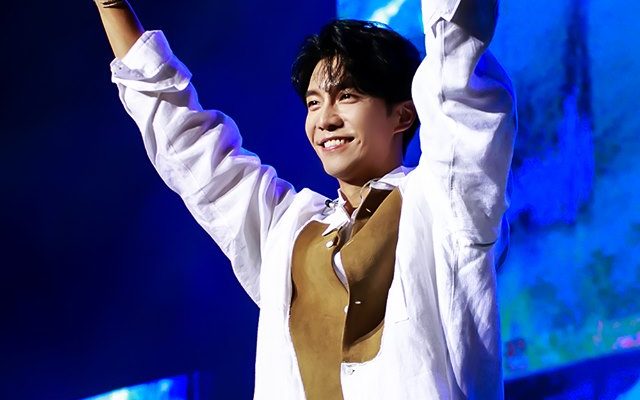 Lee Seung Gi is in a class all on his own which he proved during the launch of his Vagabond Voyage tour.

On October 11, Lee arrived in the Philippines for the kickoff of his Vagabond Voyage fan meeting tour. Slated for the following day, fans were delighted to finally see the actor in the flesh. Because Lee is known as the “Triple Threat Entertainer”, fans had high expectations that Lee would have various stages prepared for the evening. 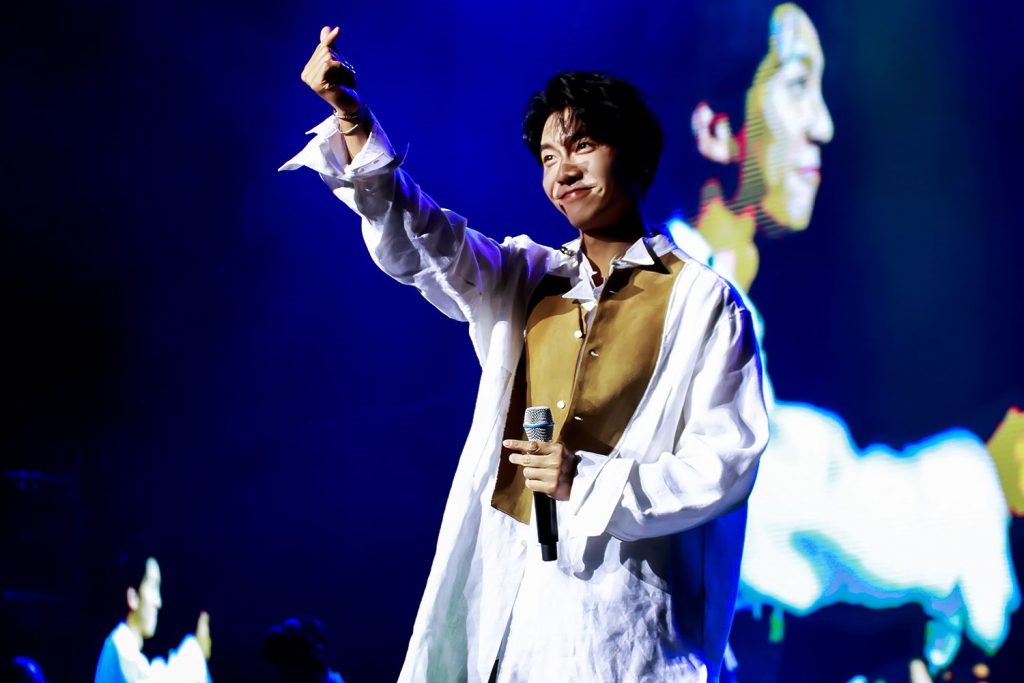 All the fans inside the theater rose to their feet and roared with delight the moment Lee emerged. The atmosphere of the first stage was reminiscent of a Disney movie, with Lee portraying the prince himself.

Lee opened the evening by serenading his Philippine Airens with his hit song, “Because You’re My Woman”. It was amazing as fans could be observed singing along to the lyrics, even if it’s in another language.

The star power of the Hwayugi actor made him larger than life. His presence was actually electrifying and it’s easy to get swept away with the excitement. Lee was a great performer, he brought out his emotions with the melody of the famous song.

Once the crowd settled down, the host for the evening, Sam Oh, walked out on stage with Lee’s interpreter. She voiced out the excitement the fans feel, seeing how talented Lee is. 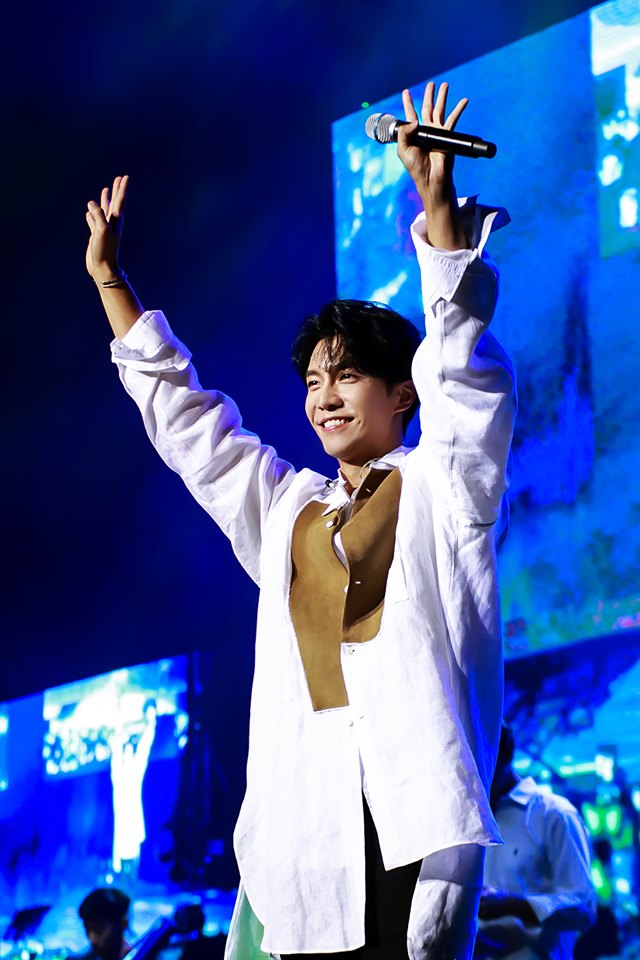 Afterwards, she began the first stage, Big Data. She gave Lee three key words; “fan meeting”, “Ppero” and “awards”. He talked about each of these words in detail to give fans an idea of what he has been up to.

For “fan meeting”, Lee talked about the series of fan meetings he is scheduled to do in different countries. The singer mentioned that his favorite part of the events would be to sing for his fans. He also loved interacting with his fans, but he said that his Airens in Manila were the best. Additionally, he said he was surprised because of the fervor that he saw from the fans.

The next word “Ppero” is his adorable dog. Since his birthday falls on Pepero Day in Korea, Lee plans to take his pet to a dog cafe. And lastly, the fans congratulated Lee for the award he got for Master in the House. He said that although he wasn’t able to rest after his military discharge, the silver lining is that he got right back to where he belongs. He’s also grateful that he has a lot of projects that he can gift his fans.

The humility in the actor shone through when he said that he doesn’t put a lot of sentiment into awards. However, if there would be an award for “Most Diligent”, that’s the kind of award he would want. 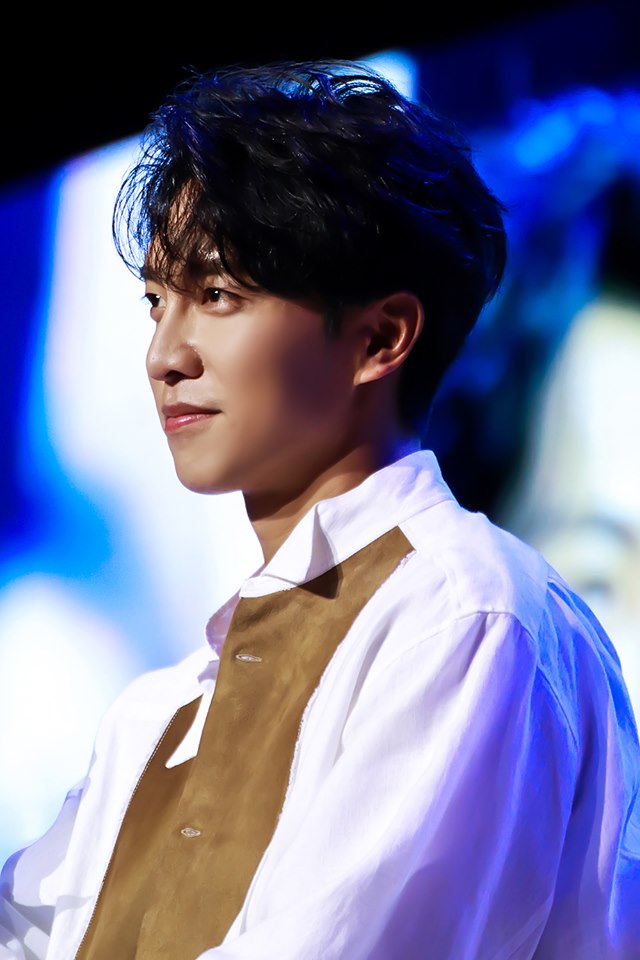 Currently, Lee stars in several variety shows in addition to the dramas he is in. He won his award for his participation in Master in the House. In the show, the actor shows off his talents and his easygoing nature.

His playful antics make fans tune in every week. In addition to that, it just seems that he is naturally good at everything he does. To this, the crowd roared in agreement. Lee praised his coworkers in the show, saying that they’re fun to work with.

Subsequently, Lee, who is also part of the brand new variety show, Little Forest shared stories about it. This show captured the attention of viewers because of its unique and healing concept.

Hilariously, Lee was honest enough to reveal his true feelings. Although working with kids gave him and the other members a lot of joy, he realized something. He admitted that he didn’t want to work with kids again. But the experience must have left a positive impact on the children, because they sent their heartfelt greetings to their Uncle Seung Gi. 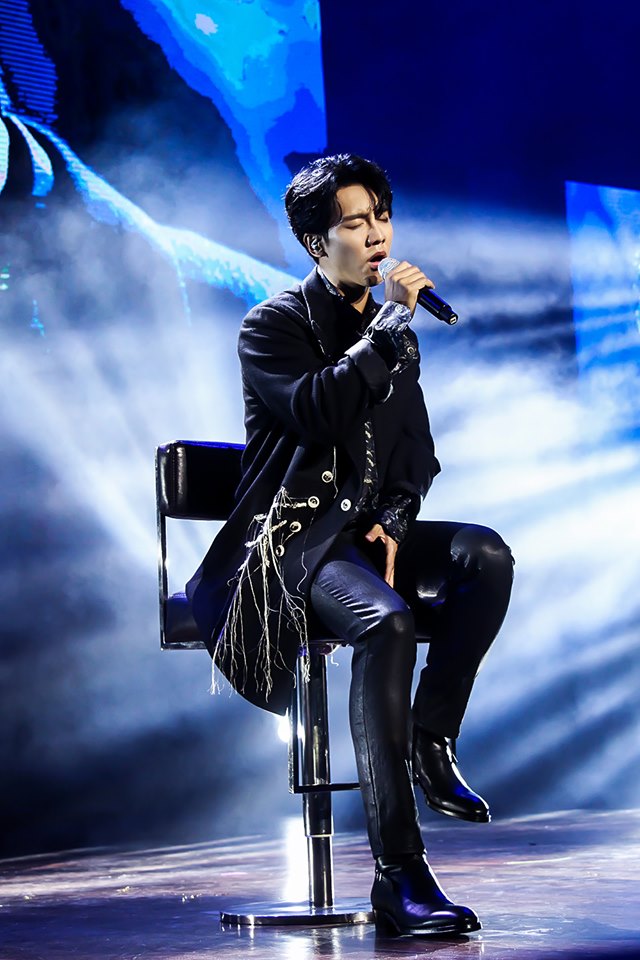 Perhaps one of 2019’s most anticipated dramas, Vagabond continues to exceed expectations each week. Lee can be credited for a huge part in the success of the drama because of all the hard work he put in physically for his role. He said that the show impressed him as well and he felt proud. Additionally he promised the fans that the show will actually get better as it progresses.

Despite the grueling scenes, Lee said he thankfully didn’t sustain any major injuries while filming. He talked more about the highlights of the drama so far. Even though some scenes only take 12-13 minutes on air, Lee revealed that they took much longer to film. The scene where he chases the terrorist for example, took them two weeks to film.

The talented actor also did a lot of improvisations and ad-libbing on set. He admitted that most of his stuntman audition were his idea. And lastly, he talked about his reunion with his Gu Family Book co-star, Bae Suzy. Because it has already been six years since their last project, they both matured a lot. He said they were able to use their experiences in the Vagabond filming. 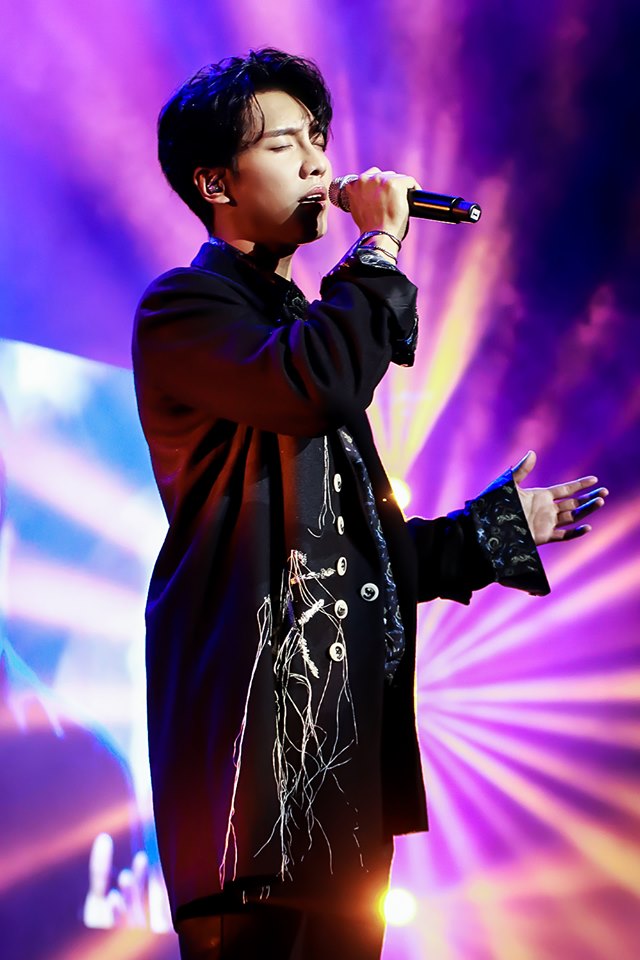 The second part of the fan meeting was hilarious and fun. Lee’s playful nature emerged as he struggled to prepare a bento box for one of his lucky fans. While he prepared the food, it was evident that he was very meticulous and a stickler for detail. He carefully and thoughtfully prepared the kimbap. Thankfully, the fan appreciated the delicious and unique kimbap made for her.

The second game actually required the participation of all the fans. Nine lucky members were chosen to play various games with Seung Gi. Again, fans were delighted because his competitiveness was evident while he played. He was very diligent in participating in games like sipa, jump rope, charades and the newspaper dance. The lucky winners won a chance for their team to get a photo with the Vagabond star. 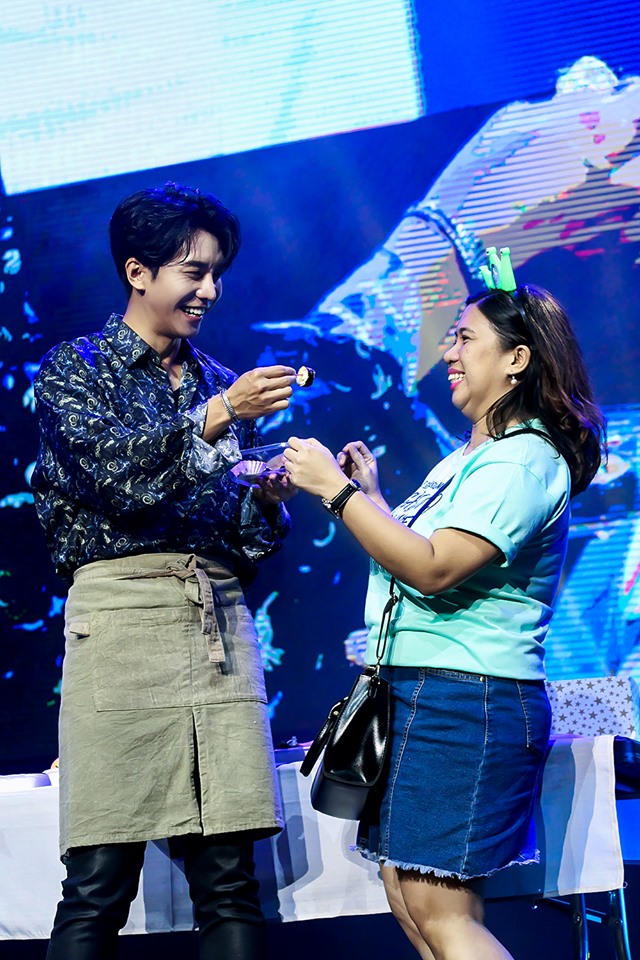 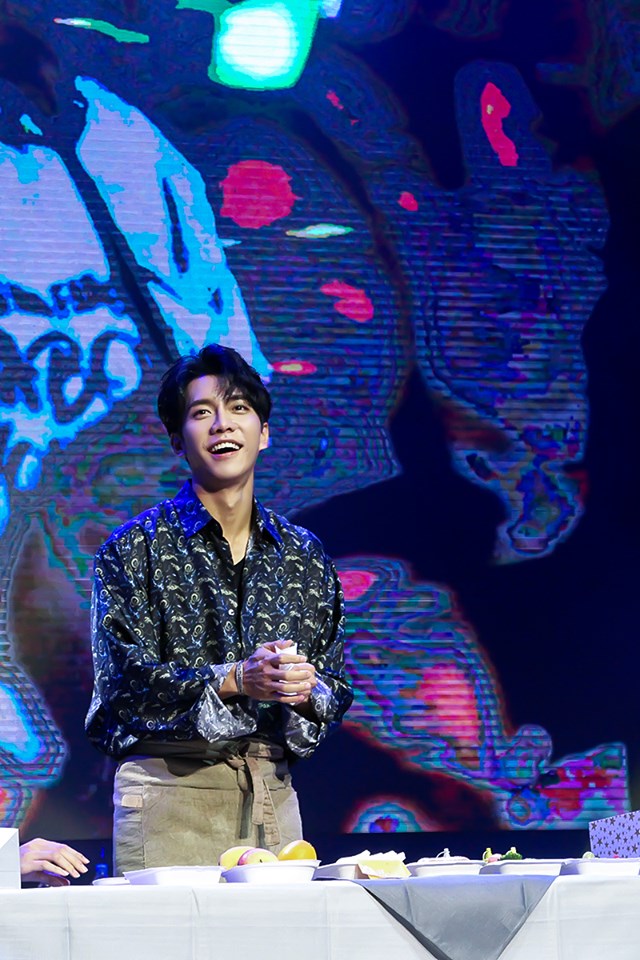 The End is The Start of Another Beginning

Of course, what’s better way to cap off the evening than to have several explosive stages with Lee. He had everyone in the theater dancing to his hits “Smile Boy” and “Let’s Go On A Vacation”. Lee showed 100% energy as he danced around the stage. Driven by the warmth of his fans, he capped off the evening to an exhilarating conclusion.

For many of the Philippine Airens, this fan meeting was a dream that came true after 9 years. One thing about being a fan is the satisfaction in seeing the star you loved for many years. Not only that, when you see him/her do well, you feel accomplished. The love you have for your idol keeps them motivated.

One example of this is Lee Seung Gi. He is where he is right now because the love of his Airens spurs him on. His fans inspire him to do better, to work harder, to constantly elevate his acting. And he loves his fans right back. So whether it’s three years, or another nine years for now, the Airens will be waiting for Lee to return to Manila. 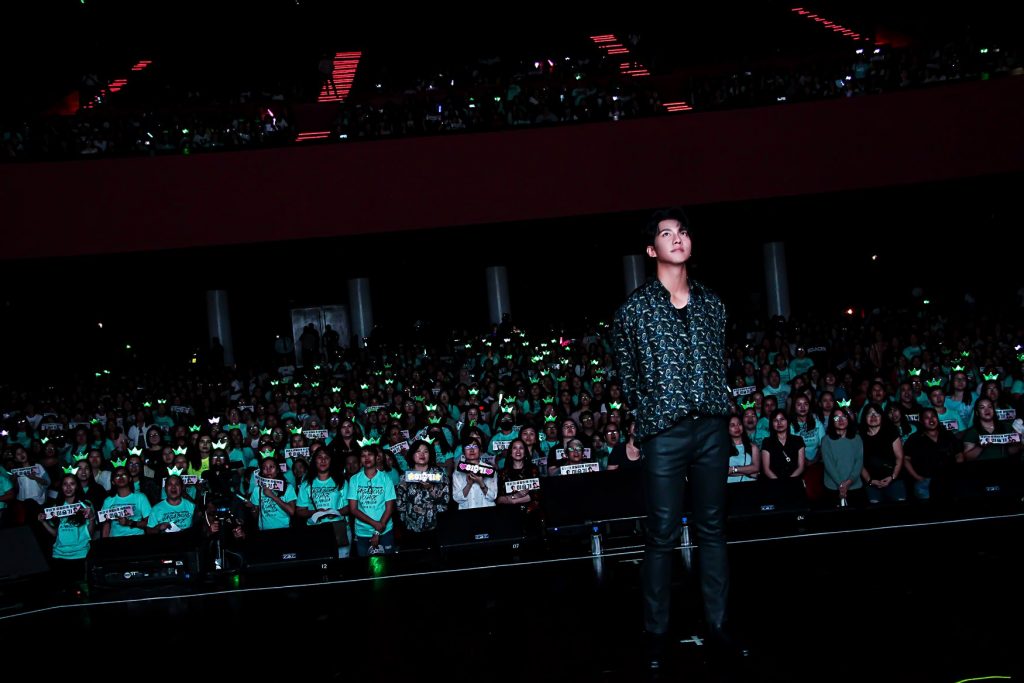 Hellokpop thanks CDM Entertainment for the media invite to the event.

The Vagabond Voyage in Manila was covered by Nicole Caluag.