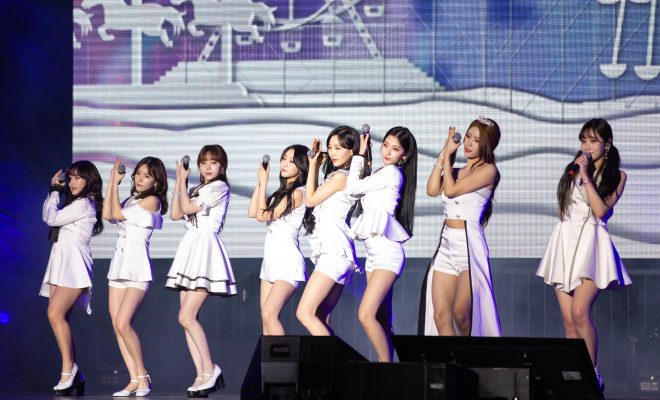 Lovelyz Melt The Hearts Of Lovelinus In Singapore

On sunday, March 17, Singapore fans experienced winter for the first time through Lovelyz 3 Of Winterland concert at [email protected] 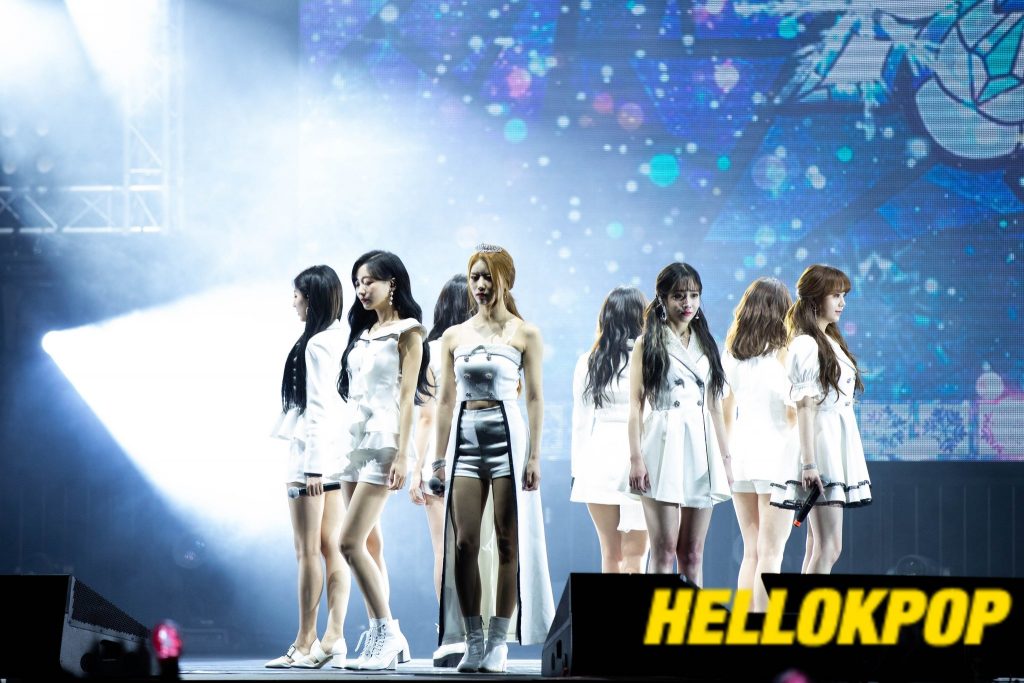 The weather was warm on that day but as the drapes came falling, the eight lovely girls appear in their all-white costumes, completely transforming to angels for that magical night.

As soon as the girls dropped their first song “Lost And Found”, the crowd filled the place with cheers like they finally found the most precious thing they all have been looking for.

After they ended their first song, Lovelyz greeted their fans in English. With their effort to communicate the best they can, it won the hearts of the audience.

Before moving on to the next song “BeBe”, the girls asked for some favor from their fans. First, “If you know the song, sing a long. We need to hear you voice.” Second, “We need your support, big smiles, as well as, your loud voices. Please cheer us up and give us energy for two hours.” In unison, the concert-goers approve to their requests.  Furthermore, the group continued to woo the crowd with the honey sound of  “Joyland”. 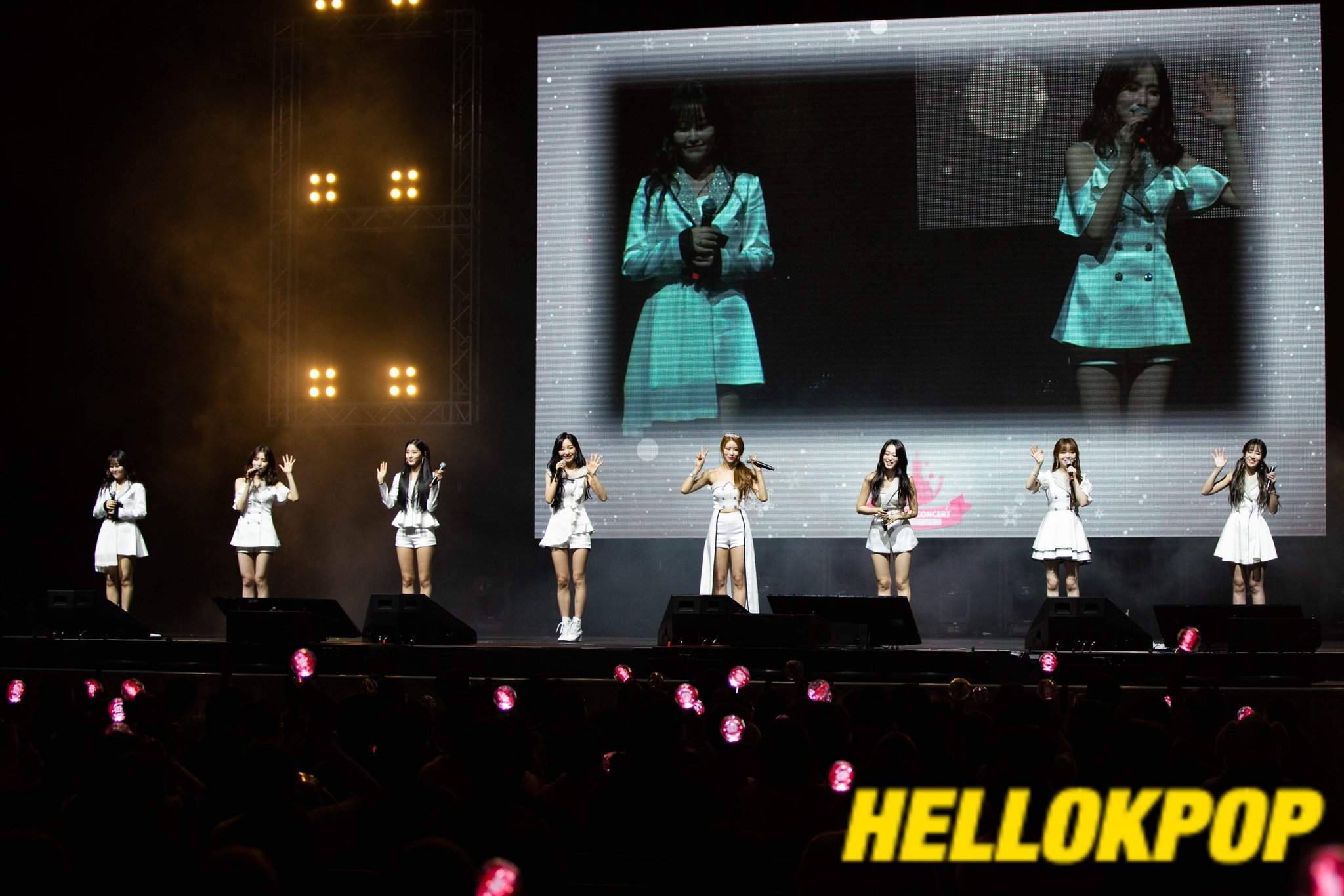 The crowd was even more spellbound as the girls charmed them with their melodious harmony seranading them with “Wag-zak”, “Rewind” and “First Snow”. Onsite Lovelinus even participated in singing the end  part of their last song.

Lovelyz intoxicated their avid supporters with more livelier songs on their next stage starting off with “Cameo”.  Proving that they are more than just sweet voices, they excitedly performed “WoW”, “Like U”, “Emotion” and “Dear You” as they show their mesmerizing choreography.

As the concert deepens, the octet delighted more of their fans with “Destiny” and “Daydream” before changing the mood to a dreamy night with “Shooting Star” and “Falling”.

Coming back for more, they powered crowd favorite songs “Ah-Choo”, “Hi”, “That Day” and finally ending with “Now, we”.

The two hours of performance seemed too short for concert-goers as they ask for more shouting a deafening encore from the girls. Soon, Lovelyz came back on stage with “Twinkle”, which was enough to satisfy the crowd. They finally ended the night with “Goodnight Like Yesterday” — which touched everyone’s heart.

Interactions With Lovelinus and ASMR That Tickled The Hearts of Their Fans.

Lovelyz may be having a hard time speaking in English, but the fact that they were trying their best made them more cute, and even won the hearts of Lovelinus.

In between their sets, Lovelyz showed a funny ASMR video where the girls tried to cook kimbap and army stew while keeping a noise-level of below 70 decibels. There were many failed attempts and each time they made a sound, the girls will be penalized to wear funny costumes and make-ups. As Baby Soul said, “I’m satisfied with my outfit and appearance as long as Lovelinus enjoy the video. I can wear more ugly and funny make up if Lovelinus loves us too.”

The Heartwarming Ending ment, #Kei-day, And The Touching Fan Project That Brought Lovelyz Into Tears.

Lovelyz were welling in tears as they say their last goodbye to their fans. Yein started off and said,”I will not forget today, I’m happy to be here in Singapore and meet Singapore fans.”

Meanwhile Kei said a lengthy yet touching message. She said, “Although we can’t communicate properly because of the language, today I’m here because we communicated with our eyes and our hearts. Thank you so much for looking at us with your beautiful eyes. We came to give you energy but I feel that I’ve gotten the energy all from you so I wanted to thank you all so much with all the energy that you’ve given. I will give you 2x or 3x more. Shower in warm water and just before you sleep tonight just think about Lovelyz one more time. See you in your dreams.

As Kei, finished her message, she received a surprise from the fans greeting her with a birthday song and cake.

After all the ladies finished their ending message, they all turn their back and watch a short video presented by Singapore Lovelinus.

With it, all the girls were overwhelmed and brought to tears especially Mijoo who can hardly sing in their final song.

It was indeed a memorable night for both Lovelyz and Lovelinus. 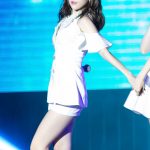 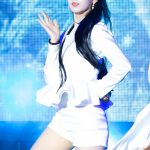 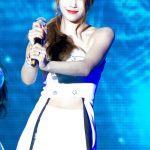 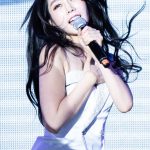 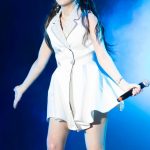 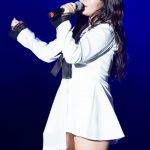 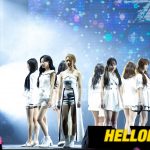 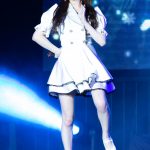 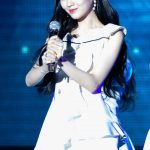 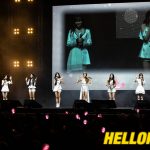 FacebookTwitter
SubscribeGoogleWhatsappPinterestDiggRedditStumbleuponVkWeiboPocketTumblrMailMeneameOdnoklassniki
Related ItemsLovelyzLovelyz Concert in Singapore - Lovelyz 3 of Winter WorldLovelyz in Singapore
← Previous Story HallyuPopFest 2019: TREI To Take Over The Singapore Stage In May
Next Story → The Park Bo Gum Dramas That Set The Magic Right Before His Manila Fan Meet In June