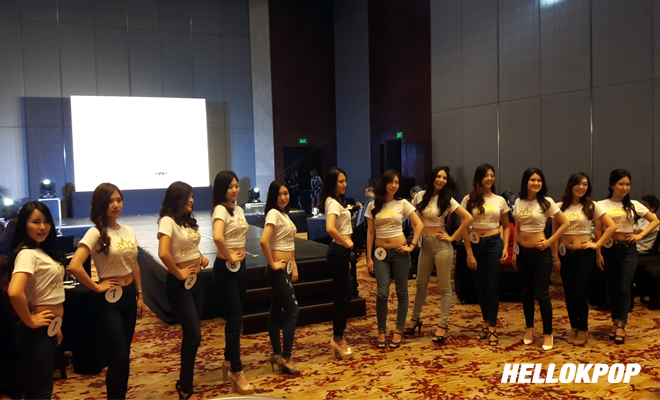 Showcasing charms and candors, 12 beautiful candidates competing for the ‘2017 Miss Korea Regional Preliminaries Philippines’ prove that they have what it takes to be the next Miss Korea.

A preview of the 12 candidates for the 2017 Miss Korea Regional Preliminaries Philippines was held on May 23 at the Grand Ballroom City Of Dreams Manila. Exuding with confidence, the 12 ladies took the center stage and interacted briefly with the media.

The questions from the press ranged from the influence of Hallyu in the country to one’s own definition of beauty. 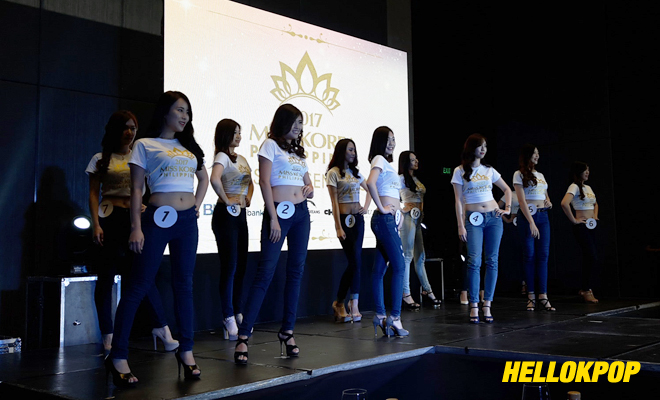 Candidate #2 Cho Wonhee, an applied economic student from De La Salle University, emphasized that both Philippines and South Korea have indeed established a strong valuable relationship over the years. This is due to the surge of popularity of Korean pop culture in the country, with locals embracing the influence brought by K-Dramas and K-Pop music in general. In return, the country boasts of picturesque tourist spots that continue to captivate tourists and commands worldwide attention due to its pristine beauty.

When asked who their favorite K-Pop star is, candidate #8 Oh Danbi, a music student at the University Of The Philippines, unabashedly mentioned BTS.

Candidate #5 Lee Hanna, who is taking up Foreign Service at the Lyceum of the Philippines University, fondly recalled her family as she hails all the way from Geoje Island, the second biggest island in Korea. She has been living in the Philippines for almost 8 years now. She thought that Korean actor Gong Yoo is very handsome.

What are the challenges these Korean beauties faced when they live in the Philippines?

For starters in the country, language barrier was obviously the top challenge. 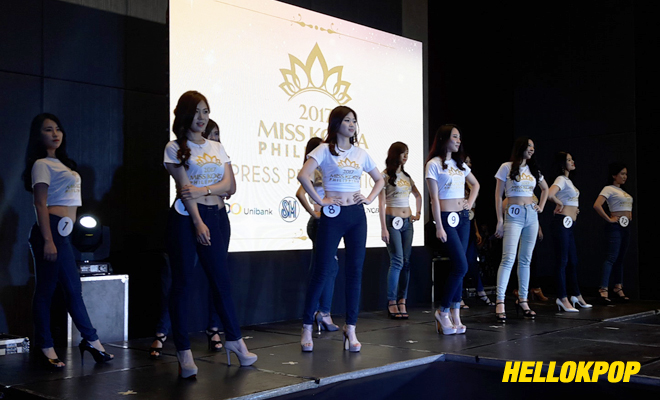 To prepare for the pageant, candidate #11 Park Seohyun, who is currently studying at Busan Woman’s College, has the need to visit the country in order to learn the culture better.

When asked about the favorite Filipino dishes, Candidate #12 Oh Hanna, a student from University Of Asia And The Pacific taking up business administration, likes Sinigang, Adobo and Pancit Canton.

The standards of beauty is not solely based on outward appearances but inner beauty that will effortlessly bring out the best in oneself, as agreed by both candidate #4 Hong Hansun, a student from University Of The Asia And The Pacific, and candidate #7 Cho Aran, who is an interior designer.

To what specific traits Filipinos can learn from Koreans?

Candidate #2 Cho Wonhee and candidate #12 Oh Hanna believes that perseverance and high regard for the elderly or people in authority are among the traits that Filipinos should learn more from Koreans.

To cap off the Q&A segment, candidate #10 Choi Jongyoun, a translator, chose former Miss Universe Pia Wurtzbach as her role model, when asked who they look up to.

The coronation night will happen on May 30 at Chaos City Of Dreams Manila. The winning representative for the preliminaries will take part in the upcoming Miss Korea Grand Finals, which is to be held in South Korea.

Hellokpop, as an independent Korean entertainment news website (without influence from any agency or corporation), we need your support! If you have enjoyed our work, consider to support us with a one-time or recurring donation from as low as US$5 to keep our site going! Donate securely below via Stripe, Paypal, Apple Pay or Google Wallet.
122
SHARES
FacebookTwitter
SubscribeGoogleWhatsappPinterestDiggRedditStumbleuponVkWeiboPocketTumblrMailMeneameOdnoklassniki
Related Items2017 miss korea regional preliminariesHankook Ilbo (The Korea Times)Miss KoreaMiss Korea PhilippinesShowBT Philippines
← Previous Story ‘Mrs. B, A North Korean Woman’ Director Talks About The Hardships During Filming And The North-South Conflict
Next Story → “Moving Korea 2017” Showcases Latest Interactive Media Art That You Can’t Believe Your Eyes