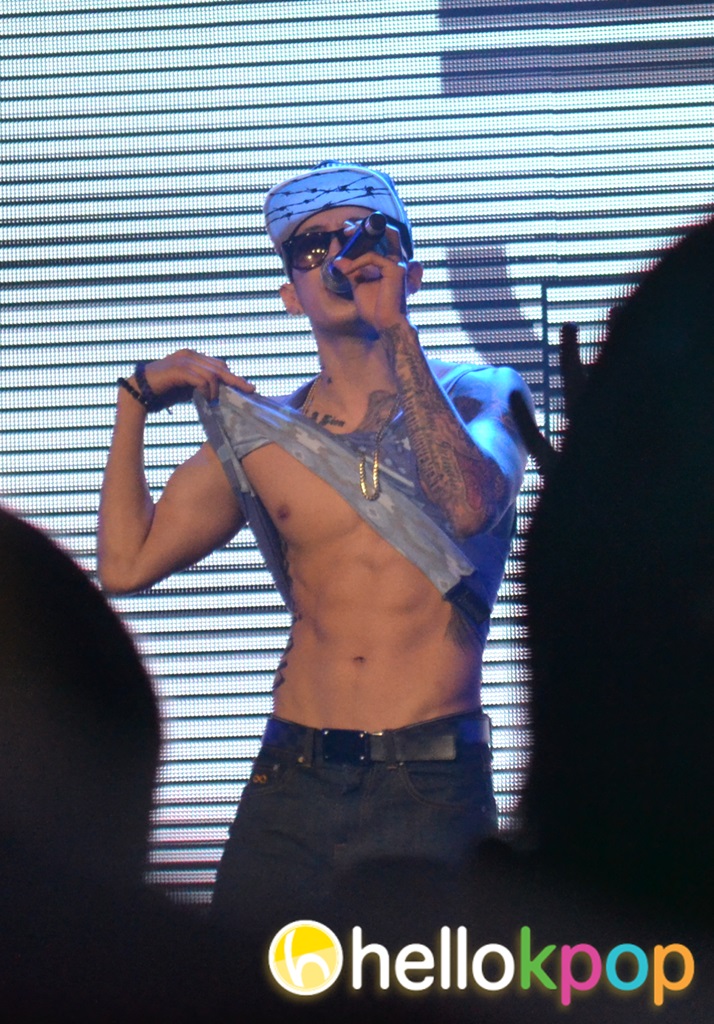 Mizz Nina staged ‘Around The World’ with Jay Park

By Sharon | May 22, 2013
FacebookTwitter
SubscribeGoogleWhatsappPinterestDiggRedditStumbleuponVkWeiboPocketTumblrMailMeneameOdnoklassniki 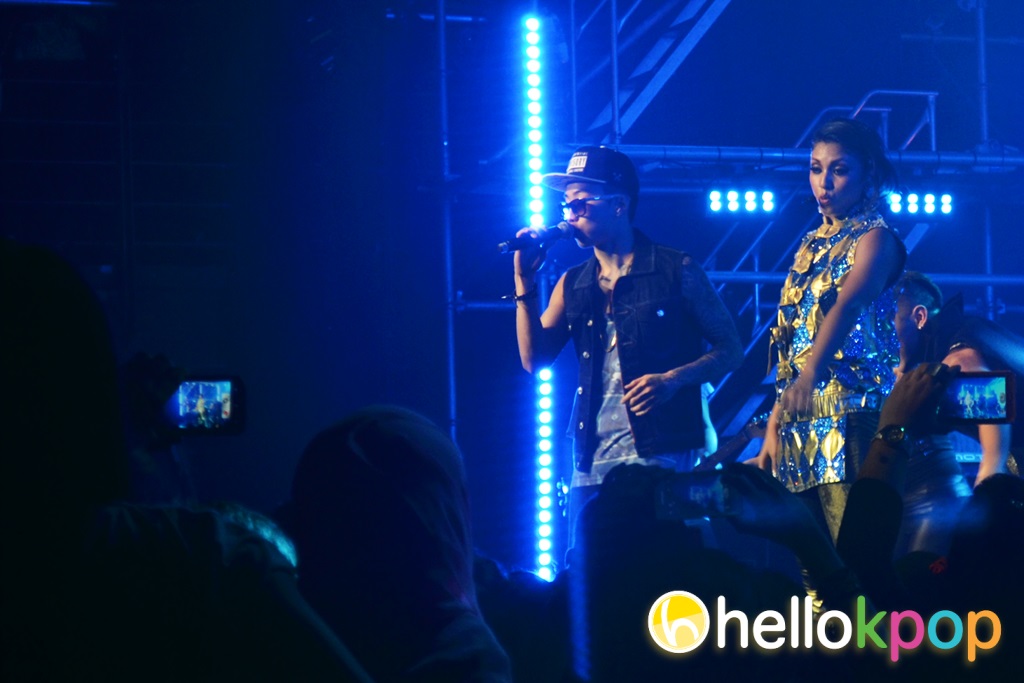 On 18 May, Malaysian global pop artist, Mizz Nina, staged her first ever major concert with an unique theme entitled, Around The World. For this explosive concert, K-pop star Jay Park flew in to Kuala Lumpur as special guest to perform alongside for their previous collaborative track, Around The World, which has garnered massive thumb ups by fans; both Mizz Nina and Jay Park’s alike.

For a more grandeur show, Mizz Nina’s former hip- hop group Tek Tarik Crew, her husband Noh Salleh, and Hidayati Yusop from Ahli Fiqir were also invited to the stage, formulating a winning list of artistes’ appearances to the delight of the concert-goers.

Eagerly, Mizz Nina started her 90-minute concert first with a series of English songs such as Just Do It, Hit Me Up, Away With You, What You Waiting For and Take Over. She took mesmerizing control of the fans with her distinct vocal, along with skillful dancers, and had the fans chanting along as she performed passionately on that one spotlight. With many changes of eye-catching stage outfits, Mizz Nina had certainly won well-deserved praises from fans for her utmost efforts to make this concert a special one.

Prior to the opening of the segment of Malay songs, Mizz Nina thanked sincerely to all fans as she was surprised to see many fans coming for her first major concert, and not forgetting her respectful parents who were watching her from the second floor of the venue, supporting their gorgeous daughter. 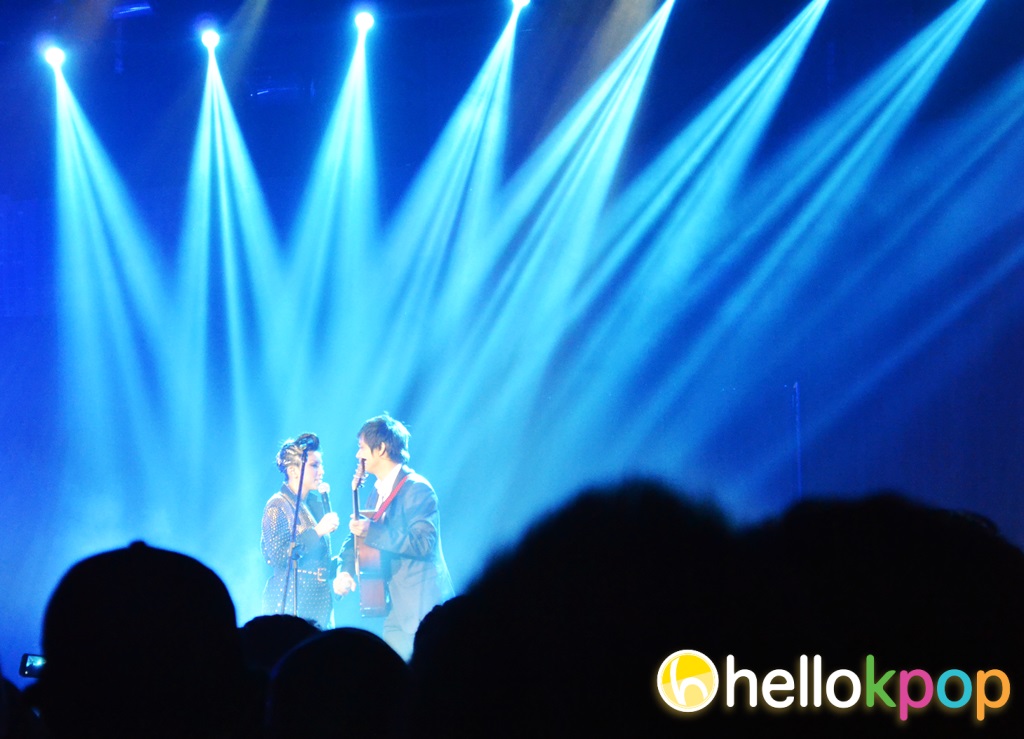 After expressing her gratitude to everyone, she then took the stage with her husband, Noh Salleh of band, Hujan, with a sweet and warming song titled, Kurnia, accompanied with guitar playing by her husband. With blue soft lights illuminating upon them, the whole venue instantly turned into a romantic scene where love was presented among the artists. Fans were absorbed into the sweet surreal scenic as the couple performed a duet, creating unforgettable around-the-world moments.

Before everyone started to forget Jay Park’s presence, the atmosphere was then brought to another level when the song Around The World came on. Fans started screaming as they knew that it was finally their K-pop prince’s turn to spin their world.

Jay Park made his first special appearance of the night with Mizz Nina for the hit collaborative track, Around The World. Both artists heated up the stage dynamically as they also grabbed the chance to showcase their unique dance choreography for the first time on stage together with more than ten dancers. Fans were all pumped up because they knew they were now the only first few fans ever to witness the two performing together on the same stage live.

Right after, Jay Park continued to take over the stage with his recent release, Joah, melting fans’ hearts, especially with lyrics ”You know that i love you, I’ll always be with you baby”. He then later turned up the party mood with an upbeat track, Nothing On You by B.o.B. Jay Park continued to heat up the stage with his final and last track for the night, an English version of Girlfriend. Fans could hardly restrain themselves as Jay Park displayed one of his most highly well-known creative skills, b-boying, and wowed everyone with energetic and smooth moves.

After Jay Park’s solo performance, Mizz Nina reappeared back on stage, dressed in dazzling outfit for another few more songs before wrapping up the concert.

It was one of such unforgettable nights that fans can always remember fondly in which they were finally being taken Around The World by Mizz Nina and Jay Park together. The experience was out of this world, fulfilled. 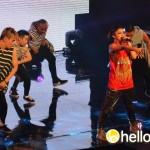 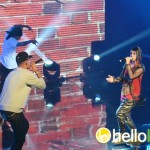 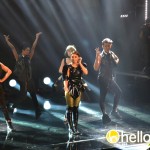 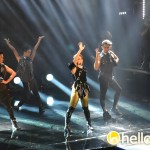 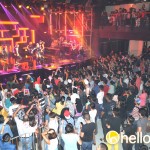 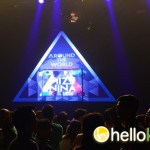 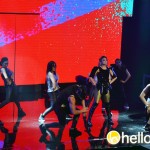 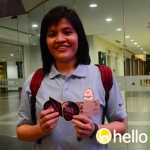 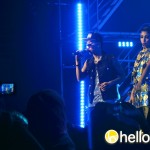 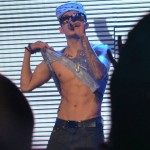 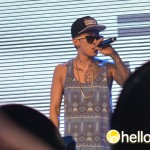 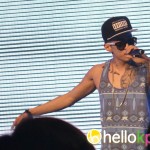 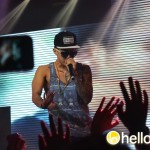 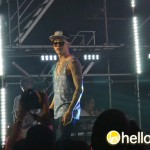 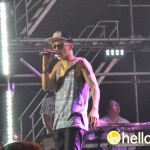 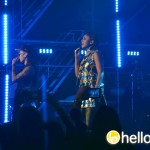 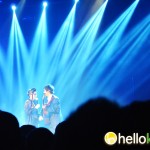 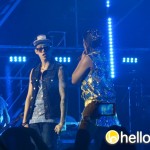 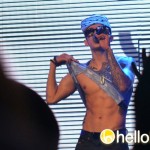 Hellokpop: We express our congratulations to Mizz Nina for having successfully held her first ever major concert, and special thanks to YZ International for the media invite.