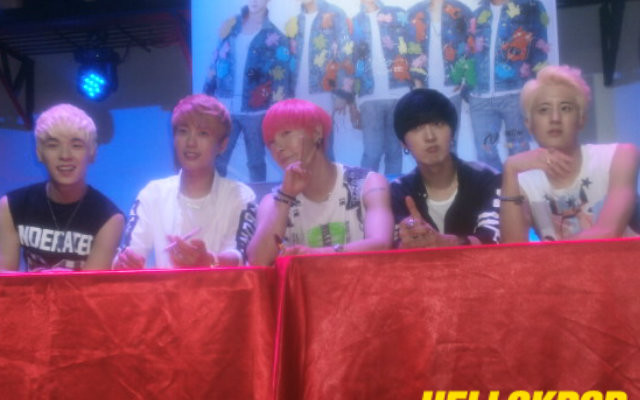 NOM wishes to collaborate with 2NE1 & A Pink

It may not be the group’s first time in the Philippines, but the boys of NOM never fail to bring happiness to their Filipino fans.

NOM is a rookie boy group under JM Star Entertainment. The group consists of five members namely A-In who is the leader, Hu, the rapper and maknae of the group, Yohan who is charge of the vocal, Yongki the lead dancer and K who is also the vocalist of the group.

On June 12, the rookie boy group held its fan meeting at the K-Pub BBQ restaurant in Bonifacio Global City. The boys had some fun playing and interacting with their fans. They performed their hit songs like Noona You’re Pretty, played games with their fans and answered the questions the fans prepared. Yohan, A-in, Yongki, K and Hu gave their best to give the fans a great show. They also had a fan signing event.

After hours of fun and interaction with the fans, hellokpop had the opportunity to get to know NOM more, by interviewing the group.

hellokpop: What are your favorite songs?

hellokpop: Who do you wish to collaborate with?

hellokpop: The five of you seem close. Was there ever a time when you fought or got angry with each other?

A-In: “We really don’t fight especially with our condition, we don’t fight.”

hellokpop: Which member would you introduce to your sister if you have a sister?

A-In: “Yohan, because he is always smiling, he’s always positive and he can take care of a girl.”

Yongki: “I don’t want to introduce anyone.”

hellokpop: Given the chance, to what time in your past would you like to go back to?

A-In: “I want to go back in middle school times when we have a lot of time to practice.”

hellokpop: What type of super power do you wish to have?

Hu: “I want to have the same power like Eric in X-Men.”

hellokpop: Tell us about your future plans.

A-In: “We are preparing a new song for our third album, our concept is always cute but this time we will show our manly side, the more charismatic side.”

The members also mentioned that they would love to come back to the Philippines and promote their new album. A-in ended with saying “Mahal Kita”, the Tagalog version of “I Love You” to the Filipino fans. 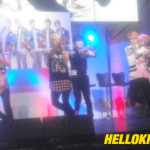 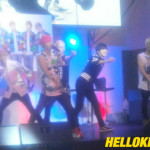 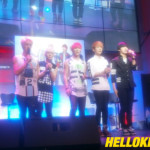 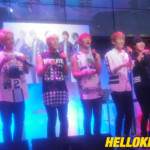 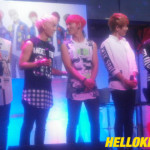 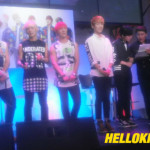 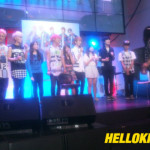 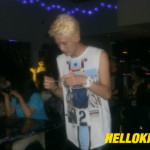 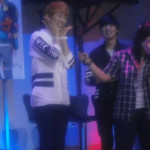 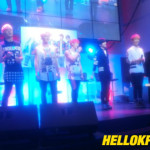 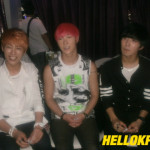 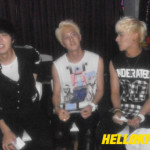 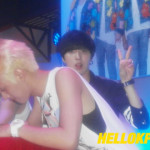 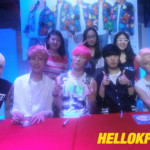 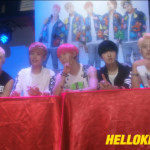 We would like to thank Seo Yeon Hee for translating for us!