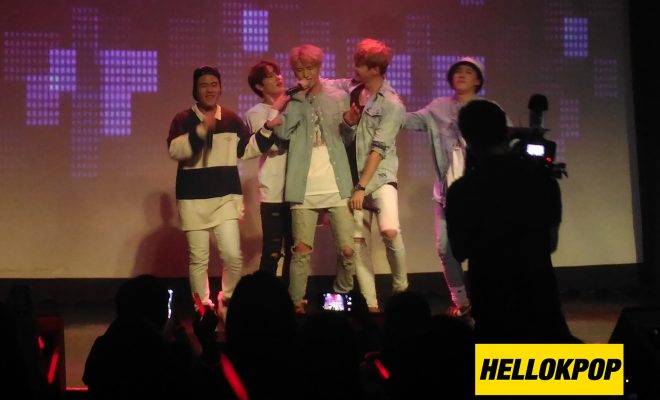 OFFROAD Concluded Month-Long Promotions In The Philippines With Mini Concert

A bittersweet night for OFFROAD and fans.

Korean boy group OFFROAD capped off its month long promotions in the Philippines with ‘OFFROAD: Horizon The First Mini Concert in Manila’ on October 27 at Teatrino Promenade, Greenhills San Juan.

Daewon, Habin, Harang, Kino and Rio delighted fans with their charms and talents in an intimate two-hour long performances, games and interactions.

The audience were greeted with energetic and soul-stirring performances of the group’s debut song, Bebop and Head Banging, a 2013 single composed and written by Zico of Block B.

OFFROAD owned the stage with its cover versions of the hits of fellow K-pop idols such as Fantastic Baby and Sober by BIGBANG, Beautiful Night by BEAST and Love in the Ice by TVXQ. 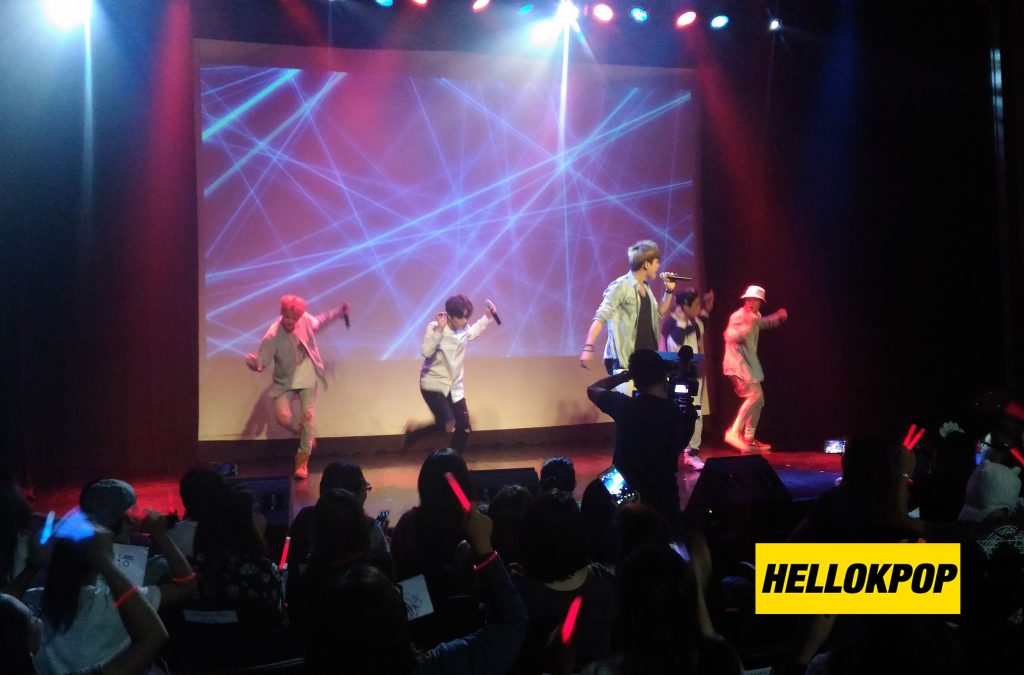 OHNOBRO, the group’s first sub-unit composed of Kino and Rio, left the crowd in awe as they showed off their charisma with Magic Wand.

Next, Daewon, Habin and Harang, also known as OFFROAD-B, serenaded the fans with their beautiful vocals.

After that, the boys took turns for their solo stages. The group’s rapper Kino performed Trash and showered the crowd with energy and water, literally.

Habin and Daewon sang and grooved to the beats of As Long As you Love Me by Justin Bieber and Uptown Funk by Mark Ronson featuring Bruno Mars, respectively.

PH fans became the first witnesses to the unveiling of OFFROAD’s music video for its newest single Cry. The music video was shot entirely in one of Manila’s scenic spots, among them is Luneta. 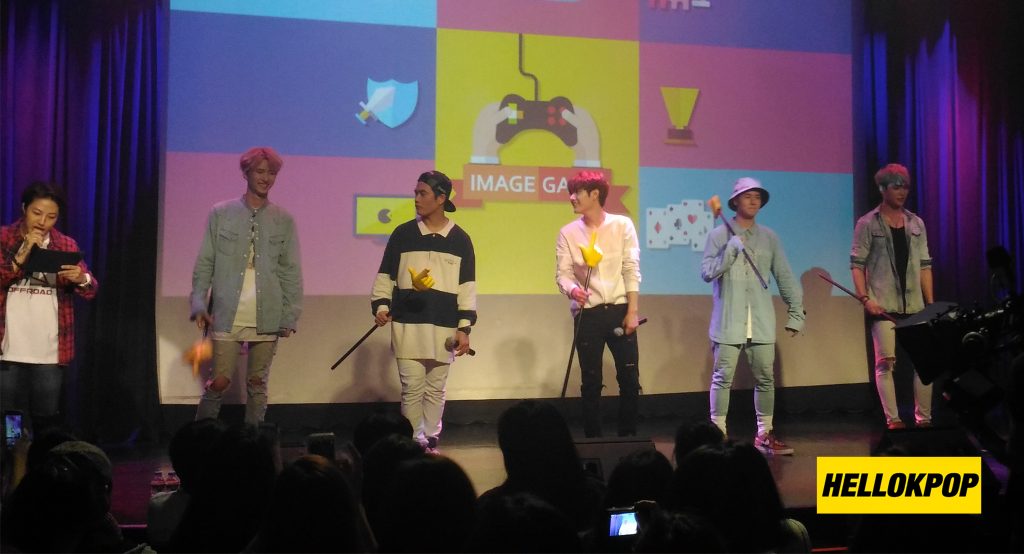 The boys also gave their fans a peek on their personalities and charms through various games such as ‘Image Game’ and ‘Rock, Paper, Scissors.’

During the Image Game, leader Daewon was chosen by his group mates as the one who has the most number of relationships due to his age, kind persona and gentlemanly charm.

The members chose Harang as the one who they thought has the bad boy style. According to Kino, Harang has a nagging temperament among the members. Habin, on the other hand, is the most romantic in the group because of his aegyo, which the audience were lucky to witness firsthand too.

Next, lucky PH fans got the chance to play Rock, Paper, Scissors with Rio. They were also gifted with OFFROAD autographed shirts.

The group’s eagerness to learn the country’s native tongue was evident as they performed Huwag Ka Nang Humirit, an OPM song by Philippine artist James Reid.

Fans’ hearts melted when the boys expressed their thoughts with Filipino romantic lines in between. 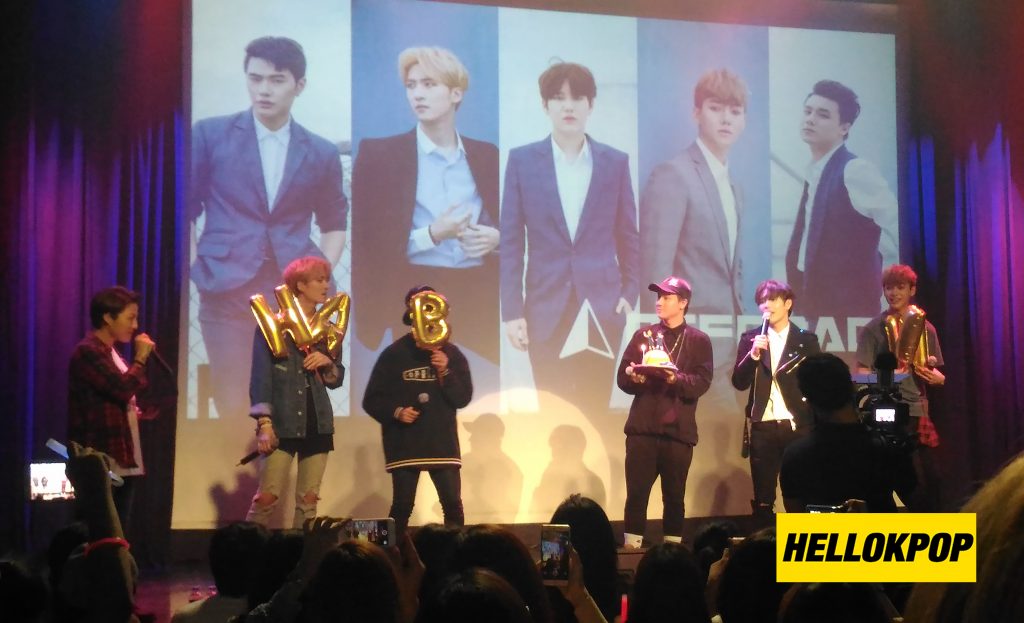 Fans celebrated Habin’s birthday in advance with greetings and cakes.

The audiences did not let the night pass without showing their gratitude for the group’s visit in the country.

Habin, whose birthday falls on November 7, was surprised when the fans presented him with birthday cakes and greetings.

The crowd then sang the Filipino version of Happy Birthday song to celebrate his birthday in advance. OFFROAD Philippines fan club also played a video of fan messages.

The members expressed their gratitude for the overwhelming support in the country. They also relayed their intention to return in the near future and promised to work hard with new music.

A part of the encore showed another side of the group as the boys channeled their inner girl group with wigs and cute headbands. They then danced to the tune of APINK‘s No No No.

OFFROAD took the house higher with Psy’s Gangnam Style. After the fans shouted repeatedly “Don’t go” for a while, the boys returned with another stage of Head Banging. Everyone stood up and ‘head-bang’ along with their idols.

The night ended with a meet and greet session reserved for selected lucky fans.

Daewon, Habin, Harang, Kino and Rio greeted their fans in the Philippines through media interviews, mall shows and event appearances ever since their arrival on the first week of October.

Their month-long promotions in the country organized by ShowBT Philippines marked and concluded the group’s first visit in the Philippines. 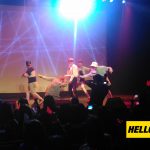 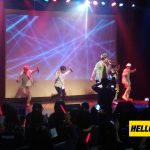 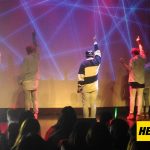 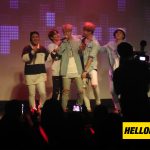 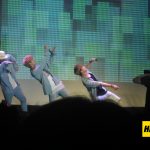 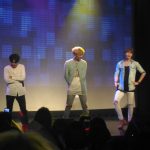 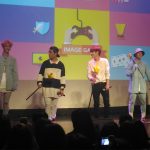 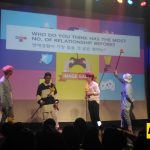 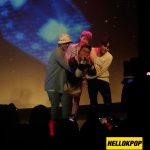 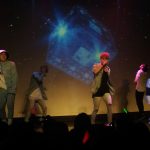 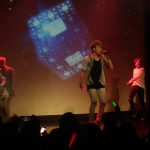 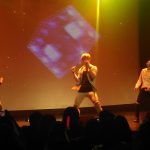 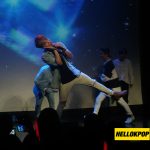 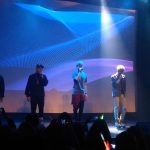 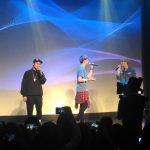 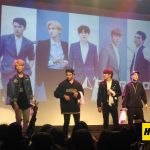 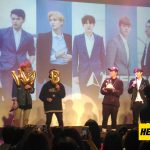 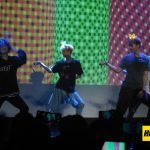 ‘OFFROAD: Horizon The First Mini Concert’ is made possible for the fans by ShowBT Philippines.

Hellokpop would like to thank ShowBT Philippines for the invitation to the mini concert.

Event covered by: Lou Belit and Danica Lacson of hellokpop.