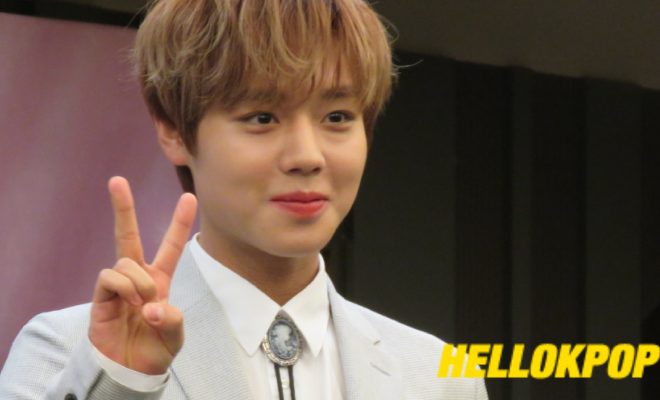 Park Ji Hoon Talks About Going Solo, Wanna One, “Produce X 101” & What Mays Mean To Him

Get to know Park Ji Hoon more, freshly revealed by him just yesterday.

Before the dashing singer greeted his fans at the Araneta Coliseum, he met members of the media for a press conference at the Novotel in Manila.

Captivating in gray suit, he was charming and every bit endearing as he shared his thoughts on various topics including the things he enjoys most, promoting as a solo artist, keeping in touch with Wanna One members, his upcoming solo debut, and his sweet message to fans. 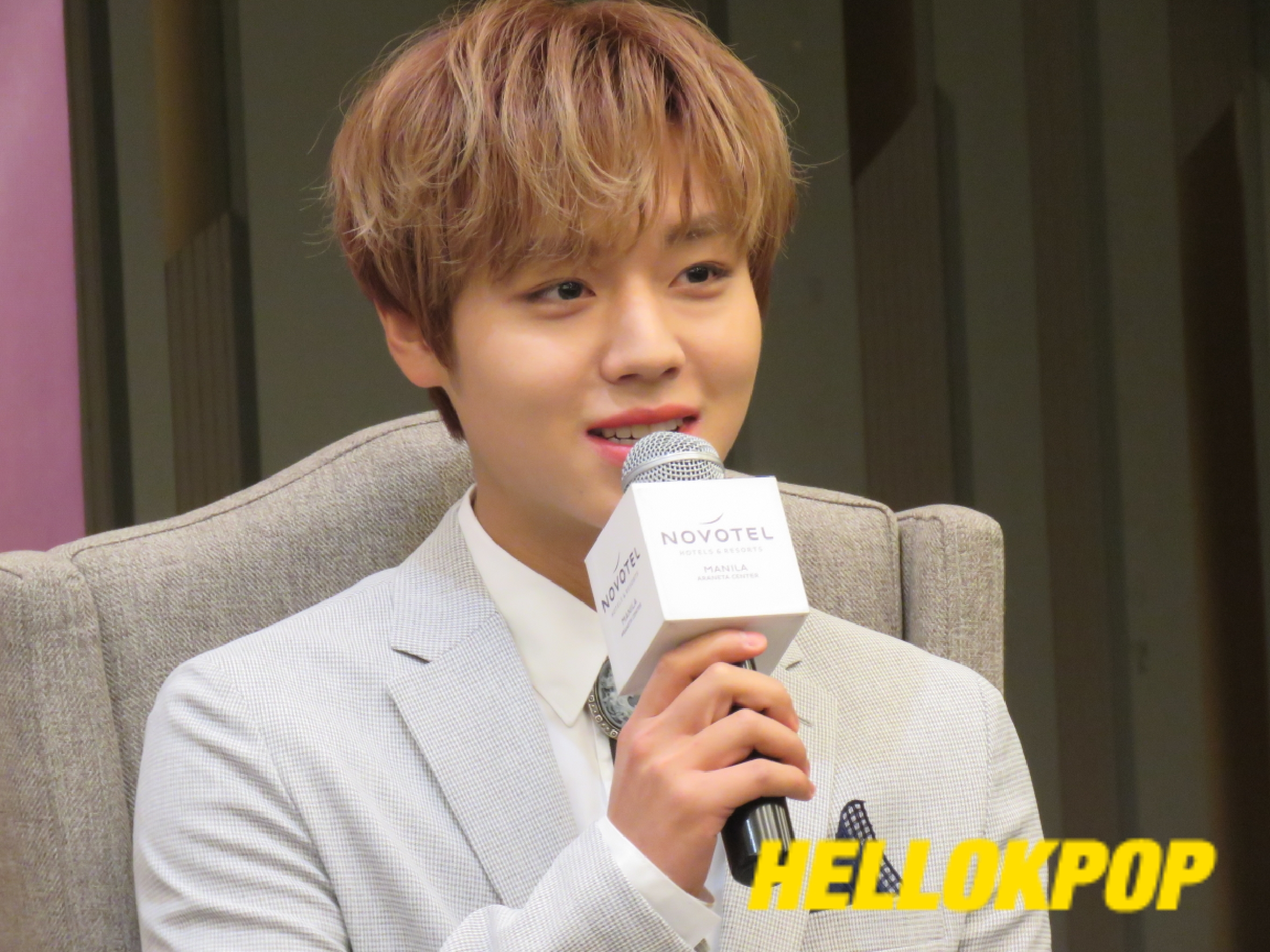 Following the end of Wanna One’s contract in December 2018 and the culmination of the boy group’s finale concerts, the members had prepped for the continuation of their respective careers as soloists or back with their original groups.

For Park Ji Hoon, he kicked off his highly anticipated post-Wanna One activities by setting up his own website and opening social media channels. He then embarked in a series of fan meeting events in South Korea and other parts of Asia including the Philippines.

The singer admitted finding it more difficult to do things on his own after coming from a big group composed of 11 members.

“It’s hard to be alone because I used to be in a group,” he said. Still, he is passionate to do his best and become stronger.

“I’m a bit burdened because now, I’m always alone, but I’m doing my all thanks to my fans,” he added. In fact, he is more than ready to venture on his own, with the release of his solo album on March 26.

“I prepared a lot for my mini album, but I’ll keep the concept a secret for now. I hope you are all excited,” he said. He also revealed that he has completed shooting the music video in Prague. 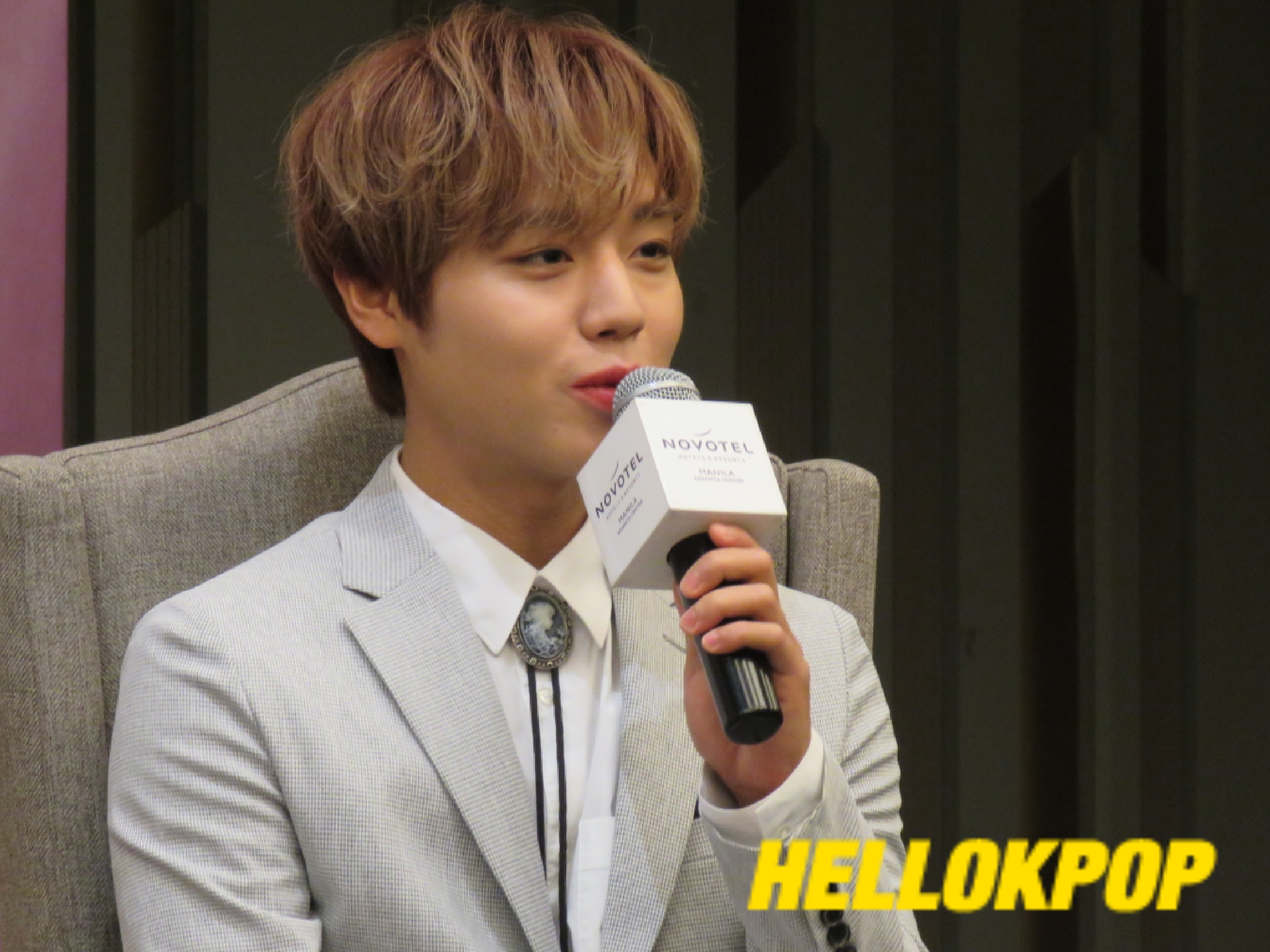 Despite the members going separate ways and getting busy with their own schedules, Park Ji Hoon disclosed that they all still keep in touch through group chat. The members also offer each other support and cheers in their new ventures.

The members never shy away from showing their affection to each other and openly cheer for one another. During the Seoul fan meeting of Park Ji Hoon, Kim Jae Hwan, Bae Jin Young, and Yoon Ji Sung came to support him.

The singer also asked fans for continuous support for every member of Wanna One. 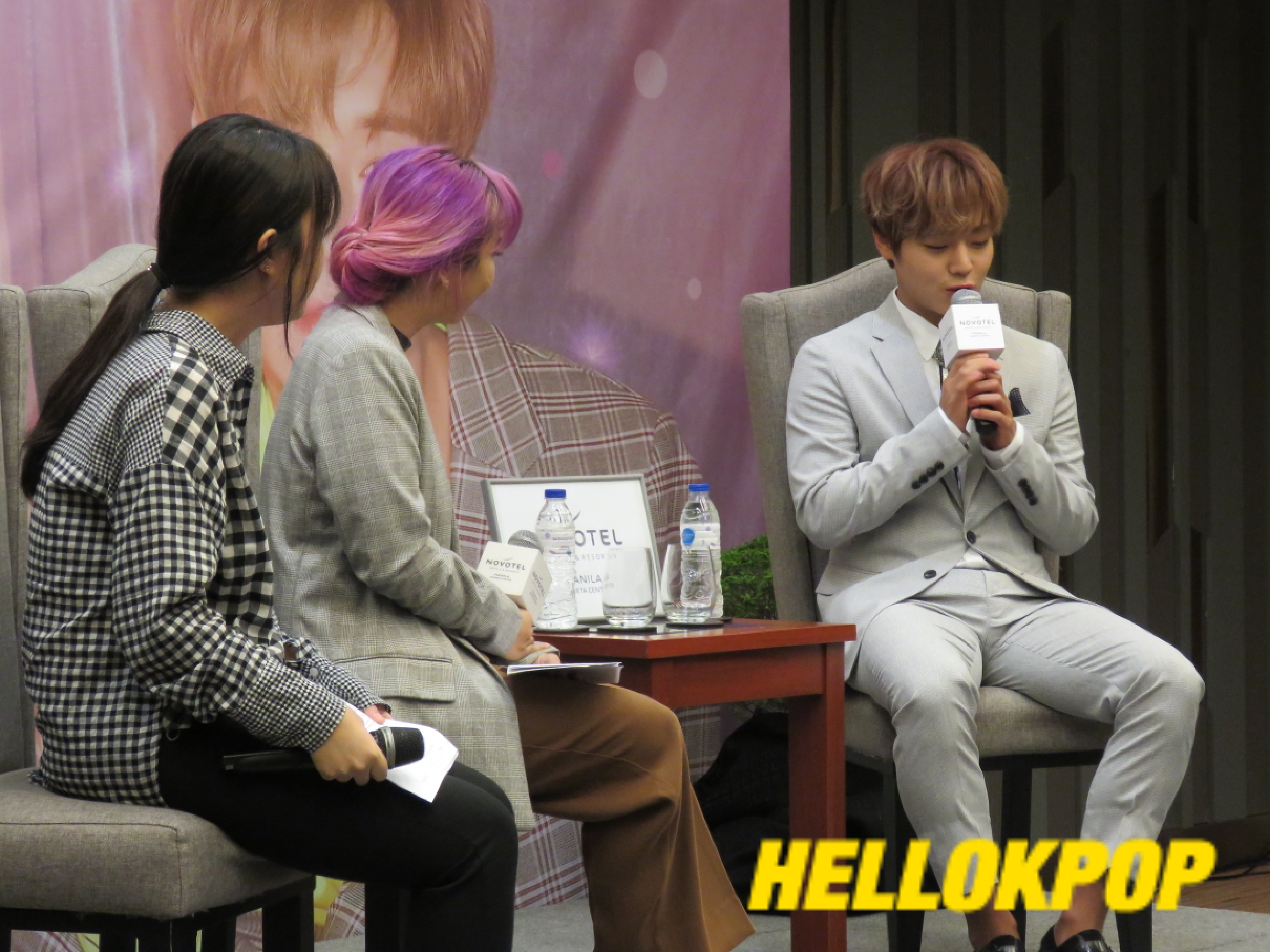 Having a background in acting through his stints as a child actor in well-known dramas like Jumong and Iljimae, his fans will be looking forward to see the return of actor Park Ji Hoon. Most recently, he received a casting offer for a role in a historical drama.

Although nothing is set at the moment, the singer keeps his door open for an opportunity to act. In the future, he wants to try out different roles which can help him improve his acting. Asked who among the actors do he considers as his role model, he said he cannot choose just one person.

He also revealed that the most recent drama he enjoyed is Memories of Alhambra which starred Park Shin Hye, Hyun Bin, and Chanyeol. According to him, the incorporation of AR game in the plot drew him to the story as an avid gamer. 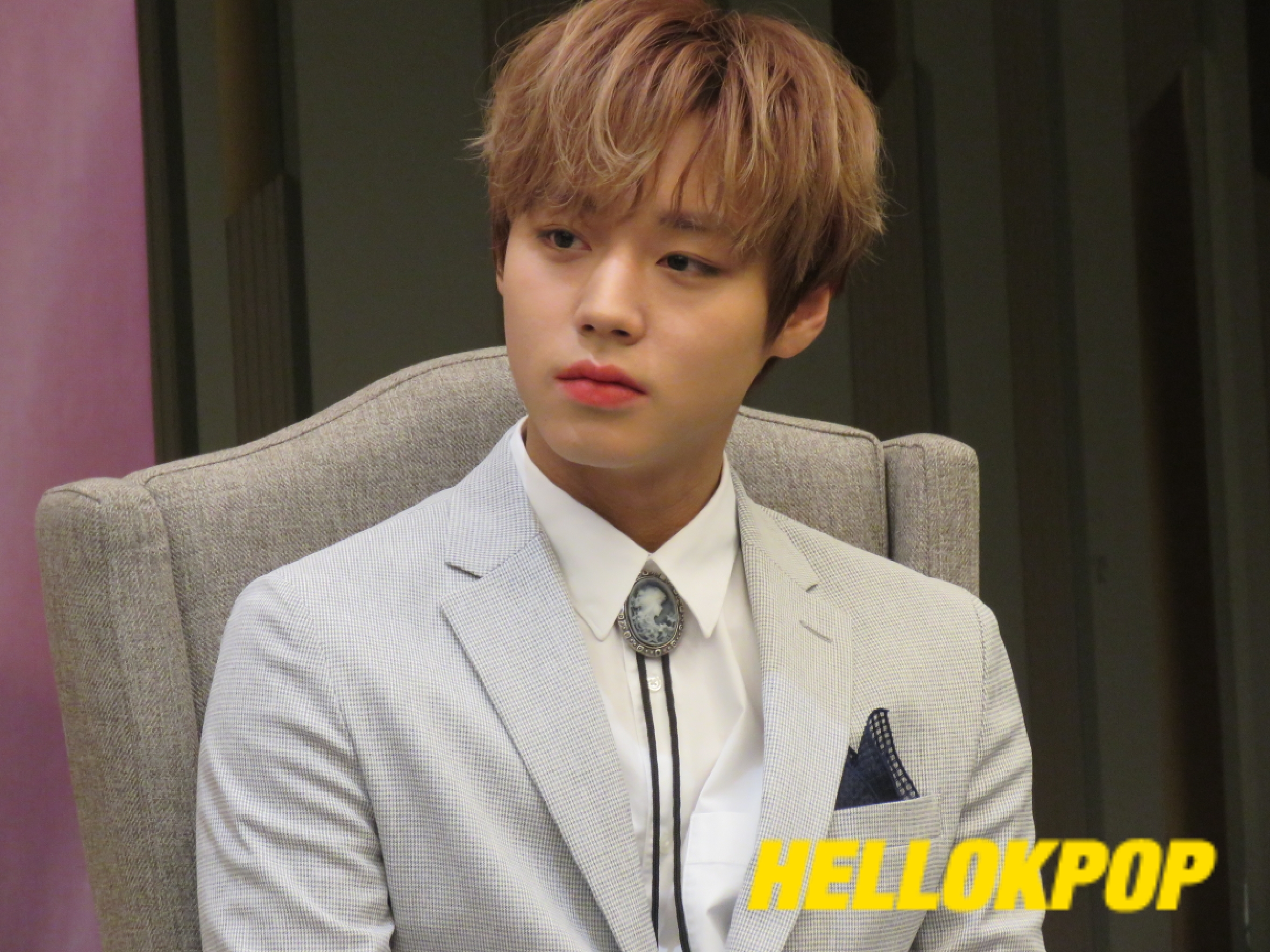 As an alumnus of the second season of the reality survival show Produce 101, Park Ji Hoon shared a valuable advice to the trainees of the Produce X 101 – the upcoming fourth season of the television franchise which previously produced I.O.I, Wanna One, and I*ZONE. On that note, he encouraged the trainees to always practice and showcase their own colors in every performance.

Park Ji Hoon shared his desire to watch the sunset in the Philippines as he heard of its beauty. Unfortunately, despite having visited the archipelago three times, he has yet to see as the sunset coincided with the fan meeting and concert he did.

Even before the official start of the second season of Produce 101, Park Ji Hoon had received much love from the public that allowed him to place second overall in the show’s finale. And the singer never fails to recognize the overflowing support of his fans.

He is thankful for the love and his Asia tour became another testament to Mays’ dedication in supporting him. He shared that he is happy to meet international Mays through the Asia tour, and remembers the slogans and other fan events the most. Asked what he loves the most about his fans, he sweetly replied, “I feel happy when I see the smiles of my Mays.” 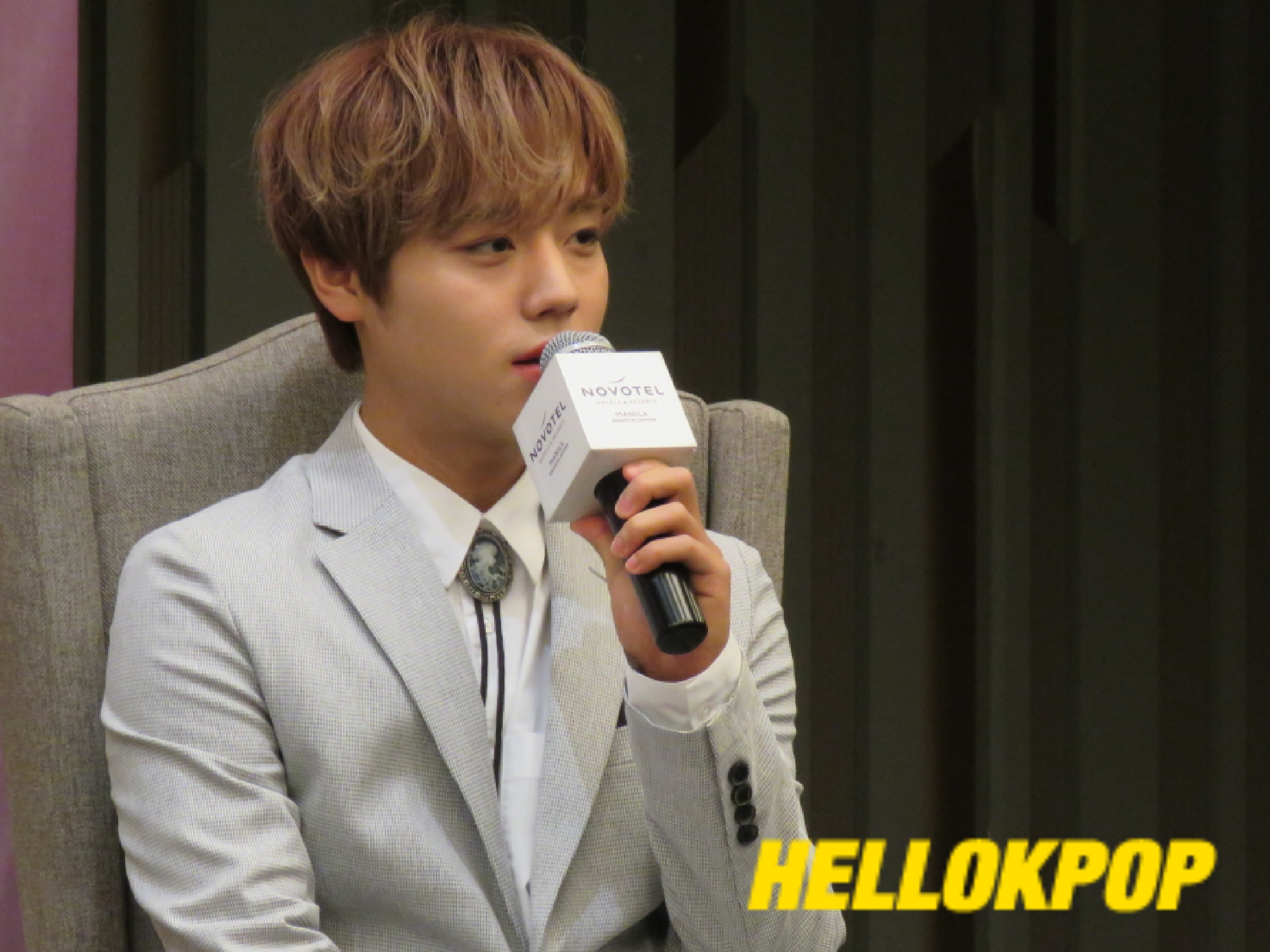 Following the press conference, Park Ji Hoon treated Mays in the Philippines to a post-White Day date at the Araneta Coliseum.

Special thanks to PULP Live World for the invitation to the press conference and fan meeting covered by  Yann Magcamit.