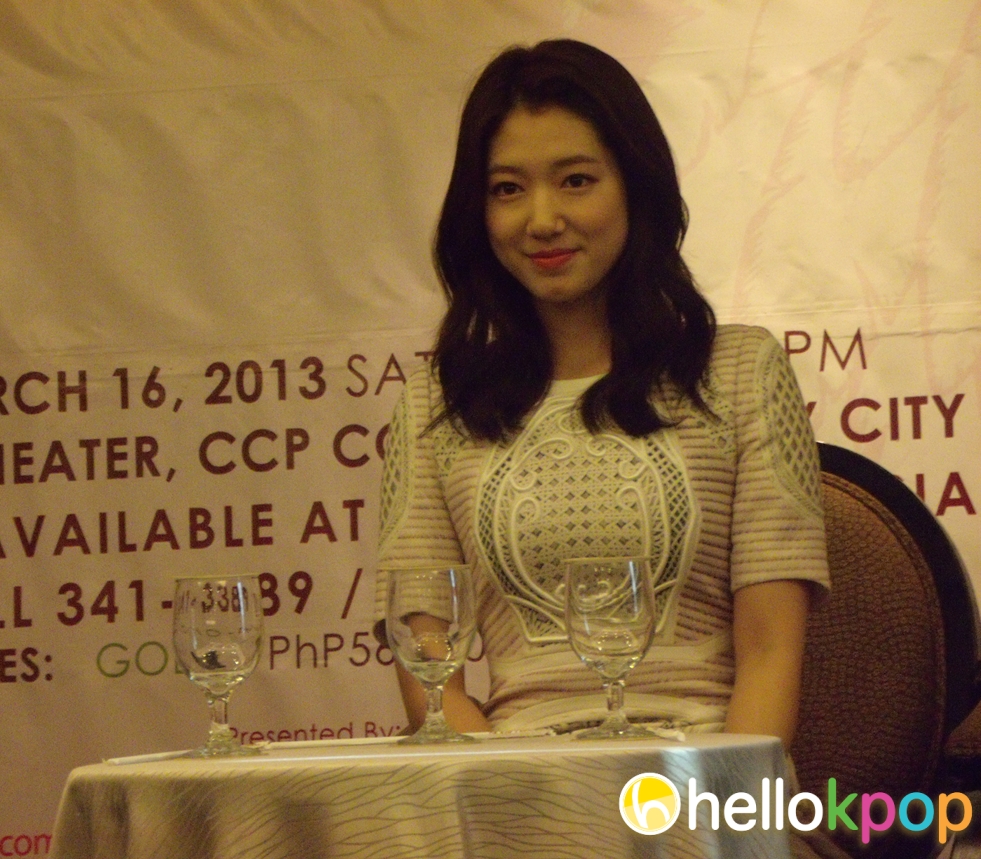 Park Shin Hye almost moved to tears while in Philippines

Park Shin Hye: “In the airport, I was almost moved to tears because of many fans calling out my name and also in Twitter. But I was not able to reply well and that made me sad. I am glad to have all these supportive fans”.

Multi-talented actress Park Shin Hye met the Philippines’ press for the first time on 15 March at Diamond Hotel for the first stop of her 2013 Asia Tour ‘Kiss of Angel’.

Before flying to the Philippines’ shores, the charming actress just wrapped-up her most recent drama titled, ‘Flower Boys Next Door’, co-starring with actor Yoon Shi Yoon. Her latest heart-warming comedy movie, ‘The Gift of Room 7’, also produced excellent result of surpassing the 10-million ticket marks as one of the top ten all-time box office record holders.

During the press conference, she wore a beautiful, simple yet elegant white dress, which enhanced her beauty to stand out even more. After introducing herself to the press, she began to answer the questions. 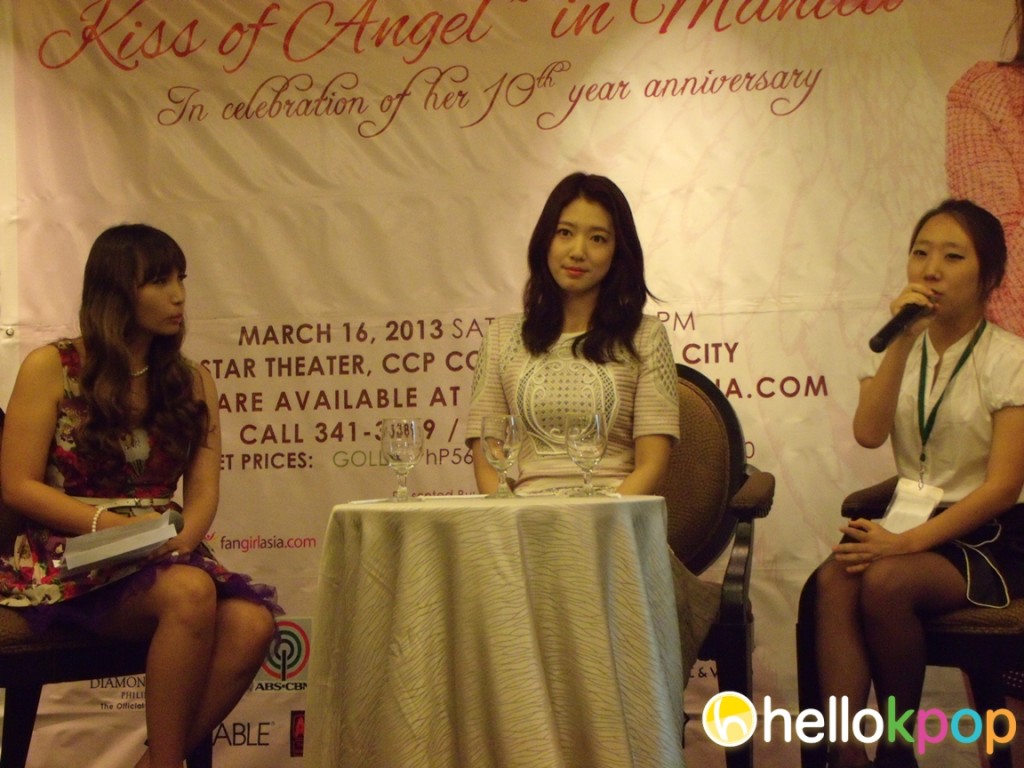 Read the transcript of the press conference below:

Media: How was your flight from Seoul?

Park Shin Hye: I was very nervous yesterday so I wasn’t able to sleep well. But I have  a good sleep during the flight. Before I arrive, I look down below for the aerial view and, Philippines is very beautiful!

Media: What was your first impression of Manila on the way to the hotel?

Park Shin Hye: First of all, Korea is very cold now, so I like the weather here. All of the coconut trees and the sea are nice.

Media: How do you choose your projects?

Park Shin Hye: If the character can show a new part or new image.

Media: Do you have a favorite character in the roles you played?

Park Shin Hye: I like all the characters I played but if I have to choose a favorite, it would be Go Mi Nam from ‘You’re Beautiful’.

Media: Among all of the actors, who have you been close friends with?

Park Shin Hye: In the drama ‘You’re Beautiful’, I became close with all the actors and also YongHwa (CNBLUE) in ‘HeartStrings’, because it was the 2nd time to act with him.

Media: What is the characteristic of your ideal man?

Media: What type of sweet do you mean?

Park Shin Hye: I like guys who respect me.

Media: Of all your acting characters, which is the one that you can relate to the most?

Park Shin Hye: Most of the characters I took reflect myself well.

Media: Do you like to take part in any role that you haven’t taken up before?

Park Shin Hye: No. Only action.

Media: Can you share with us your top 3 beauty secrets?

Park Shin Hye: Exercise, eating anything and washing my face.

Media: Any advice you can give to the newbies in the showbiz?

Park Shin Hye: Even though I’m in the business for 10 years, I’m still not in the position to give advice. My only and best advice is not to lose themselves.

Media: What is your impression of your Filipino fans?

Park Shin Hye: In the airport, I was almost moved to tears because of many fans calling out my name and also in Twitter. But I was not able to reply well and that made me sad. I am glad to have all these supportive fans.

Media: Do you still see or contact each other with ‘Heartstrings’ co-star Yong Hwa?

Park Shin Hye: We sometimes contact each other but since we are both busy, we don’t get to meet. I think Yong Hwa is very busy with his music at the moment.

Media: What is your favorite perfume?

Park Shin Hye: (She said she can’t tell what specific perfume it is so she just described it.) Maybe in the middle of sporty and floral.

Media: What is the most common misconception of people about you?

Park Shin Hye: I don’t think there is. People see me as myself, as who I am. 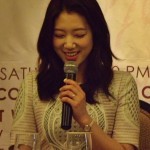 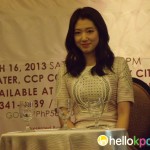 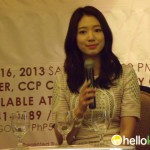 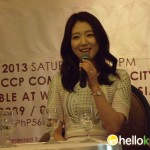 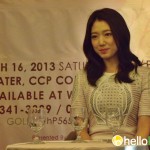 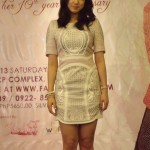 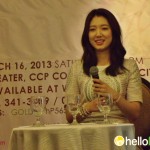 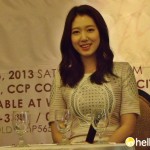 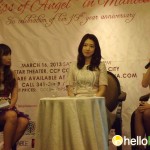 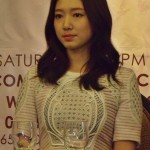 Special thanks to Ms. Jiji of Fangirlasia and Behind The Scene Event Production for the invite.