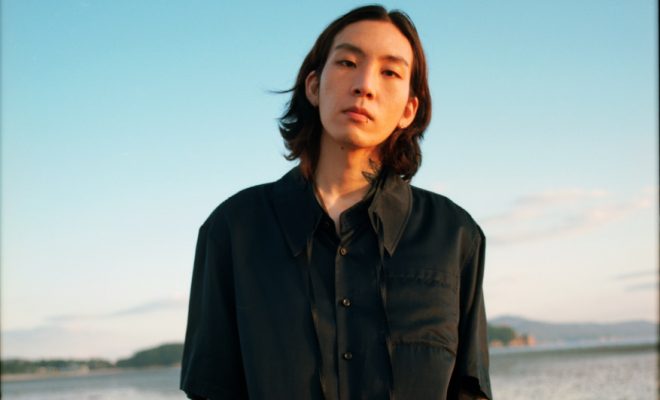 At this point, Samuel Seo has become a greatly respected name in the Korean music scene. After debuting as a budding rapper in the early 2010s, he forged a distinctive musical style that draws richly from many genres – including R&B and soul to hip-hop to jazz and more – with the technical chops and a keen penchant for groove to make it all work. Today Seo is an accomplished producer as well as vocalist, whose production and collaboration credits span an extensive network in hip-hop plus an eclectic mix of other artists like Kim Oki, Jenyer, and Moonsun (forthcoming).

A loyal following of fans, as well as acclaim, have followed. Each of Seo’s three studio albums have been nominated for the Korean Music Awards, arguably the country’s most prestigious critics’ award, with Frameworks (2015) and The Misfit (2019) both winning the Best R&B and Soul Album category. His singles and EPs have routinely landed on many year-end lists, including in our own list at Hellokpop every year since 2015.

Now, Samuel Seo is back with D I A L, a five-track EP released on May 11. Hellokpop spoke with Seo about the new album, and the artist shared interesting insights about its production as well as some perspective on working through the current pandemic.

HKP: Just six months after a hefty full-length album, you’re back with another EP. When did work on this album start and how long did it take?
Seo: First, it was just a small project to be done with the beat-maker, Archeformw, who sent me his demo through email around last September. First I thought this guy was just “GOOD”. That was it. But as soon as I got to meet him in person and had a conversation about the work he’s doing, I was convinced right away and suggested creating an album right away. That was before my third studio album, The Misfit, was released.

HKP: On that note, was there any burnout after working on The Misfit, especially given that you restarted that album a few times?
Seo: Nope, work on The Misfit was done at that time and I had nothing going on in particular, so it was a pretty good time to work on a new record.

HKP: Archeformw is listed as a producer on every track of D I A L. Given that you’ve solo-produced your past albums, that was a little unexpected.
Seo: I thought it’s about time I work with other producers from time to time. [As for] how it happened, all through a single E-mail.

HKP: In recent work you seemed to be moving towards more live-session and jazz sounds, culminating in Unity and The Misfit. D I A L is a bit of a departure from that. Should we expect the EP to be the start of a pivot away from that unplugged sound?
Seo: Nope. No matter what type of music I put out in between, my solo full-length albums will always stay the same type of music, based on the types of genre I grew up listening to. A lot of 90s neo soul, jazz, hip-hop, and some rock, but with more developed sound.

HKP: The featured musicians on this EP, some of whom you’ve worked with a lot before and some maybe less, each have really distinctive presence. Could you walk us through the thought processes for deciding to collaborate with each?
Seo: No particular reason. To be completely honest, I called the ones who popped up in my mind as soon as I heard each beat. Relying on my instinct.

HKP: “D I A L” opens with a phone vibrating and connecting, and “Damn Things” with a hook: “damn things, stop dialing”. Wanting to be left alone, not bothered. It seems like this sense of ‘freedom’ – to be left alone, free from worries, etc. – is a recurring theme of D I A L. Is there a story behind that?
Seo: I just got tired of all the bad stuff going on around me. People hating each other, bad news on TV, calling to complain about something, etc. Simply have no time to waste on all the negative side of life. I mean, how long am I going to live from today, 50 years? That’s a pretty short time I got left. I just want to focus on the good things and make my life more memorable.

HKP: Over time, your work has featured less straight rapping, in favor of more singing-rap. “DYE” is a good showcase of that. What are some of the things you enjoy about that approach?
Seo: Reminds me of 25-year-old Sam in a good way. It’s a leftover piece of myself from the past.

HKP: I love the groove of “Gae Na Ri”. The chorus sounds really free-form, almost ad-libbed, especially where you and Yerin Baek overlap. What was the vocal recording process like? To what extent were things pre-planned versus improvised?
Seo: Due to the coronavirus, we had to record the track in our own studios, so it was more like a mashup of me and her a capella. And the recording was planned out thoroughly from the beginning so it went as it was originally intended. It would have been much more fun if we could record in the same place.

HKP: It seems like “Gae Na Ri” sings of waiting for warmer days, “when the forsythias bloom” and “when the entire city slows down”. That sounds especially relevant today, when we’re all kind of stuck waiting in a coronavirus world. How have these last few months influenced your work, if at all? Either this album or other work.
Seo: We are all suffering. Like everyone else, I just want this over as soon as possible and would like to say thanks to the ones working numerous days and nights to end this. All I can do, is prepare more music for the listeners to forget about the present for a while.

HKP: Listening to “Red” is almost liberating, with an accompaniment that comes up bold in the chorus. I feel like it’s the most dramatic track in a calm album. I’d love to hear about how that beat came to be.
Seo: Like I said, this album was made with not many obstacles in the way. The beat came out all of a sudden around the end of February, my verse was done freestyle as soon as I got the track on my recording system, ahmin’s Moog synth solo for the second verse turned out amazing, etc. Just hoping this wave continues til the end of this year.

HKP: The wording of the chorus is unexpectedly intense – going from describing a laid-back routine to suddenly “burn”, seemingly the stresses and “heavy thoughts” burning away. Were the lyrics written around that chorus or did it follow after the rest of the song?
Seo: The tracks’ production timeline matches the tracklist. The tracks included in this album review my emotional changes from the end of 2019 to March 2020.

HKP: You’re a man of many interests, and the EP’s freedom theme also shows up in the motif of driving away somewhere to get away from things. Seems like every song has at least one reference to that. Is that based on a real hobby or experience with traveling?
Seo: I don’t really enjoy staying in the city, so every time I get a chance to run away I take my motorbike for a spin away from everything. I guess my weekend routine melted into the songs. 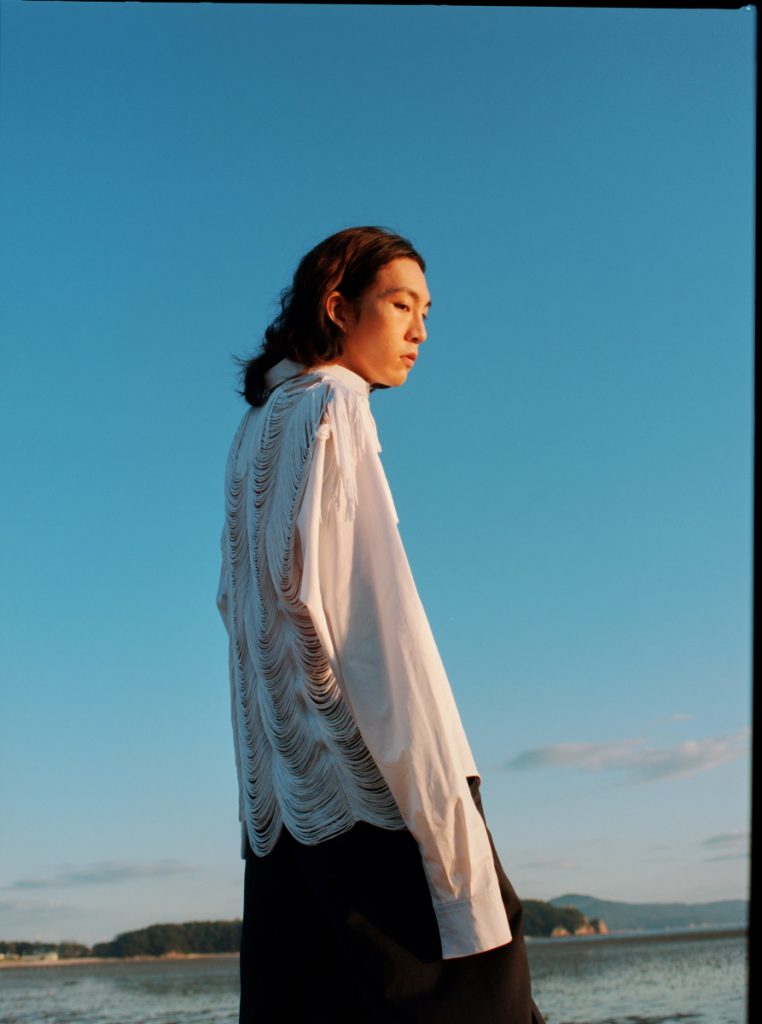 HKP: Is there any track from this EP that you’re especially looking forward to performing live? If so, why?
Seo: EVERY SINGLE TRACK! This virus reminded me of how fun it was to be on the stage. I hope everything gets back to where it was as soon as possible. Until then, I will work on myself to become a better musician.

HKP: As much as we enjoyed Unity and The Misfit, I also wonder if they could have felt less accessible than your earlier work. (And D I A L, at least on the surface, has a more immediate appeal in that sense.) I’m wondering if you’ve been getting that kind of feedback at all, and curious to know your thoughts on doing music that is public-friendly: whether that is ever a consideration, if you just let it come naturally.
Seo: Never really thought about that but if certain type of music could get me up to another level, then why would I not!

HKP: To change the subject a little: it wouldn’t be an exaggeration to say you’re one of the most acclaimed R&B artists in the scene. Each of your releases have been very well-received, and most recently, The Misfit became your second Korean Music Awards-winning album. Does all the praise ever put any pressure on you?
Seo: Nope. One good thing about my personality is that I am not really emotionally moved about the results of the work I put out. As long as I am enjoying my life, that’s enough and I believe my music will always get me to the next step so I  just want to focus on what I do best and what I enjoy the most. The rest is up to everyone but myself to decide whether to love it or not.

HKP: In a past interview, you’ve said you want to help make Hangul be better known through your music. Are there any examples of how that attitude/goal influences your writing?
Seo: The way I name certain songs like “GOYO”, “YEON HUI DONG”, or “GAENARI” are some good examples. I don’t expect the listeners abroad to be translating every lyric I write in Korean but with the names, I thought I might have a chance.

HKP: Soon you’ll be entering the second decade of your music career. How have your outlook and attitude towards music changed over the years? What do you think will change in the coming years, and what will stay the same?
Seo: I don’t really anticipate the future of the music business but there sure are a lot of musicians releasing enjoyable music to listen to. All I can say is I am here to enjoy and release more records with the sound that I love.

You can follow Samuel Seo on the following platforms:

All photos in this article were provided by Magic Strawberry Sound. This interview was conducted in English and lightly edited for clarity.