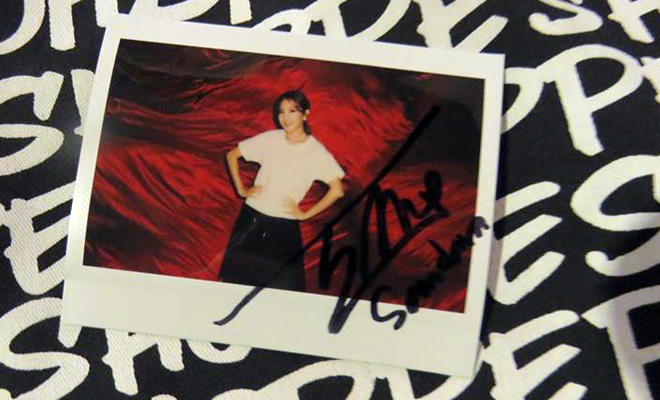 Dara’s ‘One Step’ takes a full course in the Philippines

Sandara Park (Dara) made her official comeback in the big screen – this time round, her debut in a Korean film, One Step.

Earlier on, she has announced to hold two fan meetings in the Philippines to promote the local distribution of her movie. It was well received by fans, who did not fail to see her in these mall shows and promotional activities.

At the premiere night of One Step, dubbed as the Korean movie adaptation of the blockbuster Hollywood musical movie Begin Again, Dara expressed her hope that this first Korean movie will be her stepping stone to more movie opportunities. 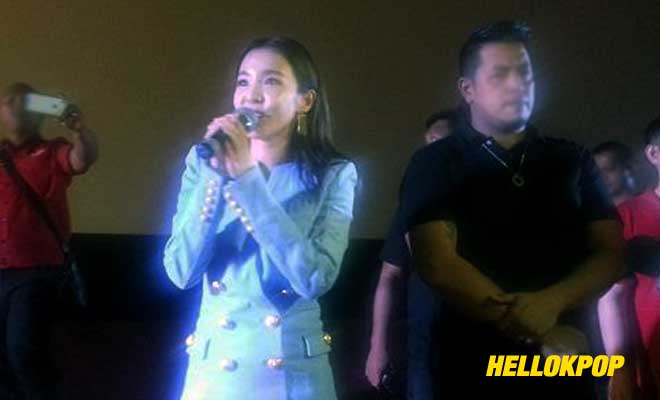 The movie opens to a scene, where Si Hyun (Sandara Park) is met with an accident, and leaves her with no memory of the past.

Si Hyun has colored hearing, a type of synesthesia in which head sounds involuntarily evoke an experience of color. The color produced by the sounds make her dizzy so she tries to avoid the instance by wearing headphones.

At the hospital, Ji Won (Hong Ah Reum) finds Si Hyun and takes care of her. Si Hyun lives with Ji Won and her brother Woo Hyuk (Cho Dong In), a guitarist in an indie band.

At one time, Woo-hyuk hears Si-hyun humming a melody while sleeping. He takes a note of the melody and gives her the score, hoping it will help her remember her past.

Meanwhile, Jee Il (Han Jae Suk) is a song producer, who helps radio listeners find the song titles in their head. Si Hyun presents her melody on the radio program but he fails to identify the song.

While he thought he has heard the melody before, he fails as it has not yet been produced. It is a melody unique to Si Hyun so he decides to offer her help.

They work together to help Si Hyun listen to music again without difficulty. With this, they also uncover bits and pieces of Si Hyun’s past.

After a while, Si Hyun meets with him again to update on the progress of her memory. Jee Il attempts to tell her something to which she responds, “I already know what you want to say.”

The movie closes to the two characters walking together in the park, which leaves audience wanting for more answers. Did she fully recover her memory with the help of music? What was Jee Il supposed to tell Si Hyun?

In the end, music took her “one step” closer to finding her lost memories of the past.

Tracing Dara’s early footsteps in the entertainment industry will take you to the Philippines, where she won the ‘Voter’s Choice Award’ in a local talent search program called ‘Star Circle Quest’ in 2004. She also finished first place in the said talent contest, while her first on-screen partner Hero Angeles won the grand place.

She has earned the honorific title “Pambansang Krungkrung ng Pilipinas”, and has become a popular face in TV commercials.

She has taken lead and supporting roles in Philippine movies such as Bcuz of U, Can This Be Love, D’ Lucky Ones and Super Noypi, including cameo appearances on Volta and My Ex and Whys.

She also debuted as a singer with her self-titled extended play ‘Sandara’, which debuted on top of Philippine music charts and sold over 100,000 physical copies.

Dara’s brief visit to the Philippines came as a surprise. She held mall shows and various TV and radio guestings to promote the nationwide distribution of One Step movie in the country.

The main block screening was held on May 13 at Cinema 9 of Gateway Cineplex in Quezon City, which was organized by TeamDaraPH (a group comprising Parkers Republic, WeLoveDara, Dara’s Secret Angels and DaraIdoCN). 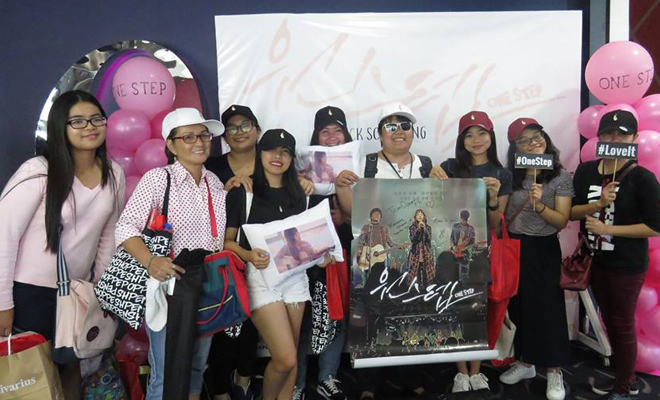 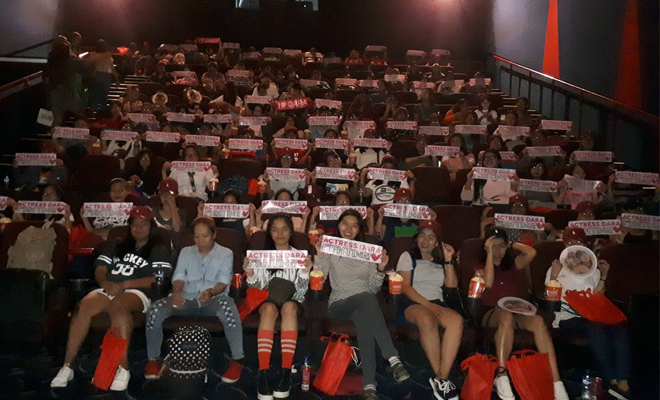 The event was sponsored by Penshoppe, a fashion brand endorsed by Dara. Penshoppe gave away 100 Dara caps, signed photos and merchandise to lucky fans. 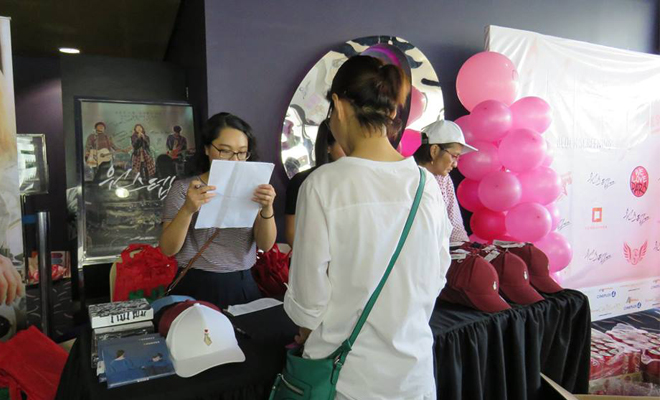 The block screening in Cebu was held for free on May 10 in remembrance of Belle. She is one of the administrators of WeLoveDara, who passed away days before Dara’s arrival in the country. 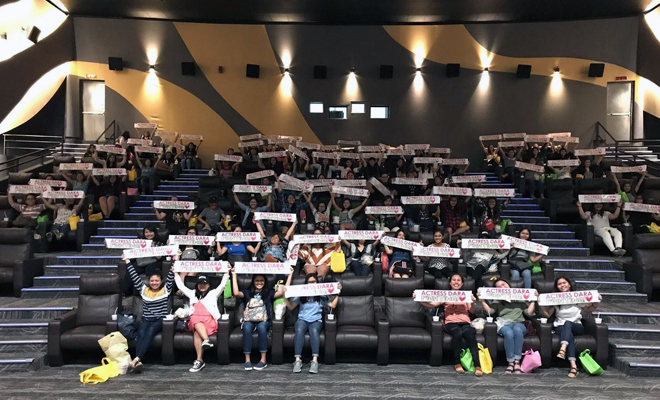 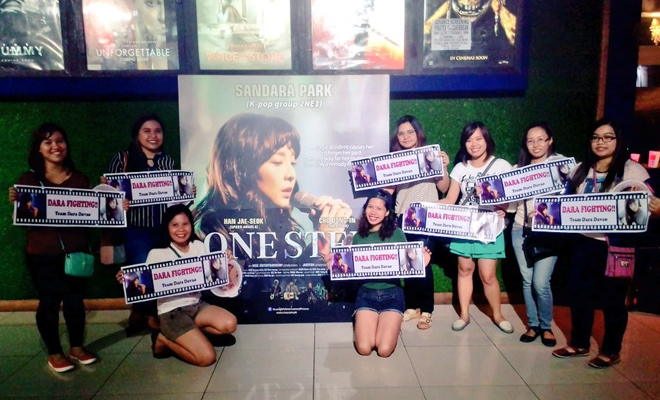 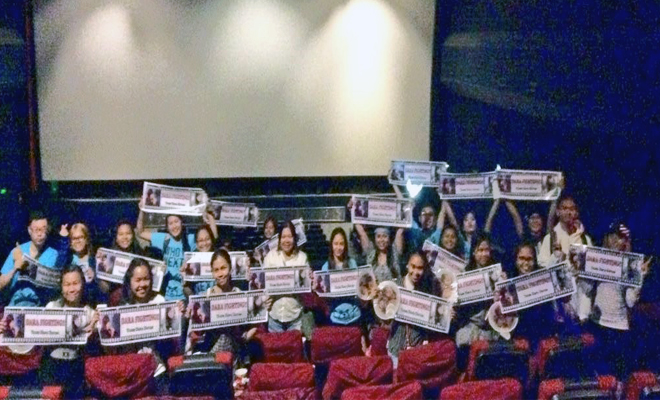 Other ‘One Step’ block screenings sponsored by Megasoft

VIVA International Pictures is the official film distributor of ‘One Step’ in the Philippines. The movie is now showing nationwide.

Photos are provided for the use of Hellokpop by Parkers Republic. We would like to thank Jenny for inviting us to the block screening held on May 13 and Blink for her information support.