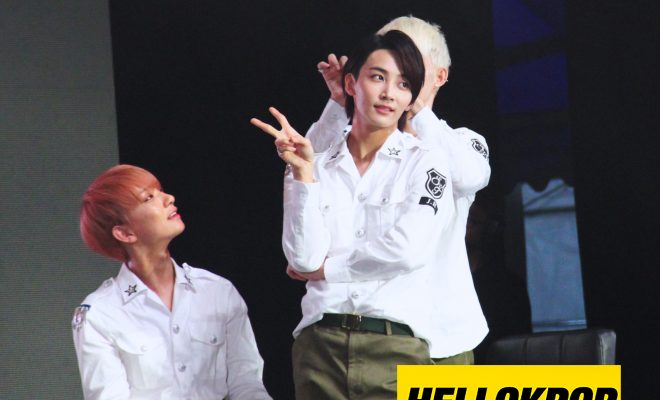 It’s ‘mansae’ for Seventeen in Manila!

Since their debut in May 2015, Korean boy group Seventeen has caused a stir, stole hearts and showed the world what super rookies are made of. The Philippines was lucky to witness it all live in a two-day fan meeting.

No monsoon rain could stop the boys of Seventeen from heating up the crowd. They opened the show with Shining Diamonds. It’s a song first performed on their reality show, Seventeen Project: Big Debut Plan, (and this time, in front of thousands of fans). 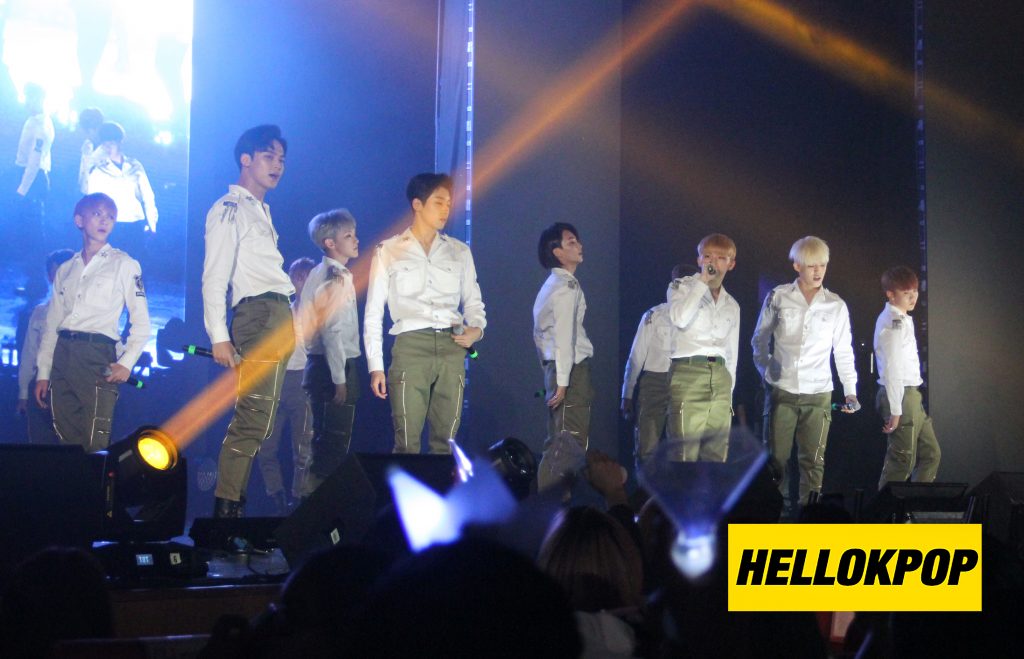 Despite the absence of members Jun and The8 due to personal reasons, the energy and enthusiasm of the rest of the members did not fall short. They rocked the stage next with Rock, a track from their second EP, Boys Be.

Seventeen continued to hype the crowd with a thumbs-up-worthy performance of Chuck before sitting down for a talk session and granting fan requests written on sticky notes.

The members took turns in picking a request, which included tying Jeonghan’s hair, dancing to a girl group song and doing a heart with Hoshi. It also yielded a high note battle among the hip-hop team, an attractive pose with Woozi, dancing without music, saying the Filipino phrase ‘Mahal kita’, singing Overcome by their labelmate NU’EST, and aegyo. 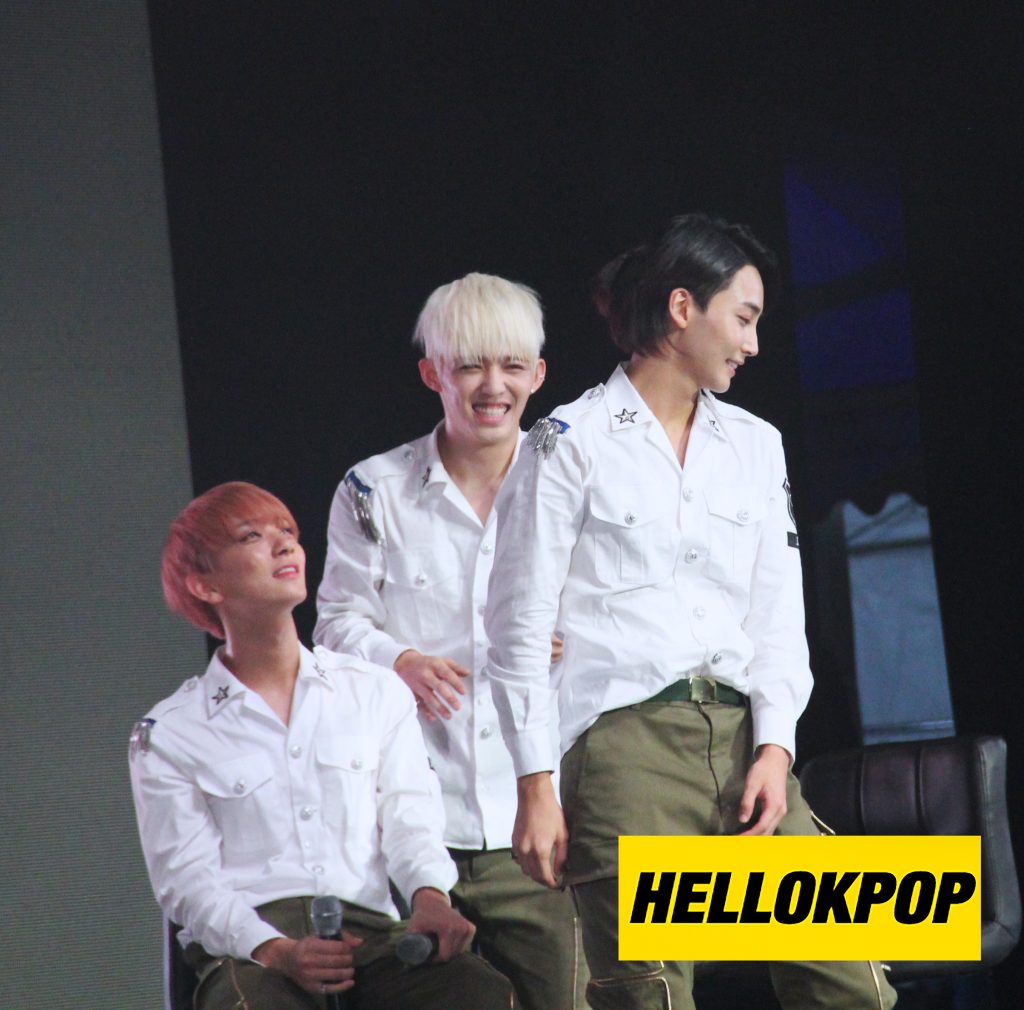 During the talk session, Seventeen members also honed their acting skills with a short skit of a boyfriend apologizing to his girlfriend for being late. Joshua played the boyfriend, while Jeonghan acted as the girlfriend, gaining loud cheers from the fans. But give it to the ‘BooSeokSoon’ trio to turn the romantic skit into a comedy! Seungkwan acted as the girlfriend, Dokyeom as the boyfriend, and Hoshi as another ‘girlfriend’.

After the talk session, Woozi, S.Coups, and Vernon took the stage with Q&A, their collaboration with singer Ailee released in 2015. The soothing vocals of Seungkwan and Dokyeom filled the theater, as they serenaded Carats with Say Yes from their Love & Letter album. Popular Song, another track from the first studio album, followed. 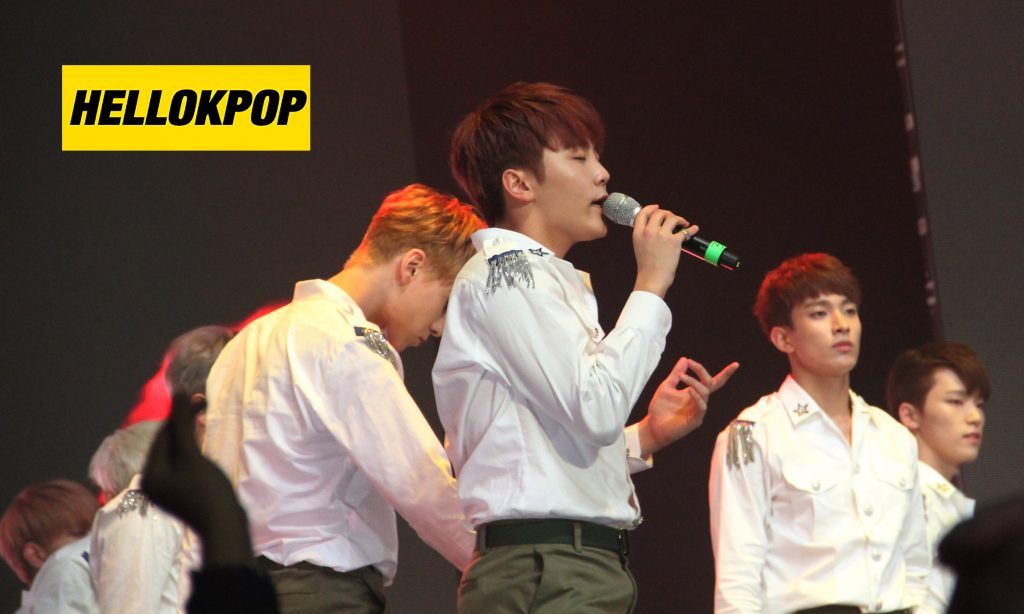 Seungkwan took the center stage to be the emcee for the next part of the fan meeting. A competitive game of charades between the ‘hyung’ team and the ‘dongsaeng’ team commenced and ended with the victory of the younger members and punishments for the older members.

The punishment time blessed the audience with aegyo from S.Coups, a passionate dance from Jeonghan, three set of expressions from Wonwoo, the confirmation of strength of Hoshi and the birth of a new rapper, Joshua.

Carats did not let the energy inside the venue die down, as they sang along to Pretty U, while waiting for the return of Seventeen.

The boys returned with their title tracks, Adore U, Mansae, Pretty U and Very Nice with powerful performances that Carats reciprocated with loud cheers and fan chants.

A VCR was shown before the encore that highlighted the journey of the thirteen members from their trainee days to their debut and their emotional first music show win. Seventeen were throwing signed plastic balls to fans during their Healing performance, the second to the last song for the night. Carats did not let the opportunity past to show Seventeen their gratitude for coming to the Philippines. They raised banners and threw paper planes during Wonwoo’s part in Love Letter, the group’s last song. 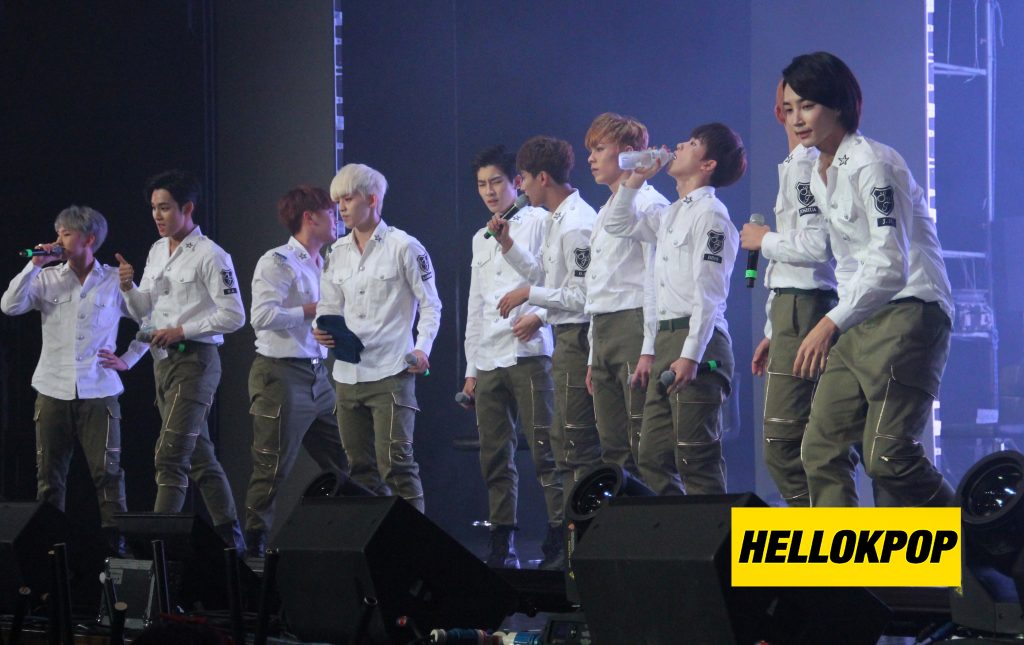 Each member expressed their emotions and thoughts, thanking the fans who came despite the rain and for creating wonderful memories that they commemorated with a photo with the audience.

The youngest member Dino promised the fans that he would word hard and practice better and thanked the fans for loving Seventeen. Mingyu, who reportedly visited the Philippines before, also relayed his gratitude to the audience for making their first visit memorable.

Seventeen bade the fans farewell with ‘Ingat kayo (Take care)’ and a promise to come back for a full concert and all members. They sealed the night with ‘Say the name, Seventeen’ and a group bow.

The Show Must Go On

VVIP ticket holders also got the chance for either a photo opportunity or hi-touch. Manila was the second stop of Seventeen in their first Asia-Pacific tour. They are heading to Jakarta on August 20. The tour will also include stops in Bangkok, Melbourne, Sydney and Auckland. 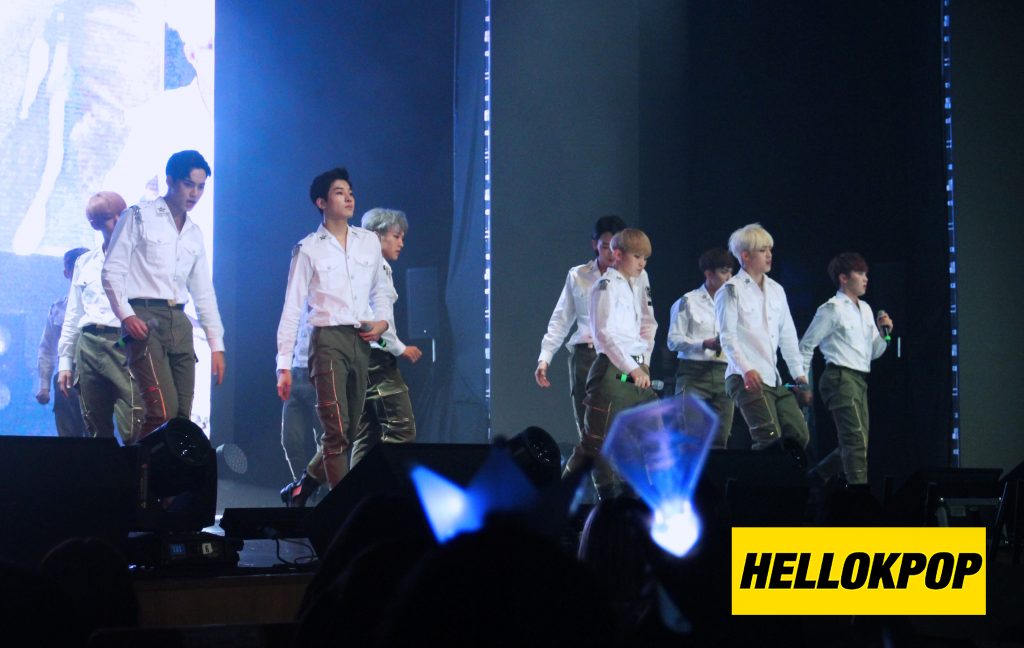 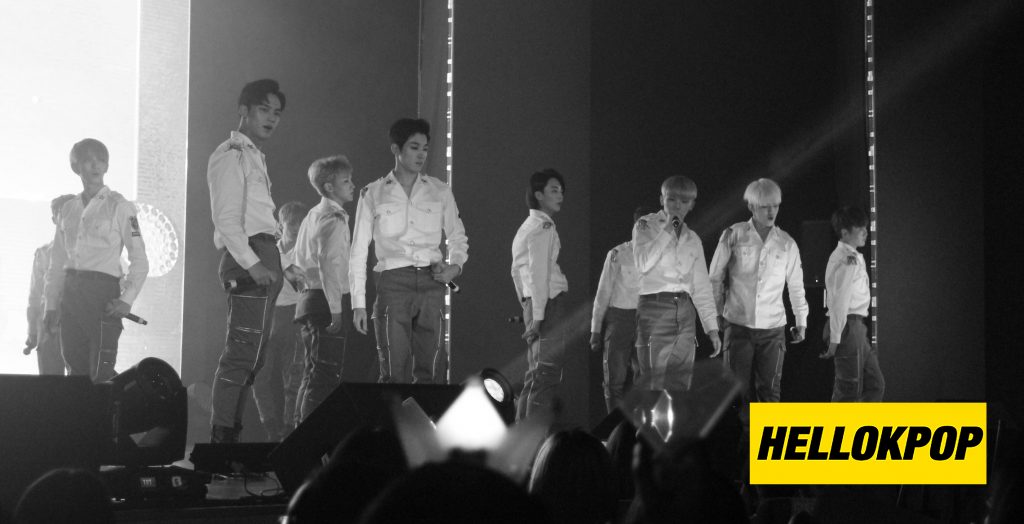 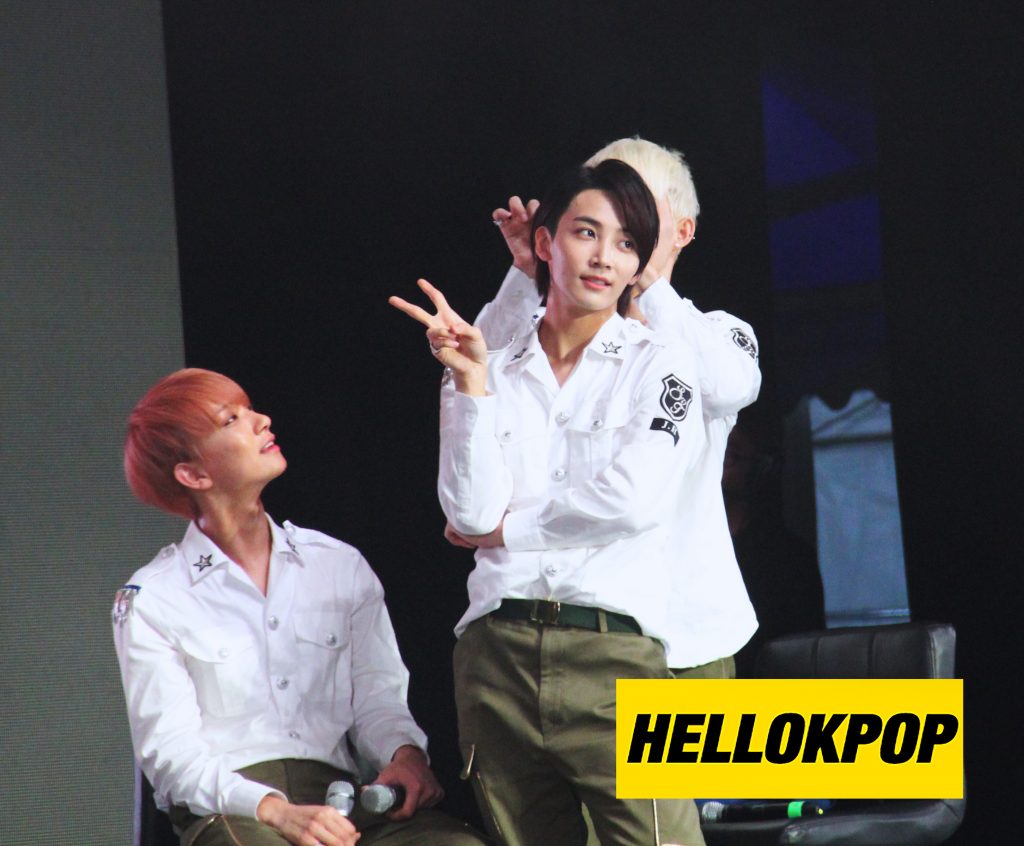 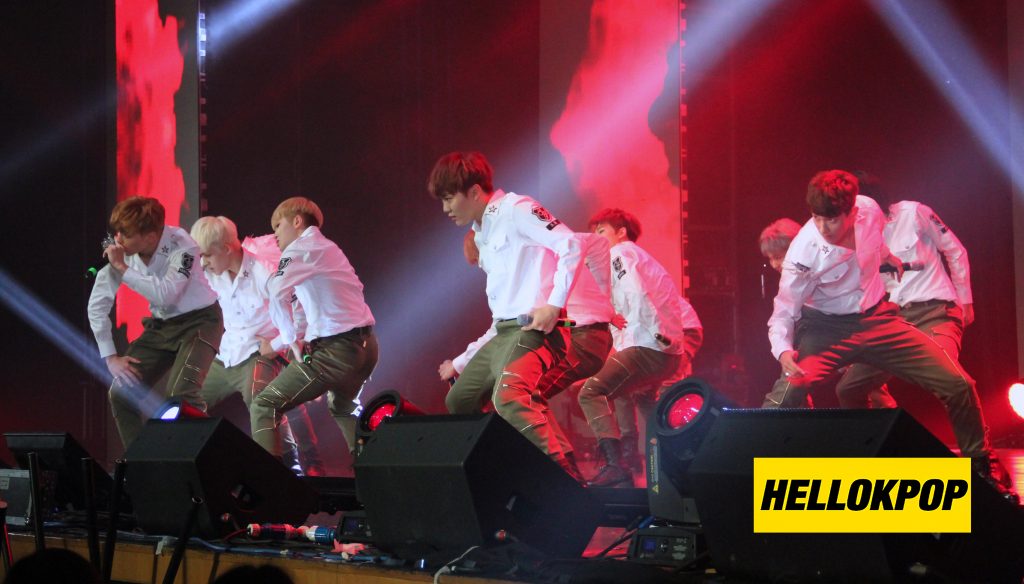 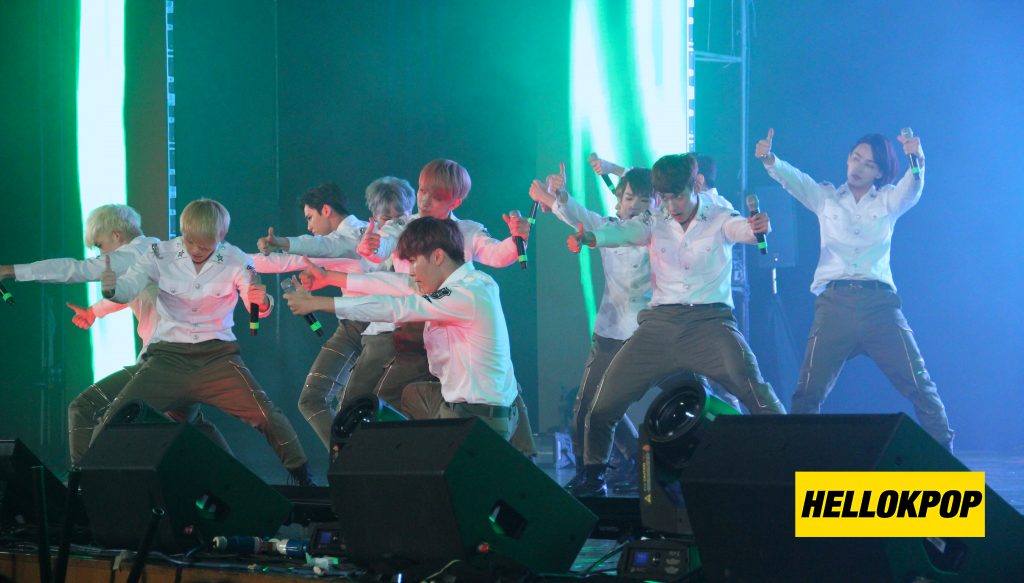 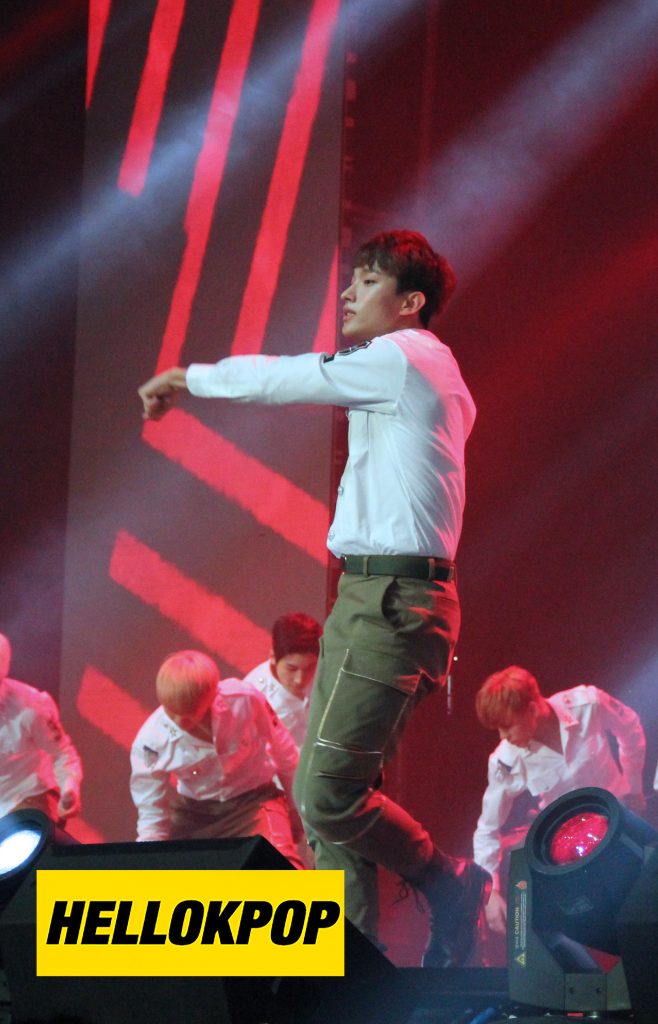 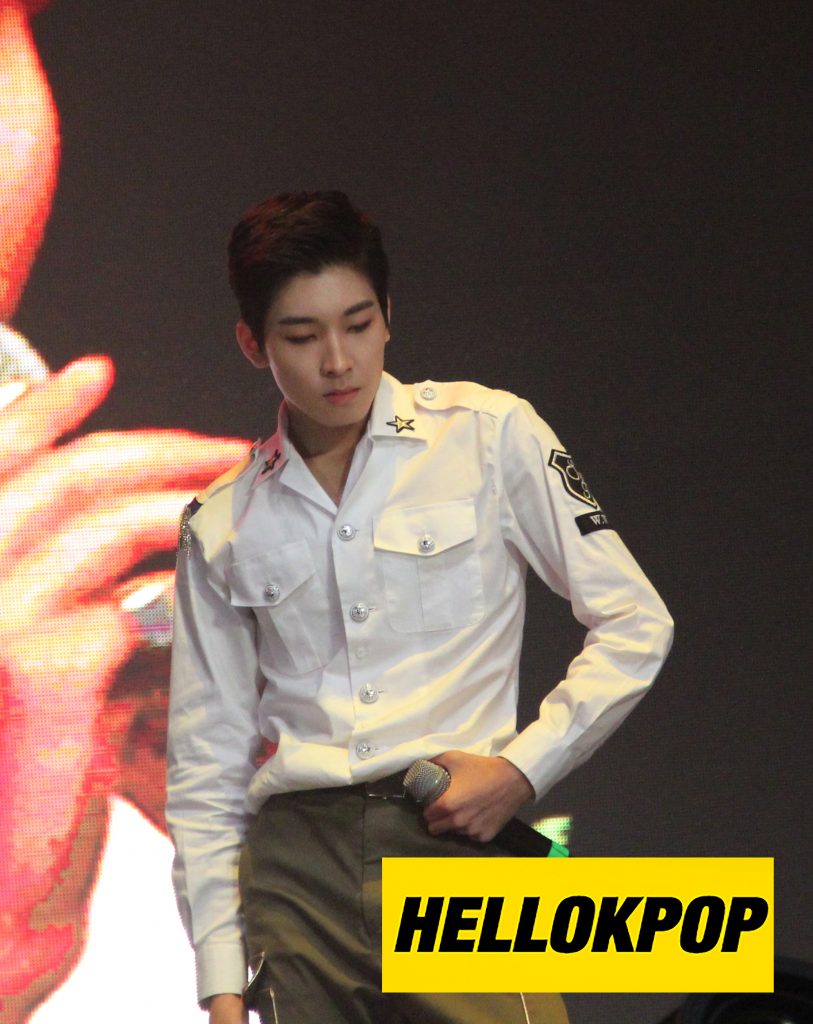 Hellokpop would like to thank Three Angles Productions for the coverage opportunity.