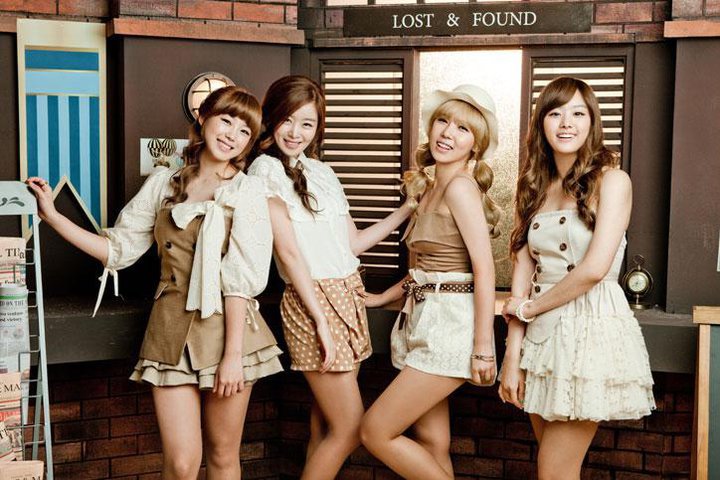 Spilling the beans about Secret 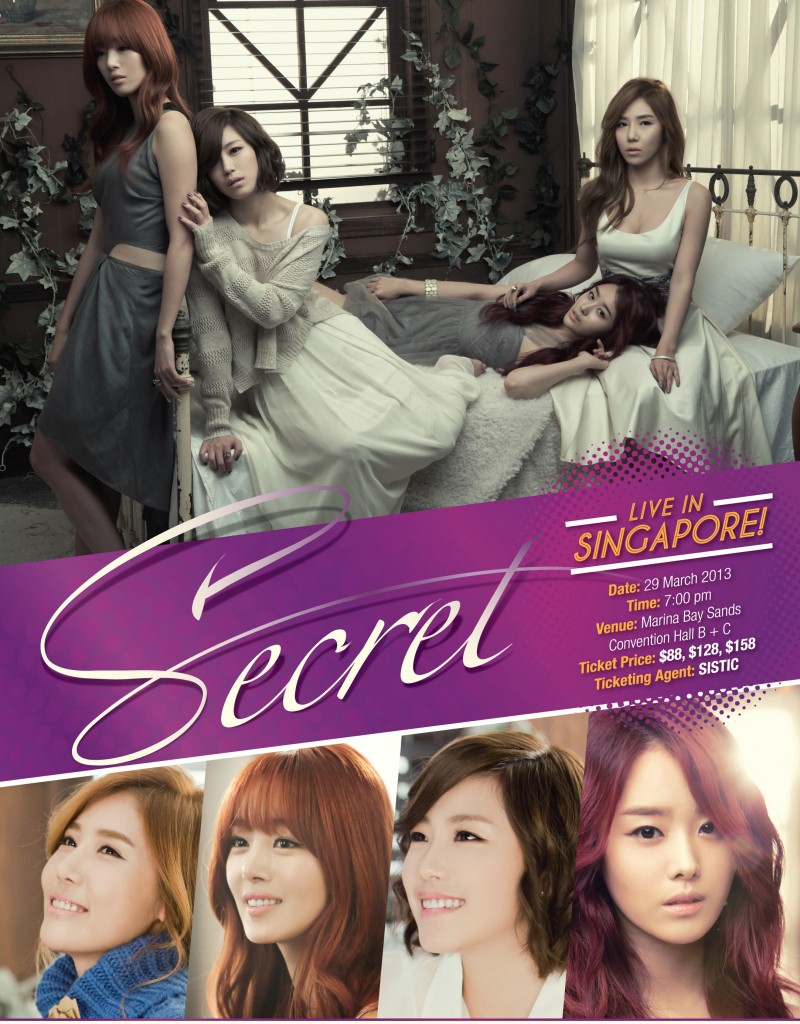 Spilling the beans about Secret

It was indeed a Good Friday for all Secret fans when the Korean girl group graced the Lion City Singapore with their presence at Marina Bay Sands that evening. Performing songs from Poison, Madonna, Love is Move, My Boy, La La La, Shy Boy, Together, Magic to their most recent hit Talk That, members Jeon Hyosung, Jung Hana (Zinger), Song Jieun and Han Sunhwa kept the fans screaming (and crying) throughout their two hour ‘Secret Live in Singapore 2013’ show.

What exactly went behind those closed doors last Friday that made fans unable to hold back their tears? Just the fact that their long-cherished Secret finally revealed themselves in person for their first concert here.

What do you think of your Singapore fans?

What Singapore food do you like? Sunhwa and Hyosung: Chili crab! Zinger: Fresh fruits!

Zinger, you were badly injured in the car accident last year. How are you feeling now?

Do you girls have any special kind of diet or exercise you do to keep in shape?

Would you mind having a Singaporean boyfriend?

Jieun, what is your favorite song from your album and why?

Jieun: There is one song which we performed and I really like this song because it is beautiful and full of hope. That song is Together.

Throughout the concert, Secret definitely did not leave fans in the dark about their abilities, going all out to win over their audience with their power-packed performances. To sum them up simply, the Secret members reek of professionalism. While they all are dark horses in their own right-having charms that initially seem commonplace, but later proving that they were able to succeed in the competitive industry –ultimately forms a group that is a dark horse which has emerged as a strong contender to become one of the top groups that represent the Hallyu wave. Hyosung stands out with her ‘bagel girl’ image, Jieun for her astoundingly sweet vocals especially while singing live, Sunhwa for her fun-loving and honest image on ‘We Got Married’, and Zinger for her recent makeover and fortitude revealed through the car accident. Although many could argue that other girl groups do not pale in comparison, one has to admit that as a group Secret really has proven to be quite a dark horse, not only being consistent in delivering songs that are well-received, but also in being able to garner good results despite not being able to appear for their comeback live last year. There is indeed more than meets the eye.

Holding their tongues about their not-so-far-off future plans, but dropping hints-a secret from each of the members

Jieun: I am working hard on the next album now!

Sunhwa: I am working hard in the area of music!

Zinger: I am learning English now. I hope to be able to speak to all of you in English soon!

Hyosung: I have started learning the piano!

Other details seem to have been kept under wraps for now, but the Secret members have definitely let enough cats out of the bag to keep the Singaporean fans on their toes and ready to welcome them should they come back again anytime soon. Aptly, the idiom ‘open secret’ fits Secret well: a group, Secret, which is paradoxically both Secretive (or rather, full of mysteries) and widely known to people around the world. Go on and puzzle over them- the enigmatic members from Secret- till we see them again.