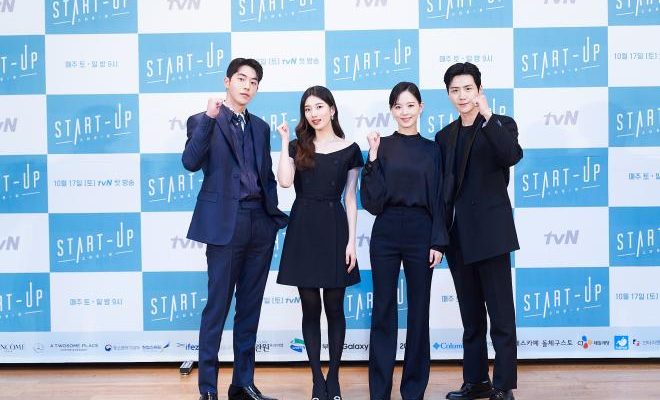 Slated to launch this weekend, the main cast and director of eagerly-awaited tvN drama, Start-Up, held a media conference sharing exclusive insights about the series.

Greeting the media people via an online press conference, Director On Choong-hwan set the mood by detailing the starting point of the series. He shared how the idea about youth starting up a business was conceived two years ago. 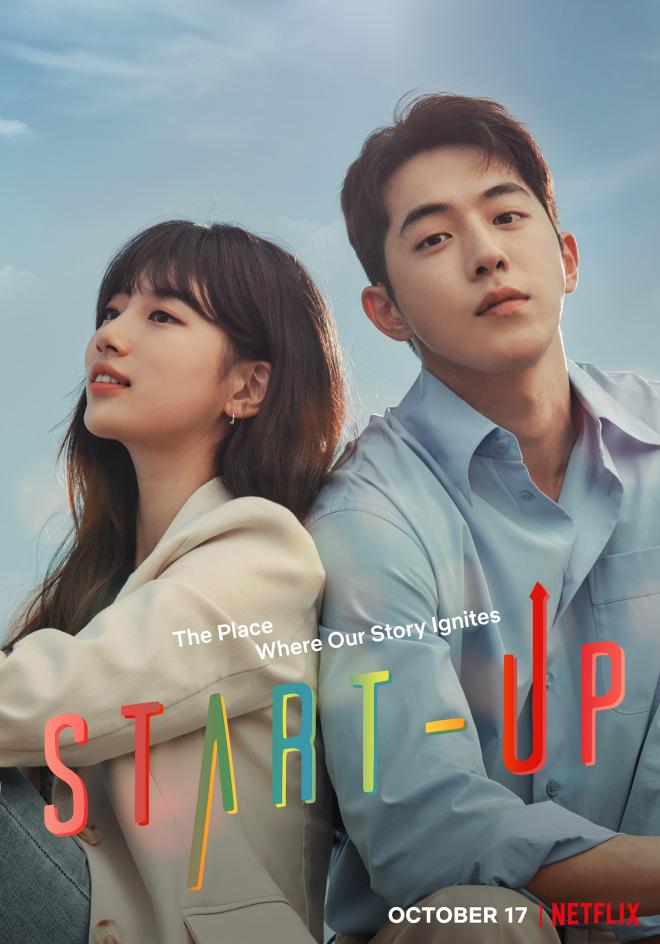 A story about young people carving their careers

Following the trend of youth stories that inspire, Director On nods on how the themes that will be covered in Start-Up follows the growth of the characters.

“You’re going to watch our characters grow and foster friendships with one another and also learn life lessons and learn more about who they are. It’s about love, but not just about love. It’s about having a vision for your life and working hard for your vision,” the director hinted.

“As you can see from the title, it’s “Start-Up.” It’s encouraging and people who want to go up will go up as they start out. All four of them will go through a challenge and they all grow up in the sand box.”

Sandbox, the fictional Silicon Valley of South Korea in the series, is where the main characters of Start-Up will connect.

Further expounding on the characters, Director On described the four main leads in detail.

Reuniting with Suzy, the director said, “I’ve worked with Suzy before and there’s this kind of energy about Suzy that you want to encourage and want to see grow.”

He also revealed how Nam Joo Hyuk impressed him in his performance in the drama The Light in Your Eyes. Hence, they thought he’d be perfect for a developer who grows by relationships and by meeting different people.

Proving he knows his cast well, Director On continues spilling details about the cast.

“Kim Seon-ho is an actor I’ve always been a fan of. He has a clean, but complex aura. He seems very sharp, but he’s a softie on the inside. Such a cute and friendly character. Han Ji-pyeong also has a sharpness about him but also has a softness within him.”

Lastly. he described Kang Han-na’s character as the loneliest out of the four characters. She has relatively less scenes and lines, but there’s something about her energy. She’s strong and complex, but also very warm.

Proud of the main characters of his new series, he takes pride on their perfect visuals as well.

Answering some of the questions prepared by the media people, the lead actors responded to what drew them to work on Start-Up. They also relayed insights about their characters.

Portraying the role of Seo Dal Mi, she dreams of becoming Korea’s Steve Jobs. Dal-mi doesn’t have a fancy background but she’s passionate about her work. She has bright energy and is a person of great vitality, having experience in a wide range of part-time jobs.

“I was drawn to the story and the complex relationships. Start-Up felt original and fresh. I also enjoyed the encouraging message for youths,” Suzy said.

She added how she worked with writer Park Hye-ryun for my first appearance in a TV drama, so they have a meaningful relationship. Start-Up being the actress’ third project with writer Park and second collaboration with Director On, makes her look forward to show how much she has grown as an artist.

Giving a quick peek to her character, she said, “My character Dal-mi meets a lot of different people. I looked at the script a lot to
portray how different she is when she interacts with different people including her first love Do-san, her grandmother, mother, and others.” 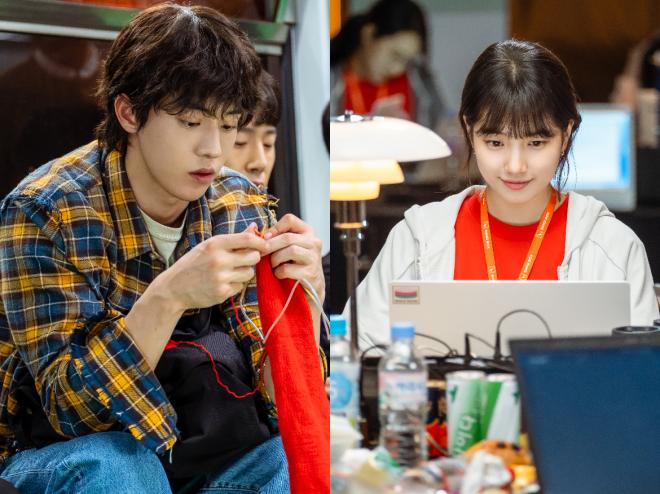 Suiting up to a “Math genius” role, Nam Joo Hyuk conveys his preparations to his character.

“I felt like his character was still incomplete when I first read the synopsis. So I thought that I could add more to this character and fill the void together if I took on this role. The character seems a bit lacking, but as the story unfolds he grows.”

He also noticed similarities with his new role especially since they are around the same age.

“I saw some overlapping relationships with my character. We are around the same age, so I could feel what he’s feeling. I wanted to grow together with Do-san.”

Nam further remarked how portraying Do-san made him looked back on his life but also looked forward to his future.

“I really identify with my character. To relate to my character, I looked into myself. It was not hard to pull off the nerd aspect of my character because I realized his qualities were within me. When I get nervous in real life, I tremble so I used that in my acting.”

Elated about his new venture, the actor promises how Start-Up threads warm, comfortable and fun notes, different from other dramas which capitalize on spicy and juicy elements.

“When I read the script, there was a lot of excitement. This show was quite different from other shows because if you look at the lines and not only my character’s lines, but also the other character’s lines and the ending scenes of each episode, I felt compelled to continue reading.”

Sharing a bit of his character, he said Ji-pyeong is the epitome of a rich and successful person. He also shared how writer Park is very thorough. She gave him a lot of reference materials and he also worked on the speech style of his character. 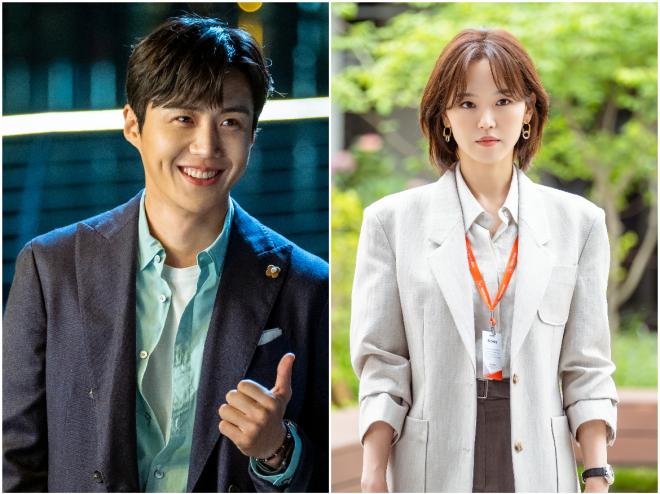 Rounding up the main cast, Kang Han Na takes the role of Won In-jae. She is a second-generation chaebol CEO who has everything people desire – good education, beauty and money. But her background seems to be working against her in the startup world, as she struggles to create success on her own and be acknowledged for her skills.

To bring her character even more to life, the actress cut her hair and showcase the face of an amazing businesswoman. Kang hopes that viewers can relate to her character and cheer for her personal happiness. 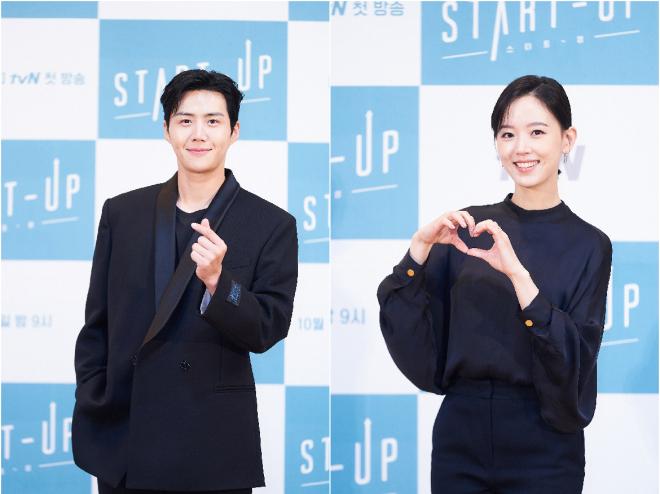 Nam Joo Hyuk and Bae Suzy both have great expectations for their lead pairing. They both agree on how they have great chemistry on-screen.

Likewise, the rivalry between Bae Suzy and Kang Han Na is not to be missed. Kang Han Na touched on their characters’ subtle conflict and sisterhood off-camera.

“Suzy, as we all know, is so loveable so it was difficult for me to bring my claws out to the character Dal-mi. While we are sisters who hate each other, on set we have a great friendship and I hope you can look forward to the chemistry between us.”

Supporting her co-star’s words, Suzy added, “In-jae is a very cold person, but Han-na is a bubbly and charming person so there was some confusion for me between the real Han-na and the character In-jae. While we had to maintain some tension between us, there were times when we broke out of character and laughed.”

Bromance is also in full swing in Start-Up. Nam Joo Hyuk and Kim Seon Ho are up for quirky moments to anticipate in the series.

Revealing a cute anecdote, Nam Joo Hyuk amuses the audience when he shared how Do-san and Ji-pyeong would have a difficult relationship if it was something in real life.

“Do-san is not someone you see every day. As I did my lines, sometimes I myself came out. There are some times when I felt sorry toward Ji-pyeong for saying these lines as Do-san. Those were times we had to film again because it was so funny and we broke out into laughter.”

Praising his fellow actor, Kim Seon Ho narrates how Nam Joo Hyuk is sincere and real about everything.

“Everything he does feels so real. I would just follow along with that energy and it was really fun. For chemistry, mutual trust is really important. Sometimes he would improvise and it would be Do-san himself. It was amazing.”

From helping the actors to prepare for their characters, the creative team of Start-Up has been doing a great job to bring out an amazing story to life.

Mentioning how both the staff of the drama and production team of variety show 2 Days 1 Night being considerate of his schedule, Kim Seon Ho is cutely burdened how people who watched him first in the variety show might feel awkward with his transformation as suave character in the series.

He was also shocked to learn Director On’s confession that he is a fan of his show and he has talked with 2 Days 1 Night creator to better have an understanding of his personality.

Taking pride of minimal mistakes during the filming because of on-point preparations, Director On humors the media by confessing the outtakes are caused by frequent laughter because of the characters improvising their lines.

Showing his commitment to helm a remarkable story that will comfort audience, the director left a meaningful note.

“When I work on drama series and when the talent gets on set, I believe it’s important to create a space on set where they feel comfortable to do their art. All the actors feel like their characters to me. They really embodied their characters.” 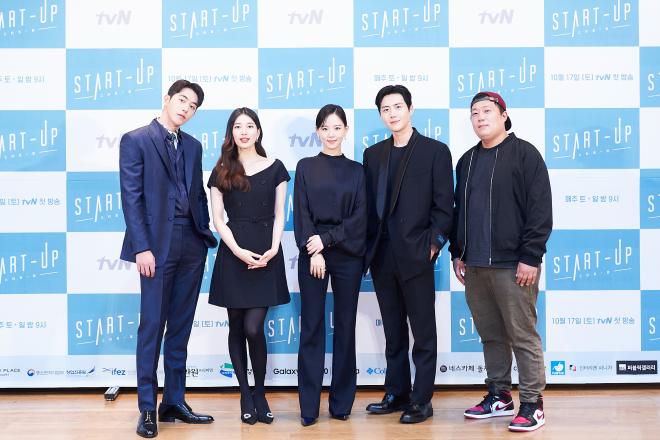 Closing the conference, Team Start-Up invited viewers to watch the domestic and global premiere of Start-Up.

“Due to the coronavirus pandemic, these are tough times not only for us, but for many people. However, working on this series actually comforted me and helped me heal. I feel that this is the kind of energy people who watch our drama will feel. I hope that viewers can feel comforted, heal some wounds, and cheer up people who are feeling down,” said Director On.

Suzy added, “Throughout the production process, I was comforted by the screenplay. It helped me take a look back on my life and feel comforted. It’s a very heart-warming story. I hope you can watch it with a warm and joyful heart.”

Making a convincing pitch, Kim Seon Ho narrated how he saw an edited version of the series a few days ago. He said, “I was taken aback by how beautiful, how encouraging and wonderful our scenes looked. I think it’s something the audience will feel. I hope you all enjoy.”

Finally, Kang Han Na assures how Start-Up is truly a sparkling story that will create a fire in viewers’ hearts. “It’s a good drama to watch with someone you love, your family, or even on your own. I hope you tune in for the first episode on the 17th.”

Start-Up premieres on October 17 on tvN and will be released exclusively worldwide on Netflix. 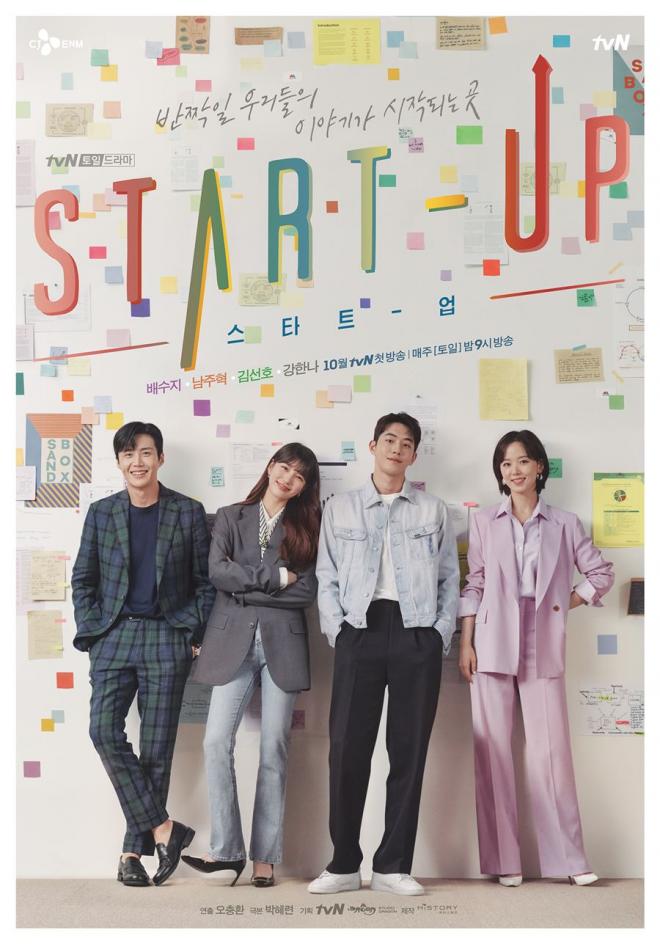