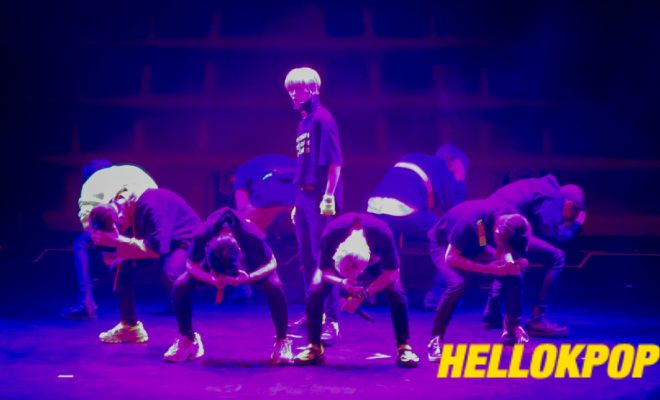 A night full of everlasting memories was made by Stray Kids and Filipino Stays during the recent Unveil Tour in Manila!

Stray Kids rocked the Manila stage for the very first time as the boys brought their fiery performances over on April 27 at the Araneta Coliseum for the Philippine leg of its UNVEIL TOUR “I am..”.

Opening the night with a fiery performance of “Hellevator”, the members took over every corner of the stage with their powerful raps, outstanding vocals, and on-point, synchronized choreography. It was followed by an unforgettable performance of “Grr”, where the angst shown by the nine boys overflowed even more on the live stage, and “Awaken”, to which Han shared was their first time performing live ever and thanked fans for their loud cheers.

The group also sounded the alarms with burning hot showcases of their top hits like “My Side”, “District 9”, “I am YOU”, and “Victory Song”.

Additionally, Stray Kids members showed their versatility as they set aside the powerful, heart-thumping beats to make way for more mellow and heartfelt stages. While bringing an ocean of blue to life, Stays ended up drowning in emotions as the boys took everyone away through their sweet, soft voices in “Mirror”, “Insomnia”, and “Voices”.

Showing just how well-deserved their title of 2018’s “monster rookies”, the boys also lit up the stage with a hype-filled stage of “My Pace”, where they took their time in giving an excellent performance for Filipino Stays.

Stays got lost in the group’s maze with their most recent song “Miroh”, setting a bigger fire to an already very lit stage. 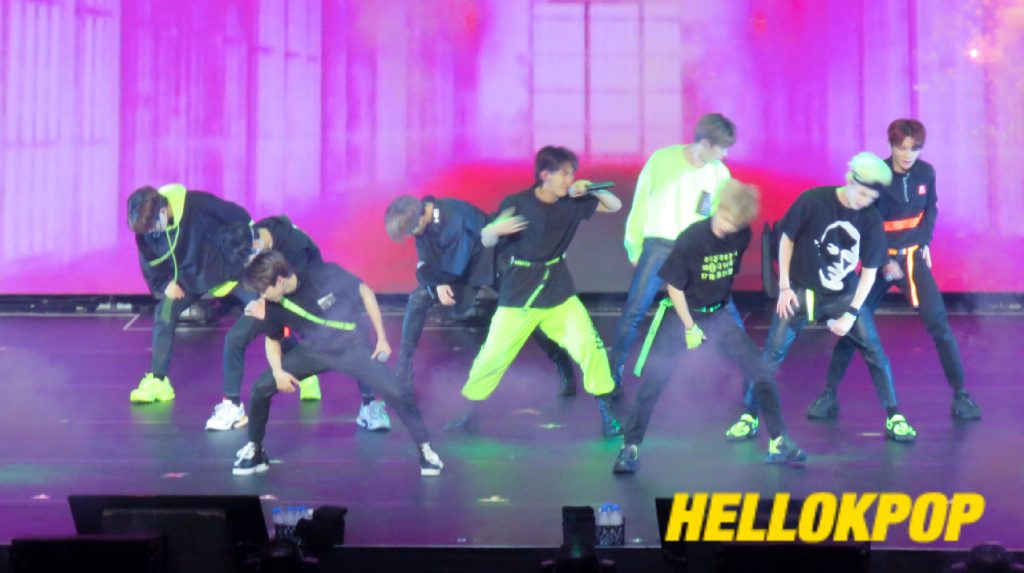 During their ending ment, Woo Jin received a round of birthday greetings from fans, who loudly cheered for him by singing a birthday song.

“I’ve been here in Iloilo to study English, so I guess I owe this much to the Philippines. The fact that today I’m able to give back the happiness I received makes me fulfilled. Mahalaga kayo! (You’re important!),” he shared before the outflow of greetings. 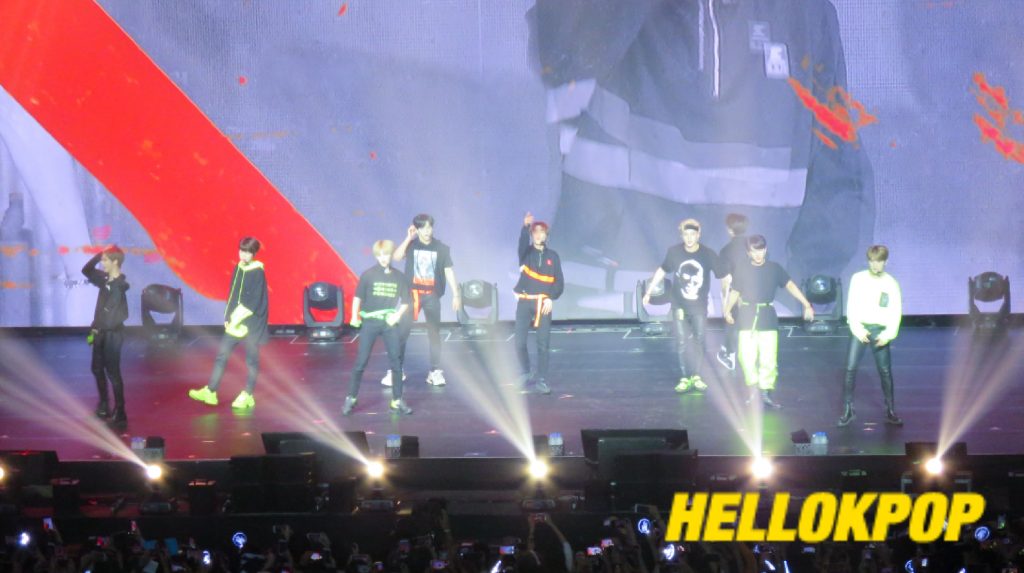 Additionally, Bang Chan addressed an event close to a lot of Filipino Stays’ hearts — the recent earthquake which hit the country days before the boy group arrived for the concert.

“We’ve heard about the earthquake that happened in the Philippines and we’re really saddened. The first thing that came to mind was our PH Stays. We wanna send out our deepest condolences to the ones who are affected and hope you find hope through us,” he told everyone, earning a lot of “aww”s from the crowd. 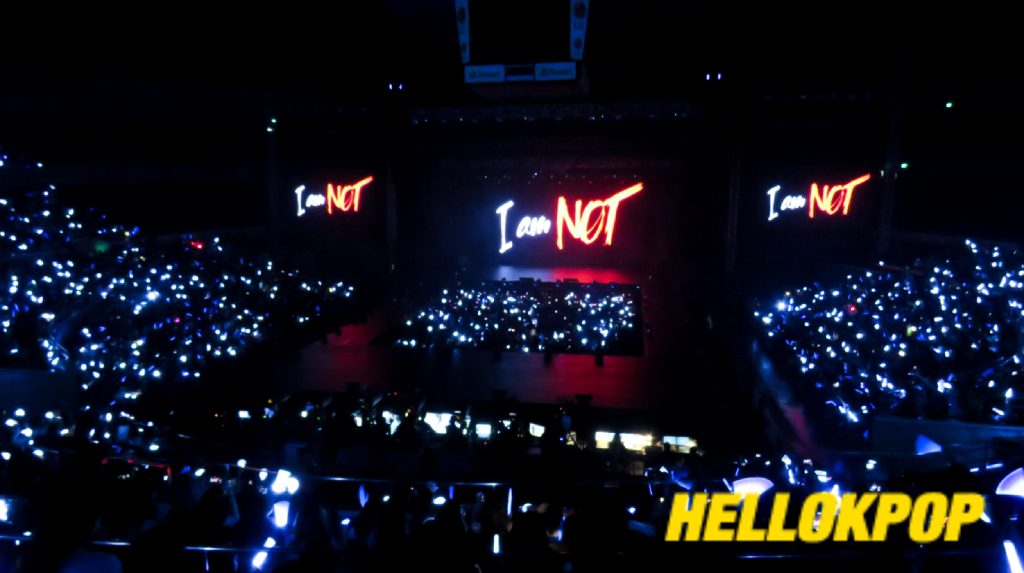 Finally, the group said goodbye to Stays with a performance of “Grow Up”, looking extra soft and ethereal clad in white outfits.

Thanking everyone for the full energy, love, and support they showed that night, Stray Kids members posed an everlasting promise to their Filipino supporters of always being by their side and doing their utmost best to make everyone happy and proud. 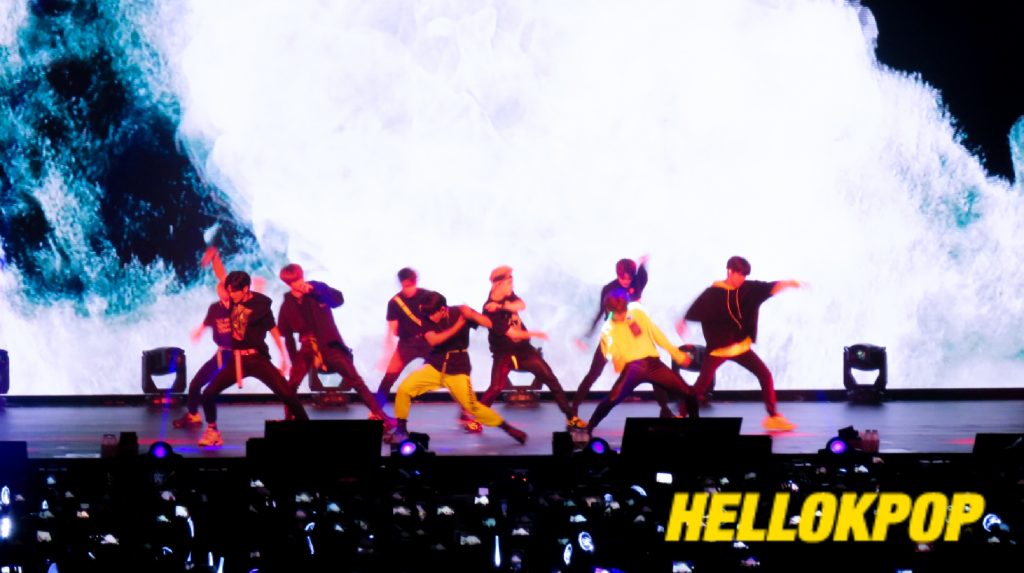 Hellokpop extends its gratitude to PULP Live World for the invitation to the event. The concert was covered by Yann Magcamit for Hellokpop.