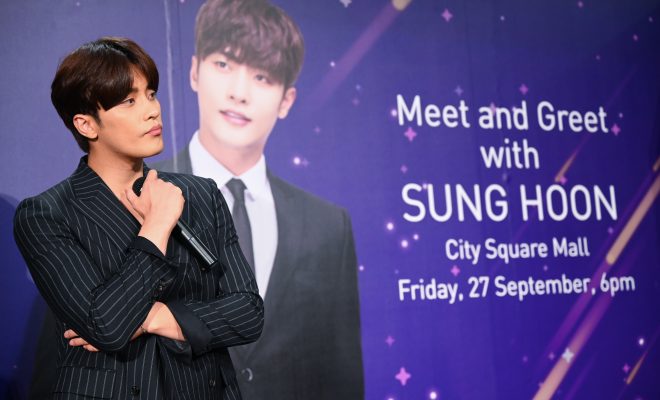 A delightful treat was powered by StarHub for fans of Sung Hoon in Singapore!

Fans of South Korean star Sung Hoon had an eventful time during his Meet and Greet Event which took place on September 27 at City Square Mall in Singapore. 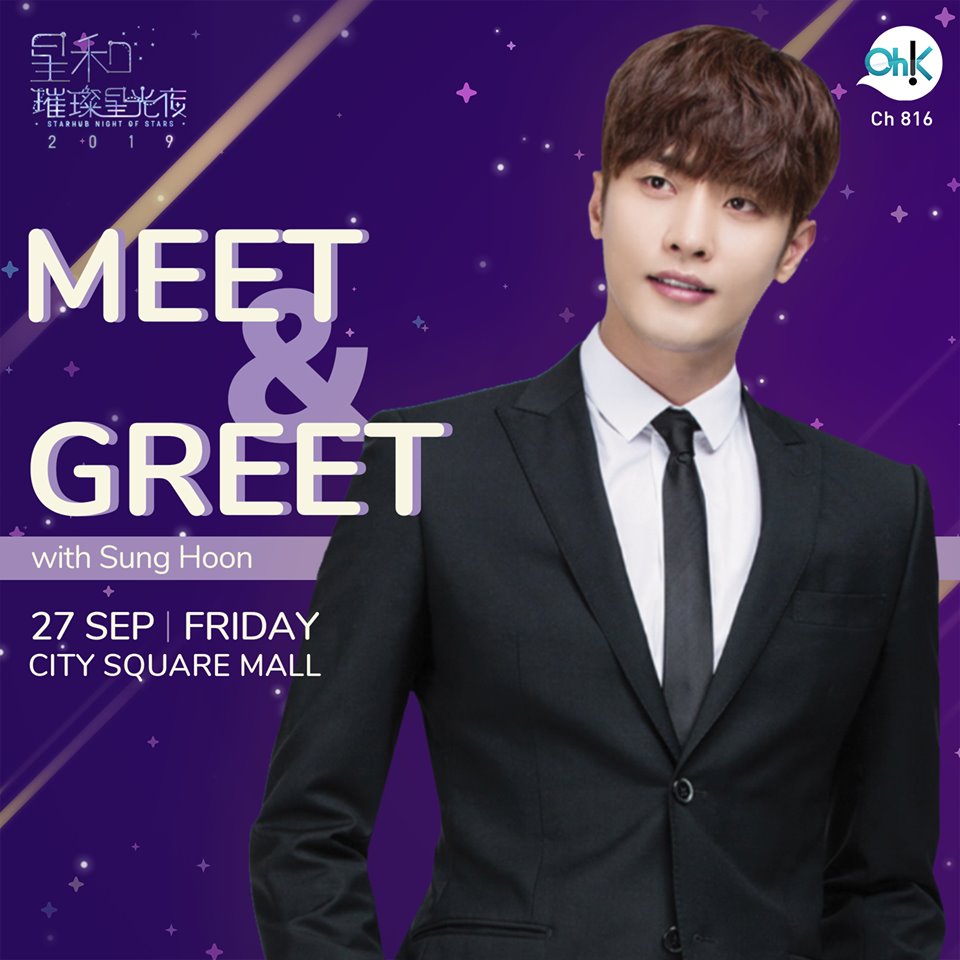 The event was conducted by StarHub in partnership with Oh!K marking the commencement of a series of Meet and Greet that will be conducted prior to the main event of StarHub Night Of Stars 2019 on November 24. The day for the meet and greet session was special one for organizer partner Oh!K as it marks its 5th anniversary. 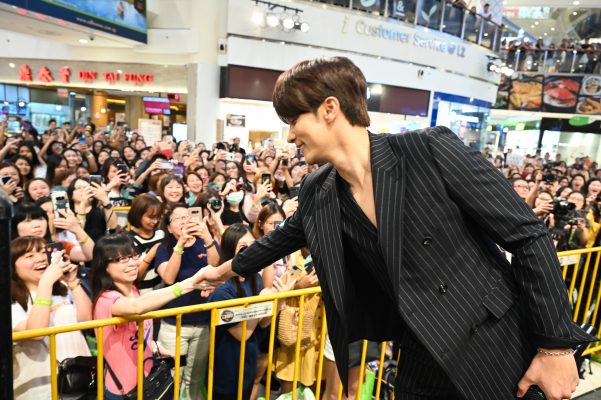 Prior to the meet and greet session, Sung Hoon graced a press conference where he talked about his experiences while shooting his variety show I Live Alone. He says that he found the entire filming process comfortable as he was just being himself.

Then, he further talks about his love for animals and how he wishes to bring his dog, Yanghee everywhere with him. Therefore, he wants to purchase a private jet and wishes to be as rich as his drama characters. 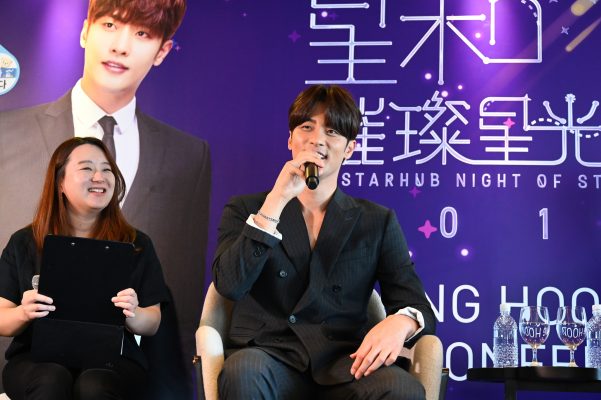 MEET AND GREET WITH THE FANS

Upon entering the City Square Hall, fans greeted Sung Hoon with their enthusiastic cheers. In a series of events for the evening, three lucky fans got the opportunity to play a game with Sung Hoon.

In the game, the fans had to convince Sung Hoon to try out their favorite local dish. There were three options namely, Hokkien Mee, Carrot Cake and Ice Kachang. The person whose dish gets chosen will be declared as the winner. However, Sung Hoon had difficulty in choosing one dish. Therefore, the three fans had to play a game of Rock, Papers and Scissors to decide on the winner. Thereafter, the winner won a pair of tickets for the main event of StarHub Night of the Stars 2019.

Furthermore, to thank his fans Sung Hoon went forward down the stage and shook their hands. He also presented a gift to one of the fans among the audience. 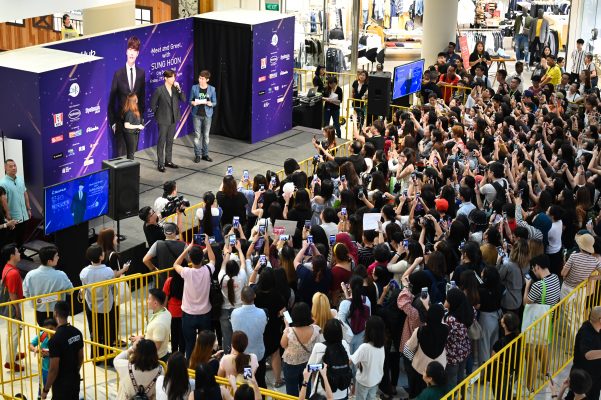 CLOSING OF THE EVENT

The event ended with a series of photo sessions with the actor. Also, 20 pairs of StarHub and Oh!K subscribers got the opportunity to get on the stage for a group photo with the actor. Even though he is known for his charismatic features, the actor got shy when he was asked to strike his three best poses. So, he adorably used a dog plushie as a prop and signed off the event with his victory pose. 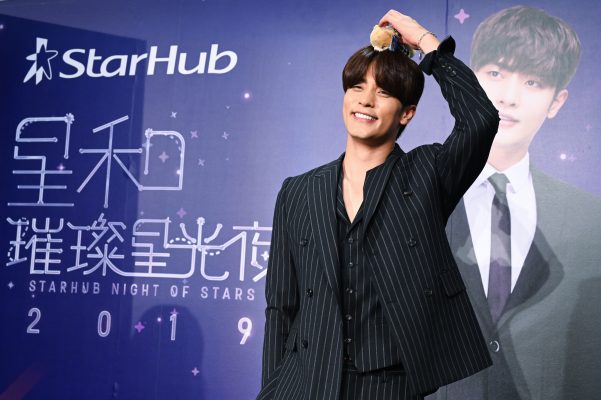 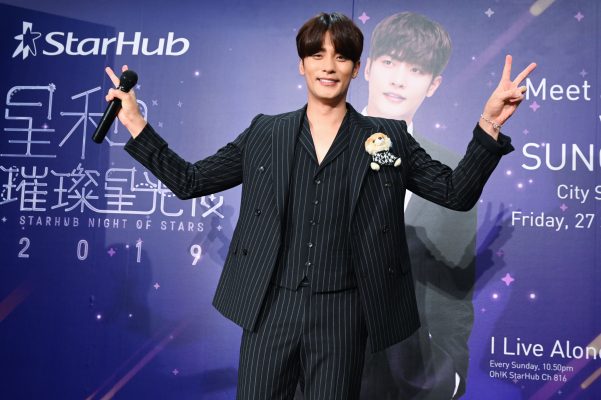 Sung Hoon is a dynamic actor who is known for dramas such as My Secret Romance, Sound of Your Heart Reboot and Level Up. Fans are also loving his appearance in variety show I Live Alone which is nominated for Favorite Variety Show Award at the StarHub Night of Stars 2019.

To show support for Sung Hoon’s show I Live Alone, visit StarHub’s Facebook page now as this award is solely decided by the audience.