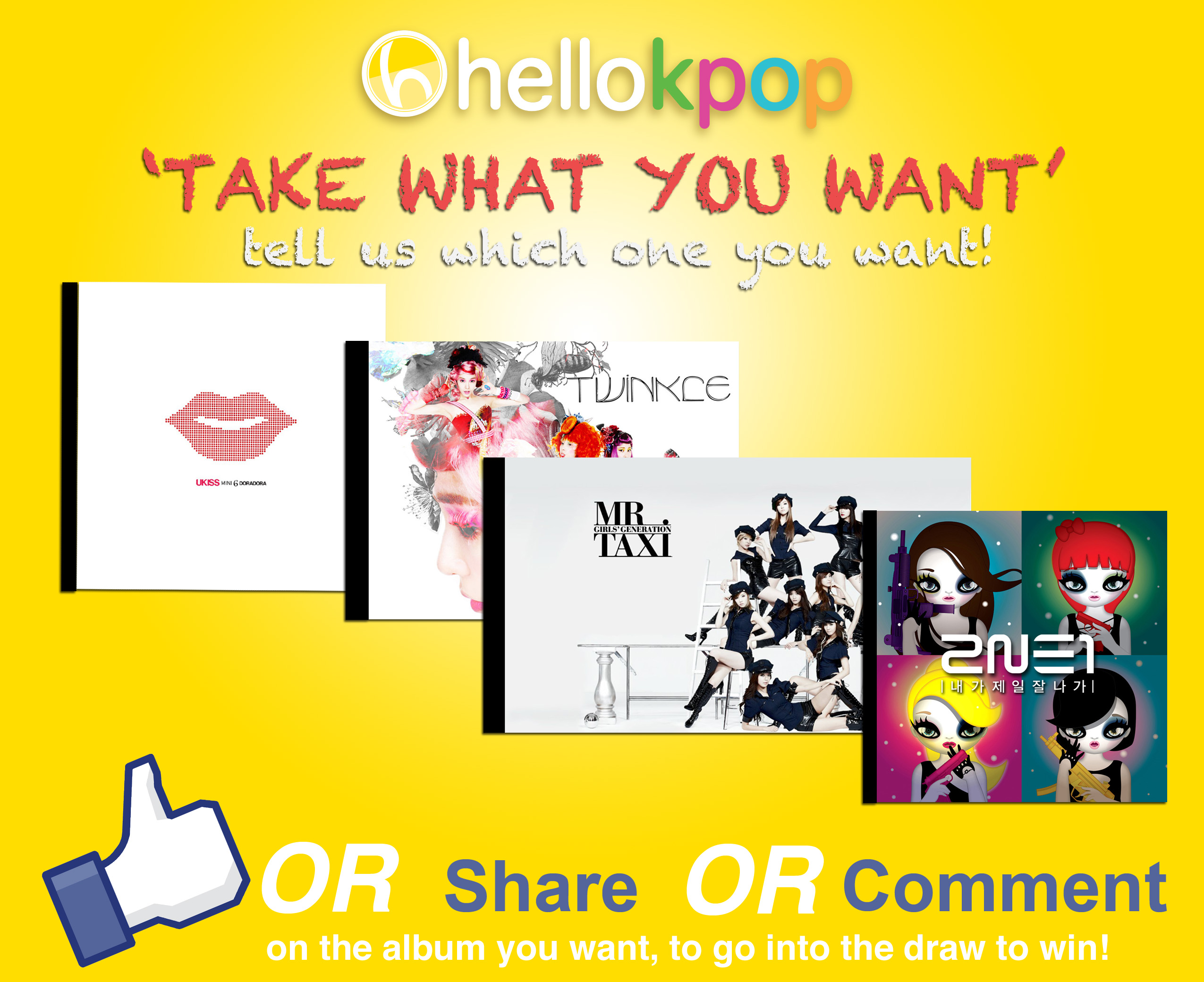 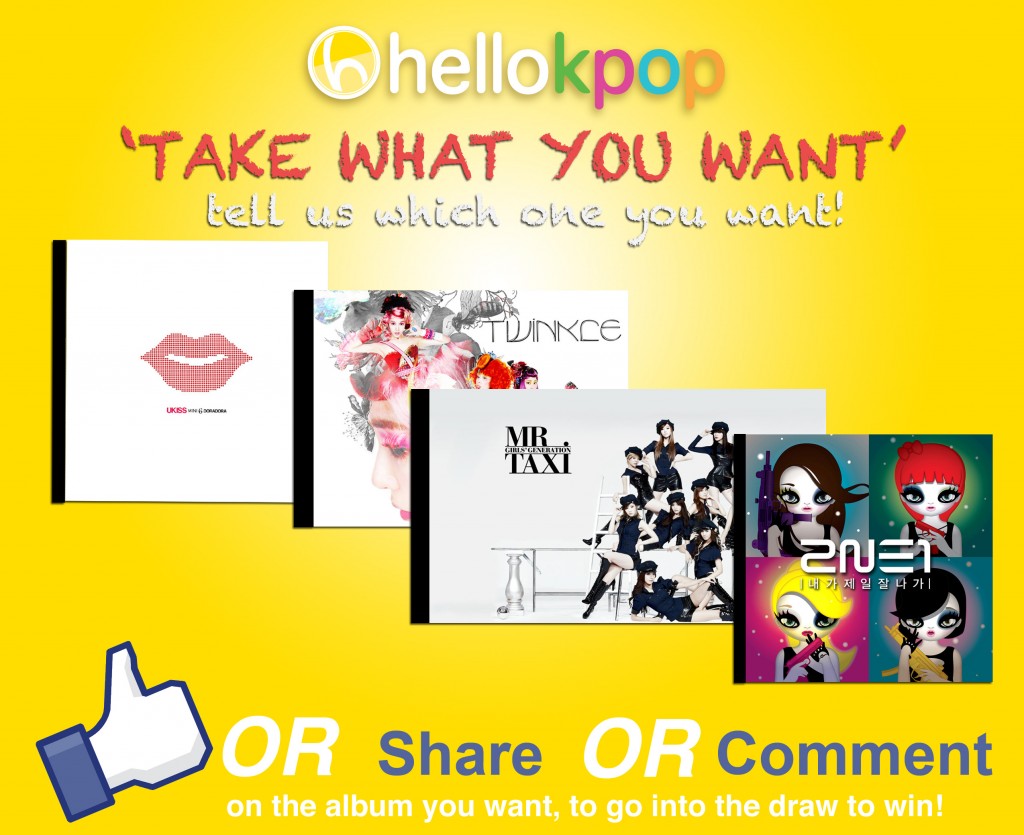 We are dazzling with our new website and we thought it would be nice to kick-start the celebration with these awesome albums. Over the next few days, you will see new features being added onto the website and more contests and give-aways over the next few weeks – trust us, you will want to keep an eye out for the prizes we have lined up!

This contest is simple, we have the following albums to give away: UKISS’s DORADORA, Girls Generation (TTS)’s Twinkle, Girls Generation’s Mr. Taxi and 2NE1’s 2nd mini-album – and guess what? We’re going to let you tell us which album you want and we will give you the chance to win these awesome albums!

So, which album do you want? Head over to the Facebook page to tell us which one you want!

*The competition will end on 14 July, 2012. Any foul or un-apprioriate comments will automatically be removed and the user will be reported to Facebook for misuse of conduct.

Remember, this is just the beginning of what we have to give-away. Watch this space!