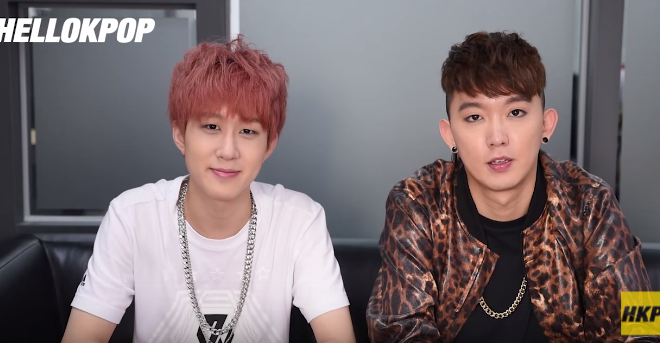 Type:b, The Latest Korean Duo That You Should “Hip-hop” To

Type:b is a new hip-hop duo created by AQ Entertainment. Members Isaac and Zi-Nu named the group as Type:b, after they discovered they both have blood type B. The two artists are not new to the music industry, as they were rappers from their previous groups. Isaac debuted with M.I.K back in 2012, and Z-Nu with VICTOR in the same year as well.

For our readers to know Isaac and Zi-Nu better, we have the privilege to conduct an interview with them recently.

In the interview, the charming boys revealed what they will call themselves if their blood type happens to be different. They also explained the message behind their debut single Feeling Down, first impression toward each other, the type of music they will be progressively making, and past experiences in their previous groups.

Finally, the artists shared that they will be heading to a number of countries to promote their music from now till end of the year.