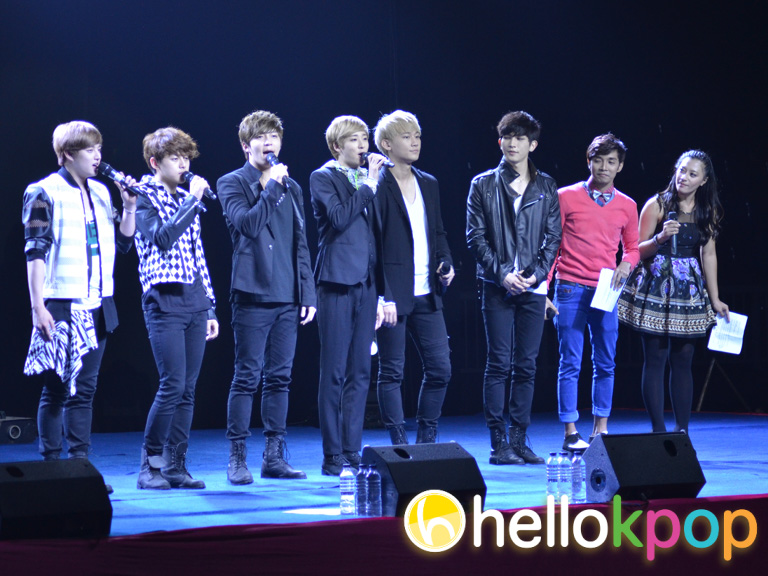 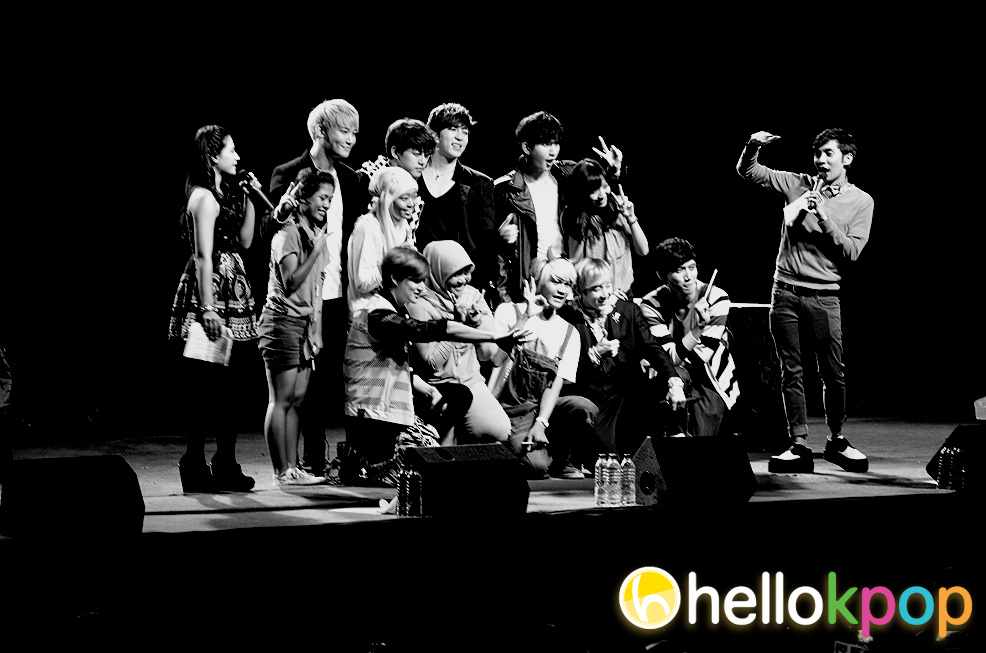 Soohyun confessed, “I love girls who like smiling a lot.” He also praised fans at the venue by saying, “Indonesian girls are very pretty especially their smiles.”

Kevin said he loves cute girls who do aegyo. “I love unyu girls”, he said while doing the aegyo pose, receiving lots of screams from Indonesia Kissmes. Unyu means ‘cute’ in Indonesian slang.

Eli, who didn’t want to lose out from Kevin’s knowledge of Bahasa, showed off his language skill when he revealed his ideal girlfriend type. He said that his ideal girlfriend must be pretty, and he said it with Sundanese language, “Geulis,” meaning ‘pretty’. When he was asked if he could be on We Got Married with an idol, Eli chose Miss A’s Suzy because she could be cute and pretty at the same time.

Kiseop said that he loves a cute girl with tiny figure. When the MC asked why, he answered romantically, “So I can always hug her.” Maybe that’s why he chose actress Goo Hye Sun when he was asked to choose an idol if he could be on WGM. 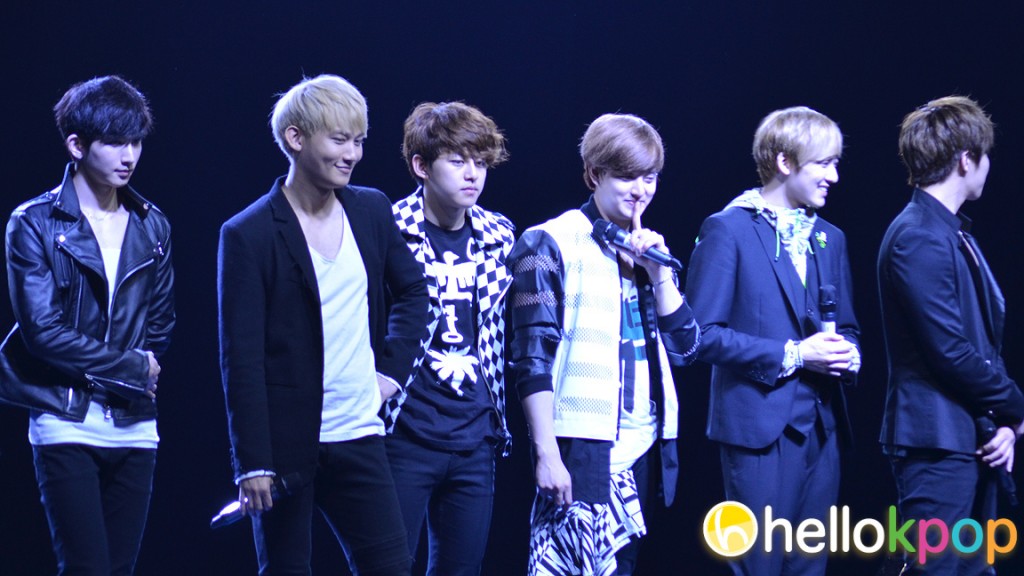 On 27 April, U-KISS finally held their showcase at Britama, Arena Sportsmall in Indonesia (with the absence of Hoon) after being postponed due to the flood situation in Jakarta earlier on.

For about an hour and a half, Indonesia Kissmes were being entertained by various games, free hugs for lucky fans, and song performances. The show was opened by U-KISS’ Without You. After the six members greeted the fans, the showcase continued on with various games; transferring marbles with chopsticks, cooking time and solving puzzles, with lucky fans randomly picked to play together. U-KISS boys were thrilled to play games with fans, especially the cooking time when they have to make Indonesia food salad called Gado-gado. 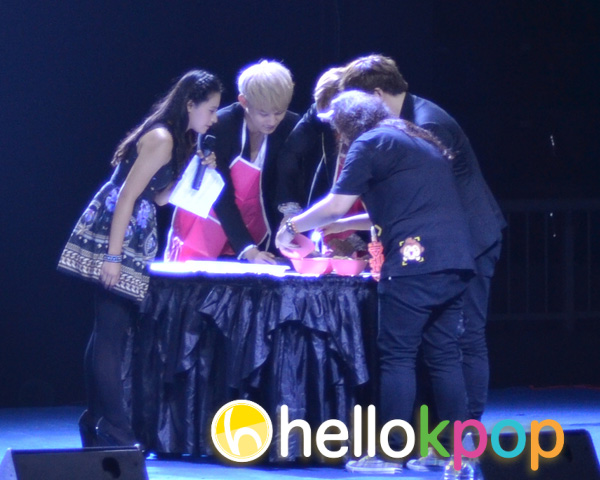 When they were asked to wear aprons, Kevin blurted out, “Is this what you called with ‘celemek’?” (Tran: celemek means apron in Indonesia). When he was required to use the Indonesian traditional cooking equipment called mortar, he also commented cutely by saying, “This is so hard!”

After the entertaining games, Q & A session and handing over of donations for previous charity events, Kpop-affiliated Indonesia boy group S4 heated up the stage with their hit single, She’s My Girl (with the absence of Arthur). uBeat took over the stage after S4’s performance by singing their latest hit, Should Have Treated You Better. There were also duet performances from Kevin feat Soohyun with Remember, and AJ feat Kiseop with Obsession. 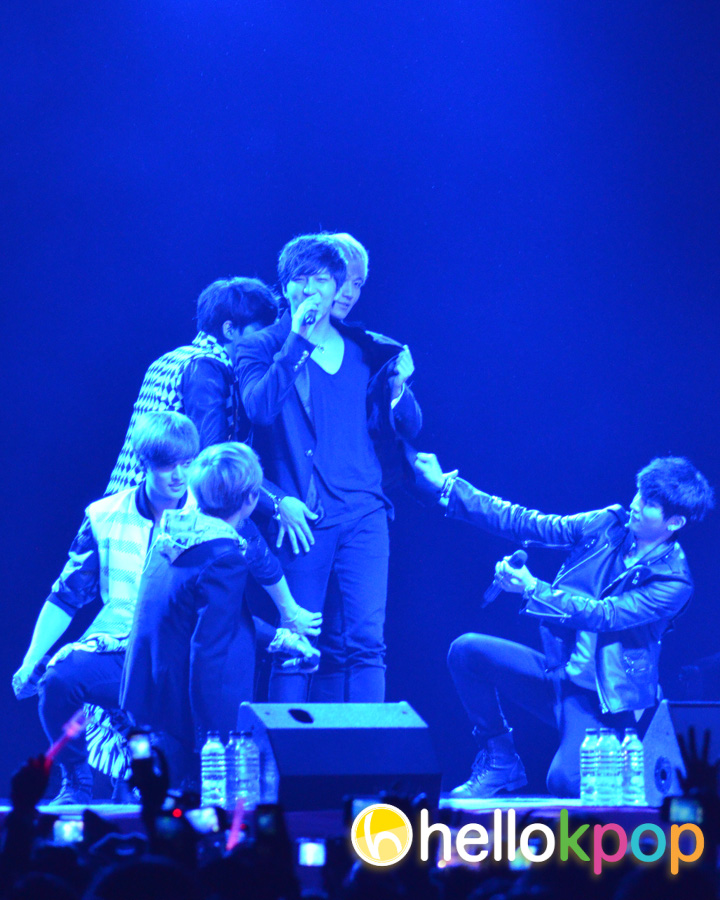 The six members came together on the stage to continue their set list with the following hit tracks; Someday, Man Man Hani, and the final song, Lifetime for Kiss Me. Despite shouts of encore after the last song, the showcase was over. Before U-KISS left the stage, they waved to fans thankfully, with Eli giving a goodbye kiss to all Indonesia Kissmes.

It was a short time together but to the Indonesia Kissmes, it was more than what they asked, for they finally got the chance to meet their idols up close through uncertainties when the originally scheduled showcase was put on hold due to the Jakarta flood disaster.

On behalf of Indonesia Kissmes: Thank you for coming to Indonesia, U-KISS! 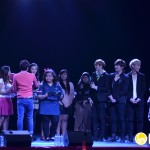 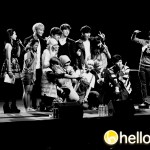 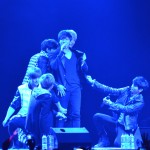 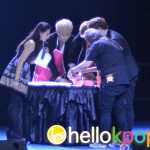 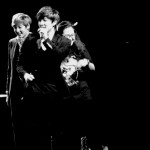 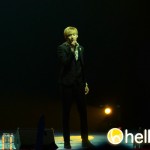 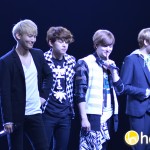 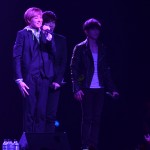 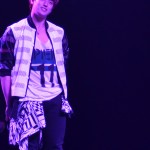 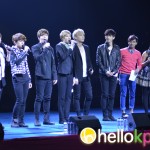 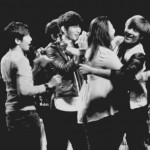 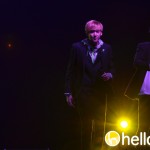 Special thanks goes to Oppa Oppa Live for the media invite!