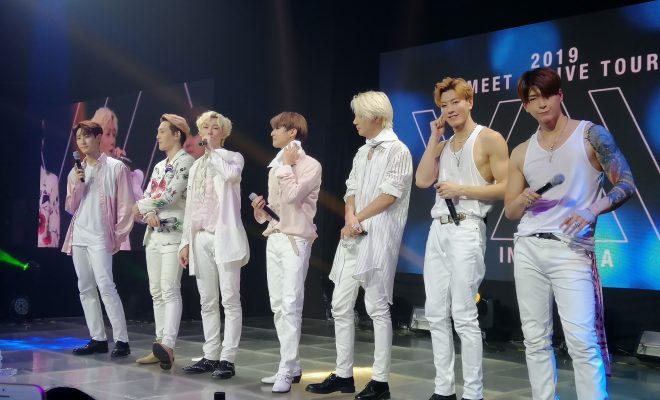 It was a global phenomenon like no other as VAV brought their very amazing performances to Manila.

Despite the humid rain, the atmosphere inside the SM North Edsa Skydome was filled with excited energy as the enthusiastic Filipino Vampz waited for VAV to finally dominate the Manila stage.

The intimate venue made the ambience warm and comfortable for the waiting audience – and once the lights dimmed to signal the start of the concert, screams filled the hall.

On August 7, VAV successfully heated up the Skydome as they opened with “Give Me More”. Their smiles were as wide as outer space as they saw the lively crowd before them. They rode along the wave of energy and followed the opener with “Señorita” for that explosive Latin pop experience. 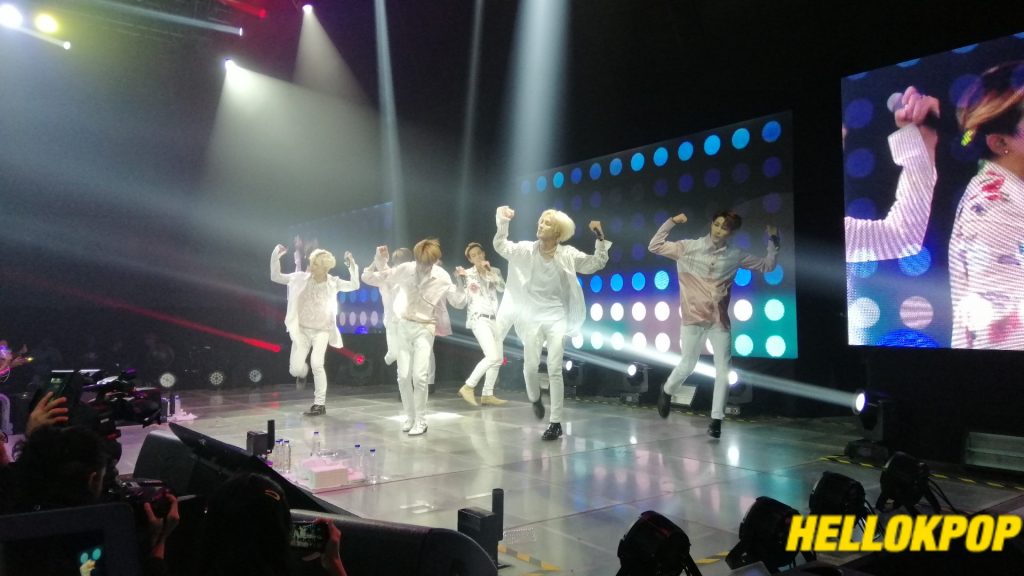 After an ecstatic entrance, the septet said their greetings with very charming Tagalog phrases. Lou, the resident English speaker of the group, addressed the crowd first, expressing his excitement.

A very chipper Ziu hyped up the crowd next saying that Filipinos are kind and beautiful. In the midst of the greetings, Jacob managed to praise Filipino food by mentioning how delicious it is.

A playful Baron greeted the crowd by telling them “Ang ganda niyo!” (You are all beautiful!). Ace amped up the screams by shouting a very upbeat “Salamat po!” (Thank you!) to Filipino Vampz.

A party at the dome

After their affectionate greetings, they continued the party with “Dance With Me”. The audience also beautifully bloomed upon watching the boys perform “Flower (You)” and got schooled about fun with “ABC (Middle of the Night” afterward. 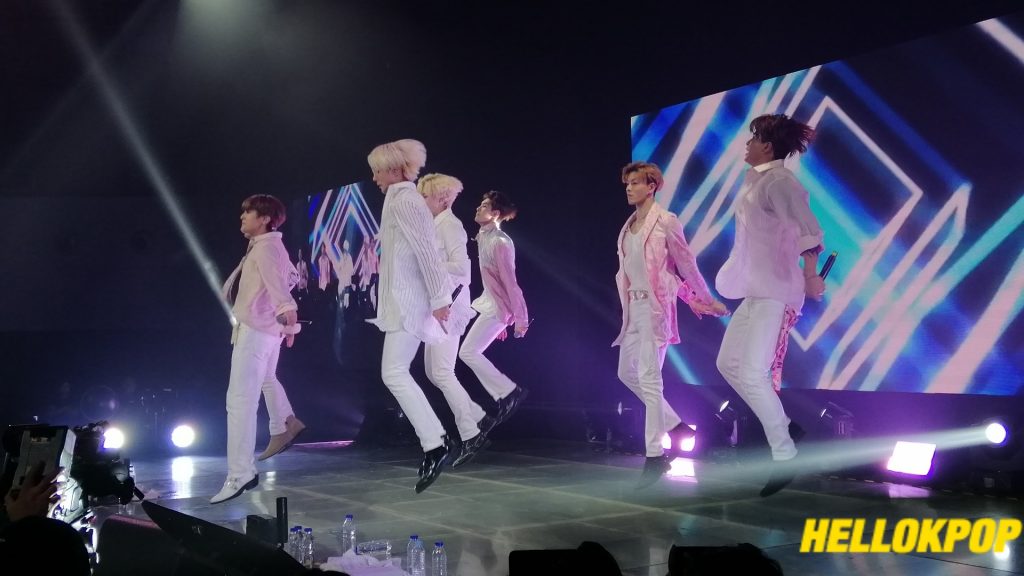 The highlights of the night approached as the group answered questions from the fans. The first question was addressed to Ace: “If you were a food, what food are you and why?”. Ace answered that he is spicy chicken because he’s so hot. On the other hand, Ayno received a request to do a daring dance and the idol happily delivered.

VAV delivered a jam-packed fan service during their second game by picking one fan each to fulfill their wishes. Among these was a young boy who was all smiles when the boys filmed a video only for him.

Baron became an added bonus when he took the boy on a piggy back ride. Meanwhile, a very charismatic fangirl picked Ayno to fulfill her morning alarm wish.

Next, a fan earned a special selfie with one member and she picked Baron as her partner. Speaking of selfies, another fan earned a blissful memory by taking a picture with the whole group. 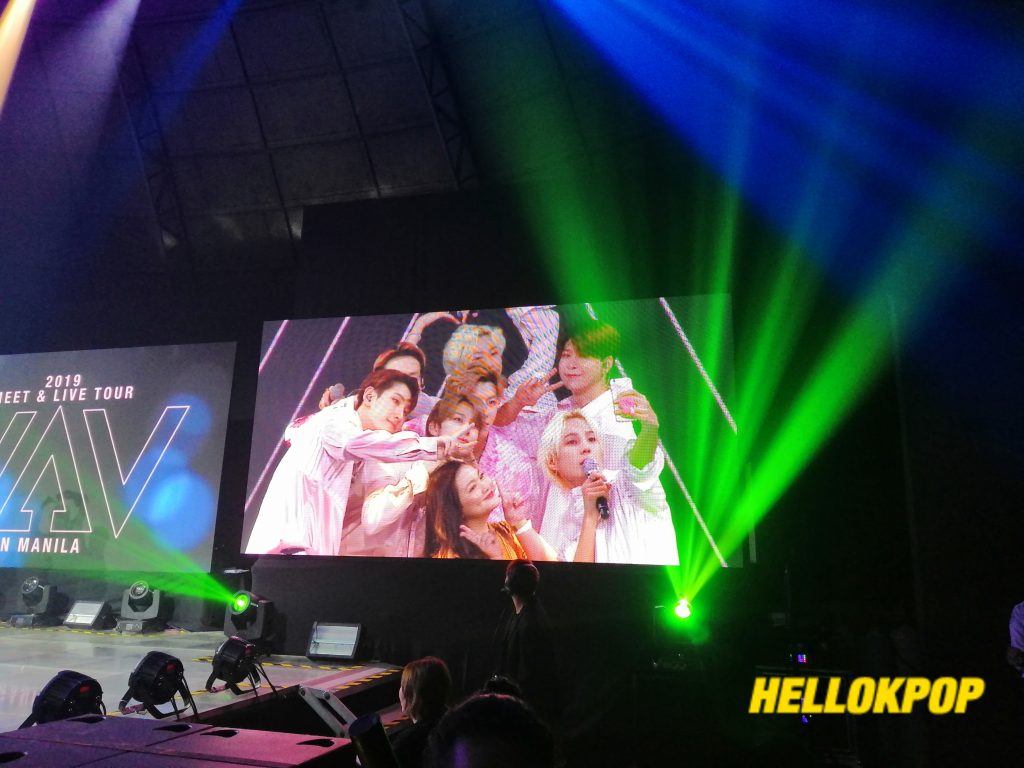 Ayno was picked again to do a girl group dance as well as an aegyo action. The smooth rapper granted the fan’s wish and danced to BLACKPINK’s “DDU-DU DDU-DU”. For the aegyo, he held her hands and threw a cute mini-tantrum while pouting his lips.

The final fan was granted a magical moment with a member – which is holding eye contact for 30 seconds. He held her hands and made sure that by the time they were done, she was swooning. 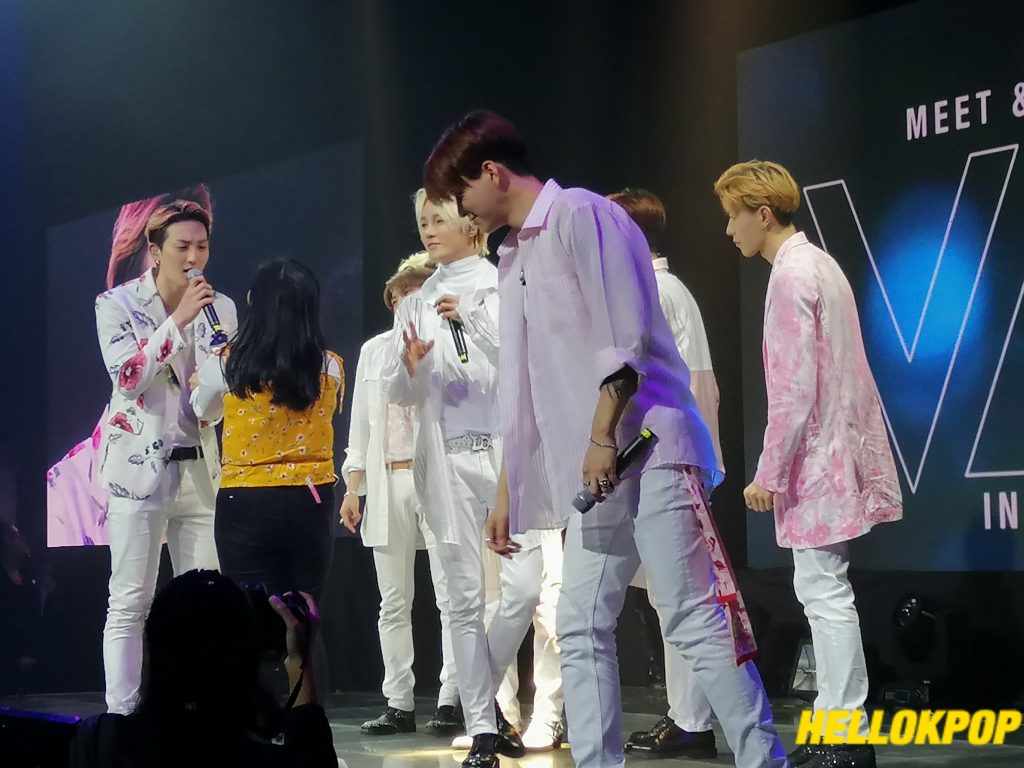 The special fanservice came to an end and the members thanked the fans who participated. Aside from their tantalizing games, the seven members also prepared special stages.

True to their Latin pop variety common they set the stage on fire with “Despacito”. Another one of their stages was Bruno Mars’ hip anthem, “Uptown Funk”. 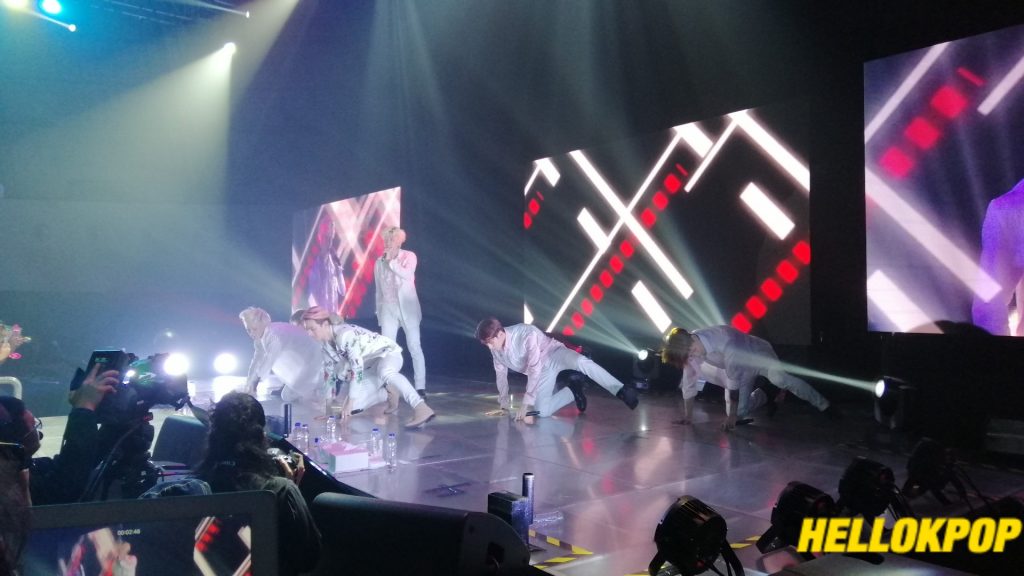 A certain rush of excitement filled the air when the first few beats of “Thrilla Killa” played. They performed it with six members, sans Jacob, because he wasn’t present at the time of release and promotions.

VAV followed it up with “I’m Sorry”, another track from their Thrilla Killa album.

Baron continued with his comments to express his hope to do the stage with Jacob next time. Jacob then stepped up to try the choreography and the people cheered for his initiative. 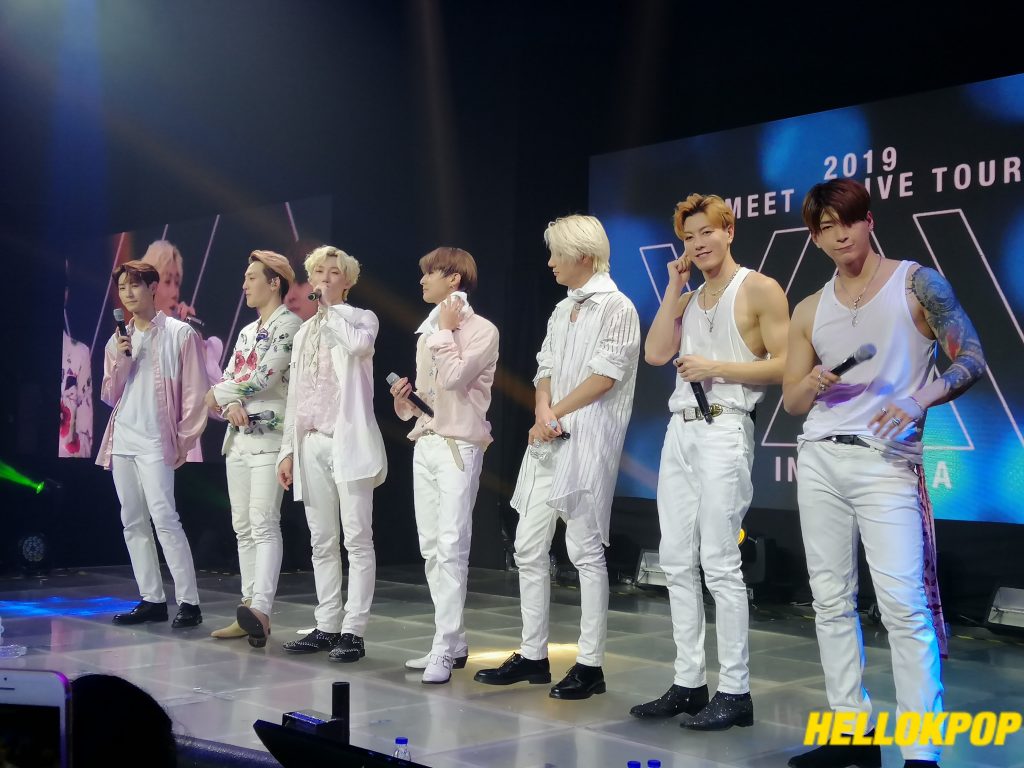 Meanwhile, Lou pointed out that some songs on the Thrilla Killa album was created by St. Van. Ace assured the crowd that they are all studying music production and composition to give fans a glimpse of their individual colors.

Living in the Spotlight

The “Spotlight” shone on the boys as the boys performed three songs from their third mini-album. They claimed Filipino Vampz as their own with “She’s Mine” and asked for everyone’s hearts on “Give It To Me”. Next, the dome was filled with colorful balls as the boys spread the fun with “Touch You”.

Jacob expressed his happiness because everyone celebrated his birthday with him during the concert. St. Van concluded their messages by saying “Thank you so much! I wish next time we’ll come back with a new album and [we’ll] see you guys again.” They invited everyone to take a picture with them and that’s where Jacob and Ace were surprised with birthday cakes. 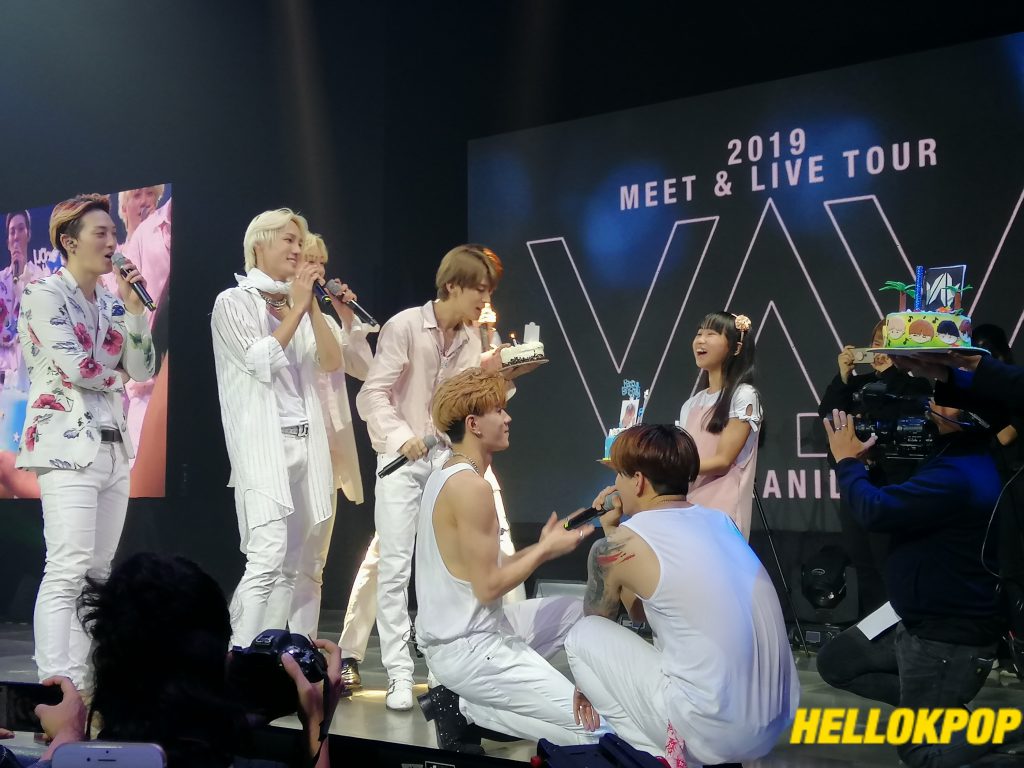 After that, VAV enjoyed an emotional fan project from Filipino Vampz. The group said a sentimental “Saranghae!” to the crowd which they warmly said back. St. Van asked the them to continue to support the group as well. 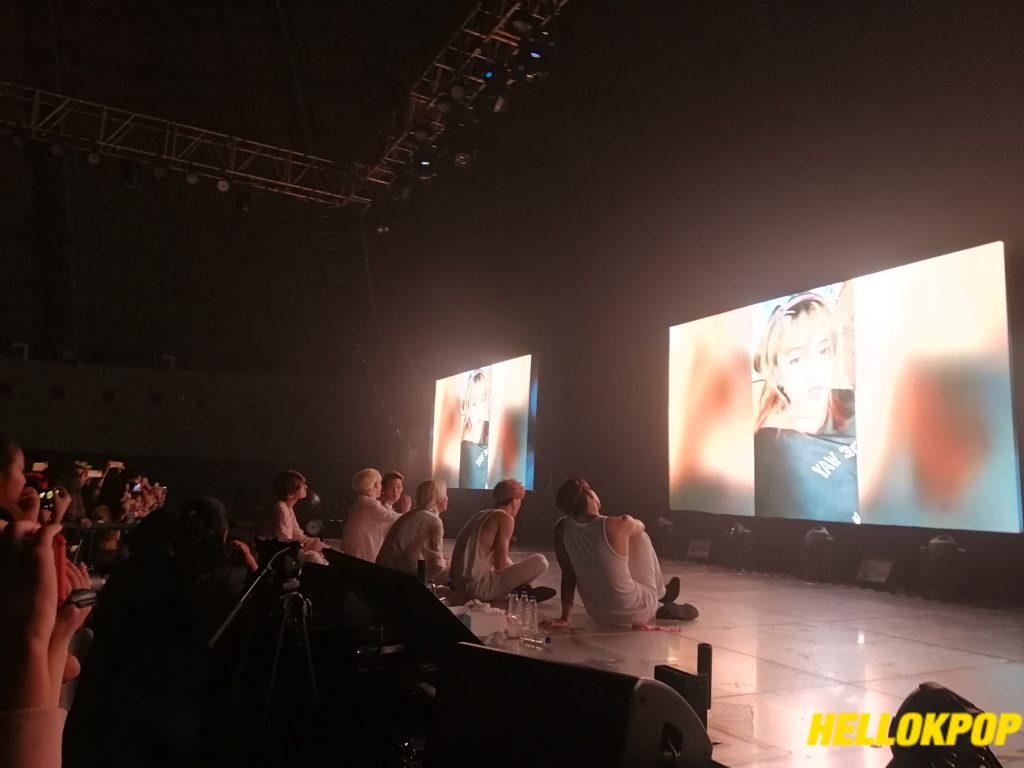 The sweetest ending ever

The group concluded their concert with a touching rendition of “Winter Breeze”. They looked at their fans with love and adoration as they sang one of their ballads.

As they started the night with a bang, they ended it with a party as they performed the English-Spanish version of their latest single as an encore. “Give Me More (Un Poco Mas)” left a sweet feeling to everyone as the concert ended. 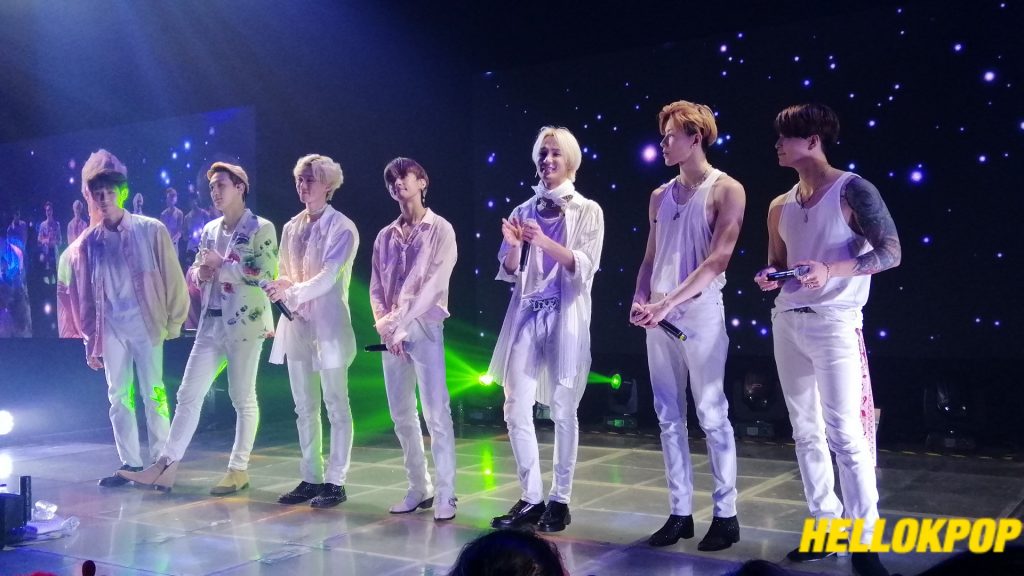 Read: VAV Touches Fans All Over The World With English-Spanish Version Of “Give Me More”

VAV 2019 Meet & Live in Manila is brought to fans by Istudyo ni Pipay and A Team Entertainment.

Hellokpop extends its gratitude to Istudyo ni Pipay for the invitation to the event. The concert was covered by Danah Elyssa Garcia for Hellokpop.