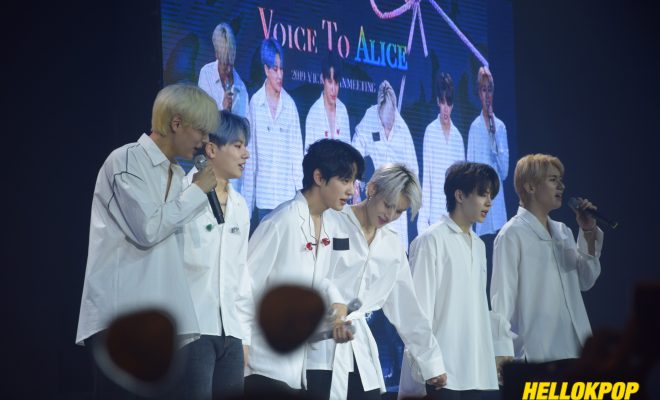 VICTON undeniably made their Filipino ALICEs’ Christmas merrier with their highly-awaited first-ever visit in the Philippines!

Rising K-pop boy group VICTON has recently graced the Manila stage with their variety of charms through Voice To ALICE at the Skydome in SM North Edsa on December 21. 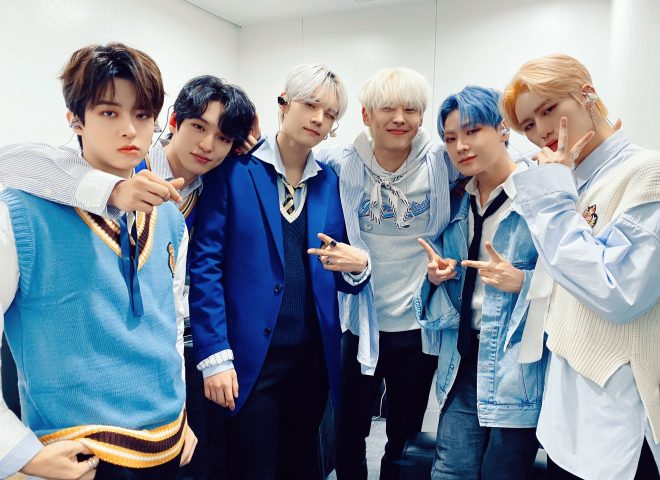 READ: VICTON To Gift Filipino Fans With First-Ever Visit In Manila With “Voice To ALICE”

Donning stylish blue and white ensembles, VICTON, who is now promoting as a six-member group sans their beloved leader Han Seung Woo, kicked off the exciting party with “What Time Is It Now” as their opening number. 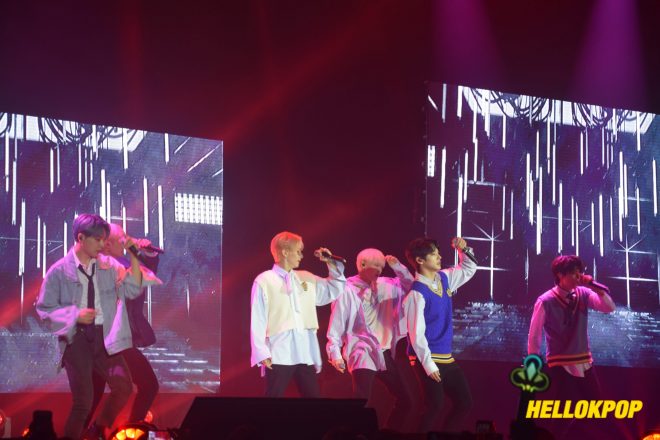 Welcomed warmly by the thunderous cheers from fans, Seungsik, Chan, Sejun, Hanse, Byungchan, and Subin gave their greetings to everyone in the venue.

Currently spearheading the team as a leader, Seungsik revealed that he didn’t expect such warmth from their Filipino fans. But Chan shared that he actually anticipated the passionate support from them. “I would score you guys 100”, he adorably said. 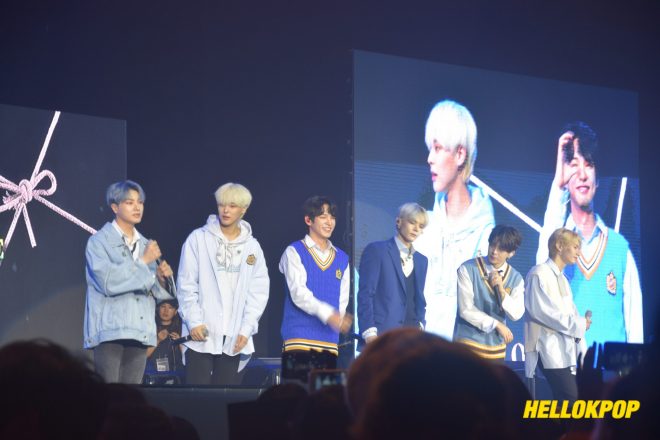 In addition, the handsome and multi-talented idols gamely participated in several fun-filled segments including their Secret Photobook, Listen To Alice, and Silent Dancing.

…they all did the punishment which is to show their sexy moves in the runway! #VICTON is on fiyah! ?? #VICTONinMNL #VoiceToAliceMNL

Quickly after showing their candid sides through the games, VICTON then continued to amaze the audience with a sweet “Farewell” serenade.

Aside from showing off their angelic vocals, VICTON likewise wowed everyone as they flaunted their powerful dance moves. Particularly, they treated fans with a fiery cover performance for “Ghangsta” and a captivating stage for “New World”.

From a captivating cover of “Ghangsta” to a powerful performance of “New World” — #VICTON is undoubtedly impressing everyone here at the SM North Edsa Skydome!! ?? #VICTONinMNL #VOICETOALICEinMNL

Hyping up the already excited crowd, the rising idols then delighted their beloved Filipino ALICEs with stunning numbers for their well-loved track “Time of Sorrow” and their latest title song “Nostalgic Night”.

Returning on stage to their immaculate white outfits, VICTON started their encore set with an exciting performance of “Because of You”.

Receiving passionate cheers from the crowd, the boys then expressed how happy they are to be able to wrap up their first Asian tour in Manila. 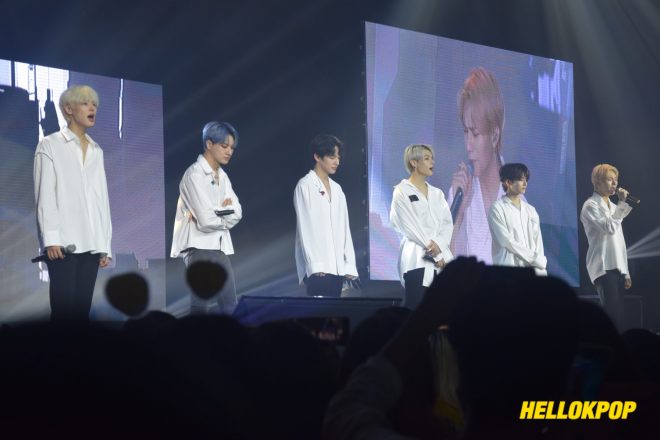 “We hope you will always remember this. Thank you for giving us a memorable time! Please stay healthy, we’ll be back,” Byungchan said.

Sending his gratitude for the growing love from fans, Sejun also acknowledged everyone by saying, “Although it’s our first time here your support is very overwhelming.”

“I thought only the weather is hot. But your welcome is hotter. Thank you because we enjoy our last show in Asia,” Hanse shared.

After thanking fans for their amazing energy, Chan then revealed a sweet wish to their ALICEs. “We have a lot in store for 2020, please continue to support us. I love you,” he added.

The group’s beloved maknae likewise sweetly shared that their fans are all so adorable and beautiful.

Narrating how worried he was to perform for the first time in the Philippines, Seungsik revealed that he is very much happy and surprised with the awe-inspiring love from their Filipino supporters. He then left a sweet promise by saying, “This is the best fan meeting. We’ll surely come back here. “

Filling the venue with blue and white lights from fans, the charming idols bid their bittersweet goodbyes to everyone with a heartfelt performance of their popular track “LIGHT”. 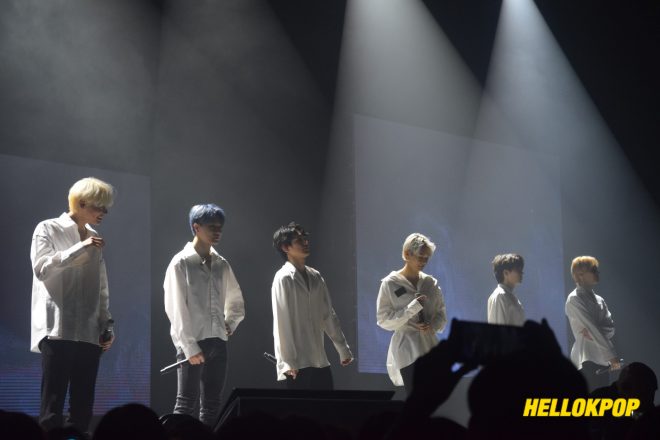 For more than two hours of singing, dancing, laughing, and playing together with fans, VICTON happily gifted their loving PH ALICEs with a beautiful and memorable fan meeting! Filipino fans are surely looking forward to meeting their favorite idols once again and hopefully next time as a full group in a concert tour! 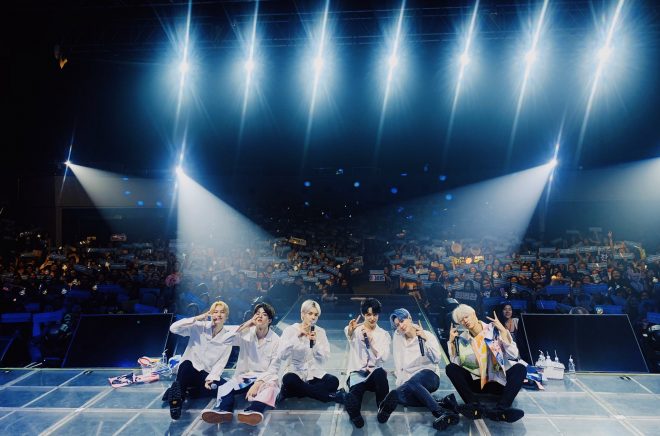 SEE ALSO: VICTON To Bring Over A “New World” With Upcoming First Solo Concert In Seoul

Hellokpop extends its gratitude to P.E.E.P Events for the media invites.