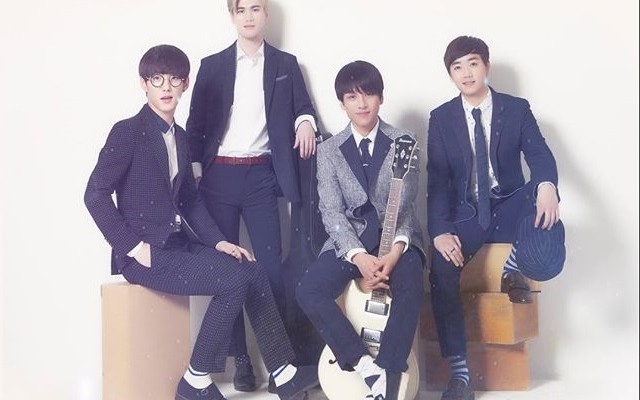 What Lunafly Want You To Know Before Their Europe Tour

After reinventing themselves as a four-man band earlier this year, the incredibly charismatic guys from Lunafly are now ready to meet their Europe Lukies again.

Kanzen Music is excited to bring LUNAFLY RE:BORN to fans, which is a regional tour made up of six shows in Austria, Finland, Germany, Spain, Romania, and Poland, with each show promising to be an unforgettable experience of amazing music and surprises.

Before the tour officially kicks off in less than two days from now, hellokpop has the privilege to conduct a pre-tour interview with Lunafly, for a chance to let fans know what they can look forward in these coming concerts, the boys’ current and future plans.

Q: This is the group’s second Europe Tour (previously with Teo), how do you feel?

A: We are very excited! There are almost all countries we have never been to, so we are looking forward to seeing new faces and exploring some new countries.

Q: What can the fans expect from Lunafly this time?

A: Well, we have changed to a 4 piece band, which means our live stage has developed a lot. We feel like we have progressed musically and we hope our fans see this. There will be songs that fans know, but also quite a bit of new material, which hopefully will be refreshing.

Q: Lunafly will be visiting Bucharest (Romania) again, what was your best memory from the first visit?

A: We remember there was quite a big crowd. The sheer size of the audience certainly sticks in our memory. People there were also very friendly and we felt lucky to be able to perform there.

Q: Lunafly released Spanish tracks, do you have any plan to release songs in other language of the countries you are visiting?

A: Well, we would love to try many many languages. Realistically though, it is tough to release new records all the time in different languages. Our main will be Korean and English, and if we can, we will try to experiment with other languages too.
Q: What would you like to go/see/try in each of the countries this time?

A: Well, it looks like we have a very tight schedule in Europe so it may be difficult to find time, but we love doing simple things like going to a local bar and having a drink. Anything that we can experience the culture in that country is great.

Q: Considering the distance between South Korea and the Europe, how do you deal with long flights and jet lag?

A: Well, when we travelled to Latin America, it took over 30 hours, so less than 15 hours to Europe will be easy! We are pretty much used to sleeping on planes and hotels, so it shouldn’t be too much of a problem. Sleeping at any opportunity is how we deal with it.

Q: After the Europe tour, what is the group’s next plan?

Q: Any word for your fans?

A: Firstly, thank you for all your support over the years. We are currently working hard on producing new music, so we hope you check it out when it is released. We are heading to Europe, including Romania, Spain, Poland, Finland, Austria and Germany, so if you can, come along in September. We will also head to Australia in October. We are planning lots of other shows as well so we hope we can see you all soon!

If you have not, buy your ticket now! Tickets can be purchased via kanzenmusic.com. 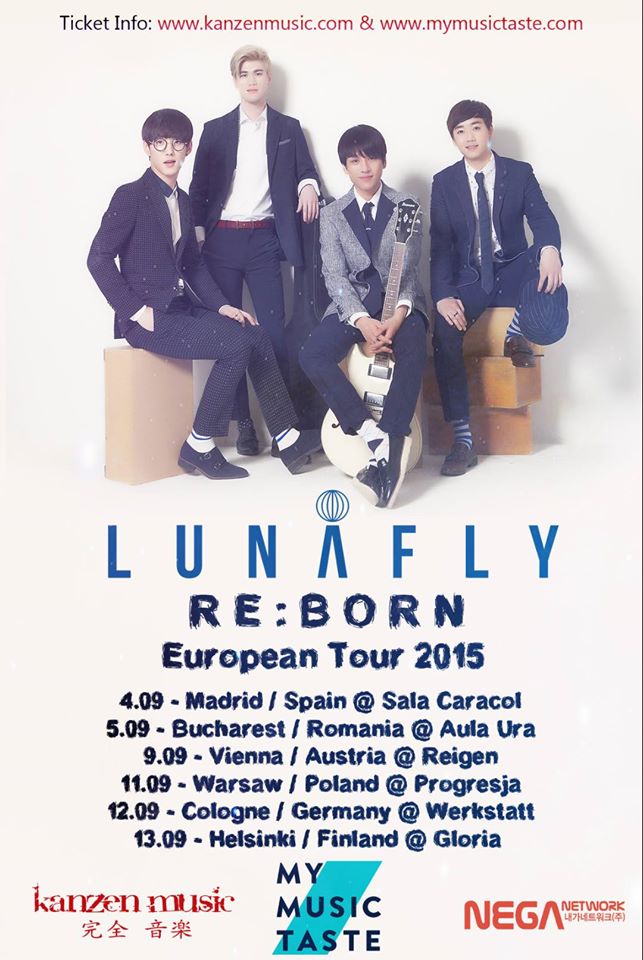 We need your support! If you have enjoyed our work, consider to support us with a one-time or recurring donation from as low as US$5 to keep our site going! Donate securely below via Stripe, Paypal, Apple Pay or Google Wallet.
72
SHARES
FacebookTwitter
SubscribeGoogleWhatsappPinterestDiggRedditStumbleuponVkWeiboPocketTumblrMailMeneameOdnoklassniki
Related ItemsaustriaEuropeFinlandGermanyLunaflyPolandSpain
← Previous Story Meet The Songwriter Behind Girls’ Generation’s “Indestructible”, Red Velvet’s “Candy” And Other K-pop Hits
Next Story → When HIGH4 Meet HIGH5s In Malaysia, It’s More Than Just High Five