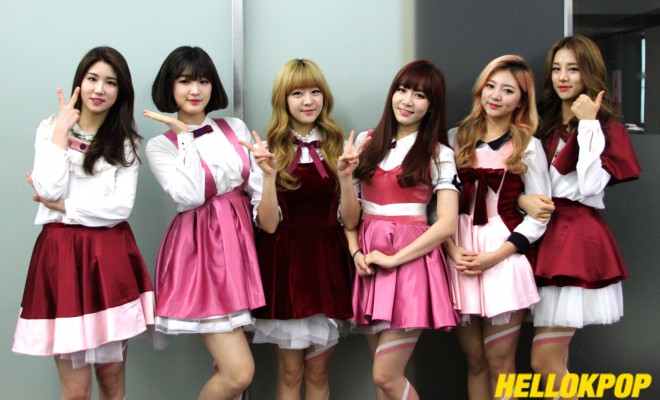 What We Learnt About New Girl Group Laboum

FOR many K-pop fans, there seems to be a growing problem – the idols are getting younger and younger each year. However, if you are looking at the problem the other way, you will realise that K-pop agencies have always debuted groups when the members are still in their adolescences and that the problem is in fact you’re the one getting older.

Maybe a couple of years ago it was perfectly fine for you to be obsessed and lust over an idol who was perhaps 17 or 18 but fast forward to a few years later, it’s a bit awkward to be idolising someone who is much younger than you.

Korean music agencies have a habit of recruiting potential K-pop stars while they’re young, it’s not unusual to do a double-take and be surprised how young some of these idols are.

That was the case when we met rookie group Laboum. 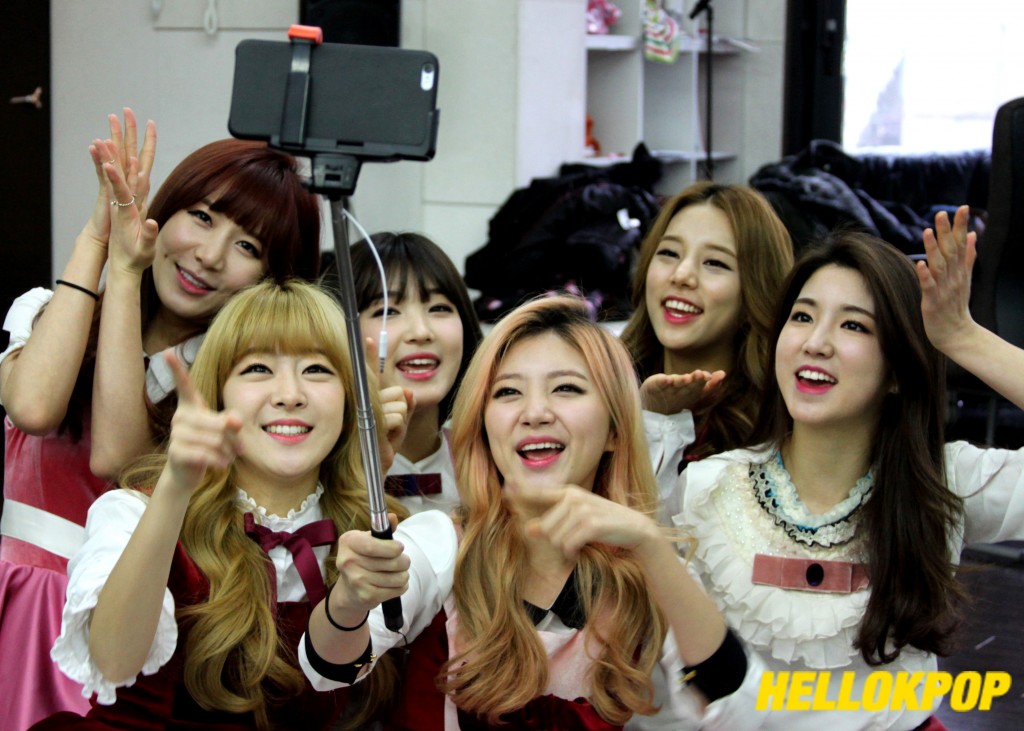 French for ‘party’, Laboum came onto the K-pop scene late last year with their colourful debut song ‘Pit-a-Pat’. The group trained for four years prior and was the first group to debut under the collaboration between agencies NH Media (UKISS) and Nega Network (Brown Eyed Girls, Lunafly).

We arrived at NH Media’s office in Seoul and was led to a dance practice room, where we waited for Laboum to arrive. After a few moments, a van arrived in front of the building and we could see a group of six uniformed girls run out of the vehicle with blankets wrapped around their waist to protect them from the icy weather.

Laboum greeted us individually and asked for a moment to do some last minute touch-ups on their makeup. As we waited and set up our equipment, I couldn’t help but noticed how the girls were chattering and fixing each other’s makeup like high school friends before a prom night.

Before the interview started, the group’s youngest member Yul Hee, 17, approached us almost nervously and asked if she could use the toilet as if we were her teachers. We did figure afterwards that it must’ve been our seniority that prompted her to ask us (I’m 21, old I know) as a form of respect.

The interview was a selfie-styled interview intended to give the group a more personalised communication to our readers and their fans. The girls were very comfortable and bought a lot of excitement with them, just as their name Laboum suggested. Like a group of friends, the girls teased each other as they asked and answered each other’s questions.

“The first question. ‘Is there any nickname that the group wants to hear?” The group’s oldest member Yoojung asked the group.

Solbin’s hand jumped up to answer.

“I wanna hear ‘wow’-dol. It’s because I hope every concept and activity that we do makes people to say ‘wow, they’re doing well. They also go well with that concept.’” She said as the her fellow members playfully poked her in the face.

The other girls nodded in agreement.

“Wow~!” They all exclaimed and then burst into laughter.

Laboum may be signed to a major agency and have a career planned out for them, but they showed that they have concerns and problems just like the rest of us.

When asked about a talent she wanted, Yulhee raised her hands and told the group that she wished she had the talent to eat and not gain a lot of weight. The other members agreed and pointed it out that it was a wish everyone had.

The group then began to compliment and reveal to each other what they were envy of.

Aside from their alluring image, the members expressed their interests in other genres such as hip-hop.

“I want to try hip-hop. It seems our members don’t get along with hip-hop… you know what I mean? Our members have brightly shining eyes.” Solbin joked about her group.

“I feel like we tried only cute things. So I want to try a hip-hop concept.”

Haein agreed and asked the group if there were any other concepts.

Yulhee responded: “Someday, I want to try the seducing concept – it can get along well with us!”

Then Yoojung’s big sister instincts came out and said that idea made her worried.

“Still, it’s make me worried [about the seducing concept], maybe in the future we can do that.”

Laboum’s bond with each other and their determination to achieve their dreams showed that their age and youth was not going to stop them.

The group has already released two singles since their debut in 2014 and appeared in a string of music videos for their label mates Brown Eyed Girls, UKISS and Im Chang-Jung. Laboum is determined to take their careers even further by hoping that 2015 will be the year that they release their first number one song and be invited to perform at an end of year award ceremony.

“In 2015, I hope we make people to be known more about LABOUM!” Yoojung said.

One action is equivalent to one entry, participants can share and comment multiple times in accordance with Facebook’s terms and conditions. Winners will be chosen randomly when the competition ends on Friday 13 February, 2015 12 11:59PM KST.